The shortest day has been and gone, summer starts here...Dan Alexander is the man behind the keyboard for Wednesday's live blog... 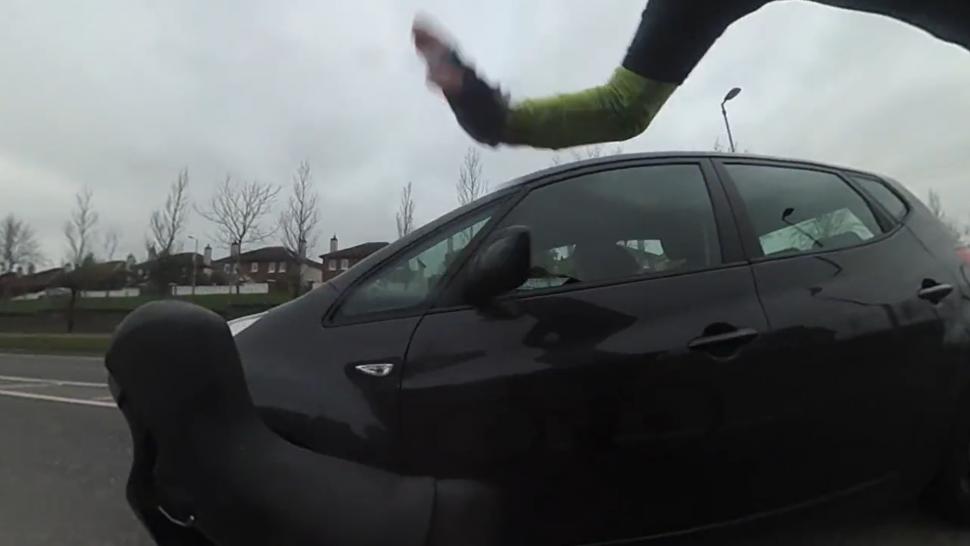 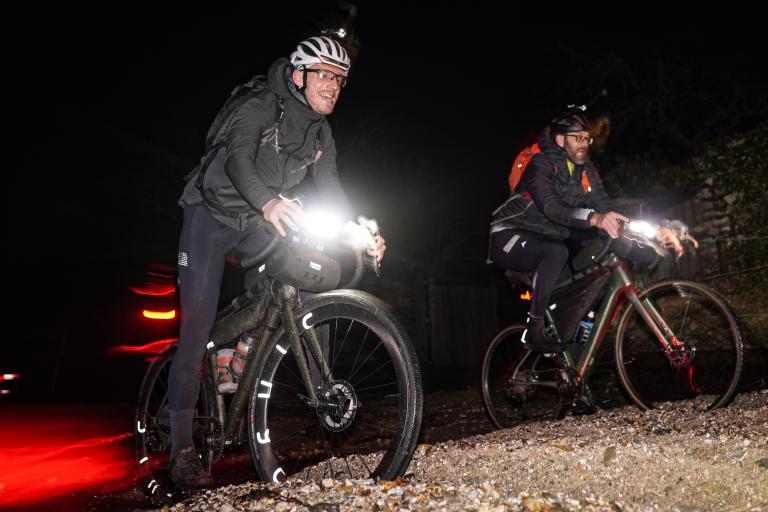 Floyd Landis is back in pro cycling again, this time as the sponsor of a team focused on gravel and mountain bike events in the United States. Floyd's of Leadville Racing takes the name of Landis' CBD company and will initially start with five riders, including guest rides from the stripped 2006 Tour winner.

"Bicycle racing is where our core customers spend their energy and attention and we felt that being at the races would be an important step to further grow our brand," Landis said.

"Our aim with the programme is to create a family feeling, and develop a racing culture that emphasises the experiences and stories we will share together, more than racing results." 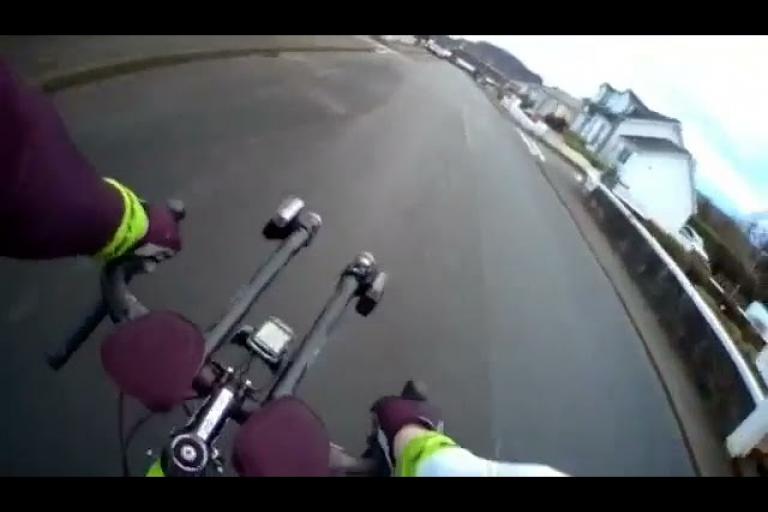 Near Miss of the Day 683: Oncoming driver misses cyclist by inches

Yay! Thanks to @4wheelstable @YorkCycle @stephendfenton and others for your persistence! It's not just the disabled who have trouble with these. Removing them encourages #activetravel & might persuade a few more to cycle. Thanks @CityofYork - my day has improved! https://t.co/dmjY8DocnT

Fatal collision happened yesterday morning – police appeal for witnesses
3
22 December 2021, 14:11
We're going to need a bigger live blog...reaction floods in for our main story of the day — is it fair enough to hit a close pass driver's car?

Well, I wasn't expecting this strong a reaction. 65 replies on Twitter, 138 comments on Facebook, an Olympic gold medallist getting involved...I reckon we could dissect this for the rest of the week.

First up, 2016 Rio gold medallist Callum Skinner had this to say...

However, if I can touch a car it’s way too close and it’s questionable if they’ve even seen me. 90% yield an extra ft after a “tap”, it’s natural to steer away from a noise. The driver almost always goes ballistic after. An un-pleasant emotional rollercoaster🙃 https://t.co/RHU9xLEEUm

If cars came to a stop or really slow down further up the road, a mate of mine used to open the rear passenger door of the offending car, so they'd have to get out and close it. He said it was pretty but satisfying.

More than fair - if someone uses a car to intimidate and attack it’s pretty much my only action/reaction I’ve got.

Putting up with it until they drive off into the distance isn’t going to cut it either.

Not everyone was in agreement though. Some pointed out the danger of not knowing how another road user might react to you hitting their car...

More than fair - if someone uses a car to intimidate and attack it’s pretty much my only action/reaction I’ve got.

Putting up with it until they drive off into the distance isn’t going to cut it either.

Dangerous move, the last time I did that the driver tried to run me into the parked cars on my left, they DO NOT like you touching their precious car!

On Facebook, Jase Clarke seperated the question into two scenarios: first, if you hit the car during the close pass to let them know you're there. Second, the situation in the original video where the rider hits the vehicle when they catch up after the close pass..."In the first case, sometimes it’s a necessity to let them know you’re there, and that they’re too close. In the second one, it’s a no."

Chris disagreed with the idea that it's ever acceptable, "No, it's not ok, as it shows self-righteousness and pompous narcissism, shout and scream but don't touch anyone's property."

Onto the live blog comments now, Bart P thinks: "Is it fair? Yes. Does it feel rewarding? F*ck yes. Should you do it? Hell no. You simply don't known who is behind the wheel of the car and unfortunately there are some proper nutters out there."

Gsteve68 added: "All I can say with regards to hitting out at a close passing car is please don't. Rise above it, record and report it by all means but we all know that many drivers have an irrational dislike of cyclists and a feeling of entitled superiority in their cars.  Many drivers have a special bond with their car and and assault on it is an assault on them

"In a moment of madness their vehicle can become a weapon and 2000ish kg v 100ish kg is only every going to have one outcome whether you're in the right or not. There are too many cases where a driver has killed or seriously injured a cyclist with a punishment pass or brake test and I'm sure the driver's reaction in that moment was simply 'I'll teach that bloody cyclist a lesson' stupidly ignorant to the potential consequences."

Awavey agreed: "It might be an understandable reaction to slap a vehicle close passing like that, but it's a really bad idea imo. It absolutely does escalate the situation and puts you in far more danger, a cyclist will always come out the loser in a fight between a vehicle with an angry driver at the wheel, no matter how big, tough or macho you think you are. Save the satisfaction for reporting the driver instead, which as the original video poster highlighted, they instantly forfeited the right to."

And to Sriracha who rightly noted I claimed the longest day has just been and gone, no, I'm unfortunately not WFH Down Under...the dangers of writing at 8am...the shortest day has just passed... 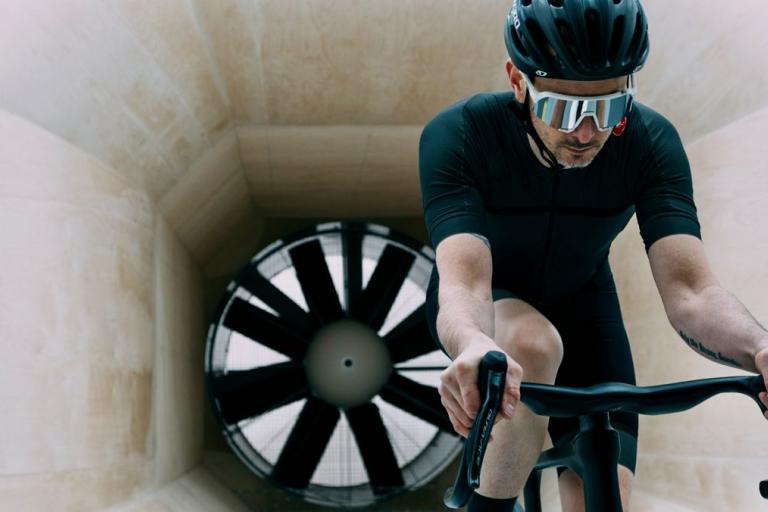 2021 bike tech in numbers: it has been an incredible year for statistics!

As cyclists we’re bombarded by claims that the latest bikes and kit are lighter, stiffer, and more aero than what has gone before. Here are the best claims we've heard over the past year
1
22 December 2021, 12:24
Best new pro kit? Team SD Worx' colourful number worx wonders Stick that up your "loophole" 🖕 https://t.co/2uL0pjQuMc

Writing about Mr Loophole in the CyclingMikey post earlier reminded me to remind you to check out yesterday's story confirming the Government has "no plans" to make cyclists wear identification numbers. To be honest, we knew this would be the case, but in the face of some loopy petitioning from Mr Loophole Nick Freeman, we thought you'd be quite pleased to read the response...

The lawyer famous for getting celebrities off driving charges scraped over the 10,000 signatures required to hear an official response, but didn't get the answer he wanted...here's some of your reaction...

Steve K commented: "The response we all knew was coming, because the government has said it before (and recently) - a petition that barely made the threshold was hardly going to change their minds. Freeman could have saved himself a lot of trouble by simply writing to the government and getting the same response. But at least he can't complain that he hasn't had a full, well-reasoned and well-argued response."

EddyBerckx said: "Considering the amount of national publicity and social media hate mobs the petition just scraping over the 10k mark is actually a pretty positive thing. He knew nothing would ever come of it. He just wanted free publicity."

Guy Ritchie was the first big-name celeb caught using his phone behind the wheel by Mikey. Then, this summer, Chris Eubank, plead guilty in court and was given three penalty points and £280 in fines, court costs and fees after Mikey reported his video of the former world champion boxer using his phone and jumping a red light.

Most recently, former England and Chelsea footballer Frank Lampard was caught by Mikey, allegedly juggling coffee and a phone while at the wheel. Lampard will appear in court next month, represented by a certain Nick 'Mr Loophole' Freeman...

All three of these were picked up by national news outlets here in the UK, and it seems even newspapers overseas are interested in Mikey's story...

This is a full-page feature in de Volkskrant, a Dutch daily newspaper with a circulation of around 250,000.

There’s a new automatic cycling route creator app on the market that works across the UK and Ireland.

The Huli Cycling Routes app creates routes for road, off-road and city riding, and you can specify distance or time, hilly, flat…

It's designed to be super simple to use, meaning you can create routes in seconds, says its developers, which sounds similar to Strava’s suggested route update this year.

With this, you’ll be able to specify a weekly distance target, how many rides you want to do, and the app will automatically create routes of varying length/duration every week for you to beat the target.

It’s available on iOS and Android.

22 December 2021, 09:32
Behind the scenes of Cav's Merckx-equalling win, Champs-Élysées disappointment and Paris party

Three days 'til Christmas but Deceuninck-Quick-Step are giving out the presents already... what more could you want than part three of the team's behind the scenes series from the Tour de France? It's the big one too...Cav's 34th stage win, the battle to stay in the race through the Pyrenees, Champs-Élysées disappointment, green jersey celebrations and post-race reflection.

You know the drill by now, it's mainly just 22 minutes of watching Cav hugging his teammates and staff (with a very wholesome scene with a fan at nine minutes too). You'll also see a little bit too much of Kasper Asgreen during the final stage pre-race meeting... most importantly it'll scratch that pro racing itch for another few hours. Roll on the new year...

He should be reported for this blatant disregard but I forfeit the opportunity by assaulting his car. Couldn’t resist the instant retribution not to mention satisfaction 😂😂😂 pic.twitter.com/ANJELVWTBG

We've all been here: driver just has to get in front, overtakes just as the car ahead brakes to stop in traffic, overtaking car gets ten metres up the road before having to brake, you sail up the inside giving your best 'well that got you far didn't it mate' face.

That's what I do. Sometimes if I'm in a particularly bad mood they might get the exasperated hand off the bars and shake of the head, maybe even a cheery wave, but I can't say I've ever thought to do this...

Is it fair enough to give a close pass driver's car a slap on the way past? Righttobikeit said they'd normally just report the driver, but in this case couldn't resist more direct action.

In the Twitter echo chamber, the replies were unanimous in saying 'fair enough'...

Fair satisfaction in that. And what they gonna do, there is no damage, just push it back out is all.

Last time I did that, the “premium car” wing mirror fell off. Not my intention. However anyone that close passes like that, I will slap their wing mirror in as obviously they don’t use and or need it. Makes it more aero anyway. Probably saved him / her some fuel / money.

But what do we reckon? Should you rise above it or is it a fair response to someone putting your life in danger?