No sign of Garmin Connect coming back any time soon. Meanwhile ...

Which one of your drunkards painted this path?! from r/CasualUK

This outage also affects our call centers, and we are currently unable to receive any calls, emails or online chats. We are working to resolve this issue as quickly as possible and apologize for this inconvenience. (2/2)

Hi there! The tip of the day: host your status page ( https://t.co/A6wGaM15OU ) elsewhere than on your own servers 😅 Cheers guys, keep the good work (and release the edge 1040 soon ❤️)

Hey Garmin! I slept last night but I don’t know how many hours? Usually my Garmin 935 tells me if I slept okay or not. Now I just don’t know what to tell my kids if they want to play som outside games with me. Because I can’t answer them if I’m tired or not. Please help.

You probably wouldn’t be up for the prologue of the Sibiu Cycling Tour any other year, but there’s that whole pro-cycling-is-actually-happening angle today.

They’re not going overboard though. They’re kicking things off with a colossal 2.5km prologue from 3.45pm.

Maybe you can come up with your own because we're struggling to find the words.

The presence of four former national champions on the ride almost seems the least remarkable element. Remember that sponsorship deal involving GreenEdge/Mitchelton-Scott a few weeks ago?

We weren’t especially surprised when the GreenEdge deal fell through, but Gazzetta dello Sport reports that the Manuela Fundacion is now being linked with Team CCC.

The Manuela Fundación is due to launch in Spain on October 4, and a pro cycling team is apparently seen as the ideal way to promote its charity work. 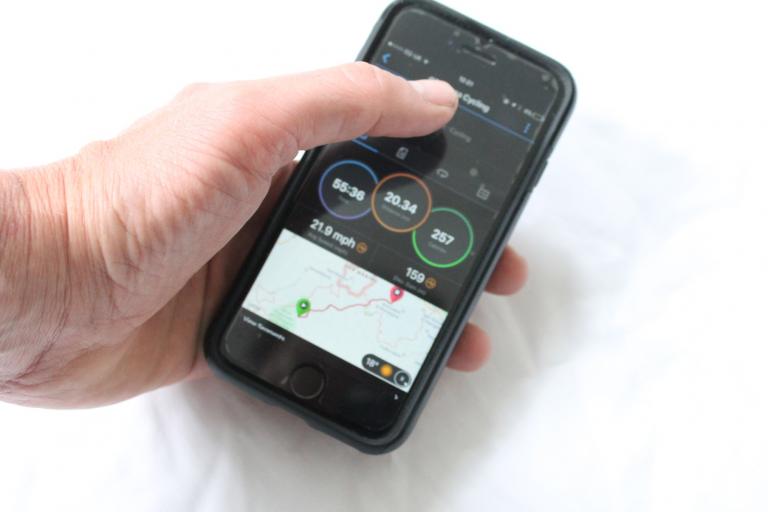 Garmin Connect is down worldwide – but there’s a workaround Tickets cost £120 (plus booking fee) for what the organisers bill as, “a full weekend of Maxin' and Relaxin'.”

Team Ineos Grenadiers, technically, but it's probably going to be a few more weeks before we can fully come to terms with that one.

Seems like INEOS will be using Lightweight wheels during the TdF, just like last year #marginalgains pic.twitter.com/CbFMbC1wrb On sale at Evans.

Plenty of people are venting their frustrations online because Garmin Connect's down - seemingly worldwide.

Pretty much all of the firm's online services have been affected.

Our servers are currently down for maintenance & it may limit the performances of Garmin Connect Mobile & Website, and Garmin Express. We are trying our best to resolve it asap. We seek your kind understanding & apologise for any inconvenience. Film director Guy Ritchie – probably still best known for Lock, Stock and Two Smoking Barrels – has been banned from driving for six months after cyclist Mike van Erp shot footage of him texting at the wheel of his Range Rover.

The footage is over at the London Evening Standard.

The incident occurred in November in Hyde Park.

Van Erp said: “I spotted this driver texting on his phone. I stopped and whilst waiting for traffic to clear could clearly see the driver typing on his phone. I then crossed to the driver’s side where I saw his iPhone lit up with the classic blue and grey message bubbles of Apple iMessage, with text, and a message in process of being typed but not sent.”

In the video, Ritchie winds down his window and says, “Hello my friend.”

Van Erp says: “I don’t think you should be using your text messages while you are driving. I saw you doing it back there as well.”

Ritchie then pulls away.

After pleading guilty to using a handheld mobile phone/device while driving a motor vehicle on a road, he was given six more points and banned from driving for six months.

Van Erp – who regularly submits footage of drivers to police – added: “I had no idea it was him. I pulled up beside him on my bicycle and told him he was using his mobile. He said he had stopped in traffic. Drivers should not be doing this and people like me serve as a deterrent.”

There was an interesting consumer tale in the Guardian this week: a person who ordered a bike from Evans in May who still hadn’t received it just over a week ago.

In April, Evans was slammed for not telling customers about delays on ‘in stock’ bikes. This was not long after it had done a U-turn on above-RRP turbo prices following a customer backlash.

Writing to the newspaper’s consumer affairs page, MR said they ordered a bike in May and on June 1 were told it was still being built but that it would be shipped in two to four days.

They never got it.

The Guardian contacted Evans about the problem but were ignored.

“It saddens me to write this because Evans used to be a great store full of helpful, knowledgeable staff,” says the Guardian’s consumer affairs writer, Miles Brignall. “But since Sports Direct took over, things seem to have gone rapidly south.”

MR subsequently took the matter up with PayPal – which is how they’d paid.

Evans emailed last week to cancel the order, claiming an “internal system error” and promising a refund in seven days, plus a £25 e-voucher to say sorry.

Brignall’s verdict is damning: “I would not buy anything from this company unless I could pick it up, there and then, in person. When a company the size of Evans – it has 50 stores – can’t be bothered to get its press office to investigate letters like this, it says to me that it doesn’t place any value in talking to its customers.” Video: YouTuber tries to ride from London to France on Santander Cycle - and return it inside 24 hours

Might be worth filling this out. The aim is to help tourism businesses gear themselves towards cyclists.

Do you want to help tourism businesses better meet the needs of people who cycle (no matter how far or fast)?

Thank you to everyone who has shared their cycle tourism interests in our survey - if you haven't yet, please complete it by Friday 24th July: https://t.co/r5vWBuMs7C pic.twitter.com/Gb7VXL5LJ8

🚴 Boost your cycle confidence with our new Cycle Skills course!

New data from YouGov released by us today shows the public is overwhelmingly in favour of measures to encourage walking and cycling with 6.5 people supporting changes to their local streets for every 1 person against. Thieves are back in force with huge year-on-year jump in thefts logged by BikeRegister
0
23 July 2020, 09:03
Countdown to the Olympics

One year to go! (Again 😅) pic.twitter.com/ueFd6YLp4Q

As Copenhagen’s former Mayor of Technical and Environmental Affairs, Morten Kabell, once put it…

Incidentally, today's prologue at the Sibiu Tour is 2.5k long. That's not really very long at all, is it?

This from my colleague Simon, who points out it’s, “one of the battleground streets just off the High Road with the Chiswick Tories.”

What will it take for certain local councillors to support safe space for cyclists and pedestrians?