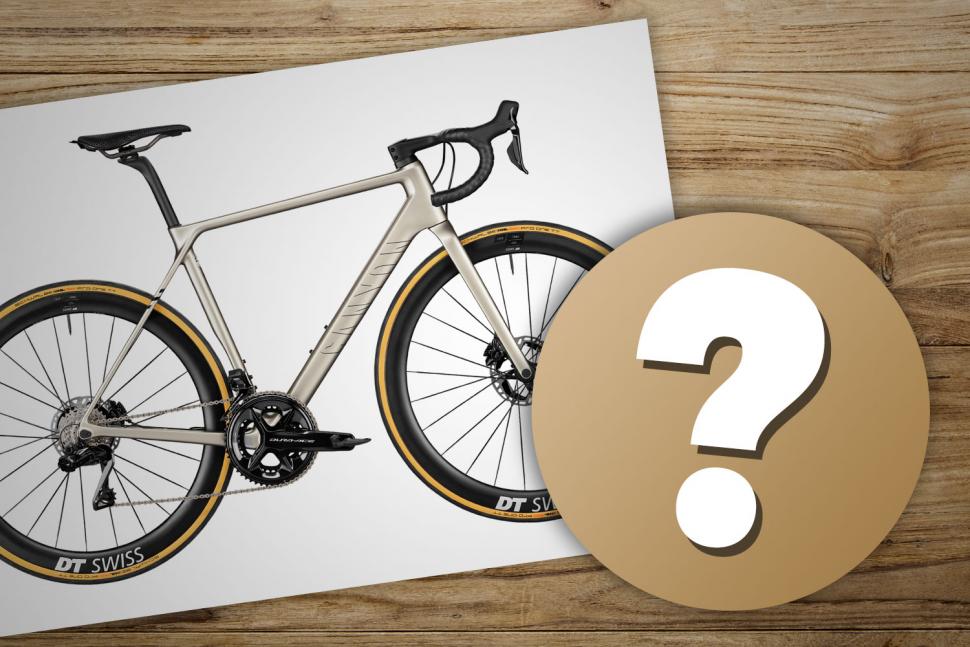 Will Canyon trickle over features from the Aeroad? Will rim brakes remain an option? How about a non-slammed geometry option for those who simply want to ease their way up the climbs?
by Anna Marie Hughes

The Ultimate is Canyon’s all-round lightweight road bike that’s about to be revamped, so what updates can we expect and hope for?

Canyon's website has a 'coming soon' page that now features the Ultimate so there's not much doubt that a new one is on the way, it's just a question of exactly when. Plus, we know that the Ultimate is due a refresh; the Ultimate CFR was introduced in 2020 but other versions are older than that.

The UCI's List of Approved Models of Framesets often confirms that new bikes exist, and also that they can be raced. The Ultimate hasn't yet appeared on there yet, but that doesn't make much difference to the likelihood of the bike showing up soon. Sometimes they are approved and kept off the list until after the official launch.

With a frame that weighs just 675g, a fork that's 285g, and a complete bike weight of 6.2kg, the Ultimate CFR is well below the UCI's 6.8kg minimum weight limit for racing. But it’s not the lightest disc brake road bike out there, with Specialized dropping even more weight with its Specialized S-Works Aethos just a few months later, and coming in at 5.9kg…

Canyon has plenty of experience when it comes to challenging the scales, creating a prototype bike weighing a mere 3.7kg way back in 2004. We're obviously not expecting anything like that for the Ultimate but perhaps weight is an area there’ll be hoping to reign supreme in again.

The adding of aero features to lightweight models is something that we’ve seen a lot lately – with Merida’s Scultura and Specialized’s Tarmac, for example – brands figuring that they almost might as well if they can still get bikes down to 6.8kg. 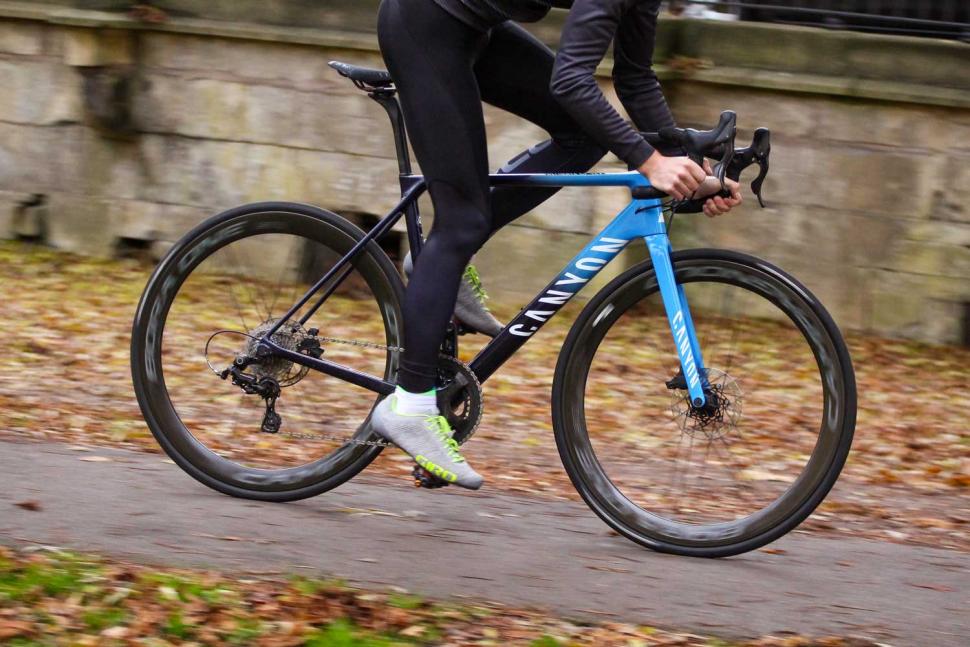 To reduce drag, Canyon could drop the seatstays more and tuck the cables in by internally routing them through the handlebars and inside the head tube. Fully-internal cable routing has become a feature of nearly all high-end road bikes over the past few years. There are exceptions – Giant's TCR, for example – but we'd be hugely surprised if Canyon didn't go down the internal cable routing, er, route.

Canyon may well trickle over specific features from the Aeroad. The brand designed a new way of adjusting your stem position that doesn’t involve cutting down your fork steerer. You get 15mm of height adjustment via 10mm and 5mm aluminium spac­ers, and so that could be a useful inclusion for the Ultimate.

We expect Canyon to steer clear of a seatpost design with engineered flex that's in any way similar to that of the Aeroad, though, given the issues with excessive wear on at the point where the post meets the seat tube.

The disc brake models can take up to 30mm tyres. Perhaps Canyon will increase that to 32mm so that wider tyres with lower pressures can be run for higher levels of comfort.

Canyon could be designing in more flex to make the Ultimate a more comfortable ride. With aero bikes becoming more ubiquitous, climbing bikes are also doubling as more comfortable bikes - especially as there’s only so much compliance you can engineer into massively boxy aero tubing.

Will there be rim brakes? 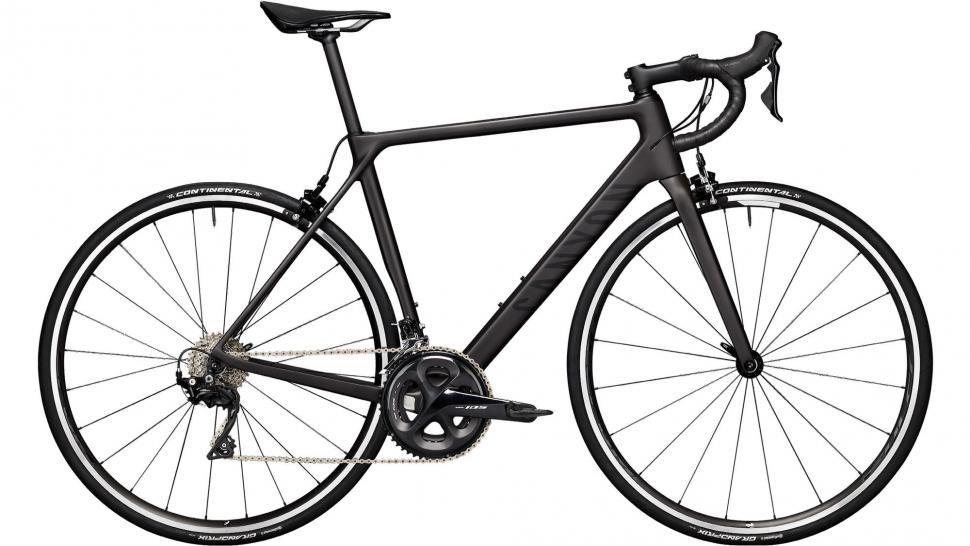 In its updated Endurace range, Canyon has kept rim brakes on the two lowest spec aluminium models, the £1,299 7 RB and the £1,099 6 RB, and so could do the same for the Ultimate.

On lower spec bikes, the weight savings from a lightweight rim brake set up and the feel of rim brakes over basic mechanical disc brakes can be nicer,  at least in the dry.

Aside from the obvious moves to drop even more weight, reduce drag (as mentioned above) and focus on comfort, here’s some other more interesting directions Canyon could take with its lightweight climber's bike…

Another avenue Canyon could go down is opening up its lightweight option to those who want to enjoy pacing it up climbs but don’t want to be stuck in a slammed position.

While the Ultimate is great for those who can shift and hold themselves in an aggressive position, not everyone who wants a really light bike is race-orientated. Specialized realised this and launched the ultralightweight Aethos with complete bikes weighing in at 5.9kg which is below the UCI weight limit of 6.8kg and so couldn’t be used in competition as built. At the launch, Specialized said that the Aethos is aimed at riders who prioritise handling and ride quality above aerodynamics, and who want the ultimate high-performance road bike unrestricted by competition rules.

That said, Fairlight is currently quite unusual in offering its bikes in differing geometries, giving you a near-customised frame build without the expense. Each size available in a regular (R) or tall (T) fit.

To offer your lightest bike in a non-racey geometry would be a bold move that’s very similar to Specialized’s Aethos idea, but one that could certainly appeal to lots, and offering two geometries is not something that’s completely unheard of.

The return of a race-focused aluminium model

Modern alloy race bikes often have similar looks and handling to carbon bikes but at a much lower price point. Hydroforming, in which aluminium tubes are shaped by liquid under immense pressure, has really helped increase strength and cut weight.

Canyon certainly hasn’t been neglecting its aluminium models. The brand’s most recent update was to its Endurace range and its AL was given attention with a new “stiffer, more precise fork” and Canyon says it aims to meet the demand of newcomers discovering cycling by “raising the bar for quality at more affordable price points”.

The stack/reach on the Ultimate CF SLX is 1.45 which is a much more aggressive position compared to the Endurace CF which is 1.56, and so there is definitely space for a more race-focused alloy option from the brand. 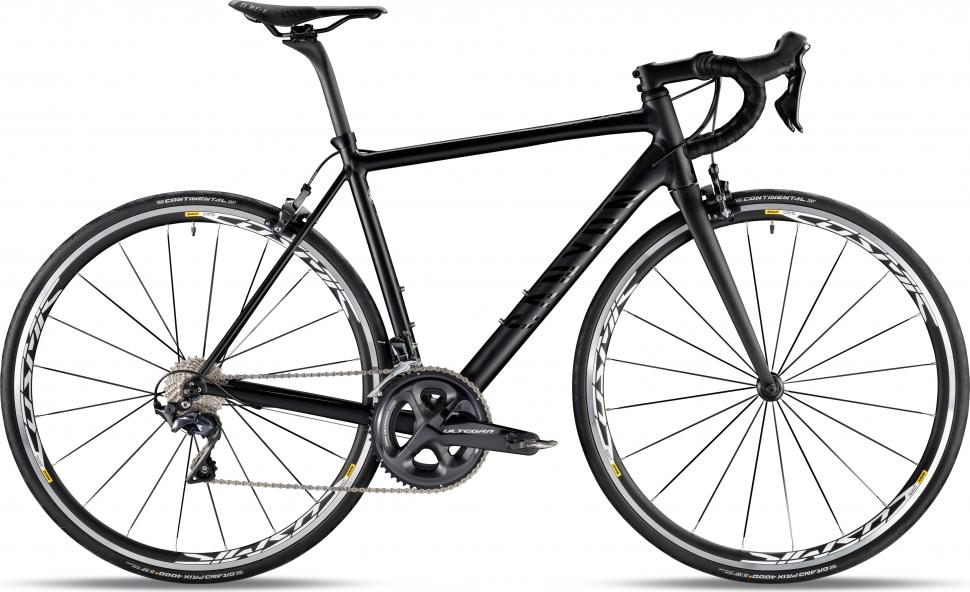 With an aluminium frame option, Canyon has managed to start its Endurace range as low as £1,399. It’d be great to see the Ultimate range come down to a slightly more accessible price point.

There are also few race-focused performance alloy bikes around currently. Trek’s Emonda ALR disc-brake bike is one option - it’s built to Trek's H2 geometry, which is a little less low and stretched than the H1.5 setup found on the carbon Emondas but the H2 is still focused on speed. Bowman Cycles was the British brand that was all about producing performance alloy racing machines, but unfortunately the company liquidated earlier this year following continued supply chain issues.

What updates would you like to see to Canyon’s Ultimate range?