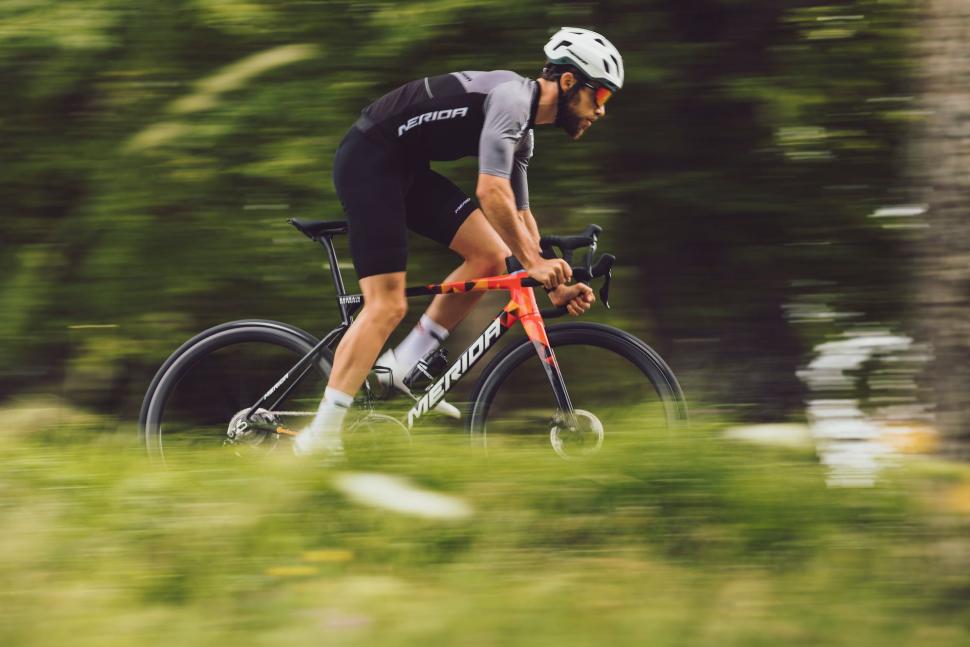 Merida has updated its Scultura road bike, saying that the new 2022 Scultura Team is lighter than previously with a hugely reduced drag, while also being more comfortable. This model also comes with Shimano's new Dura-Ace 9200 groupset. 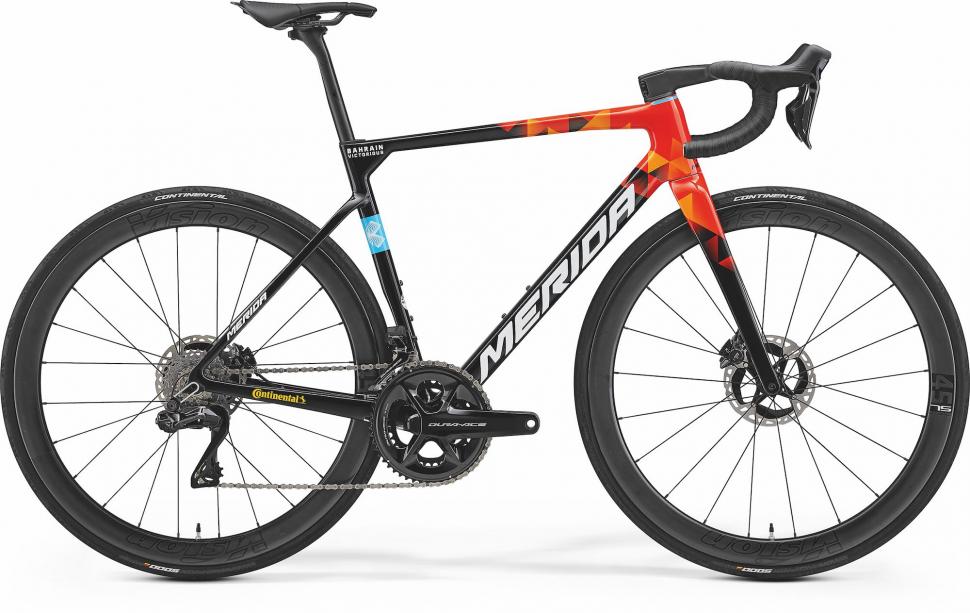 Lighter, more aero, more comfortable: where have we heard that before? At pretty much every high-end bike launch. Merida does, though, support its claims with plenty of figures (see below).

The Scultura sits alongside the Reacto at the top of Merida’s road bike range. While the Reacto is all about aerodynamics, the Scultura has always been the lightweight model, but Merida has focused on reducing drag with this fifth incarnation.

The adding of aero features to lightweight models is something that we’ve seen a lot lately – with Trek’s Emonda and Specialized’s Tarmac, for example – brands figuring that it makes sense if they can still get bikes down to the UCI’s 6.8kg minimum weight limit for racing.

Merida says that the new Scultura is “drastically more aerodynamic” than previous models.

“We’ve reduced the frontal area of the Scultura, adapting aero specific Reacto design features around the head tube and fork area, introducing complete cable integration with our one-piece cockpit, hiding the seatpost clamp and lowering the attachment points of the seatstays.” 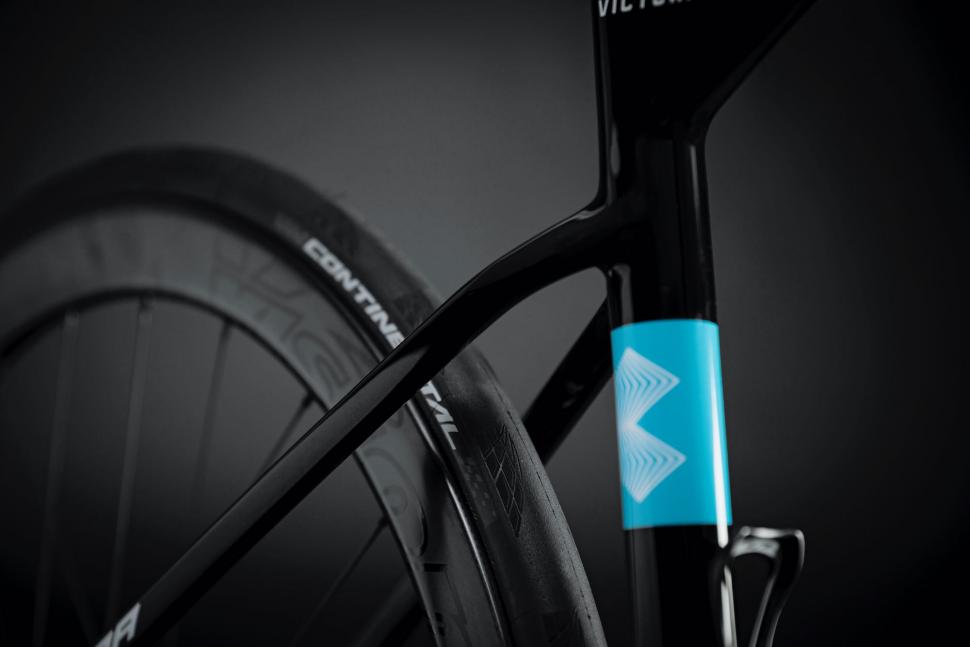 The seatstays previously met the seat tube at the same level as the junction with the top tube but they’re now far lower. Merida says that the aerodynamically optimised head tube shape was first seen on the Reacto, while the wide bend fork blade also helps reduce drag. 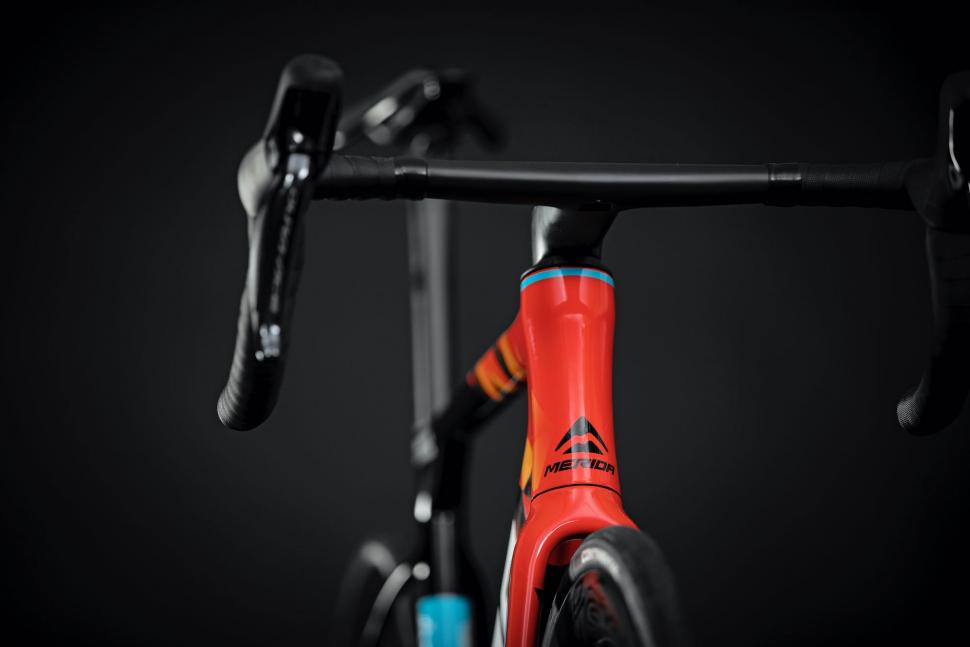 “This adds up to some substantial drag reduction,” says Merida. “The aero performance of the new Scultura improves from the 234.3 watts at 45km/h (28mph) of its predecessor to an impressive 224.5 watts at 45km/h (28mph), all while staying below 7kg in a race ready setup. By fitting even more aero optimised wheels and tyres, the aero value can be reduced to a staggeringly low 217.7 watts at 45km/h.”

Merida says that the 2022 Scultura has a resistance that’s 10 watts higher than that of its Reacto aero road bike (in other words, achieving 45km/h would require that you put in an extra 10 watts on the Scultura) when both are fitted with 60mm deep aero wheels. 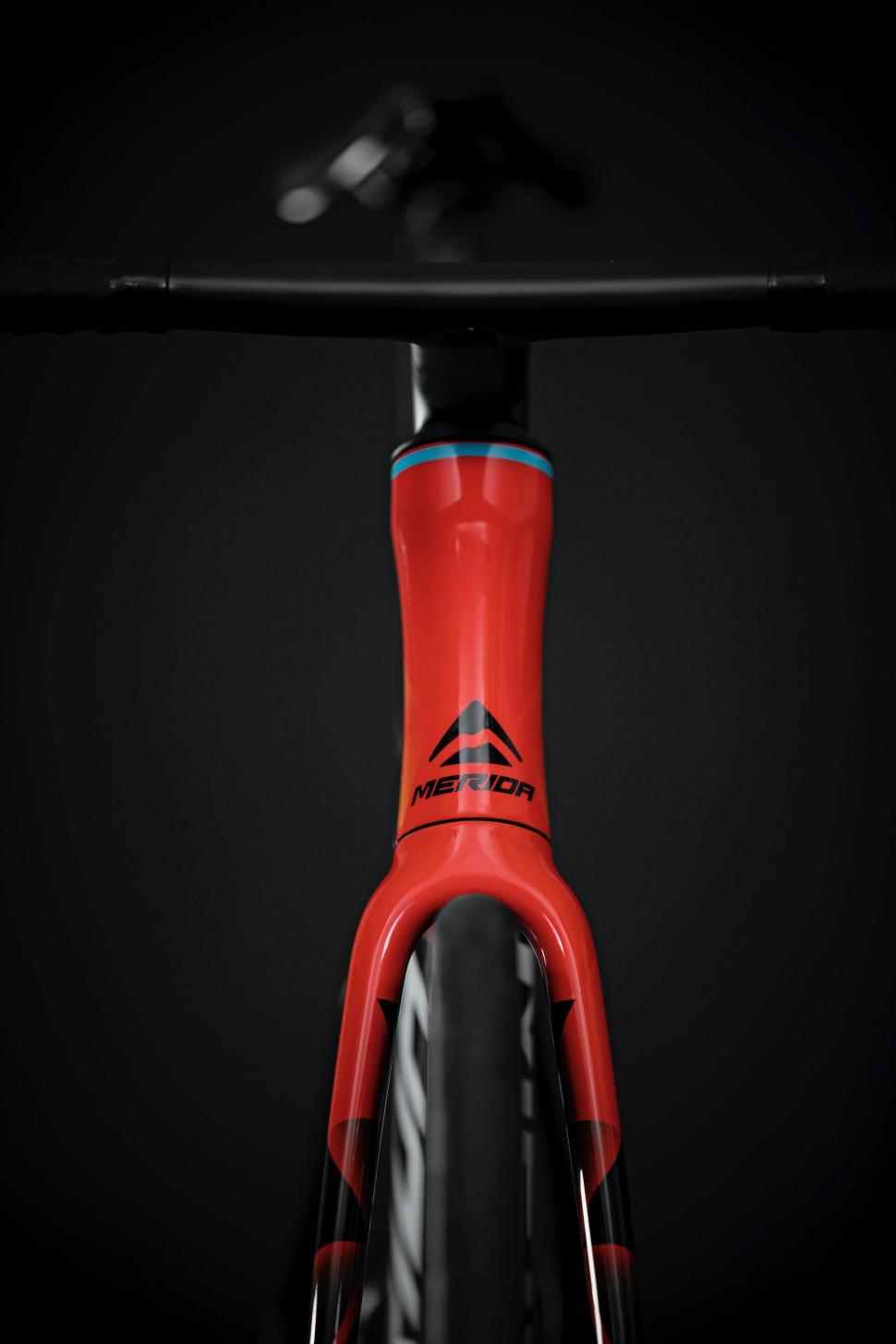 The cables run internally through the new Merida Team SL integrated handlebar and stem. This carbon fibre component is available in lengths from 90-120mm, in widths from 400-440mm, and weighs about 320g (depending on size). The bar/stem integrates with Merida’s Wireport headset (allowing all cables to enter the frame through the headset) and has a Garmin mount holder (which offers two positions and is removable)

The Merida Team SL integrated handlebar and stem uses the brand’s new Force Diffuser which is a sleeve that wraps around the carbon steerer in the clamp area. The idea is to spread the load generated by the clamping process evenly and thereby increases steerer tube durability. 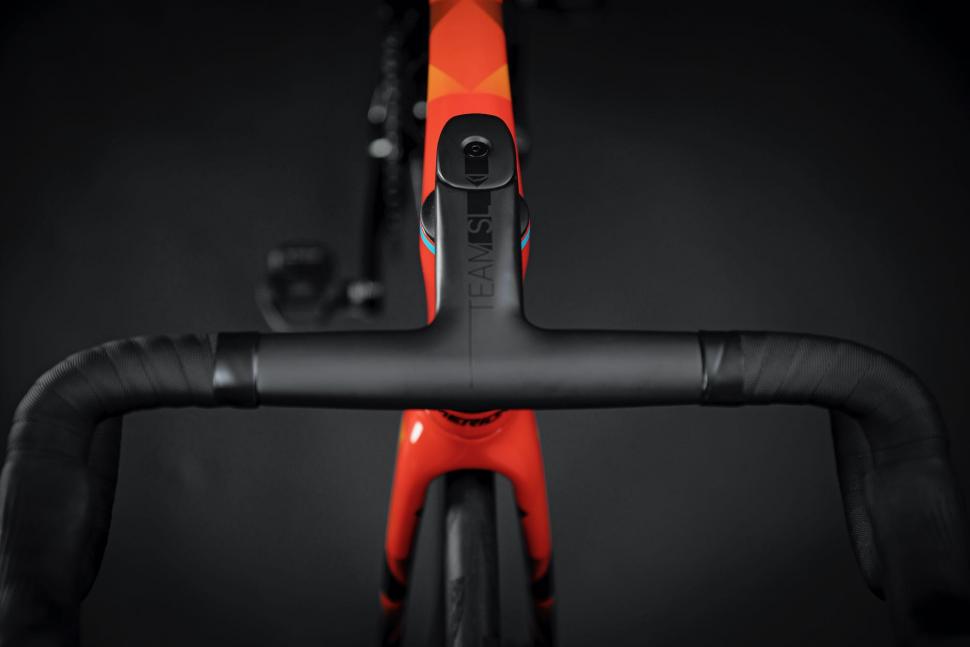 Like many other brands, Merida uses integrated spacers that are a two-piece design, interlocking when clamped. They can be removed when the stem is lifted from the steerer without the need for recabling. If you’re experimenting with front end height, the spacers can be placed above the cockpit so you can ride in that position without cutting the steerer.

Merida says that despite deeper aero tube profiles being heavier than round ones, the Scultura’s frame weight has been reduced by 38g, a saving of about 4.4%.

The weight of the top-end CF4 frame of the previous generation Scultura was 860g, while the top-end CF5 version of the new Scultura is 822g (both size M). 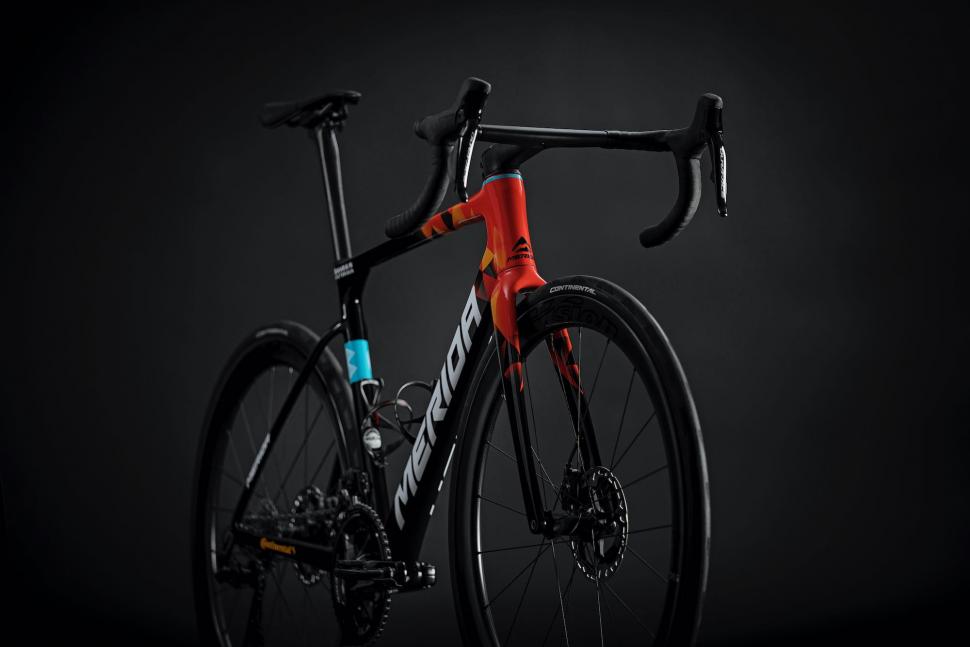 Like many other brands, Merida says that it has focused on comfort as a means of reducing body and muscle fatigue.

“Boosting comfort boosts performance, so it’s something we have taken extremely seriously, lifting the already high benchmark of the Scultura to new heights,” says Merida. “This is achieved thanks to a reduction in vertical stiffness from bottom bracket to saddle (from an already good 111 N/mm to below 80 N/mm). This is an impressive reduction that delivers greatly increased compliance, achieved in part by shortening the seat tube by 40 mm, which exposes more post and therefore allows more flex.” 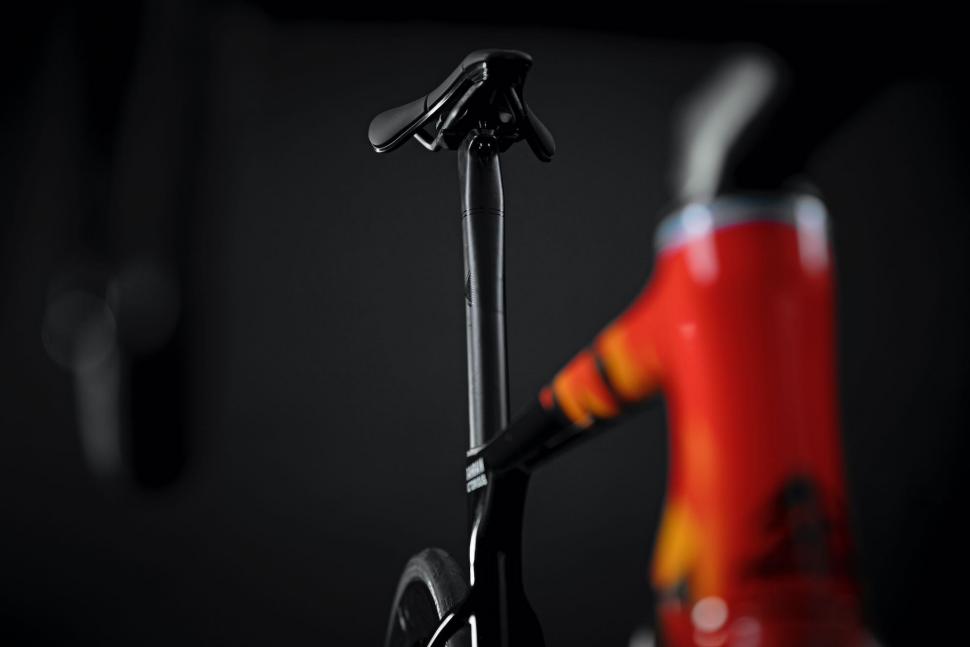 Merida also now provides space for the fitting of tyres up to 30mm wide.

Merida says that the bottom bracket stiffness of the new Scultura is the same as previously (62 N/mm) while lateral fork stiffness is increased by 12.8% to 53 N/mm, improving the steering precision.

The Scultura Team uses the latest version of Merida’s Dics Cooler which is said to offer improved access to the bleeding ports of the new Shimano 12-speed flat mount disc brakes.

Merida says that the forged aluminium Disc Cooler, which sits underneath each calliper, reduces temperatures by around 35% and shortens cooling times to optimise braking performance.

The geometry of the new Scultura is the same as that of the Reacto. 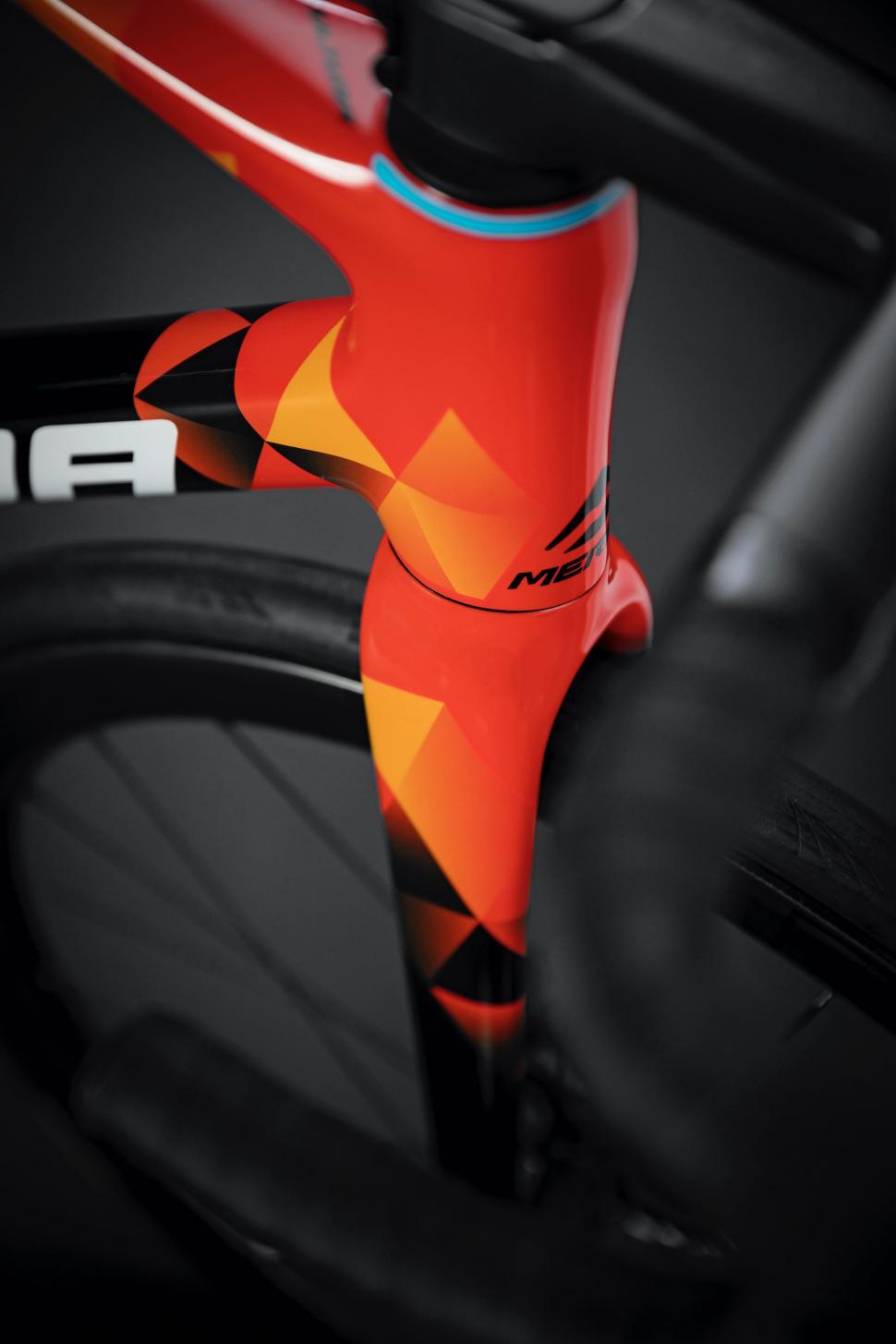 “This is partly done with our pro riders in mind, as it makes it easier to switch between the Reacto and the Scultura, allowing the riders to choose the perfect bike for every stage/race profile,” says Merida. “Besides that, the Reacto/Scultura geometry has proven to offer an outstanding balance between stability and agility, allowing fast directional changes without being twitchy, while also providing great straight-line stability without being sluggish.

Although the new Scultura will eventually be available in several builds, Merida has only released details on one so far: the Merida Scultura Team. Details of the remaining models will be unveiled later in the year. 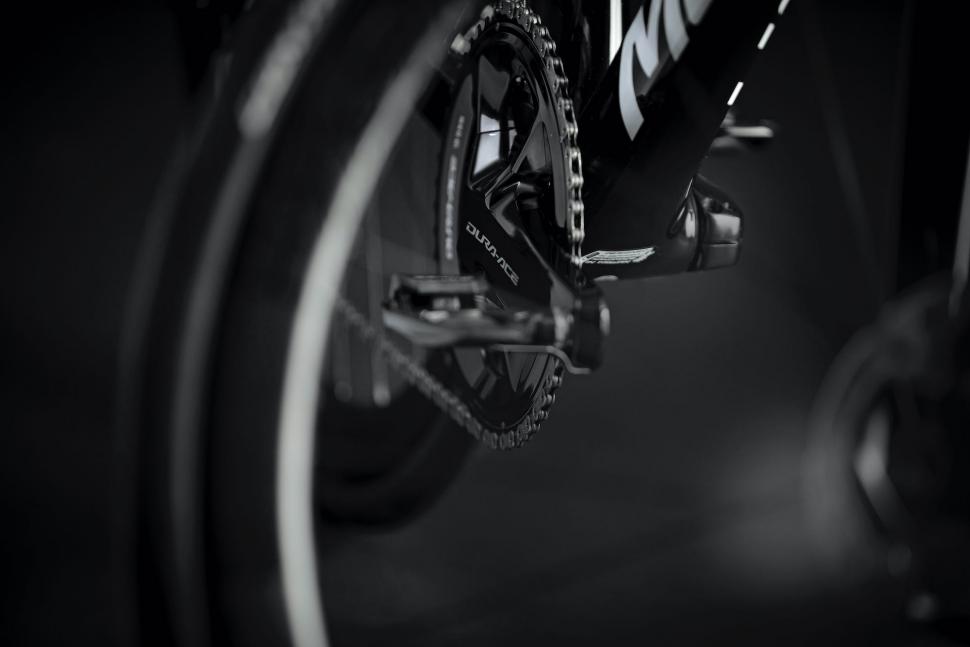 It should be available from November at £7,750. 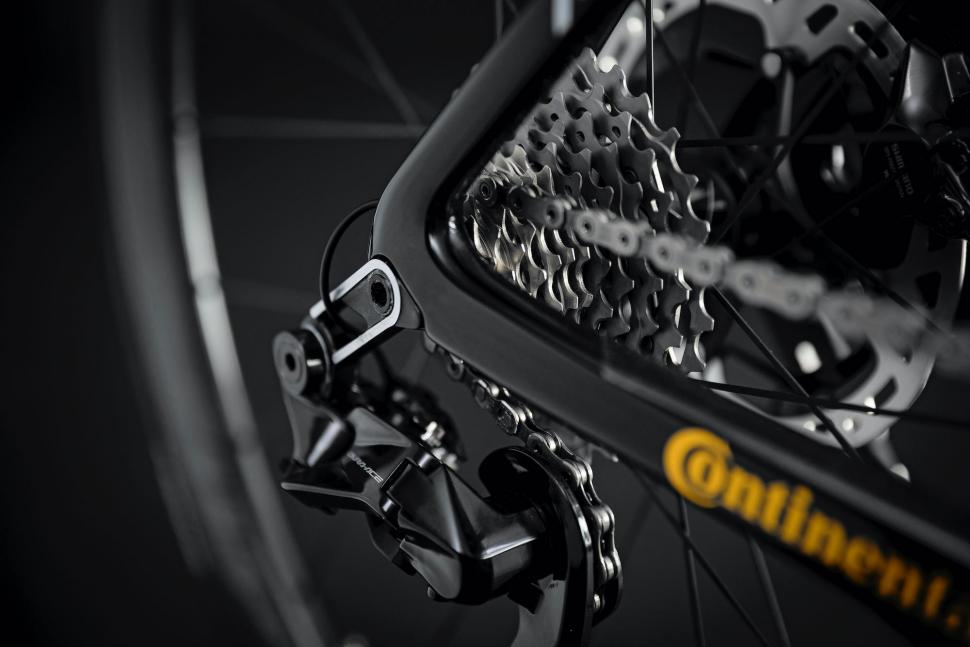 The Scultura Team has already been raced by Team Bahrain-Victorious riders to stage wins in the Critérium du Dauphiné, Tour de France, and Vuelta a España.