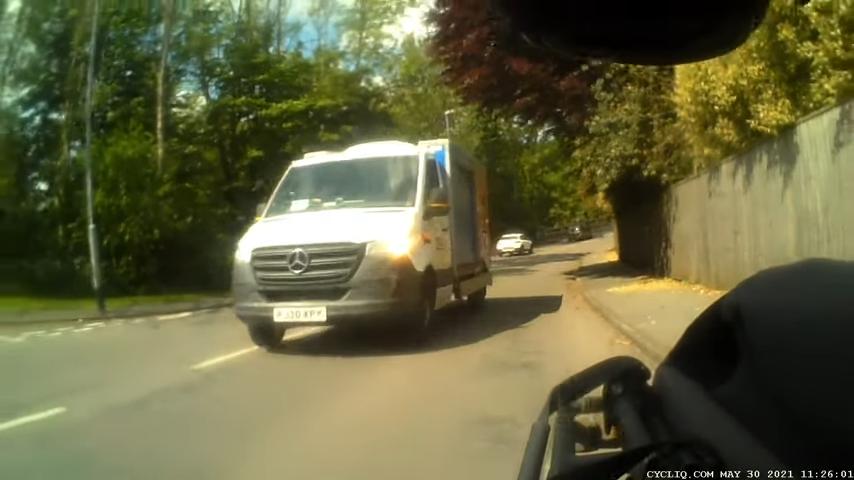 Near Miss of the Day 601: Tesco delivery driver in close pass - not the first time we've seen that

Our regular series featuring close passes from around the country - today it's Avon & Somerset...
by Simon_MacMichael

Our Near Miss of the Day video today features a Tesco delivery driver making a close pass on a cyclist in Bristol, which surprised Matt, the road.cc reader who shot the footage, since his experience is that grocery delivery drivers are among the better ones out on the road.

"This was a pretty run-of-the-mill definitely-too-close pass," Matt told us. "What makes it stand out is that it's a Tesco delivery driver.

"I'm not sure what your readers' experiences with delivery drivers have been like, but I've found them to be among the best, most courteous and responsible drivers on the roads (until now!).

"I sent this to Tesco and was promised a follow-up from a manager, which never materialised," he added.

As it happens, we have reported previously on incidents involving Tesco delivery drivers, including this very close overtake in Dorset earlier this year in which road.cc reader was forced off the road.

> Near Miss of the Day 545: Tesco driver nearly wipes out cyclist

And last year another road.cc reader, Chris, shared footage he had filmed in May 2019 in which the driver of one of the supermarket's vans knocked a cyclist from his bike on London's CS8 cycleway.

The case went to court but the driver refused to admit he was driving the vehicle and was instead prosecuted for failing to nominate driver. and given a £300 fine, plus £332 in costs and six penalty points.

In October 2015, cyclist Julie Dinsdale lost her right leg after she was crushed by a left-turning Tesco lorry as she was riding on London’s Old Street with her partner, mountain bike pioneer Keith Bontrager.

The following year the driver, Florian Oprea, was fined £625 and had his driving licence endorsed with five penalty points after pleading guilty to driving without due care and attention.

Dinsdale said after he was sentenced that she was “hugely disappointed by the decision of the Court which finds that despite the evidence that I was visible to the driver, he should not be handed a more substantial sentence given the impact his actions have had on my life.”

By pure coincidence, just this afternoon we received an email from another road.cc reader with a photo of one of the supermarket chain's vans blocking a dedicated cycle lane in North London - something that seems to have become increasingly common behaviour among many delivery drivers, and not just those working for supermarkets, with the steep rise in online shopping since the start of the pandemic. 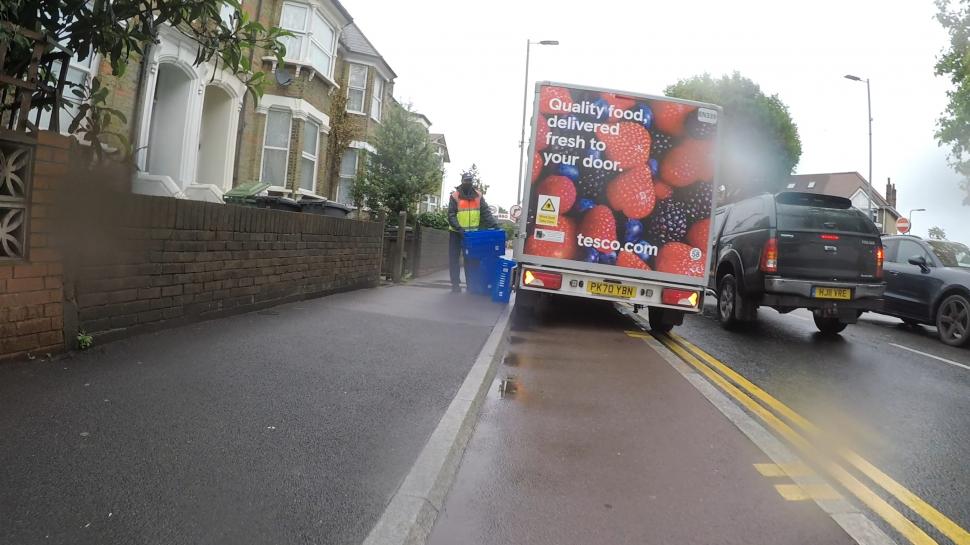