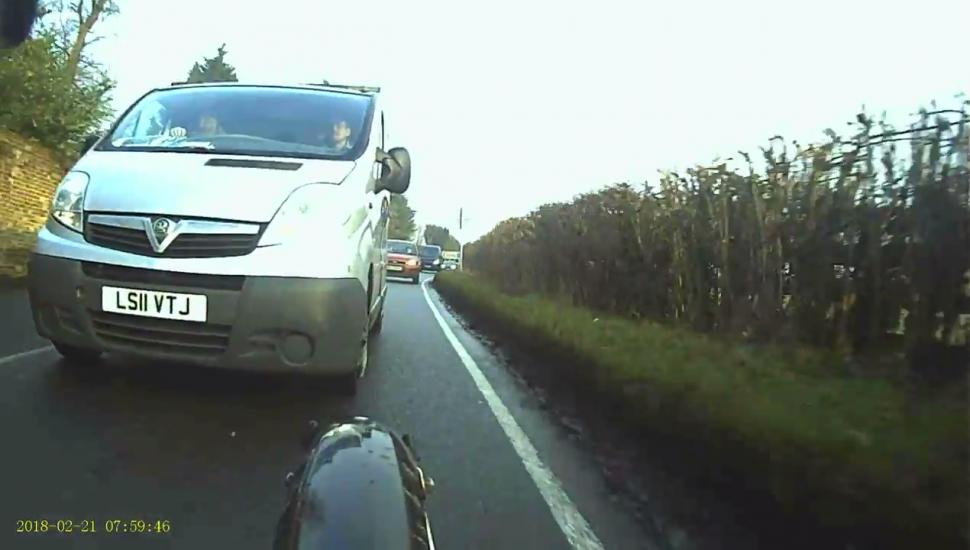 If you've suffered a near miss or close pass here's what you need to know about reporting it to the police and submitting your footage...
by Simon_MacMichael

As part of our Near Miss of the Day series, which last week passed its 100th post – testimony to how many cyclists now film their rides as well as to the extent of poor driving – we’re often asked how people should go about reporting incidents they capture on camera while cycling.

There is something of a postcode lottery in operation here, depending on where the incident you wish to report happened.

There are 45 police forces operating across the United Kingdom, and their approaches to video evidence gathered by members of the public varies.

But as Sam Jones of Cycling UK points out in this post on the Guardian Bike Blog, there is no such standard operating across the United Kingdom as a whole.

So, wherever you live, if you are using a camera to film your ride, familiarise yourself with your local police force’s policy regarding photographic and video evidence provided by the public.

Bear in mind, too, that the roads you ride on may be part of another force’s territory.

The rules can be strict. The Metropolitan Police, for example, allows you to report road traffic incidents online, but if you are submitting video evidence (which must be provided within 48 hours), you will need to make a statement at a police station.

The footage will also need to be unedited and show two minutes either side of the incident that is being reported, and in the Met’s case, they will ask you to remove it from any websites or social media channels you have submitted it to.

Wherever you are, the clearer the footage, the better it will be as evidence of what happened, so keep your camera clean and, of course, charged.

If you regularly watch videos captured by other cyclists on Britain’s roads, you’ll notice that often they will say the registration of the vehicle involved out loud – a good back-up in case it is difficult to read from the footage.

Can you get a witness?

As with any road traffic incident, whether caught on film or not, having independent witnesses is very helpful, and is even required by some forces.

Also, while any cyclist knows that there is nothing like a near miss or collision to get the adrenalin pumping, try to keep calm – we’ve seen cases where riders have been assaulted by motorists after remonstrating with them, which can also in rare cases lead to police rejecting footage.

Even where a force does accept video evidence, there’s the question of whether they will act on it, and, we’re aware that some cyclists don’t send in footage of road traffic incidents now due to past experience.

That may be down to shortage of staff or other resources, or prioritising other types of crime over what may be seen as ‘minor’ motoring offences.

At the same time, we’ve seen police forces that do highlight cycle safety on social media – West Midlands Police and Surrey Police’s road policing units are two striking examples – take interest in footage posted there and even ensure it is investigated properly.

Do you use a camera to record your ride and if so what is your experience, if any, of submitting footage to the police? Let us know in the comments below, and remember to state which police force it was.

Subscribe
action cameras
helmetcam
Near Miss of the Day