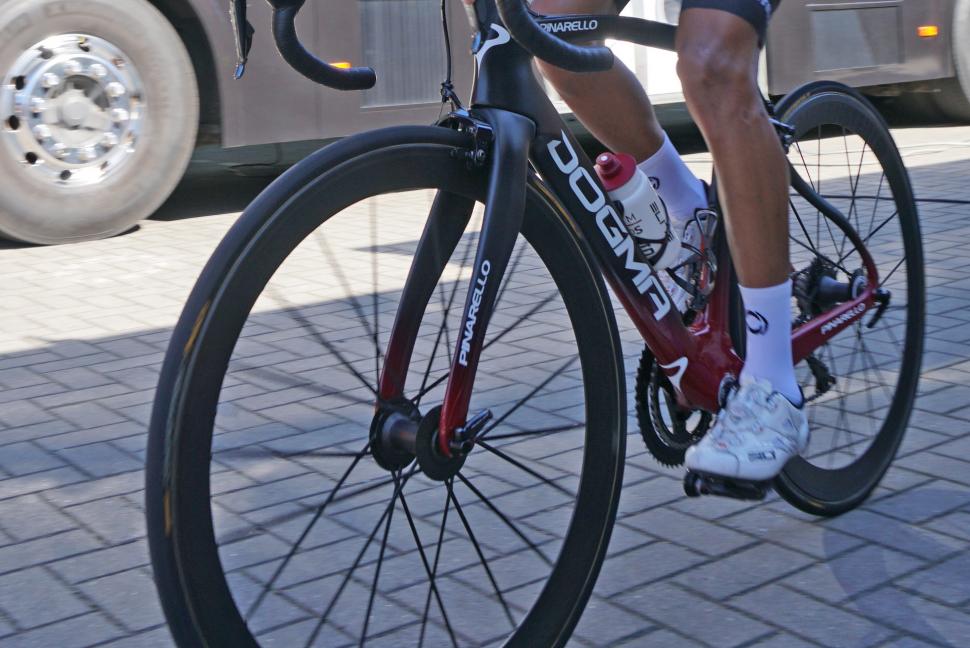 We spotted several Team Ineos riders using Lightweight carbon fibre wheels instead of their usual Dura-Ace wheels on a training ride just days before the 2019 Tour de France got underway in Brussels.

We don't have any confirmation from Team Ineos or Lightweight wheels about this but we have contacted them both. We spotted three riders - Egan Bernal, Luke Rowe and Jonathan Castroviejo - going out for a penultimate training ride on the wheels. When it came to photographing a Team Ineos Pinarello for an upcoming bike check feature and video, the Lightweights were unsurprisingly nowhere to be seen.

Asked about the use of the Lightweight wheels, Team Ineos has told road.cc:

"We can confirm we will use wheels from two brands during this year’s Tour. Shimano remains our main supplier and they are a valued partner for Team INEOS." 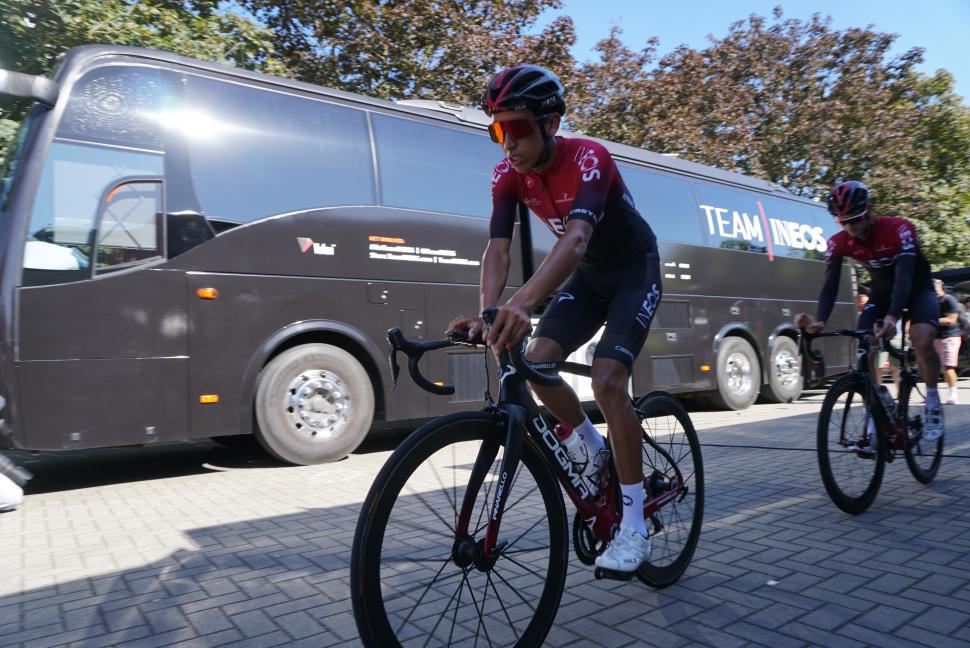 The German company is famous for making some of the lightest wheels. The Meilenstein Obermayer is the wheel we suspect the team is using and is the lightest in the company’s range, weighs just 935g a pair (395g front, 540g rear).

The wheels were and are still unique for their all-carbon construction. The hub shells with their telltale tall flanges, the spokes and rims are entirely made from carbon fibre. But Lightweight wheels haven’t been spotted in the professional peloton in a long time, largely because of sponsors providing wheels that are very light, and because the small German company has reportedly never sponsored a team. 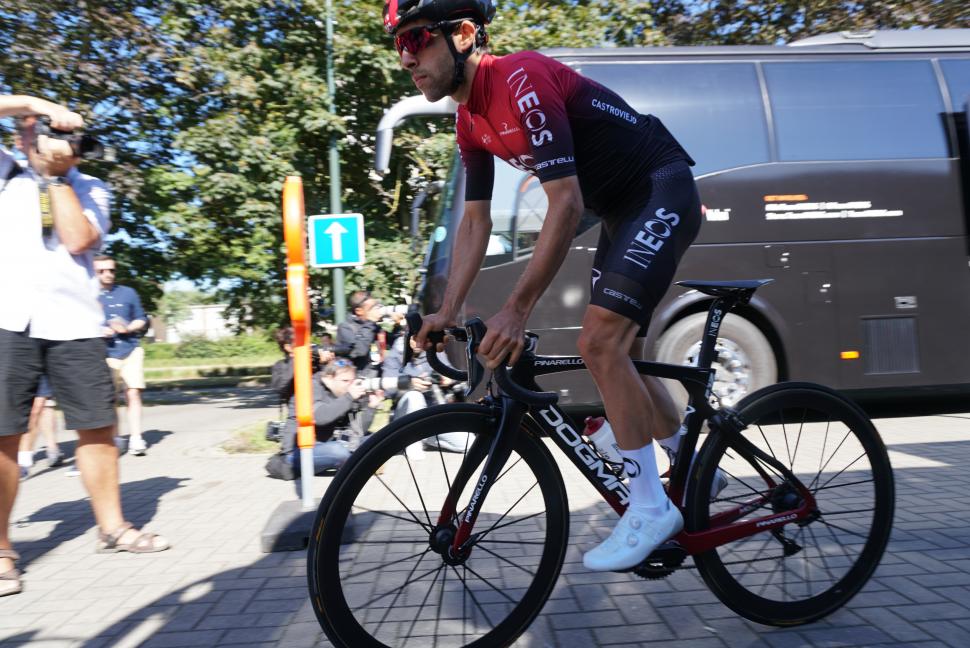 So we suspect Team Ineos has bought the wheels. That wouldn’t surprise us, we've seen the team using non-sponsor kit in the past and choosing to buy equipment rather than rely on sponsorship as it provides the freedom to choose the bit products that meet their high standards. 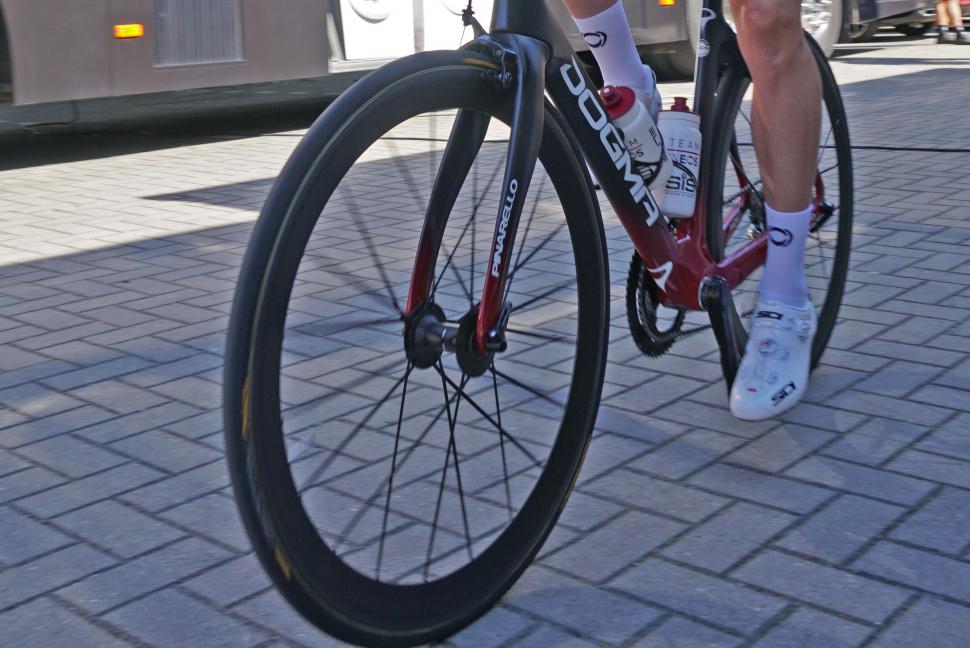 But we can't remember the last time Lightweights were spotted. You have to go back to the 1990s when Lightweight wheels were very special and only spotted on the bikes of the best riders. This was also a time when most regular wheels weren’t especially light, so the 1kg weight of the Lightweights made them extraordinary. Jan Ullrich races a pair in 1997 when he won the Tour de France and Lance Armstrong also used them a few years later.

We reviewed the regular Meilenstein tubular wheels and said “Incredibly light and stiff carbon wheels with exceptional performance, but the price makes them unattainable for nearly all.” You’re talking about £3-4k a set is clearly small change for the best-funded team in the pro peloton. 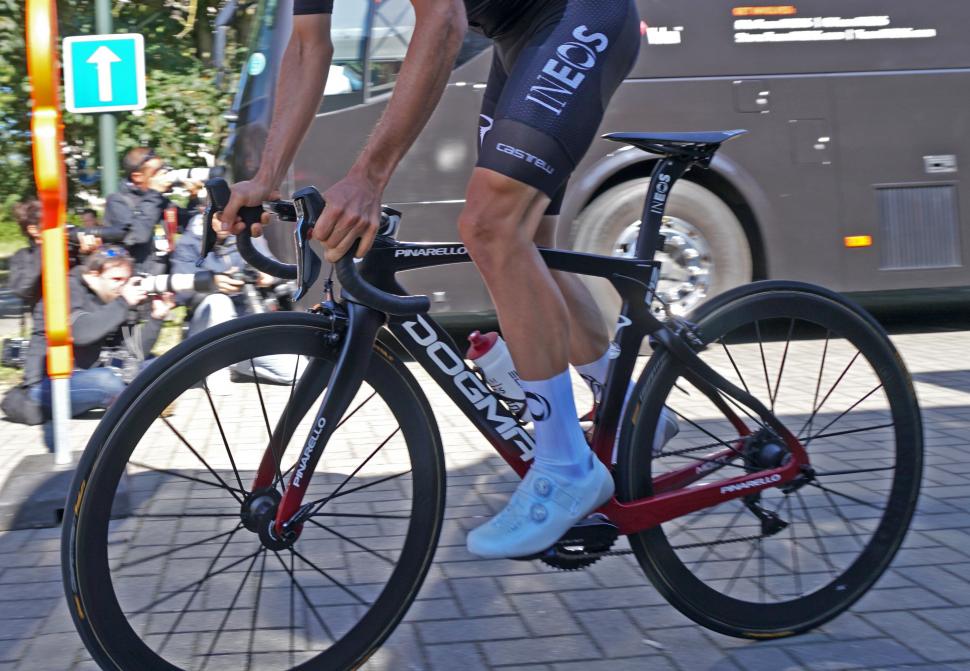 Why would Ineos being using rare ultralight wheels? We're guessing it's to ensure the bikes are right on the UCI 6.8kg weight limit for some of the tough mountain stages in this year's race, which rather raises the question of weren't the bikes already on the weight limit?

Or maybe the team have decided to cut the weight of the wheels as much as possible and reallocate weight elsewhere on the bike? There has always been a lot of debate about the impact of rotating mass. “An ounce off the wheels is worth a pound off the frame,” goes the old saying, implying that rotating weight, especially on the wheels, is supremely important. 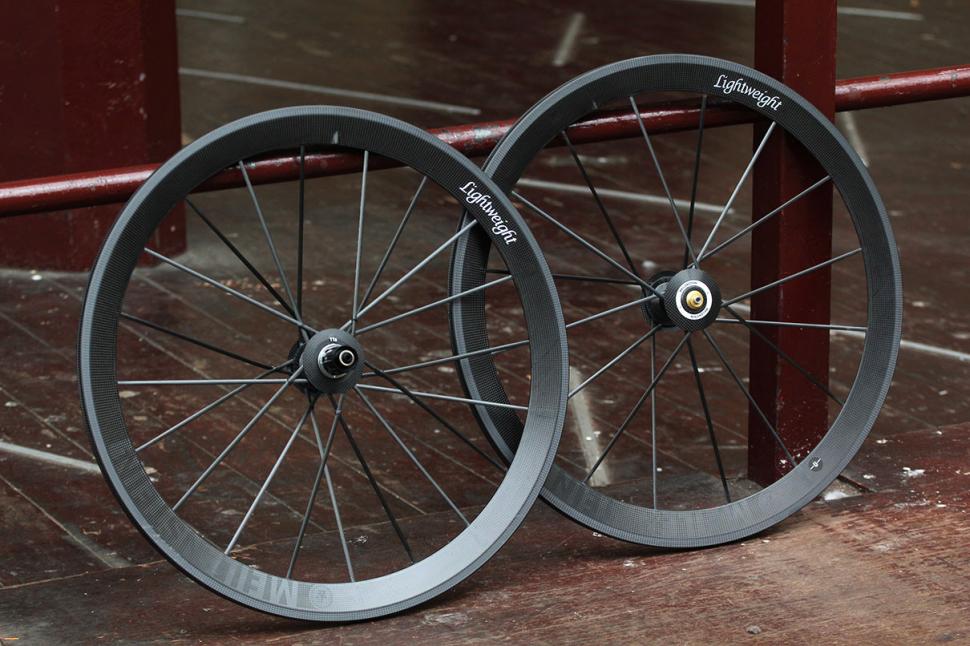 Problem is, it’s not true. In 2001 bike engineer Kraig Willett analysed the forces on wheels(link is external) and concluded: “When evaluating wheel performance, wheel aerodynamics are the most important, distantly followed by wheel mass. Wheel inertia effects in all cases are so small that they are arguably insignificant.”

Either way, we'll be watching the team very closely to see what wheels it is using during the Tour de France.