Happy Monday! Dan Alexander is back to kick-off another week of live blog goodness 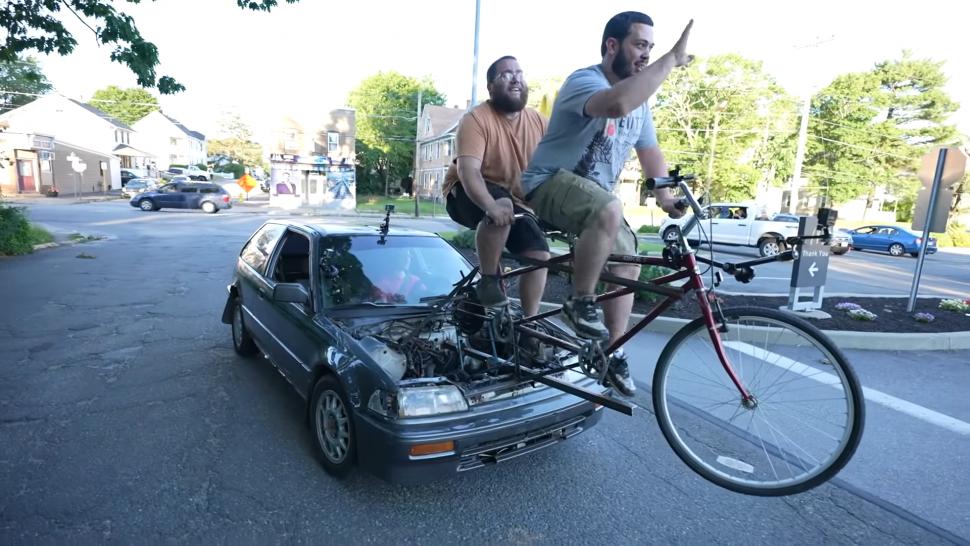 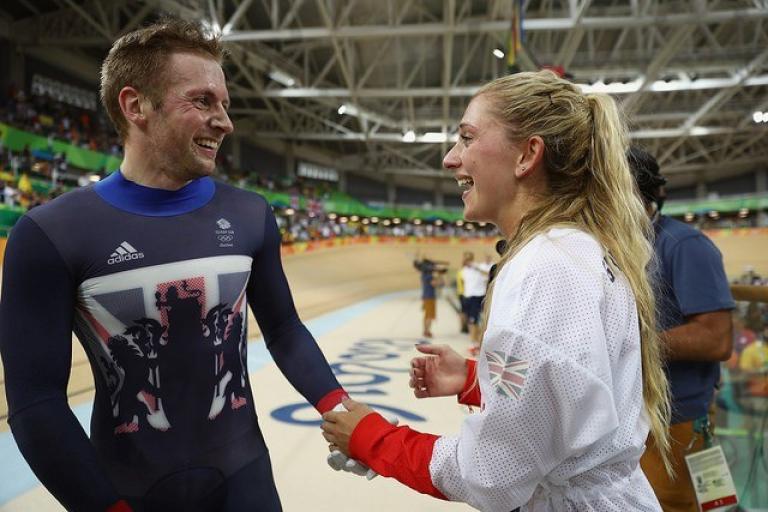 This is one of the crazier videos we've seen. Probably up there with the man who swapped his wheels for sawmill blades to try and ride across a frozen lake...

These guys actually got pretty far. Even through a McDonald's drive-thru...until the police showed up. Happy with what he saw, the cop simply let the group get on their way. "The cops don't even know what to f****** say. He was literally speechless," the 'driver' tells the camera as they make their not so fast getaway.

And they got a similar reaction of disbelief from all the motorists passing...

However, one 'Karen' had a pop, shouting possibly the most American insult ever heard..."you guys suck ass".

It's just as well Torrington, Connecticut is flat...

Some very on-brand transport from the Dutch football team ahead of their final group game against North Macedonia this evening...

Well, well, welll...ignore the earlier post about eight British riders going to the Tour de France. We have our ninth. Deceuninck-Quick-Step says the decision was made after Sam Bennett's knee injury did not heal in time.

Plenty left in the tank mate! 💪🏻

"No words to describe how I feel," Cav wrote on social media. "I will do absolutely everything to honour the Wolfpack boys, the Deceuninck-Quick-Step jersey and the greatest race on the planet. Big boots to fill for Sam Bennett. Can everybody join me in sending him positive vibes please."

Neal Rogers described it as the "feel good story for Le Tour. And if he wins a stage early on, it will be one of the main storylines until Paris."

Now into Tiger Woods & the 2019 US Masters territory with Cavendish’s comeback (more like an exhumation, given how far away this all looked a few months ago). Has yanked at, collared, demanded our attention since first months of 2007 & will be thus, apparently, until very end.

I think our stage-by-stage preview will need some updating...now, which stage is he going to win?

21 June 2021, 13:32
Yorkshire firefighters ride 275 miles to each of the region's fire stations to raise money for Hull and East Yorkshire Mind charity 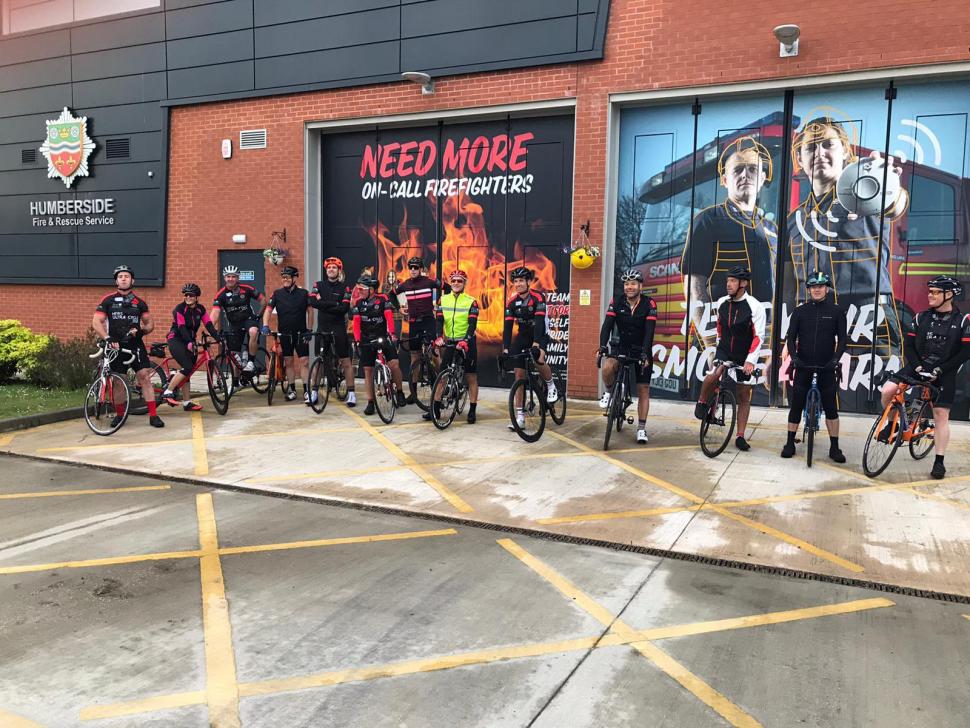 Staff from Humberside Fire and Rescue Service completed a 275-mile charity ride on Saturday, riding between each of the region's fire stations. Firefighter Paul Wainwright told the Pocklington Post: "I’m so proud of everyone for getting around. It made the day really nice. When there is a group of guys waiting for you at a station at midnight, offering you Haribo, it’s a nice feeling because you know that they are with you in spirit."

The 13 riders have so far raised almost £5,000 for Hull and East Yorkshire Mind. "We got talking, and said it would be great to get a group to do this. Straight away we knew we wanted to do it for mental health," Paul continued. The challenge was a repeat of a 1996 event, when seven of the station's firefighters rode between 31 stations in 24 hours. 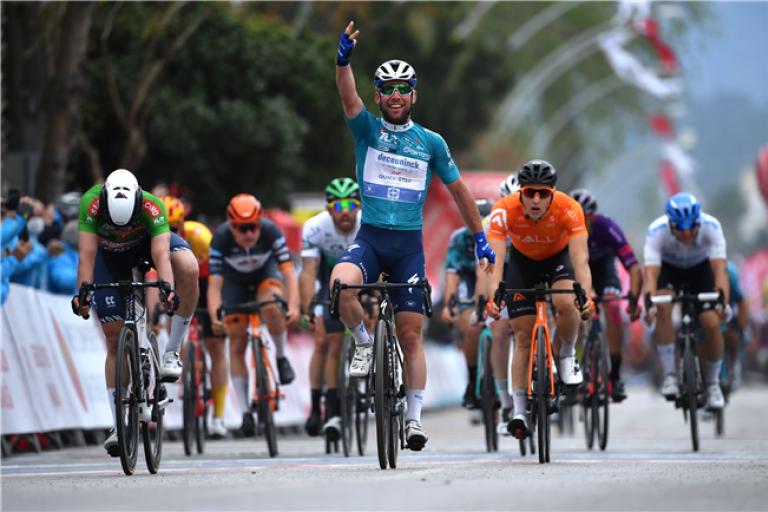 “I am going to do all I can to grab this opportunity with both hands” says ex-world champion as he is named in place of injured Sam Bennett
22
21 June 2021, 13:20
Smile! You're on camera

3D printed a mounting plate for the @PassPixi, to attach directly to the rear rack on my wife's bike. Let's see if a prominent position can modify driver behaviours on the commute. pic.twitter.com/5DBtCRqTug

Along with the CAZ announcement it was also announced that Beryl is the chosen operator for Greater Manchester’s new bike hire scheme. The bikes were also unveiled, and the mayor took them for a quick spin. pic.twitter.com/7mF1EMhcgk

Add Andy Burnham to the 'politicians on bikes' list. Manchester's Mayor also today confirmed Greater Manchester's Clean Air Zone (CAZ) will be going ahead, subject to approval from council leaders on Friday, and will come into effect from 30 May 2022. Local reporter Niall Griffiths reports the CAZ will initally only apply to buses and heavy goods vehicles for the first 12 months. The scheme will work in a similar way to the London Congestion Charge and new Clean Air Zone in Birmingham, with motorists being charged for entering parts of the city.

Who's enjoying it more? This video shared on TikTok by Casey Stratford has racked up more than 1.4 million views since it was uploaded yesterday. How better to spend Father's Day than shredding the skate park? We get the feeling this dad was more than happy to oblige his little one and go for a few laps...

I'm reliably informed by editor Jack that this is the skate park at St George's Park in Bristol, if anyone wanted to know where's the best spot to hit up the half-pipe after work...

The cycling community is loving the video, Hannah reacted: "Oh nothing just ripping it at the skate park on a commuter bike carrying two full shopping bags and a child having the time of their life."

Simon Johnson added: "He’s clearly got ‘Killing in the Name’ playing in his head."

We're all for cycling-themed celebrations...and the Russians have a cracker! Why? We're not sure. Maybe they cycle to training? Or got into Olympic qualifying shape with punishing spin classes? If they are taking requests I'd like to see the bonkers Buckaroo bikepacking set-up from last week recreated in human pyramid form.

Good luck to them all taking a tour of France! #TDF #LeTour pic.twitter.com/2lXxOYhevx

Here are the eight Brits on the startlist for this weekend's Grand Depart in Brittany. They've got 31 Tours between them, five yellow jerseys and 13 Tour stage wins...I wonder if there will be a sixth to celebrate in a month's time?

Simon Yates is taking on his fifth Tour off the back of a Giro podium and will be hunting stages as he did in 2019 when he won two in four days.

One way to boost those stats at the top would be for Cav to get the last minute nod from Patrick Lefevere. The rejuvenated sprinter has 30 stages in 12 Tour starts, however the noises out of Belgium suggest Sam Bennett will be fit in time, meaning Cav's services may not be required.

Get your diary ready and those days booked off work by checking out our stage-by-stage preview of the big one... 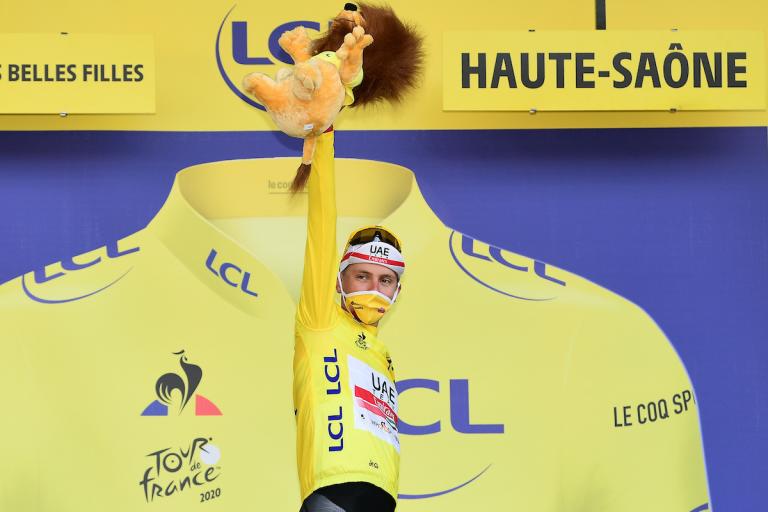 From Brest to Paris, we take a detailed look at what the 108th edition of cycling's biggest race has in store
0
21 June 2021, 09:32
Tulse Hill and Streatham LTN signs vandalised with white paint

Widespread vandalism of road signs with white paint in our low traffic neighbourhoods @TulseHillLTN and @StreathamLTN - this is Roupell Rd at the South Circular. How can we best report this, @clairekholland? pic.twitter.com/oChAiEy2kn

This type of vandalism is nothing new. In November, an LTN filter in Hackney was painted within 24 hours of it being installed. Outside of the capital we have seen similar behaviour with planters in Levenshulme, Manchester, rammed off the road back in January. At the time, Greater Manchester's Walking and Cycling Commissioner Chris Boardman insisted LTN vandals "would not intimidate us".

Over the weekend, singer Elaine Paige shared an advert for a protest about the schemes in Hackney and blamed cycle lanes for why she was sat in gridlocked traffic while trying to drive across London at 7pm on a Friday evening...

The irony of course is that this person has painted out the warning of ANPR cameras which means more people will get tickets. 🤷‍♀️ https://t.co/wdzX8tgeB4 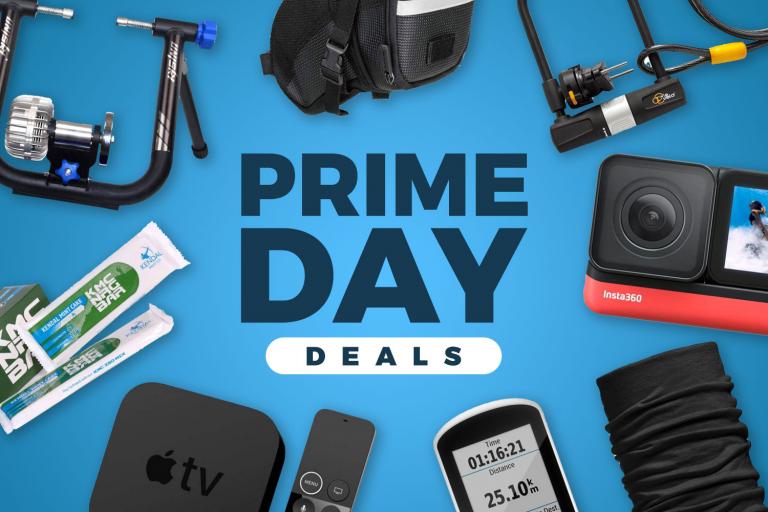 Amazon Prime Day 2021: a round up of the best cycling deals

Here are some great deals on cycling computers, watches, clothing, bike cleaning products and more!
37
21 June 2021, 07:55
How does it go round the bends? Radiohead-edition Brompton breaks records by auctioning for $24,000 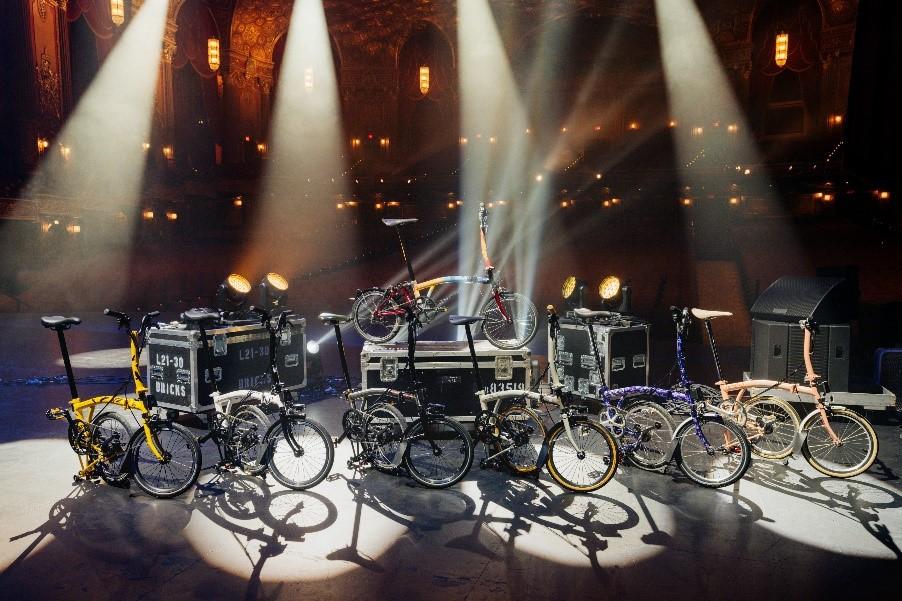 The full set of limited edition Bromptons, designed by some big names from the music world have gone up for auction—raising $142,000 for charity. The one-off iconic folders were designed by artists including Radiohead, Foo Fighters, Rise Against, Phoebe Bridgers and Enrique Iglesias.

It was the Radiohead offering that attracted the highest bid of $24,000, making it the most expensive Brompton ever sold. Hopefully it will go round the bends smoothly, although the lucky bidder may want to know how to disappear completely when their other half finds out how much it cost.

Designed by English artist Stanley Donwood, the talent behind all of the band's album artwork of the last 20 years, the multicolour design has subtle nods to their back catalogue. It is also kitted out with a Brooks C17 All Weather saddle on the Black Edition M6L with premium aluminium touchpoints.

The auction was raising money for Crew Nation, a global relief fund launched by Live Nation to support music crews affected by the pandemic and the near total pause on live events. More than 250 people registered to bid for the bikes from all corners of the world. From Singapore to Canada, via Malaysia, Italy, Mexico, Germany, South Korea, China, Indonesia, the UK and France.