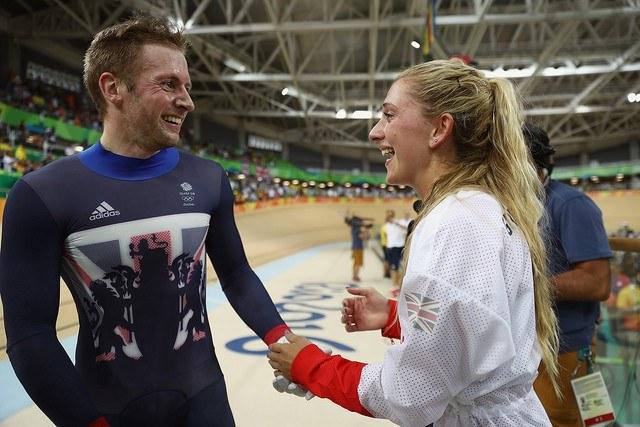 Team GB has today announced the riders who represent Great Britain and Northern Ireland at the Tokyo Olympic Games, which begin on 23 July, including four riders with multiple gold medals to their name – Jason and Laura Kenny, Ed Clancy and Geraint Thomas – while most of the squad will be taking to sport’s biggest stage for the first time.

The country has dominated the track events at the last three Olympics, winning 20 of the 30 gold medals contested, with seven of those coming at Beijing in 2008, an identical haul in London four years later, and six more at Rio.

A lack of top-level competition due to the coronavirus pandemic makes it impossible to predict if that performance can be emulated, but expectations are that across the events, competition will be intense with other countries having worked hard to narrow the gap during the past five years.

Away from the velodrome there have been slimmer pickings in the past three Games, with Nicole Cooke’s victory in the road race at Beijing and Bradley Wiggins’ time trial win in London the only times British cyclists have been on the top step of the podium, and the squad announced today is aimed at challenging for medals across all disciplines, including BMX Freestyle Park, included in the Olympic Programme for the first time.

The men’s road race, on a course that suits climbers, will see three Grand Tour winners – Geraint Thomas, Tao Geoghegan Hart and Simon Yates – joined by the latter’s twin brother Adam, winner this year of the Volta Ciclista a Catalunya. Thomas – seeking a third Olympic gold, his two to date coming in the team pursuit – and Geoghegan Hart will also ride the time trial.

In the women’s event, Team GB will have just two riders – former world champion Lizzie Deignan, silver medallist behind Marianne Vos in London nine years ago, supported by Anna Shackley, who made her Women’s WorldTour debut with SDWorx this year and who also competes in the time trial.

Impressive winner this year of a round of the UCI XCO World Cup in Nové Město, his preparations have been hampered by a broken collarbone, but both are serious medal contenders on what will be their Olympic debuts.

Also among the 16 first-time Olympians in the squad are Kye Whyte and Beth Shriever in BMX Supercross, plus in the new discipline of BMX Freestyle Charlotte Worthington –winner earlier this month of the bronze medal at the world championships – and Declan Brooks.

In the velodrome, a medal of any colour would see Jason Kenny move ahead of Sir Chris Hoy as the most successful British Olympian of all time – each currently has six golds and one silver. Kenny will be joined in the men’s sprint squad by Ryan Owens and Jack Carlin.

His wife, Laura, already has more Olympic gold medals – four – than any other British woman, and the women’s endurance squad also includes two riders who rode alongside her in the team pursuit at Rio, Katie Archibald and Elinor Barker, plus Neah Evans and Josie Knight.

Ed Clancy is aiming to secure a fourth successive gold medal in the team pursuit, with the men’s endurance squad completed by Ethan Hayter, Ethan Vernon, Matt Walls and Ollie Wood, while Katy Marchant, who won bronze in Rio in the sprint, will ride that event plus the keirin in Tokyo.

British Cycling Performance Director Stephen Park said: “I am incredibly excited by the squad we have selected to represent Team GB in Tokyo, and there will be plenty for British cycling fans to cheer for during the Olympic Games.

“At the other end of the spectrum, we pride ourselves on the strength of our pathway, and this is evident in the team we have selected with recent Academy graduates making our Olympic team.

“Josie Knight, Ethan Vernon and Anna Shackley have seized every opportunity this additional year has given them and it will be testament to the work of our pathway programme to see them on the start line in Tokyo.

“I’m proud of the focus the support team have made in attempting to diversify our medals, with a real investment going into the BMX and mountain bike disciplines,” he continued.

“I’m certain we will see this investment pay off with great performances in Tokyo which will then stand us in good stead leading into Paris 2024.

“We are renowned for our domination in the track events and, while we have a realistic expectation that the rest of the world will be more competitive than ever this year, I am still extremely excited to see every single member of the track squad in the hunt for a medal in Tokyo.

“Everyone on the Great Britain Cycling Team is committed to doing the jersey proud, and this will be no different when we compete for Team GB at the Tokyo 2020 Olympic Games,” Park added.

Team GB Chef de Mission Mark England commented: “I am delighted to be able to welcome such a talented cycling team to Team GB for Tokyo 2020.

“Team GB have a proud track cycling record at the Olympic Games and it’s exciting to see BMX and mountain bike disciplines alongside some very experienced road cyclists selected to the team today.

“The Olympic experience in this team is hugely impressive and I have no doubt it will be a valuable asset for those set to make their Olympic debuts in Tokyo,” he added.

“I am fully confident that the athletes selected today will put in some fantastic performances this summer.”