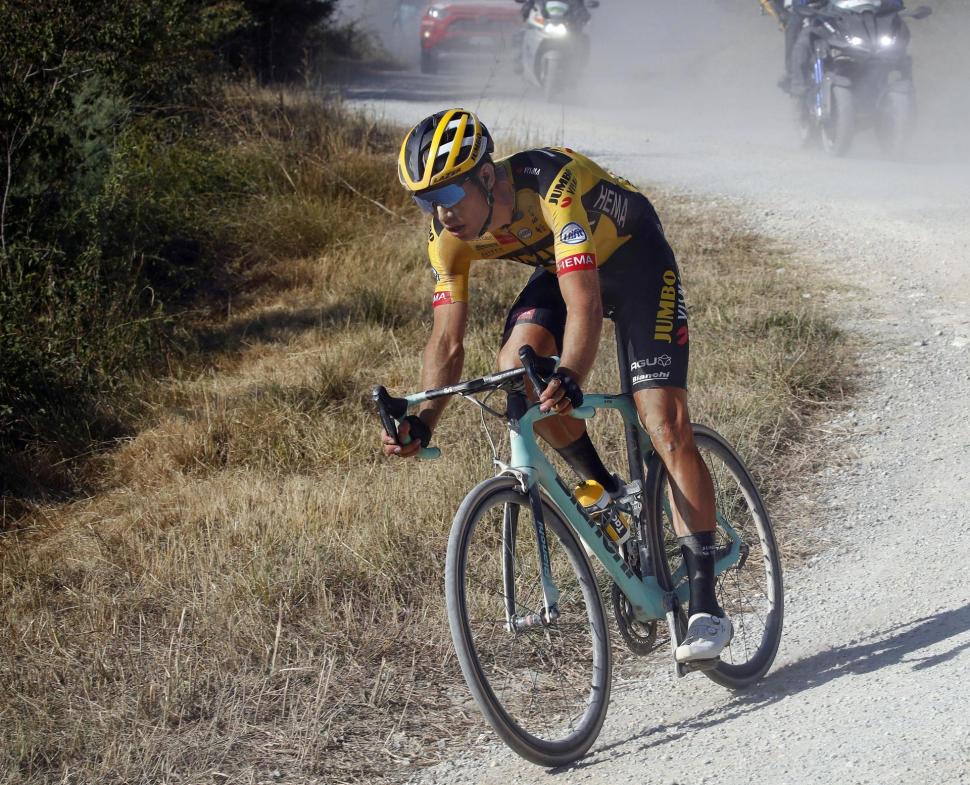 2020 has been a strange year for the cycling industry and 2021 is likely to be too, but despite all the disruption we're expecting to see some big launches from key brands. Here's what we're anticipating... 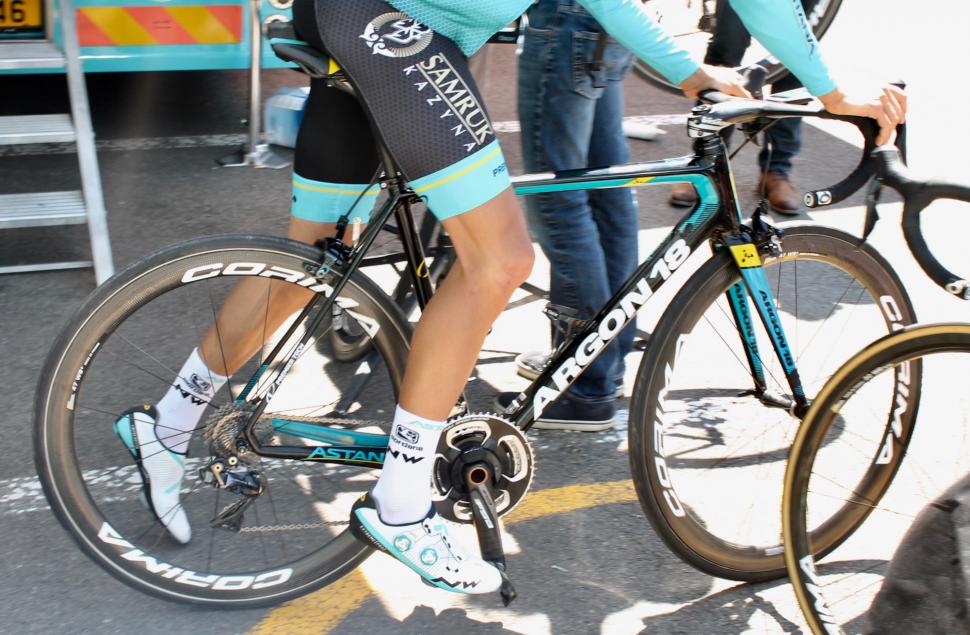 The Astana Pro team riders rode on the Argon 18 Gallium Pro for a few years and the last update that we saw to this bike was in 2016 with Argon 18's clever 3D headset which they describe as "an integrated solution that extends the headtube for more flexible positioning options." Five years is a very long time in the world of top-level road bikes, so this one is surely set for some updates.

Should Argon 18 continue with the Gallium line, we’d expect it to get some aero touches and possibly borrow some tube shapes from the E-118 Pro time trial frame. 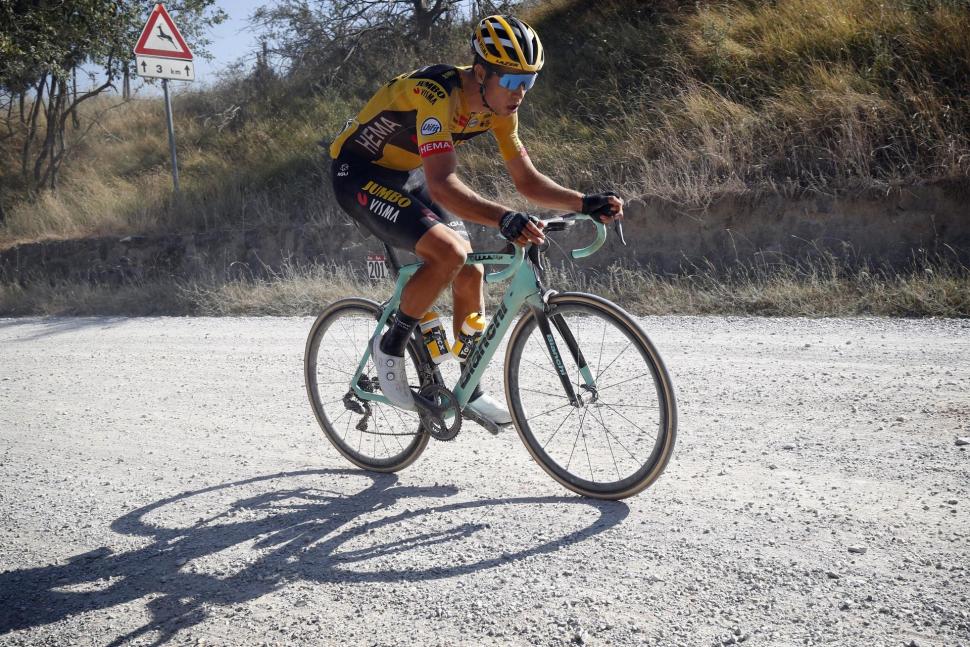 Mat took a look at the bike that we’re expecting to be next on Bianchi’s update list, the Oltre XR4. It’s the oldest bike in the pro peloton and still sports exposed cables and rim brakes, not that this has been slowing down the likes of Wout Van Aert and Primoz Roglic at all.

Bianchi did update its lightweight Specialissima CV road bike in 2020, adding disc brakes for the first time. This makes it even more likely that we'll soon see an Oltre XR5 or a completely new aero platform.

We’ll be keeping a close eye on the UCI's List of Approved Models of Frames and Forks. 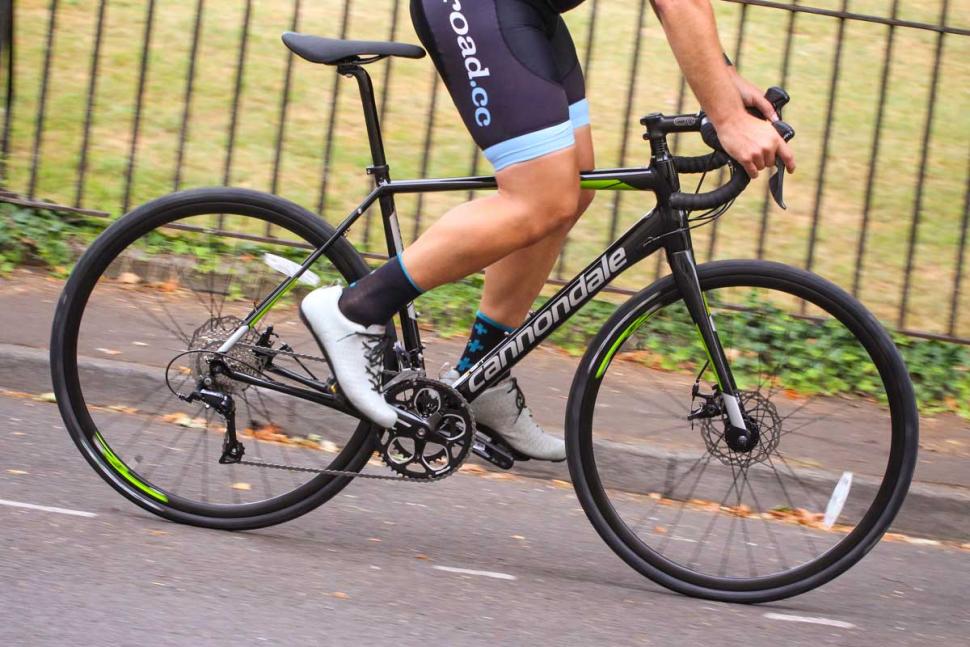 With the SuperSix and SystemSix having been recently released, we don’t expect to see anything on the road race side from Cannondale. Cannondale has also just released the Topstone Lefty alongside an electric version, so that’s their gravel offering taken care of.

It’s the Synapse that we’ll be keeping a close eye on. Could Cannondale’s endurance road bike be getting the integrated front end treatment that we’ve seen so much of this year? It is already massively popular with recreational riders thanks to the comfort that it balances with excellent handling. There’s nothing on the UCI list yet, though. The C64 was Colnago’s last lugged design and we really want to see a new one. Should a C65 come along in 2021, we’re pretty sure that Colnago will stick to offering both rim-brake and disc-brake options. There might otherwise be a riot.

Check out Dave Arthur's thoughts on the C64 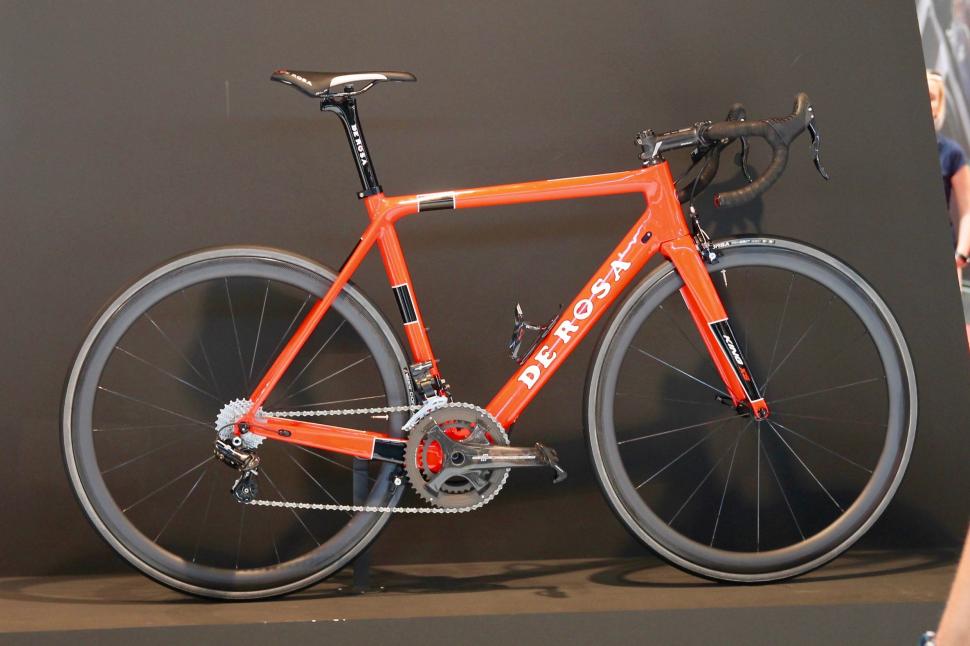 DeRosa had a flurry of activity for 2019, releasing new versions of the Idol, Merak and SK Pinifarina. The bike that we’ll be looking out for is the King. De Rosa added a disc-brake version in 2016 but the Caja-Rural team looks to still be using the King XS, released in 2104.

Mat got to take the King XS on a spin through the Italian hills. Read his thoughts on the bike that he composed while on the beach. Tough gig. 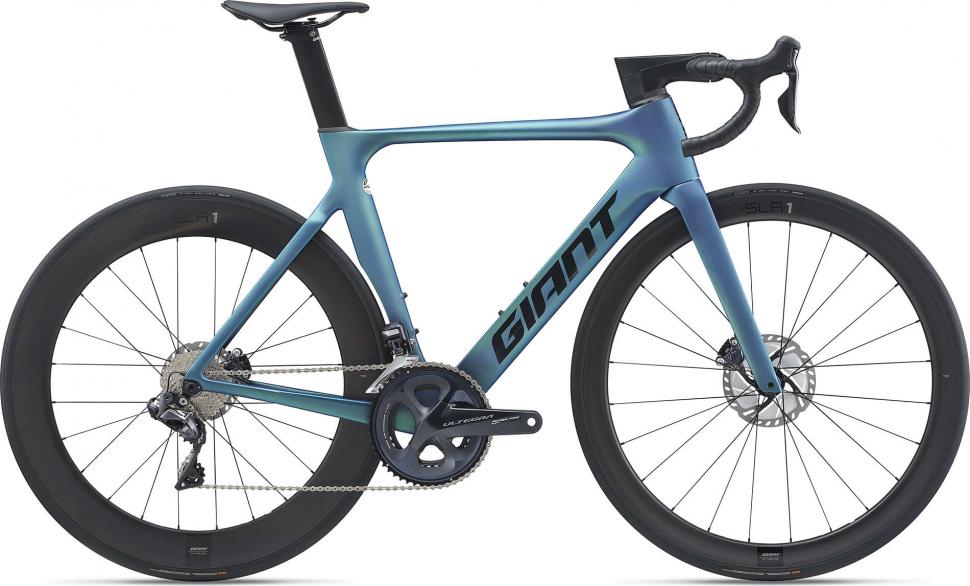 Giant announced a new TCR road bike back in April 2020 and revealed the latest Defy endurance bikes in 2018.

It’s the Propel aero road bikes that are most due an update, the latest versions having been announced towards the end of 2017.

The existing Propel Advanced SL Disc frameset is already lightweight (a claimed 982g for the frame and 378g for the fork) but we’d expect Giant to lop off a few grams there by altering the material and build process, bringing it into line with the new TCR Advanced SL. 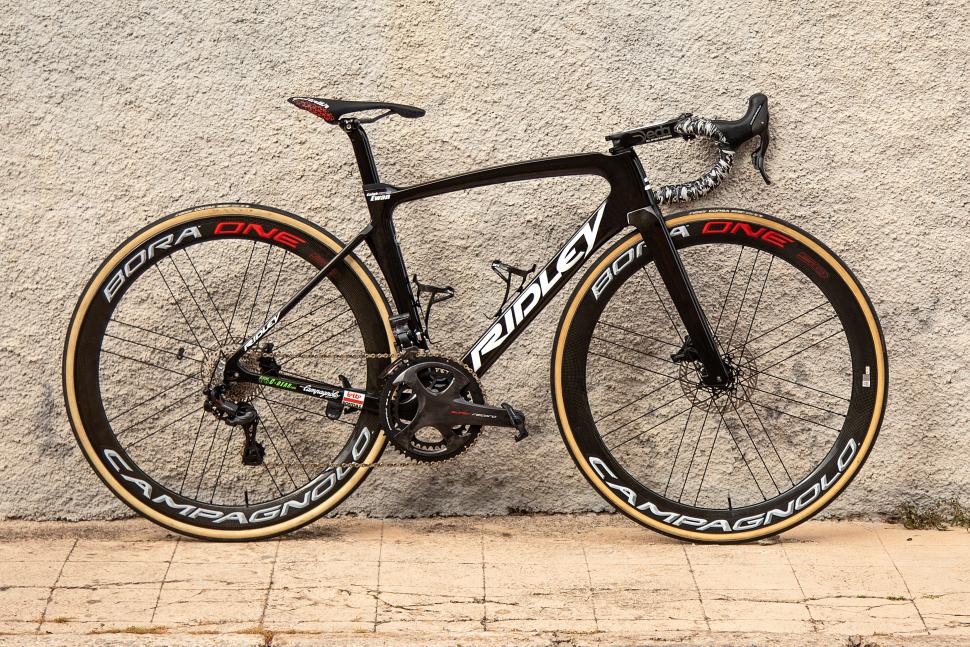 Ridley has a revamped Fenix endurance bike for 2021 but the last update to its aero race bike, the Noah Fast, came in 2018 so we could well see a new version soon.

Ridley's Helium climbing bike was updated in 2019, so we’re not expecting to see a new version in 2021. Scott recently updated the Foil road bike with internal cable routing for both electronic and mechanical shifting so it could be that the lightweight Addict (above) is next in line for a redesign.

That said, the Addict got a big overhaul for 2019, so it's not as if the current version is particularly long in the tooth. The bike already has disc brakes and fully internal cable routing so it's not immediately obvious where the designers will go next. We'll just have to wait and see on this one. Where next for Specialized? This is a really tricky one because the US company has tended to update either the Tarmac, Venge or Roubaix every year, but in 2020 it introduced the Tarmac SL7 as both lightweight and aero – “one bike to rule them all”, it said – effectively sidelining the Venge in the process (you can still buy it as a frameset in 2021).

Find out all about the Tarmac SL7

So what can we expect from Specialized in 2021? Hmm! A new Roubaix was introduced for the 2020 model year, so we can’t really see an update happening for 2022. That leaves us scratching our heads. 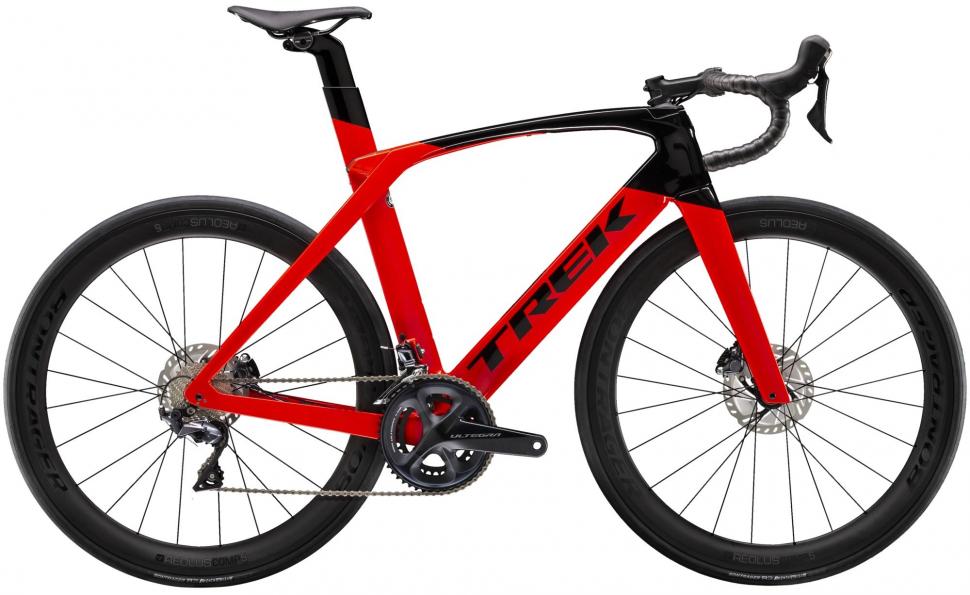 Trek introduced an updated Emonda in 2020, adding aero features to its lightweight road bike for the first time, and updated the Domane in 2019.

Trek has updated the Madone SLR road bike for 2021 but it’s a new material and the introduction of a threaded bottom bracket rather than a wholesale change of design. The last full redesign was for the 2019 model year, so we’d say that there’s a strong possibility that we’ll see a new Madone some time in 2021.

1
Near Miss of the Day 583: “I'm banging their car in panic” says cyclist who was close-passed
2
Near Miss of the Day 581: “I really did fear for my life” – Driver nearly hits cyclist head-on (includes swearing)
3
Five cool things coming soon from Rapha, Gaerne, Roka, Repente and Galibier
4
Southampton bike lane to be ripped out after Tories win control of council
5
Not-so-Near Miss of the Day 582: Bristol driver pulls out on cyclist
6
road.cc Recommends updated with 11 exceptional new products from Scott, Specialized, Scribe, Prime + more
7
Video: Texas cyclist tasered after running red light
8
Bolton Abbey security guard told cyclist he was there to stop people riding bikes through estate