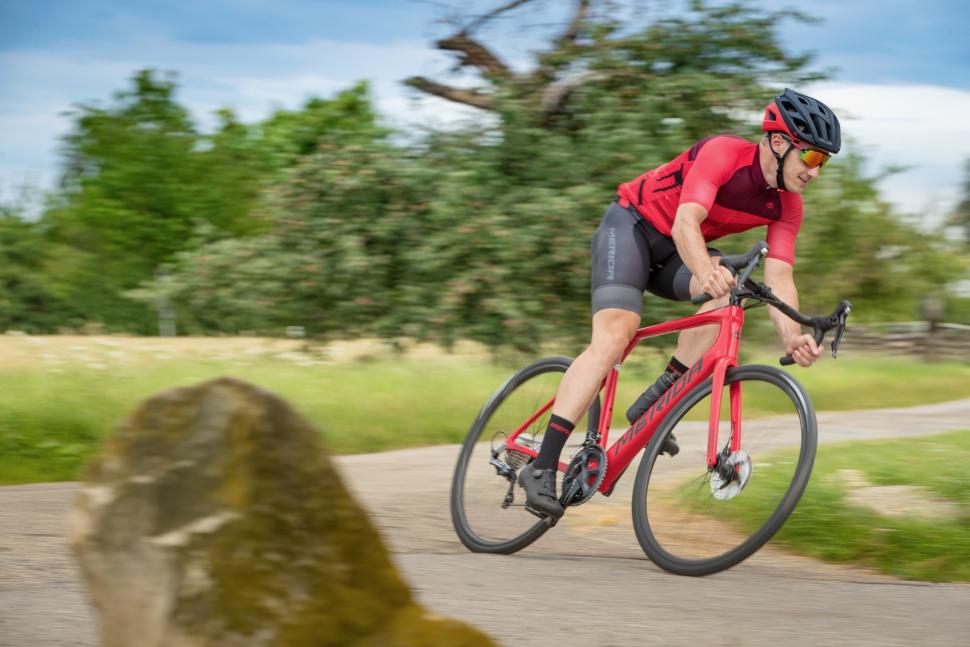 "We are excited to add this new bike to our range and firmly close the gap between the Mission CX and Silex on the more off-road orientated side and our two dedicated road race bikes, the Reacto and the Scultura, on the other," says Merida. "The Scultura Endurance offers the more leisure-focused cyclist a capable and fun choice in the Merida road bike range."

Merida sees its Silex range as 'gravel adventure' and its Scultura Endurance bikes as 'road adventure'. 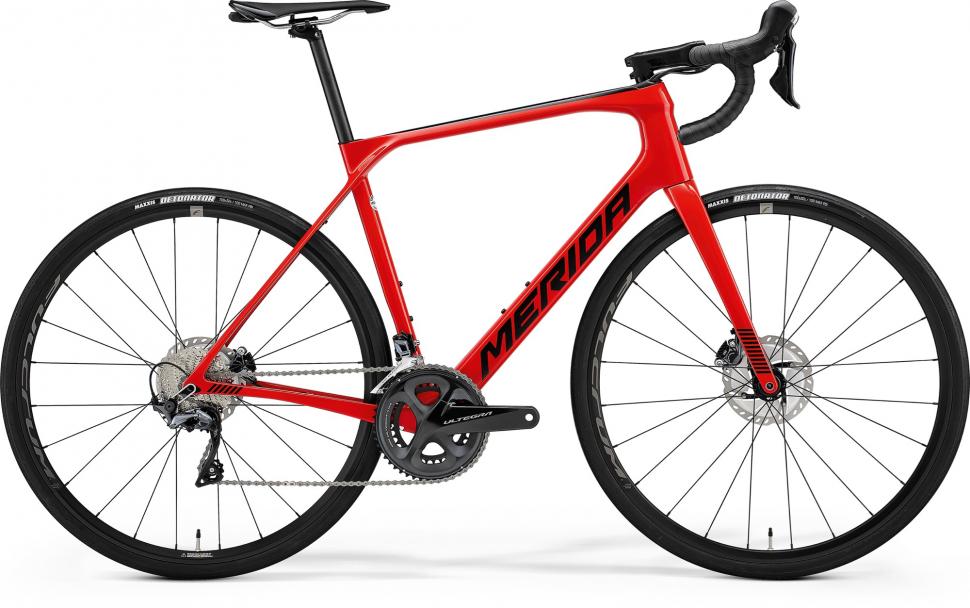 Back in ye olden days – up until the 2017 model year, to be more precise – Merida's higher level road range comprised three platforms: Reacto, the aero road bike; Scultura, the lightweight road bike; Ride, the endurance road bike. Then Merida discontinued the Ride bikes, and brought in the Silex gravel/adventure bikes.

We always thought binning off the Rides a curious decision because it left Merida without a dedicated road bike for those wanting to rack up the miles in comfort – the equivalent of a Specialized Roubaix, a Trek Domane, or a Giant Defy, for instance. 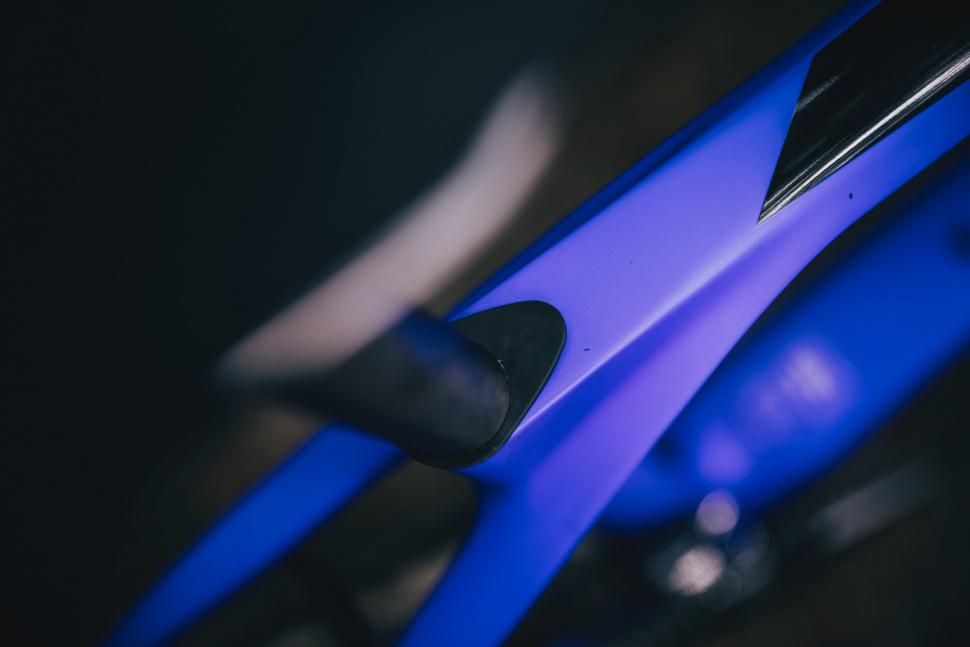 Merida introduced the Mission Road for 2020, a tarmac-friendly version of its existing cyclocross bike, and now the Scultura Endurance lineup adds more options.

Read our review of the Merida Mission Road 7000-E

"Due to plenty of tyre clearance, you can easily run 700 x 35mm slick road tyres which improve the comfort of the bike," says Merida. "Its intended use is certainly road-biased while it still retains some strong fire road capabilities. 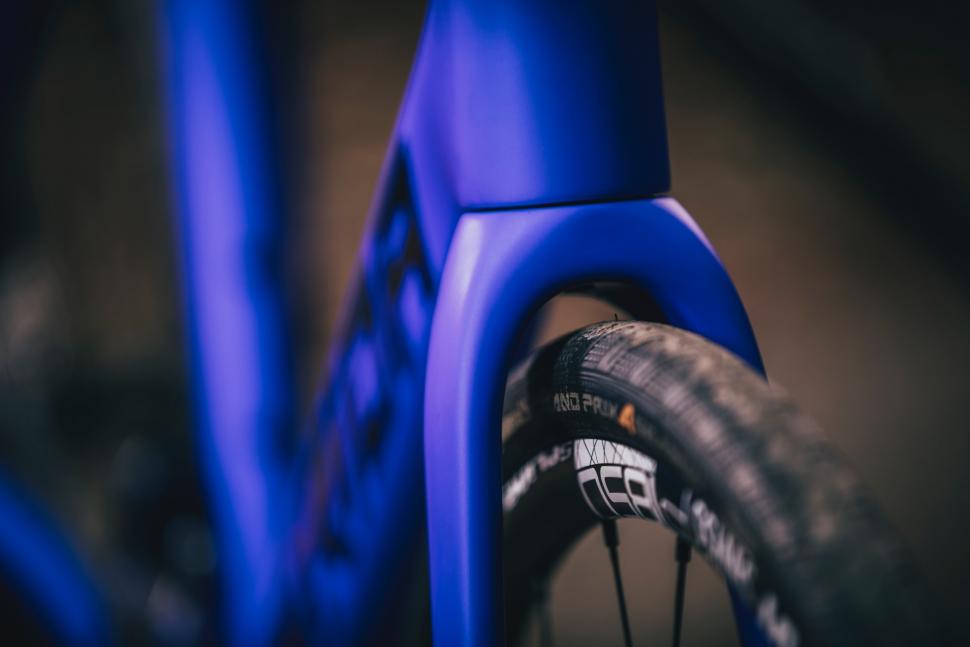 "On top of that, the new Scultura Endurance offers a fantastic and reliable platform for a multitude of uses and has the latest standards integrated into the frame concept, so it is a road adventure bike which is tailored towards long-distance comfort, has big tyre clearance and its geometry is honed to excel both on the road and off.

"It is the perfect choice for more leisure-focused cyclists who want to enjoy their outings unrestrictedly and want to be comfortable on the bike."

How does Merida seek to achieve all this?

"Specific areas in the chainstays and seatstays have a distinct profile that works like a leaf spring to enhance the natural compliance of the frame material," says Merida. "It helps to add further comfort to the rear end of the bike as well as reduce vibrations." 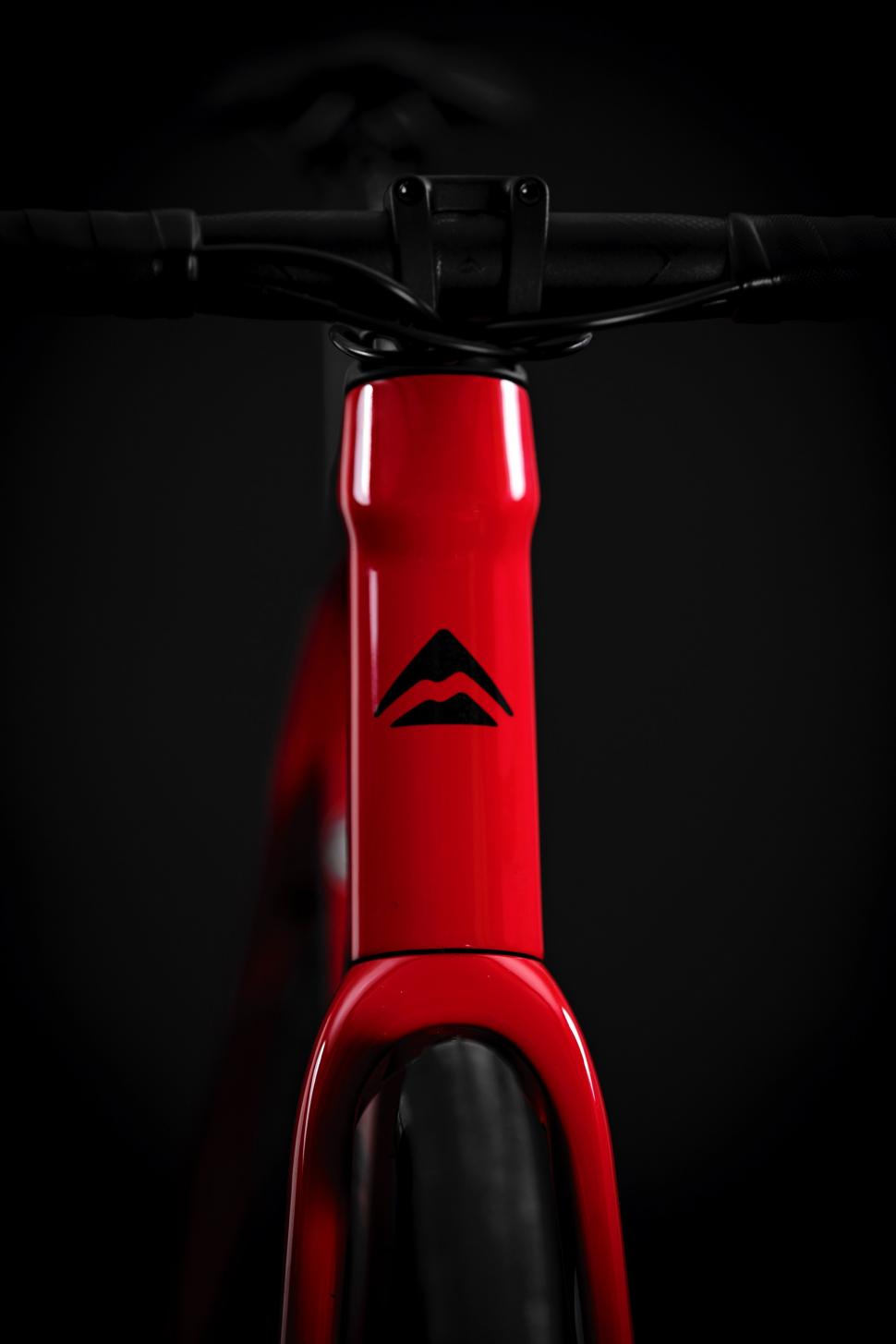 The Scultura Endurance comes with an entirely new geometry. As you'd expect, the head tube is longer than that of either the Scultura or the Mission CX. The head tube angle is a touch slacker than the Scultura's too, and the wheelbase is slightly longer.

"In combination with the wider tyres, this makes the bike more stable and safer at speed," says Merida. 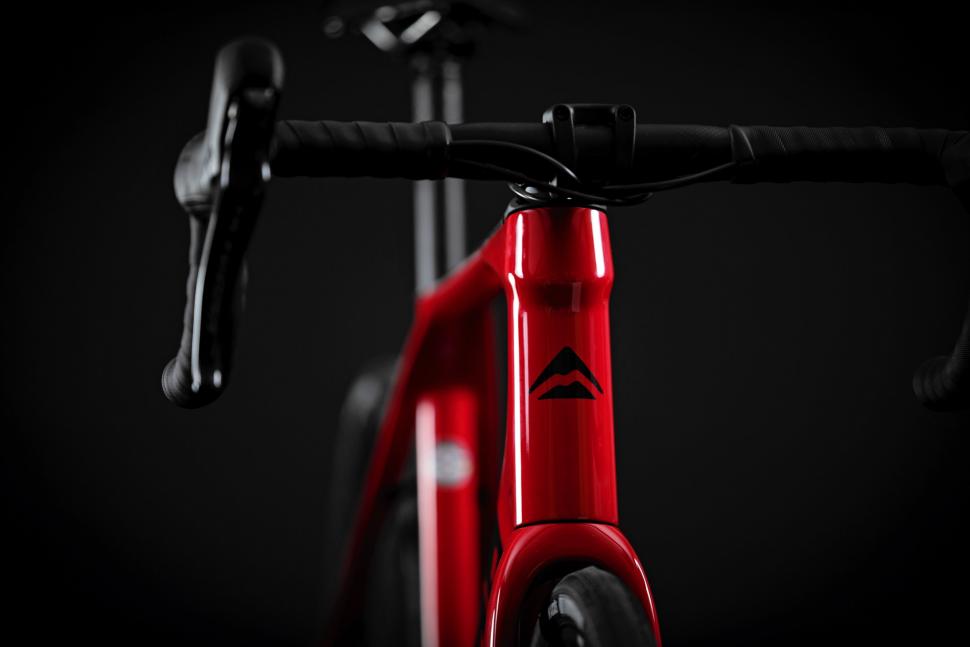 All of this suggests a fairly relaxed ride position by road bike standards. 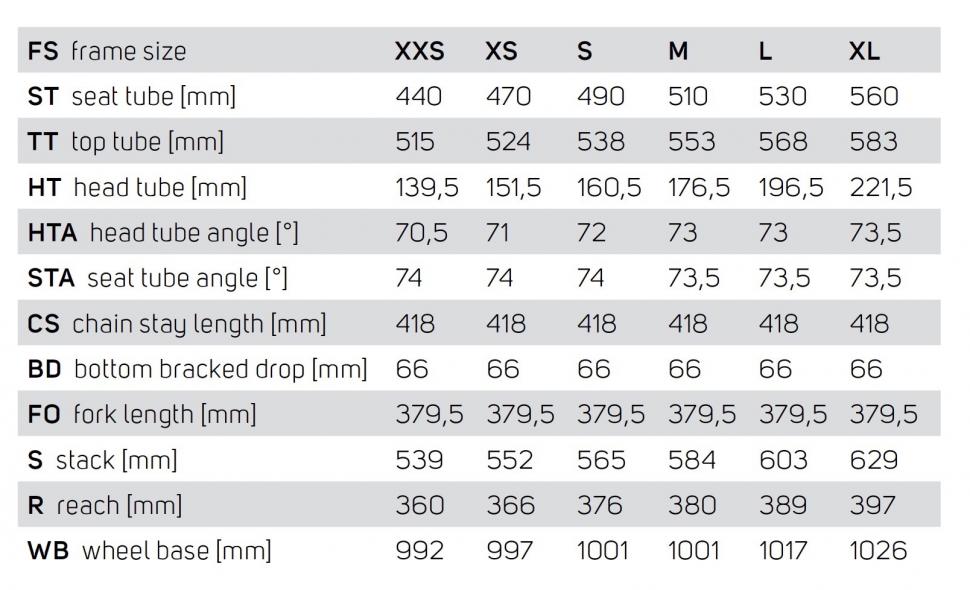 How to read a bike geometry table: the numbers made easy

Stock tyres are a generous 32mm wide and, as mentioned, you can fit slicks up to 35mm.

The Scultura Endurance features a new ‘Wire Port’ where the shifting and brake cables are routed through the headset for a less cluttered front end, and a hidden seatpost clamp that's designed to neaten the appearance as well as reduce turbulence and drag. 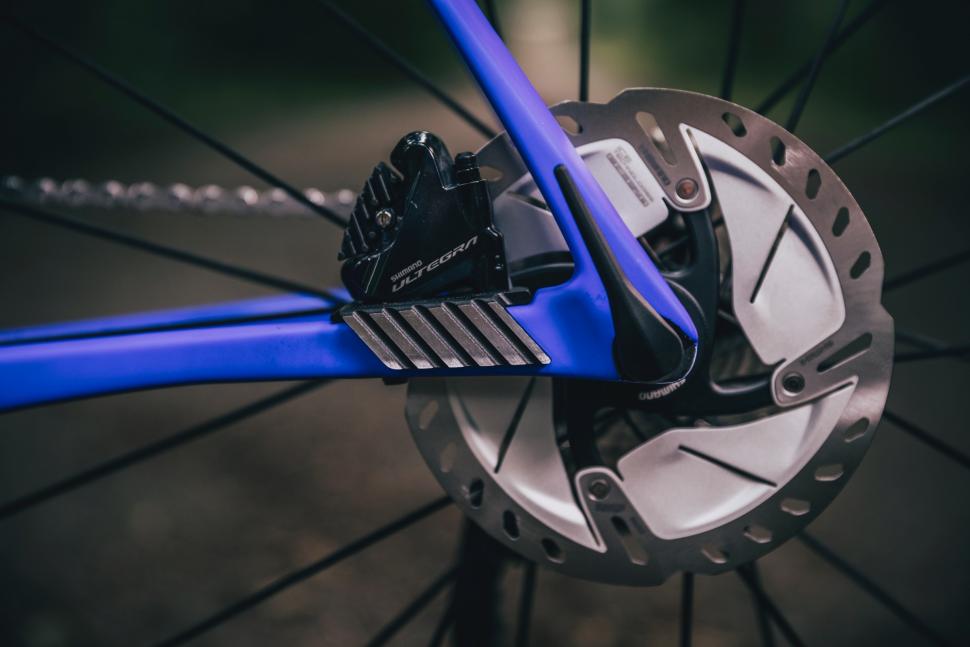 You also get Merida's disc cooler technology which dissipates heat via a series of fins.

All models can take mudguards front and rear, the seatstay bridge being removable if you don't want to fit them. This means that "the Scultura Endurance lends itself towards being the perfect winter training bike or even fast commuter", according to Merida. 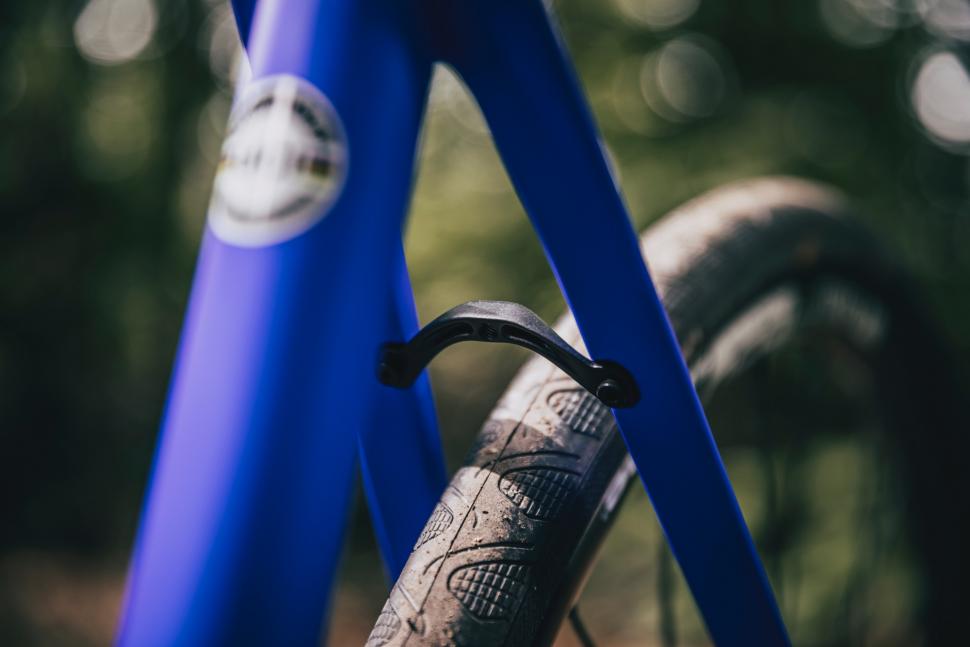 Merida claims that the carbon frame (size medium) weighs 1,124g (including small parts like the derailleur hanger, seatstay bridge, and bottle cage screws), while the carbon fork with a tapered, uncut steerer is 411g.

Like most disc brake road bikes these days, the Scultura Endurance is built for Flat Mount standard and takes 12mm thru axles front and rear. Rotors are 160mm rotors, or 180mm with an adaptor.

The seatpost is 27.2mm in diameter and the bottom bracket is Shimano BB86 press-fit.

There are four models in the Merida Scultura Endurance range, all with the same frame and fork and 50/34-tooth compact chainsets:

We have asked for availability dates for the new bikes.

We have had a Merida Scultura Endurance road bike here at road.cc for the past couple of weeks so stay tuned for our First Ride impressions.