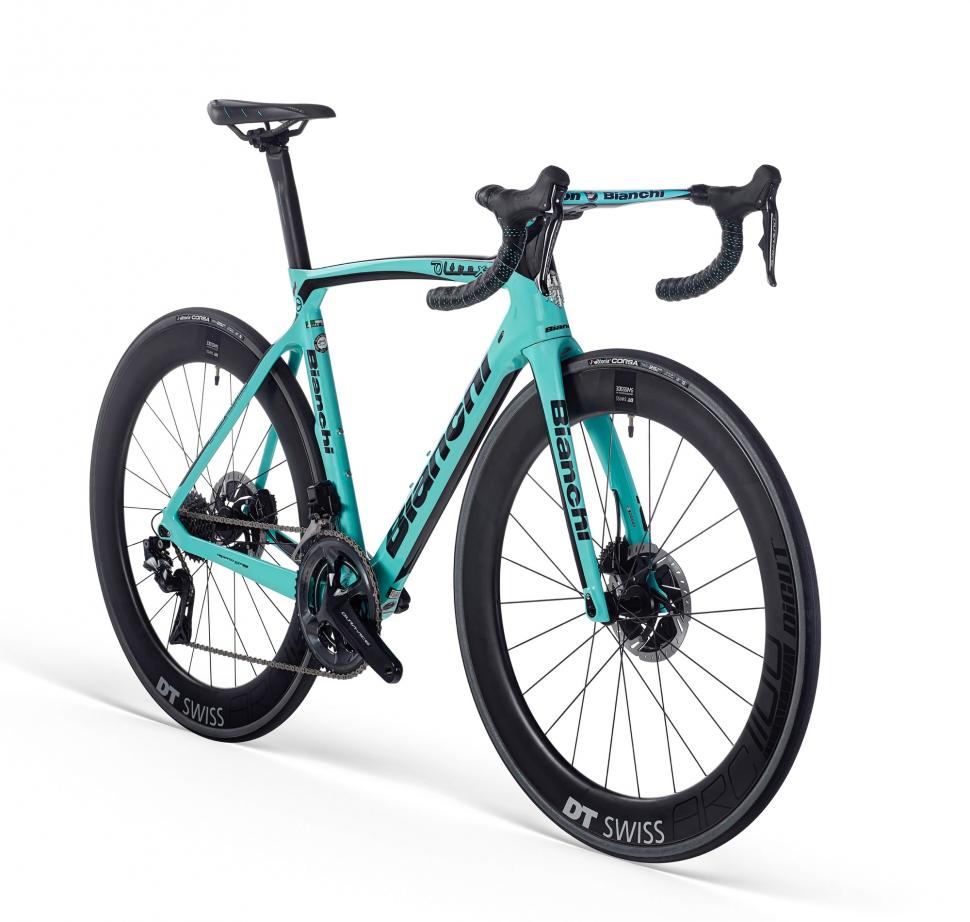 Bianchi has released two new high-end carbon road bikes, the Oltre XR4 Disc and an updated version of the Infinito CV Disc, both of them featuring its Countervail technology that’s designed to reduce vibration. 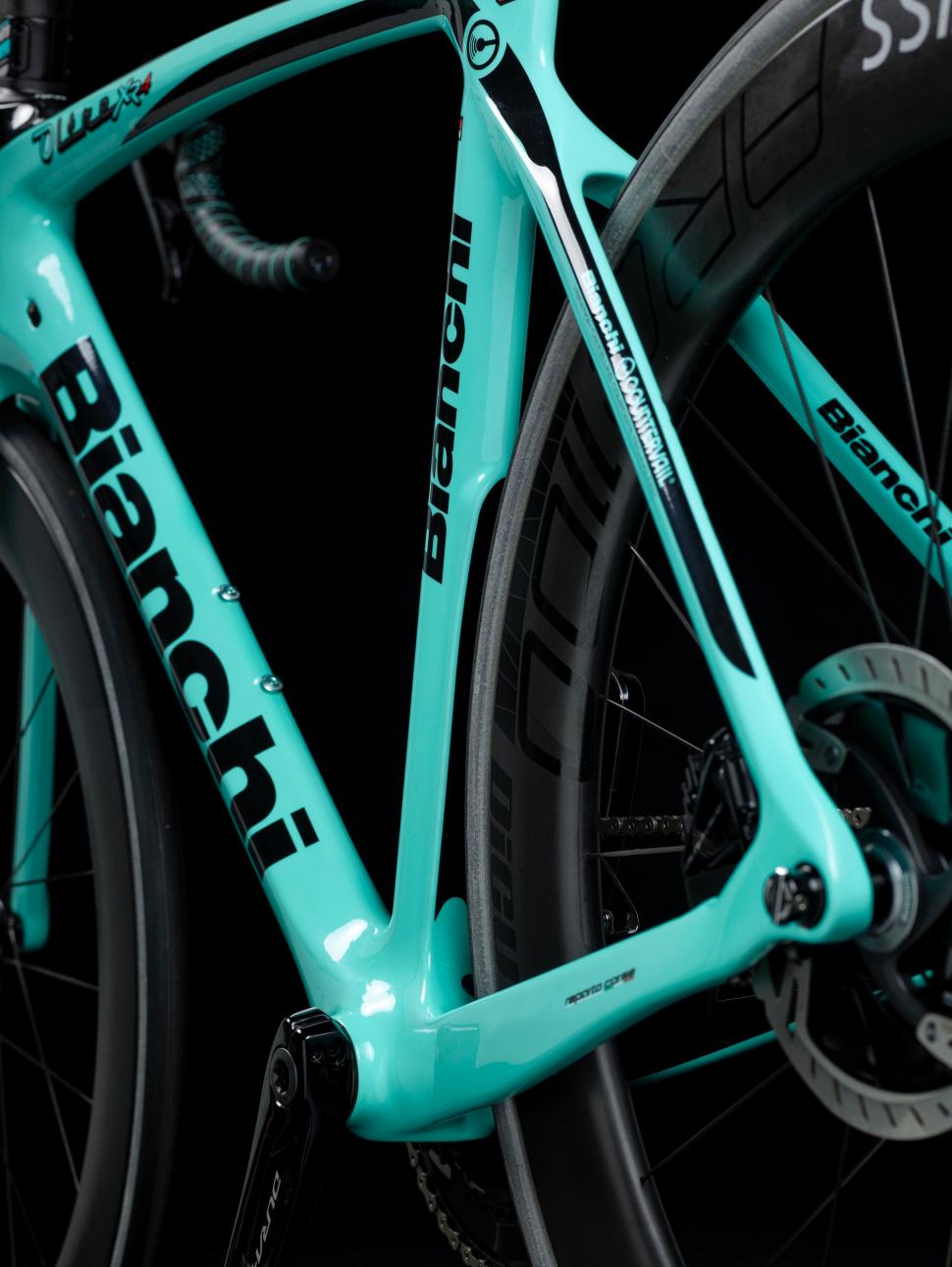 The rim brake version of the Oltre XR4, which Bianchi calls its “leading aero design”, has been around for two years now and we knew that a disc brake option (main pic) was on the way because it was added to the UCI’s list of approved frames last month. Bianchi began offering a disc brake option of its Oltre XR3 back in March.

Check out our review of the Bianchi Oltre XR4 here. 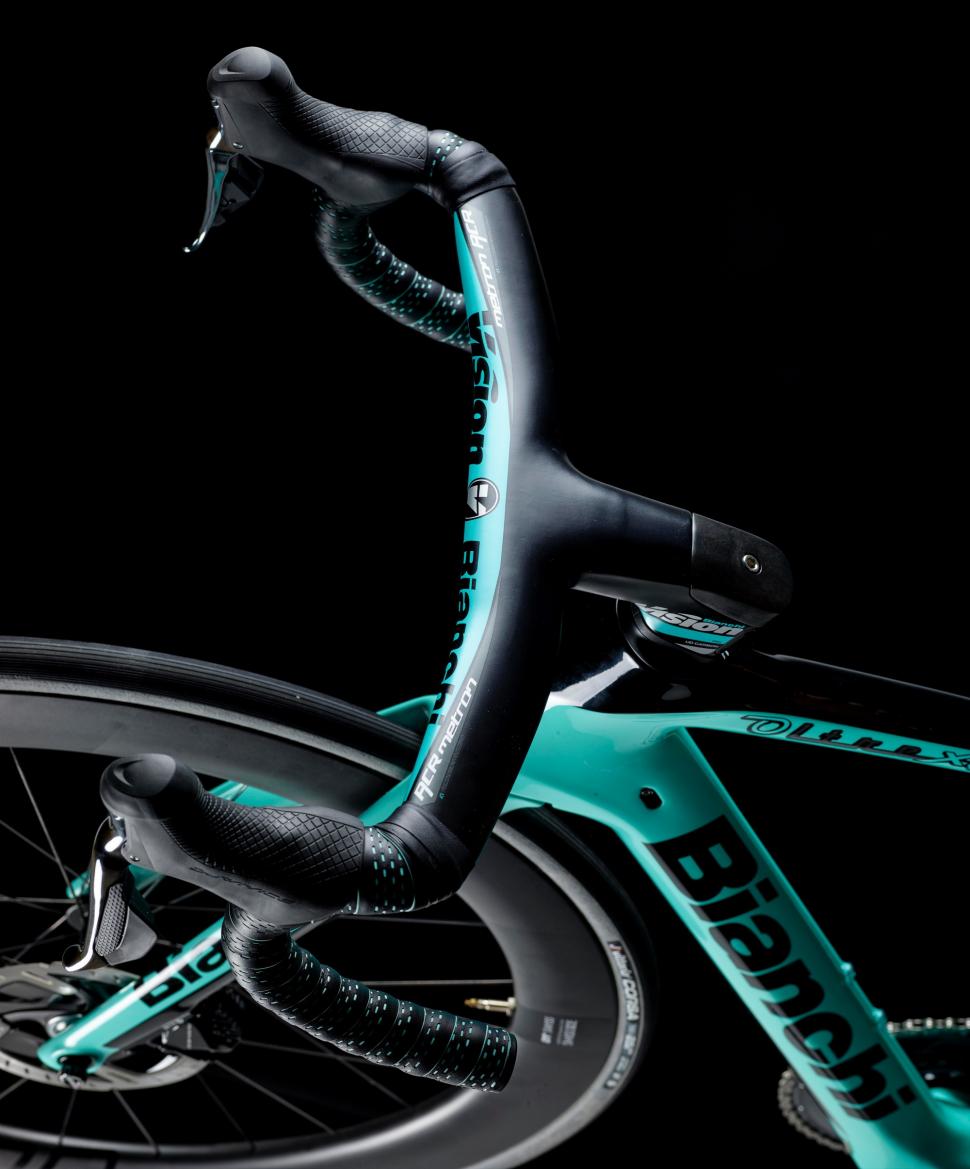 The Oltre XR4 Disc features a new Metron 5D ACR aero handlebar/stem with fully enclosed routing for both the hydraulic brake hoses and the gear cables. With the rim brake model’s Metron 5D cockpit the cables exit at the ends of the handlebar tops, the gear and rear brake cables travelling externally until entering the top tube.

Read our feature: The rise and rise of disc brake aero road bikes 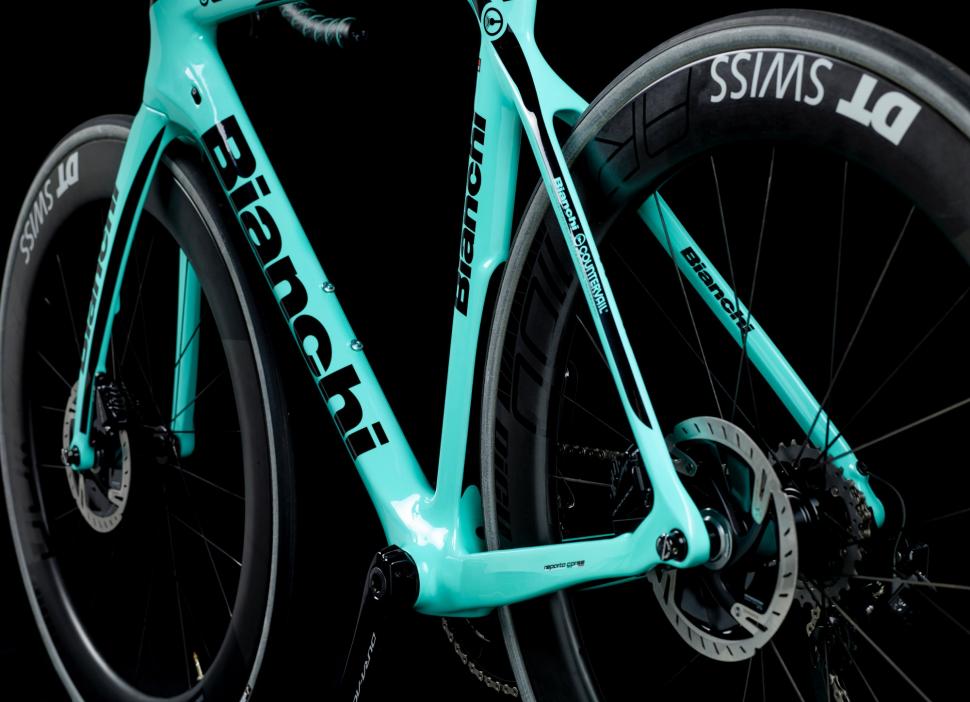 The Oltre XR4 Disc uses 12mm thru axles front and rear and, like the vast majority of new models, it has flat mount disc brakes.

The Bianchi Infinito CV Disc (below) is an endurance road bike. 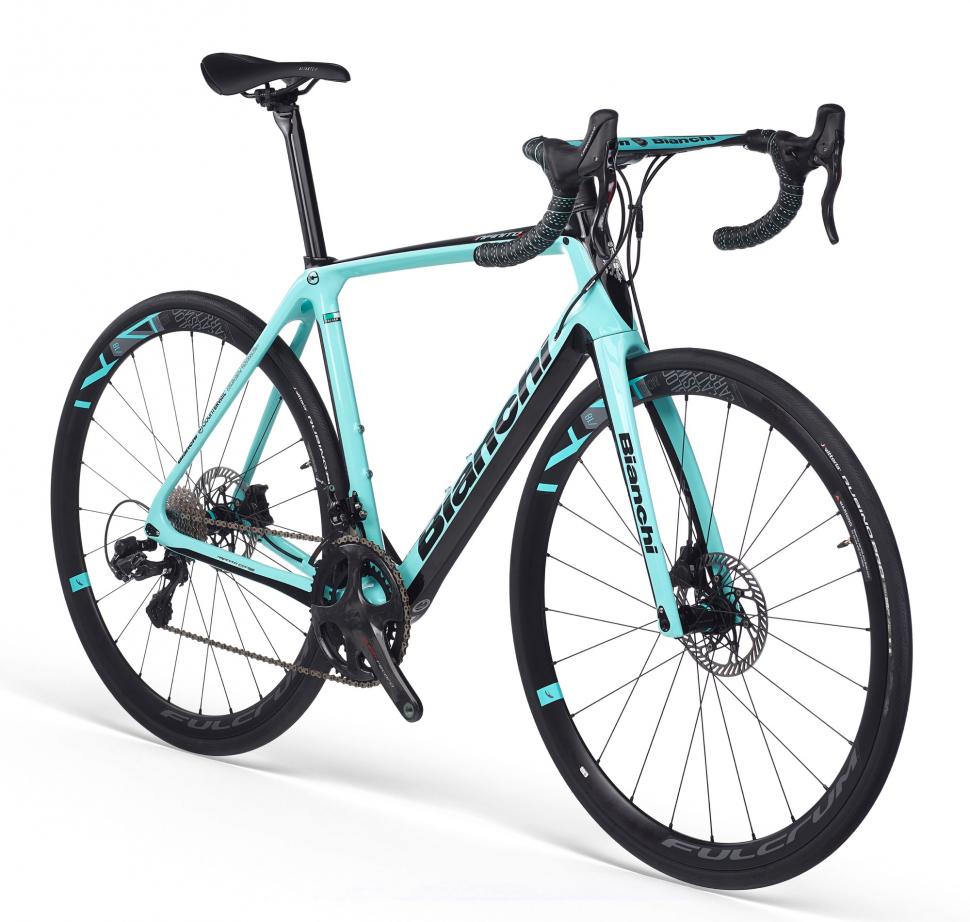 Countervail (CV) is a structural carbon system with a viscoelastic resin from Materials Sciences Corp that’s embedded within the frame’s carbon layup. The idea is that it cancels out road vibration to reduce muscle fatigue and save energy while improving handling and control.

“The new Infinito CV Disc has been engineered to be also more aero by using a new integrated-look carbon seatpost,” says Bianchi. “The bike is also compatible with Metron 5D aero handlebar.” 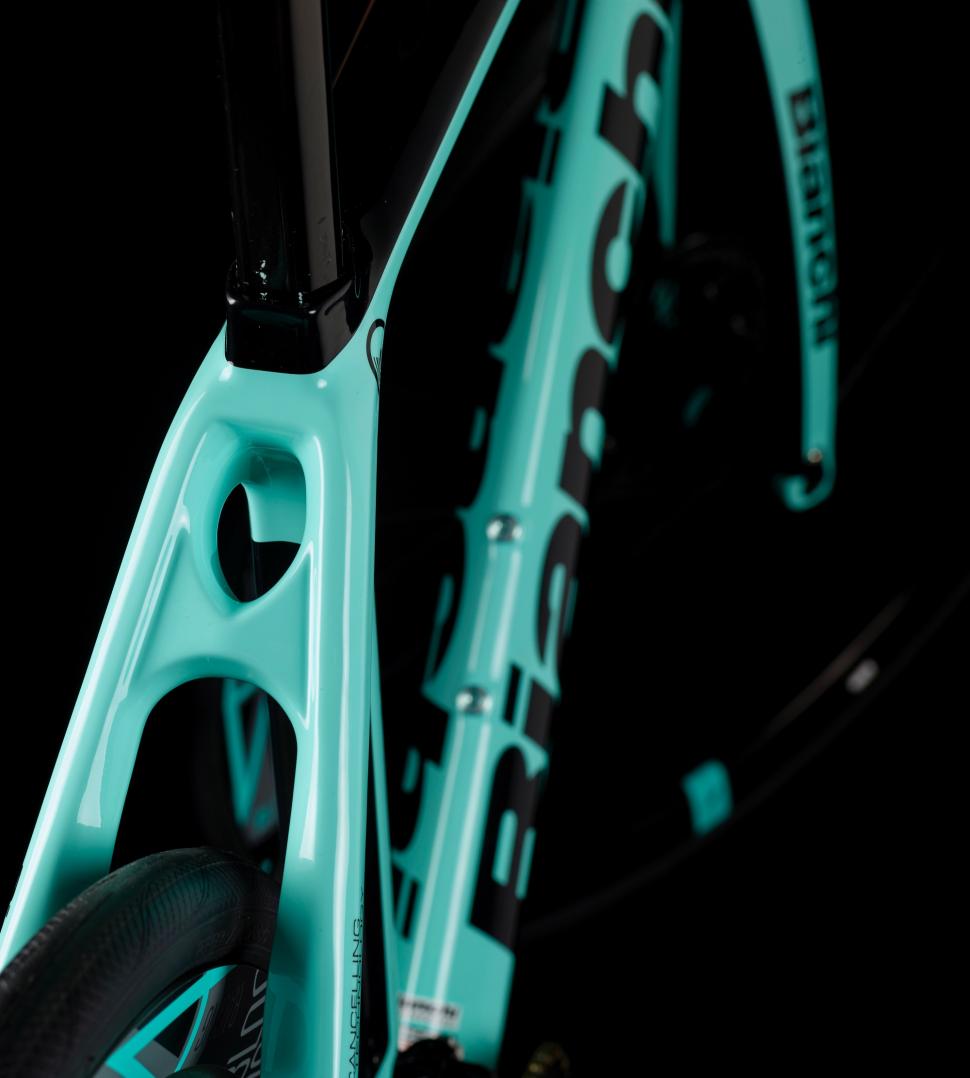 The Infinito CV Disc is compatible with tyres up to 32mm. It has a claimed frame weight of 950g (+/-5%, 55cm version) and a fork weight of 390g. Like the Oltre XR4 Disc, it uses 12mm thru axles front and rear and flat mount disc brakes. 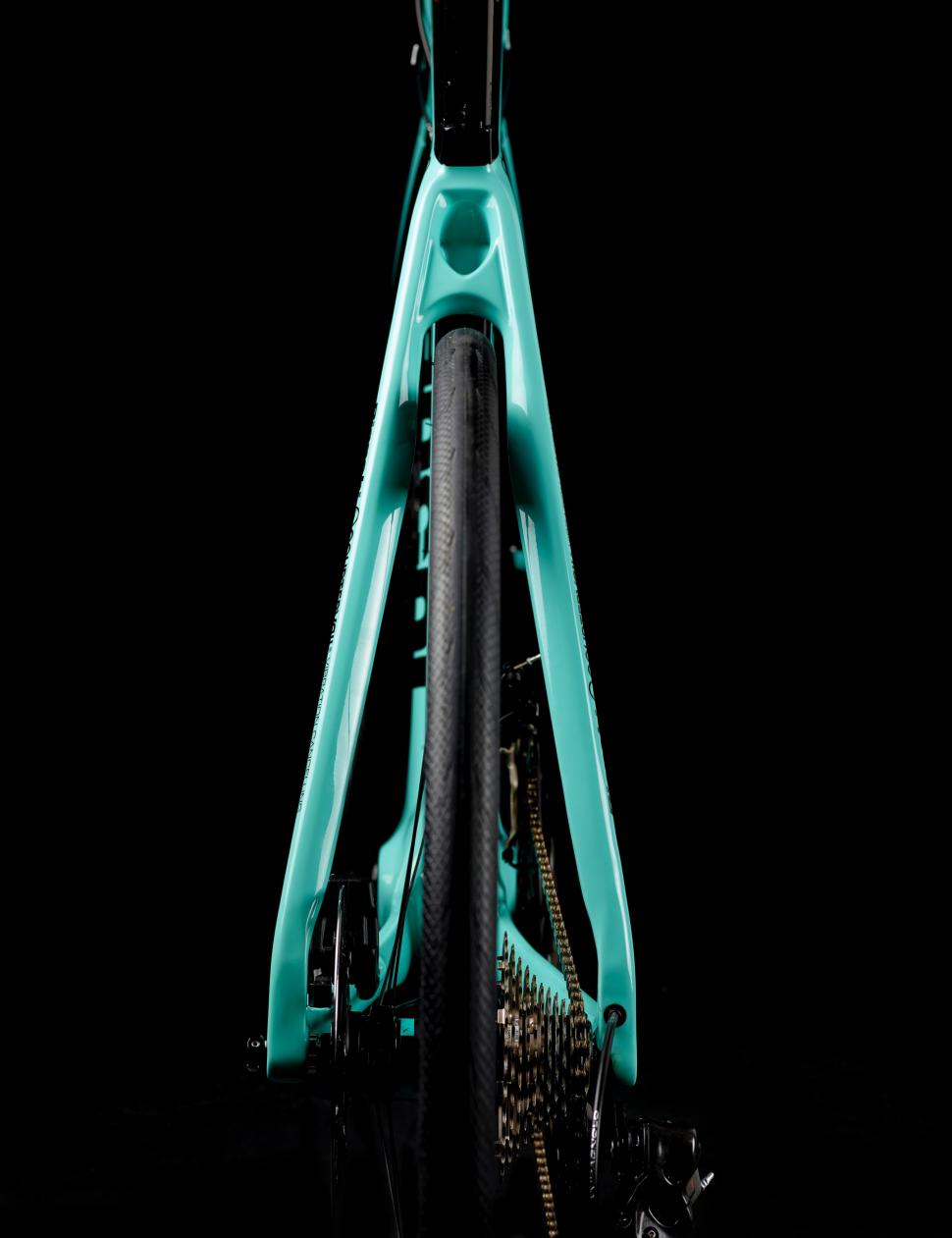 Prices and availability? We’re working on both.

In the meantime, get more info from www.bianchi.com