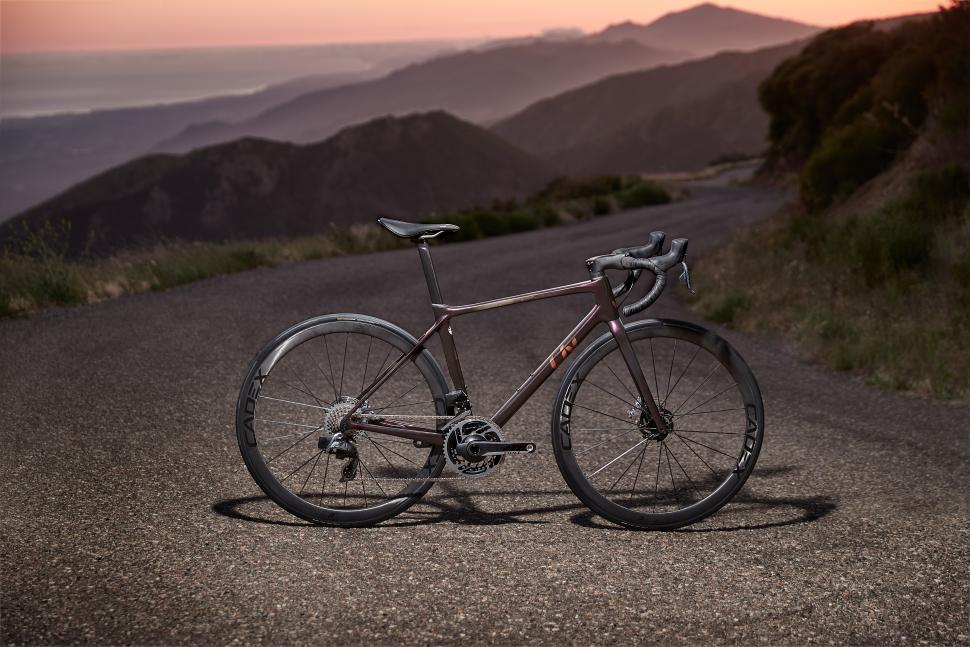 Liv has launched the second generation of its all-rounder Langma performance race bike range, saying that the new version is more efficient and responsive than previously, and better at sprinting, cornering and climbing.

Here are the key features that Liv is claiming: 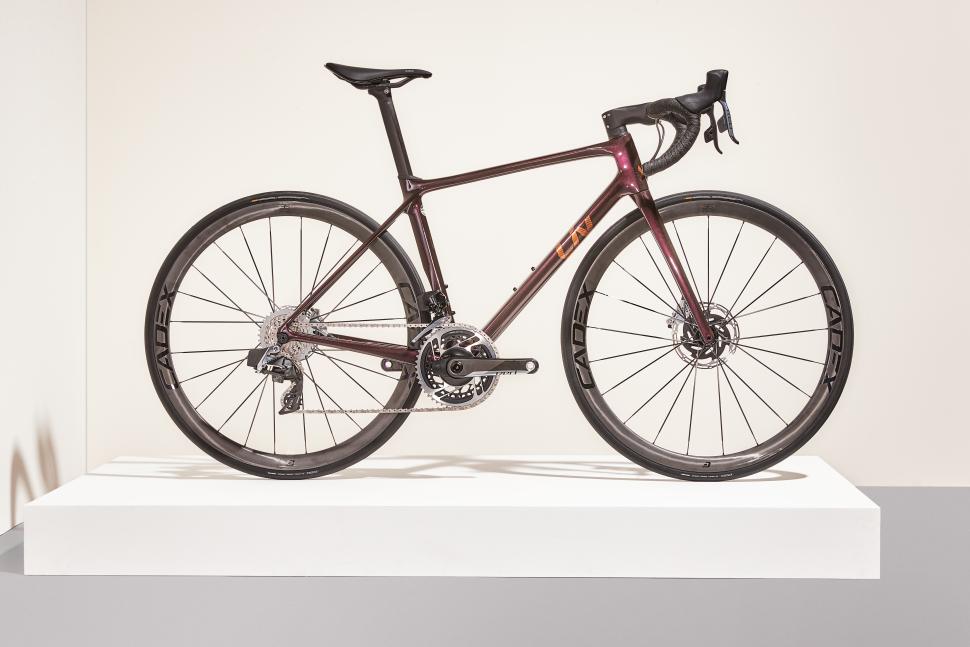 “The Langma is not our dedicated aero race bike, that’s the EnviLiv, but since the first generation Langma we’ve aimed at providing aero benefits to our tube shapes and components, to improve the riders’ energy conservation in headwinds, descents and sprints,” Liv says.

Liv says that women’s data and feedback informs its design, development and prototype process and that this translates into a better fit, improved handling and less fatigue for the rider.

> Female optimised training: here’s how to work with your menstrual cycle

The range is produced in sizes XXS to L to accommodate riders with heights from 145mm to 183mm.

The Advanced SL-Grade Composite frameset has been rebuilt with longer, more continuous pieces of carbon fibre for a stiffer bike that’s 60g lighter than the first-generation, coming in at a claimed weight of 1325g.

“Compared to the first generation Langma Advanced SL there’s less carbon used, while the pieces that are used represent higher grade material than before.

“By applying the same method to the chainstays, from the dropouts to the bottom bracket, we’ve achieved a stronger connection that is lighter and more efficient, transferring every watt to the wheel for faster acceleration, and overall speed."

Updated truncated ellipse tube shapes, particularly in the down tube and bottom bracket areas, are claimed to reduce wind drag at a wider range of yaw angles.

“The shaping was able to grow wider, providing substantial increase for this area of the frame, allowing the rider to more efficiently transfer power through the drive train,” says Liv.

“This allows riders to gain precious seconds in flats, descents, and headwinds.”

The updated Langma Advanced Pro frame is 25g lighter than the first-generation frame and is also said to have 6.6% more torsional stiffness.

The symmetric design is said to drop weight while improving stiffness and aerodynamics. It also now features increased clearance for tyres up to 32mm.

“We opted for the Variant SLR seatpost over the ISP or integrated seatpost which was on the first generation Langma Advanced SL because of consumer feedback requesting a fully adjustable seatpost solution," says Liv. 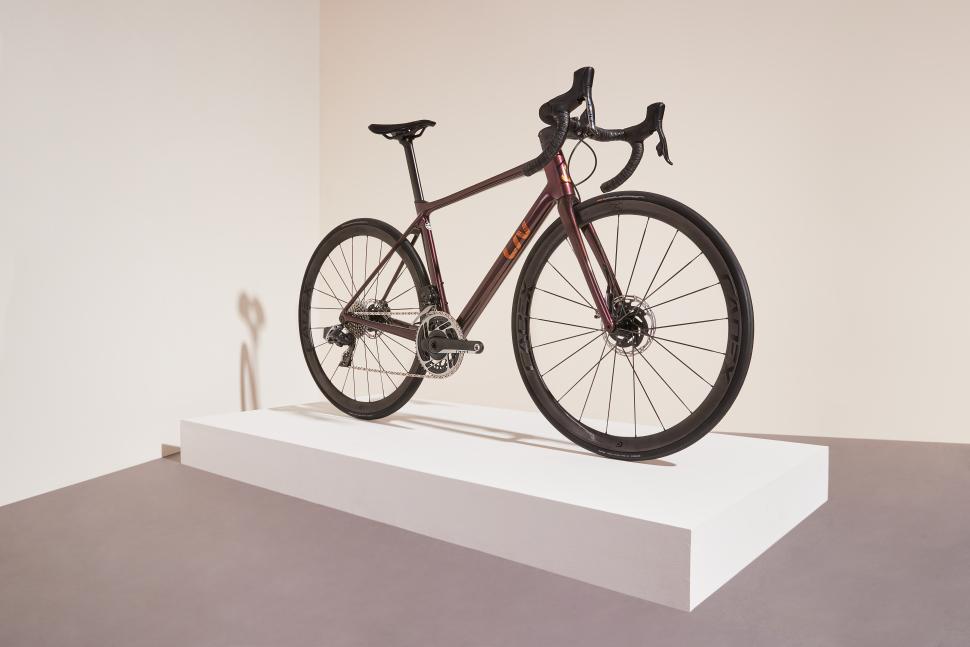 Liv’s own testing found the new Langma Advanced SL Disc provides up to 21% greater transmission stiffness than the first generation rim-brake version of the Langma Advanced SL, and against two key rivals, 13% over the Specialized Tarmac SL 7 Disc and 35% over the Trek Emonda SLR 9 Disc.

“To best test for real-world conditions, we conducted both steering and pedalling stiffness with its corresponding fork in place to determine the final frameset transmission stiffness,” Liv explains. 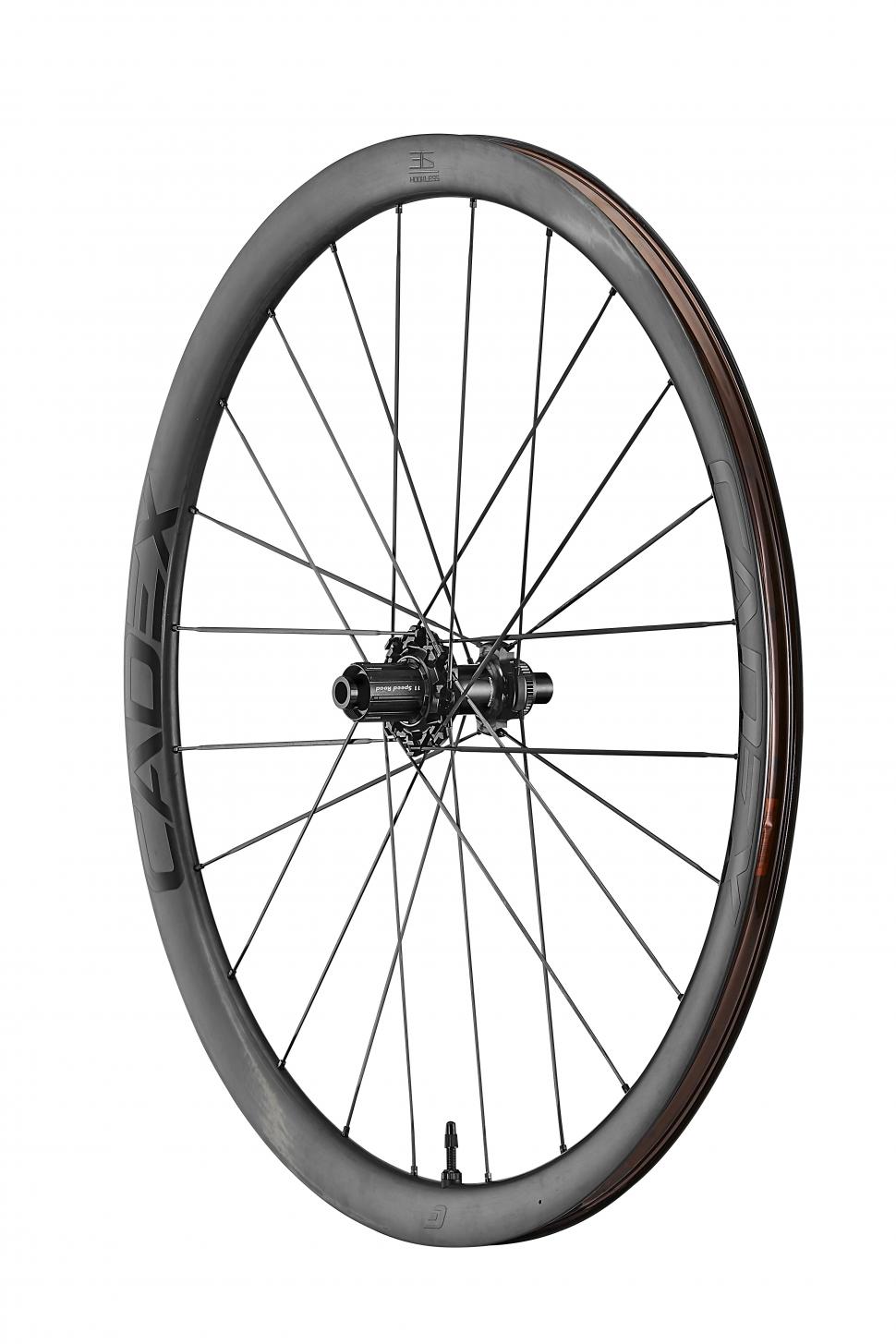 Cadex claims the transmission stiffness-to-weight ratio is over 40% higher than that of Zipp’s 303 Firecrest Tubeless, Bontrager’s Aeolus RSL 37 and Roval’s Alpinist CLX wheels, while lateral stiffness is over 30% higher.

Check out the full story on this new wheelset over here.

All models are set up tubeless for “greater efficiency, comfort and control”. While there is clearance for up to 32mm tyres, all models roll on 25s.

How is this bike designed for women? 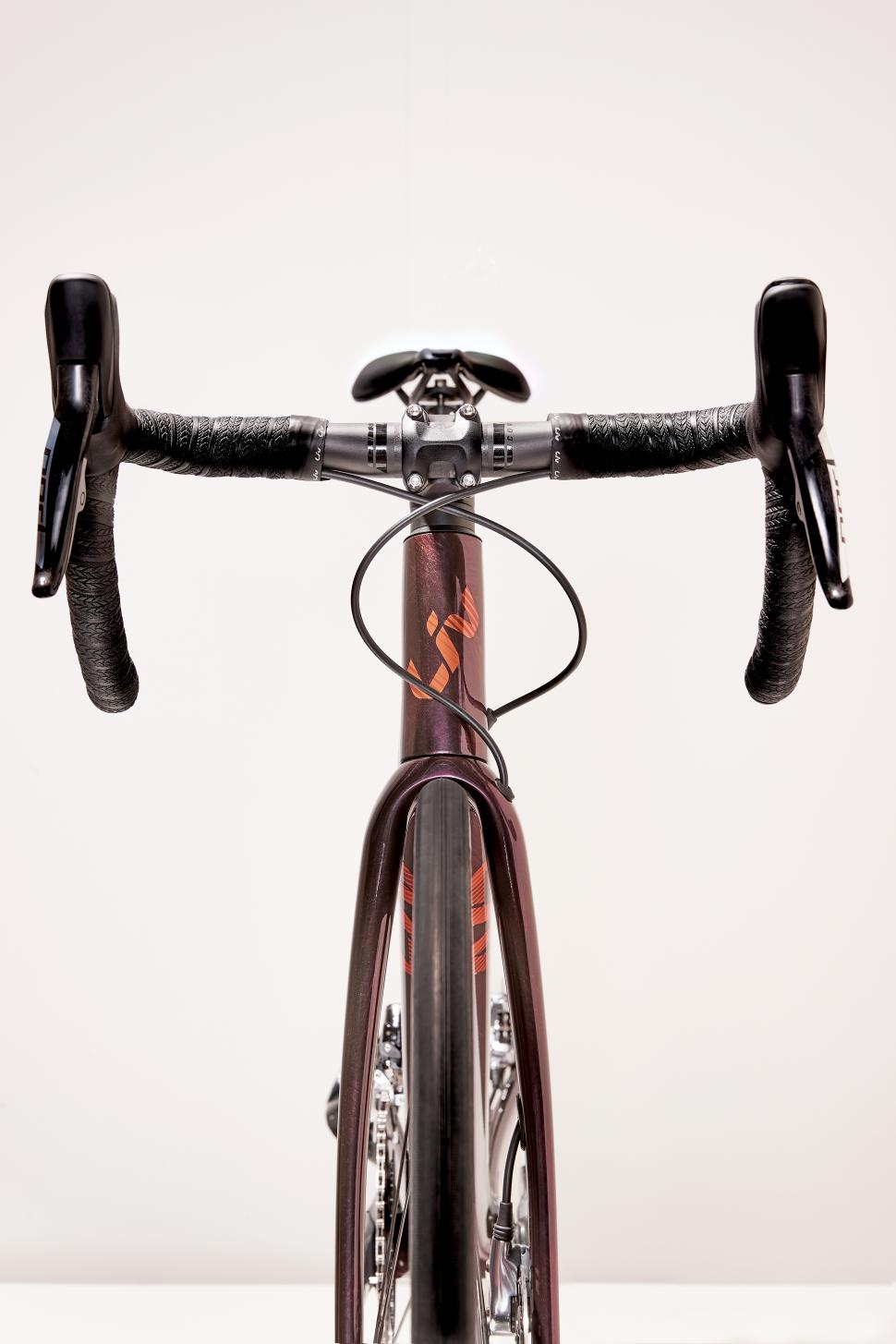 Liv says it applies women’s body dimensional data to provide the “ideal geometry for a specific height range and the intended ride experience”.

More specifically, Liv’s all-new Contact SLR handlebar features an aerodynamic design, ergonomic grip and optimised drop and reach that has been engineered based on women’s measurements.

Stiffness has been improved by 29% over the Giant Contact SLR specced on the first generation and Liv says “this translates into improved responsiveness to rider input for ultimate steering control.”

The Langma Advanced SL and Advanced Pro have the carbon version of this new bar fitted, while the Advanced comes with an aluminium spec.

Crank arm lengths also differ across frame sizes based on women’s proportional data. 165mms are specced on the XXS and XS models, 170mm on the S and M, while the L is the only size with the standard 172.5mm fitted.

An ergonomic cut-out design is also said to relieve soft tissue pressure and numbness in areas where it's needed most.

Models available in the UK

The Langma Advanced SL Disc-Red I currently have on test won’t be available in the UK, but a different build of the Advanced SL frame will be later on this year… so watch this space 👀

There are five models currently available in the UK from £5,599 down to £2,349. The specs and prices are as follows: