It's Wednesday and Dan Alexander will be seeing you through the middle of the week on the live blog... 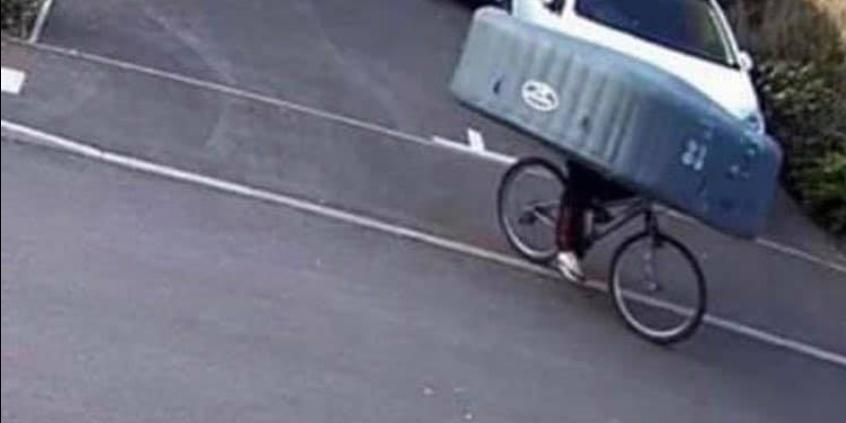 Add this to the 'things you never thought you would read' folder... this post was shared on the Everything Henbury Facebook group and we are so glad it was. The bloke balancing the spa while seemingly blind to where he is pedalling is giving me Pirates of the Caribbean canoe scene flashbacks!

Everything Henbury was set up for "Help. Advice. Crime. Schools. Local business. Covid info. Local activities. For sale. Anything relevant"; but it seems it is also the premier location for stolen inflatable home spa content too.

Watch your back, Captain Jack. The cycling pirate of Henbury has been copying your party trick... 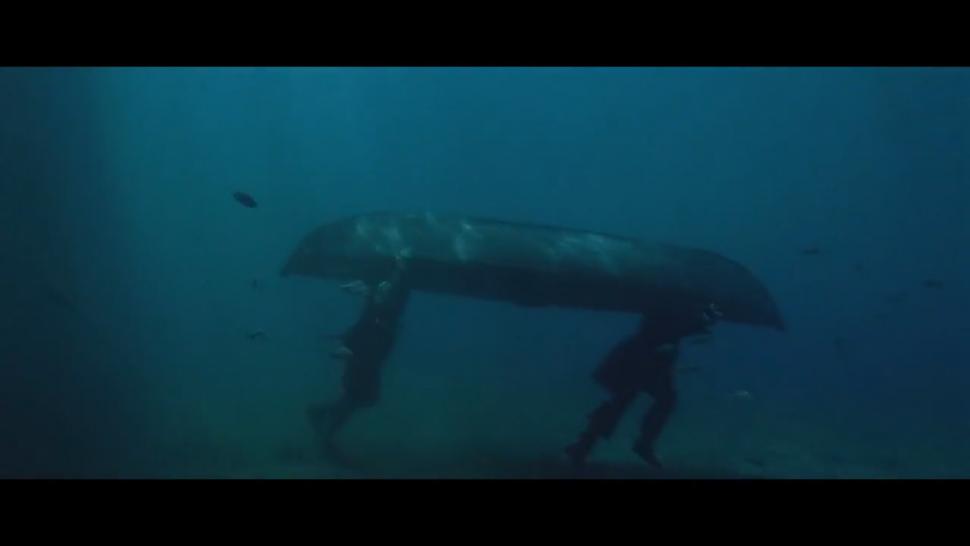 I guess the natural question is what is the weirdest thing you have seen someone carrying on a bike? Our regular series featuring close passes from around the country - today it's Avon & Somerset
35
28 April 2021, 15:35
Peter Sagan sprints to victory on stage two of the Tour of Romandie

Peter Sagan won his second race of the season today, beating Sonny Colbrelli and Patrick Bevin in a reduced sprint on stage two of the Tour of Romandie. The field was cut down on the final climb before a few unsuccessful late attacks were reeled in. It looks like the three-time world champion could have some decent legs coming just in time for his return to the Giro d'Italia next Saturday...

No change at the top of the overall standings. Ineos Grenadiers remain firmly planted to the top of the GC after their 1-2-3 in yesterday's prologue.

Now London has started to change the way people get around, rather than grumbling about it, they’ve invested in cargo bikes from ⁦@RaleighBikes_UK⁩. pic.twitter.com/3sbe5KOPaU Successful bid is almost five times more than what the Raleigh Traveller bike went for the last time it went under the hammer
2
28 April 2021, 14:19
"We vented our hearts out": Dylan Groenewegen recalls meeting Fabio Jakobsen for the first time since Tour of Poland crash

Dylan Groenewegen gave a very frank interview to Dutch outlet NOS about his return to the sport in which he revealed he and Fabio Jakobsen met in Amsterdam recently to talk over the events of the past nine months. The Jumbo-Visma sprinter is set to return to racing at the Giro d'Italia the day after his suspension is lifted on May 7 but wanted to set things right with his fellow countryman before resuming his career.

"We vented our hearts out," Groenewegen recalled. "It was a nice conversation. I prefer to keep what was said between Fabio and me. But it is very nice that that conversation has taken place. Now we as sportsmen are both looking ahead again."

The 27-year-old admitted he still struggles to come to terms with his involvement in the crash which left his Deceuninck-Quick-Step rival in a medically-induced coma. "I kept hearing that bang," he explains. "It was not a deliberate action to make someone fall. It happened in a flash, it went so fast. Sometimes you can correct something in a sprint, but with a speed of 85 per hour that is not possible. is really very hard. Your responsiveness just decreases when you drive faster.

"Physically I'm certainly ready. But how is it going mentally? How I am going to react to the peloton and how the peloton will react to me? That is a question of waiting." Police in Ontario are on the hunt for a cyclist who fled the scene after crashing his bicycle, leaving behind a trailer with 31lbs (14kg) of dried cannabis. CTV News reports that the man was spotted on Tuesday at around midnight before an officer saw him crash into a rubbish bin...

The man wearing dark clothing left the trailer, and its contents worth thousands of pounds, behind as he fled the scene covering his face. In the high-stakes situation, the cyclist disappeared in a puff of smoke and despite the joint efforts of Strathroy-Caradoc police officers he has not yet been found.

Here may be the inspiration for the sign in Boarstall, that featured on Monday's blog, telling cyclists to keep it down...just wait until they hear about motorbikes and cars...

Some iconic bands including Foo Fighters and Radiohead have collaborated with Brompton to design some limited edition bikes and raise some money for the live music relief fund. If you are interested it is probably best to check out the full list of pictures here, rather than on the Greenhouse Auctions site where the listed pictures are not even Bromptons...

Imagine your disappointed if the Thom Yorke inspired Brompton you were expecting turns out to be one of four identical yellow Hummingbird folders. No offence, Hummingbird!

*Update, 17:55: it appears the auction site has now replaced the placeholder images of the Hummingbird bikes.

Sadly for Rémi his time in yesterday's Romandie prologue was quickly changed back to 11 seconds behind Rohan Dennis, despite this lad's best efforts... Baroness Vere tells House of Lords debate: “The government are not about to mandate bells on bicycles”
95
28 April 2021, 11:18
Tom Pidcock Gran Fondo The new big player in British cycling has put his name to a mega ride in the Yorkshire Dales to celebrate the launch of his new app Link My Ride. Riders can choose between two routes: a 'shorter' 110km ride with 1,423m of climbing or the full 180km with 2,430m of climbing. Taking place on Sunday 1 August, both routes take in some of Pidcock's favourite training rides with the long route pitting riders against the challenging double ascent of Kidstones Pass and Fleet Moss. Registration for the event goes live this Friday at noon. "As a young rider I trained on the grippy Yorkshire roads. For sure, they made me
the rider I am today. I’m really excited to be showcasing what I believe to be the best of the Yorkshire Dales in this event," Pidcock said.

The announcement of the new Gran Fondo coincides with the launch of Link My Ride, the Ineos Grenadiers rider's new app which allows riders to create, plan and organise group rides. 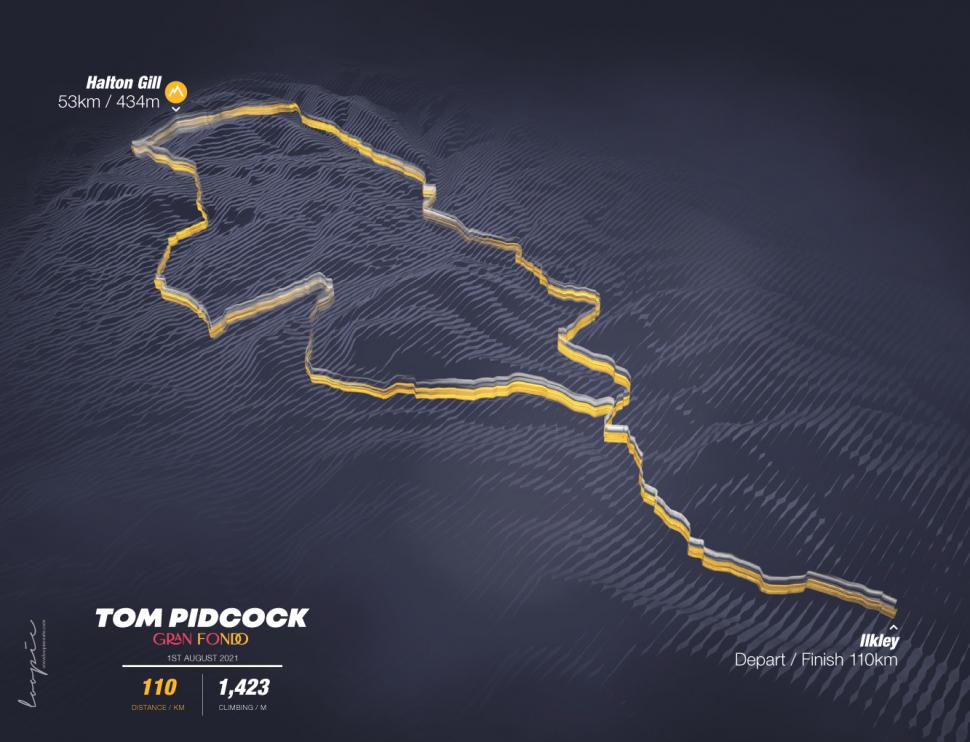 I had that ⁦@ShaunBaileyUK⁩ on the back of my bike this morning in St James’ Park.
He clearly knows how to handle a bike.
This is what he had to say about cycling... pic.twitter.com/ArfeST28Ut

A few of you asked for a link to this in the comments. This was last Thursday, the day before the now-deleted LTN Tour de France comparison video was shared on Bailey's Twitter account.

A pair of cyclists in Melbourne were stopped by a police officer who told them fitting a new camera to their helmets was illegal and that next time they would be fined $207...

In the video shared on TikTok, the officer explains to the riders that attaching a camera "changes the dynamic of the helmet". When asked how they can use a camera, the officer replies: "you can't".

"What I will do is give you both a warning," the officer says. "But if we see you again wearing it we will [issue a fine]. It changes the dynamic of that helmet. That helmet would have gone through testing. I hope it is an approved helmet, I can't actually see a sticker on it that says it is.

"You can't [attach a camera to your helmet] unless it is manufactured to the helmet. As soon as you altered it, it is illegal."

The rules about riders fitting cameras to helmets vary between Australian states. Some allow it, however in Victoria where this incident happened, fitting a camera means committing the offence of riding with a helmet that is not considered approved by Australian standards and can lead to a $207 fine. In New South Wales the fine in $349.

It is the latest incident of police in the city taking strong action against cyclists. In February, a crackdown on riders breaking the Southbank Promenade's 10km/h speed limit saw cyclists face fines of up to $1,600...

Hope they get the bstard pic.twitter.com/7iL61VuQOT

Police have said they "have no doubt" the hit and run driver who seriously injured NHS worker Mark Richards on Saturday knew they had collided with the cyclist. Richards was struck by the driver of a dark-coloured Vauxhall Insignia on Spittal Terrace, near Hamilton Road in Blantyre and was taken to hospital with spinal fractures.

The 50-year-old remains in hospital for treatment where medical staff described his condition as serious but stable. Mark's wife appealed for anyone with information about the driver who "left him for dead" to come forward.

Sergeant Raymond Giulianotti from East Kilbride Police added: "I have no doubt that the driver of the car would have known that they struck the cyclist who was seriously injured as a result. A number of witnesses have already come forward, however, we are particularly keen to hear from anyone who may have dash-cam footage from the area at the time.

"If you were either on Spittal Terrace or A724, Hamilton Road, heading from Blantyre to Cambuslang between 11.10 am and 11.30 am on Saturday morning, then please get in touch with officers."

Anyone with information should contact officers via 101 quoting the reference number 1368 of Saturday 24 April 2021. Crimestoppers can be called anonymously on 0800 555 111. Eyebrows were raised over the weekend when Conservative London mayoral candidate Shaun Bailey released a bizarre video which flicked between clips of LTNs and the Tour de France...

Bailey posted alongside the video his campaign promise that he will "scrap all unwanted LTNs within 100 days". Cycling commentator and writer Ned Boulting was one of many to ask if they had contacted the Tour's organisers before using the footage.

He asked: "I’m assuming your team have acquired the correct licence for use of Tour de France footage. @LeTour is quite protective of its intellectual property. But you know that, because you’ll have paid them for this usage in a political campaign."

We do not yet know if it was the Tour who got the video removed, just that there are plenty of people pleased to see it gone...

The whole thing would have been hilarious if it weren't for the fact it was so full of dangerous disinformation.

I actually have no idea

This is the same Shaun Bailey who was gushing about how pro-cycling he is the day before the video was posted on his Twitter account..."How pro-cycling I am can't be explained," he told Evening Standard reporter Ross Lydall before going on to claim he wants more cycle lanes and more people from under-represented communities on bikes...