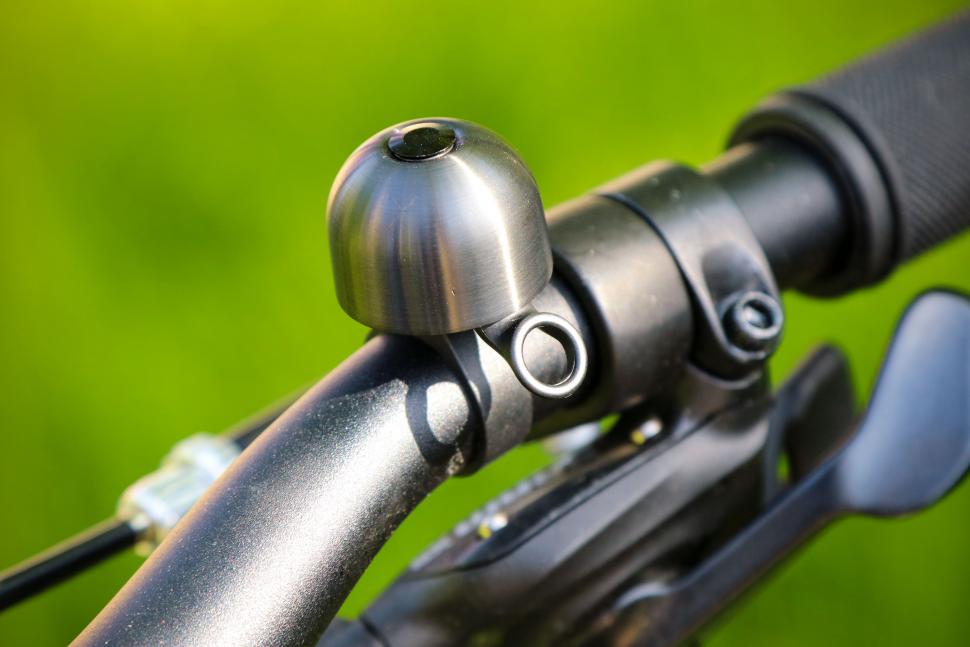 Baroness Vere tells House of Lords debate: “The government are not about to mandate bells on bicycles”
by Simon_MacMichael

Transport ​Minister Baroness Vere of Norbiton has said that cyclists in London are better off shouting than using a bell, and that the government has no plans to make it compulsory for riders to have one on their bike.

Speaking in a House of Lords debate, the Parliamentary Under-Secretary of State said: “The government are not about to mandate bells on bicycles. That would be disproportionate, and it is unlikely that any enforcement would be a police priority.

“However, cyclists must take responsibility for their actions. A little ‘ding ding’ on a bell on a bridleway is perfectly fine, but if you are travelling in central London, it will get you nowhere, and in those circumstances, a shout is probably preferable.

“I am afraid that the government will not be mandating bells at the present time.”

Yesterday’s debate was tabled by Tory peer Lord Lexden, the official historian of the Conservative Party, who asked the government “what assessment they have made of any hazards that arise when cyclists fail to make use of bicycle bells.”

In her initial response to that question, Baroness Vere said: “Cyclists, like all road users, have a responsibility to behave in a safe and responsible manner.

“Rule 66 of the Highway Code recommends that bells are fitted and used as necessary, and all new bikes must be sold with a bell fitted.”

In reply, Lord Lexden asked, “What can be done about the huge number of cyclists without bells, which does not lack aggressive and foul-mouthed elements?

“Some of them seem to prefer pavements to their designated cycle lanes, having presumably discarded the bells which … are required by law when bicycles are first sold. Is this not completely irresponsible?”

Baroness Vere replied: “I am going to try very hard not to make this a pro- and anti-cycling question, because there are many people on our roads – pedestrians, cyclists, horse riders, motorcyclists and drivers of motorised vehicles – and we must ensure that each considers their impact on other road users.

“My noble friend is right that we must do something. The core is education and training.

“In the government’s cycling strategy, Gear Change: A Bold Vision for Cycling and Walking, we said that every adult and child who wants it can be trained on how to ride a bicycle safely.”

Some peers used the opportunity of the debate to express concerns over pedicabs and electric scooters, while the former Labour MP and now cross-bench peer Baroness Hoey, claiming that “millions of pedestrians on pavements feel intimated and threatened by that small minority of anti-social cyclists,” asking whether “they all have something that shows who they are, so that they can be identified?”

The minister replied: “In the cycling and walking safety review of 2018 we looked at licensing, but we concluded that the costs would outweigh the benefits of getting more people on to a bike.”

In response to another peer who similarly raised concerns over the danger he claimed that cyclists pose to pedestrians, she referred to the recent consultation on proposed changes to the Highway Code, saying: “We want to ensure that those who can cause the greatest harm have the greatest responsibility to reduce danger or threat.

“In those circumstances, a cyclist would have the responsibility to a pedestrian or a runner to ensure that they were safe and did not feel intimidated.”

The Conservative peer Lord Robathan observed that “Pedestrians very often do not hear nor react to bicycle bells” and that “motorists invariably do not.

“In a collision with a car or a pedestrian, a cyclist is likely to come off worse because he has further to fall,” he said.

Calling for greater enforcement against motorists who encroach on advanced stop lines, he noted that “The problem is not with vulnerable cyclists but with motor vehicles and sometimes pedestrians who are not paying attention or taking sufficient care.”

Baroness Vere agreed “that perhaps a little more could be done around making sure that motorists do not stop in those boxes because they are really key for cyclists.

“It is about educating the drivers of motor vehicles as well,” she continued, highlighting the hierarchy of road users that formed part of the Highway Code consultation.

“We have got 21,000 responses on that,” she explained. “That has the capacity to fundamentally change the way we think about fellow road users, in whichever mode they choose to travel, and how we keep ourselves – and them – safe.”

The final question to the minister came from Labour peer Lord Berkeley, a patron of the All Party Parliamentary Group on Cycling and Walking.

He asked: “Does the minister agree that the biggest hazard for cyclists is actually unsafe drivers?

“They may be anti-social and some of the cyclists are anti-social. Does she agree that the common problem is the silent approach, be it by cyclists or electric cars? Surely the answer there is to make people use bells.

“Personally, I use a horn when I can because it is even better,” he added. “It wakes up people who are probably on a mobile phone in their car.”

I very much hope that they are not on their mobile phone in their car; otherwise, I shall have words,” replied Baroness Vere.

“I think I have been able to set out what the government are doing.

“We are focused on ensuring that the right balance is achieved and we need to make sure that motorists as well as cyclists behave in the way that they should,” she concluded.