'That is just horrific': AG2R Citroën's new jersey gets a mixed reception; More of the worst cycling kits ever made; The UK's best cafés for cyclists; Reaction to Cllr's resignation over 'w*nking off the Dutch' tweet + more on the live blog 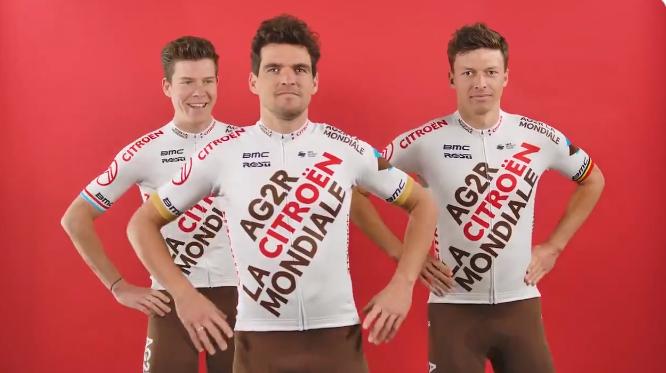 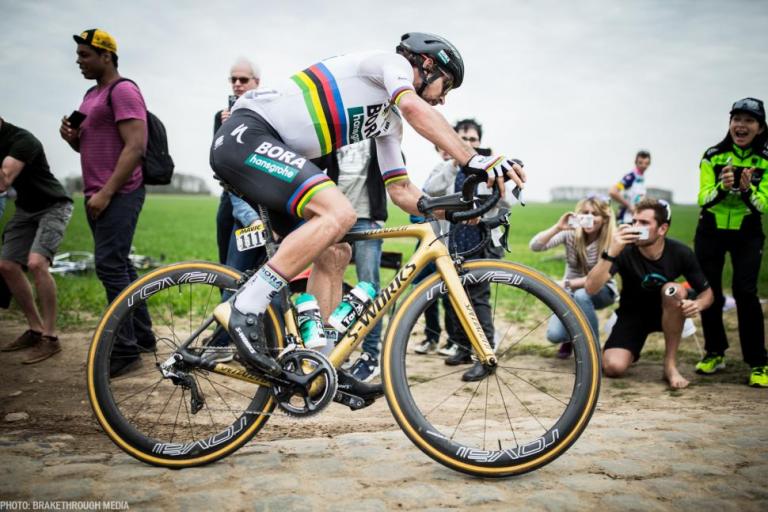 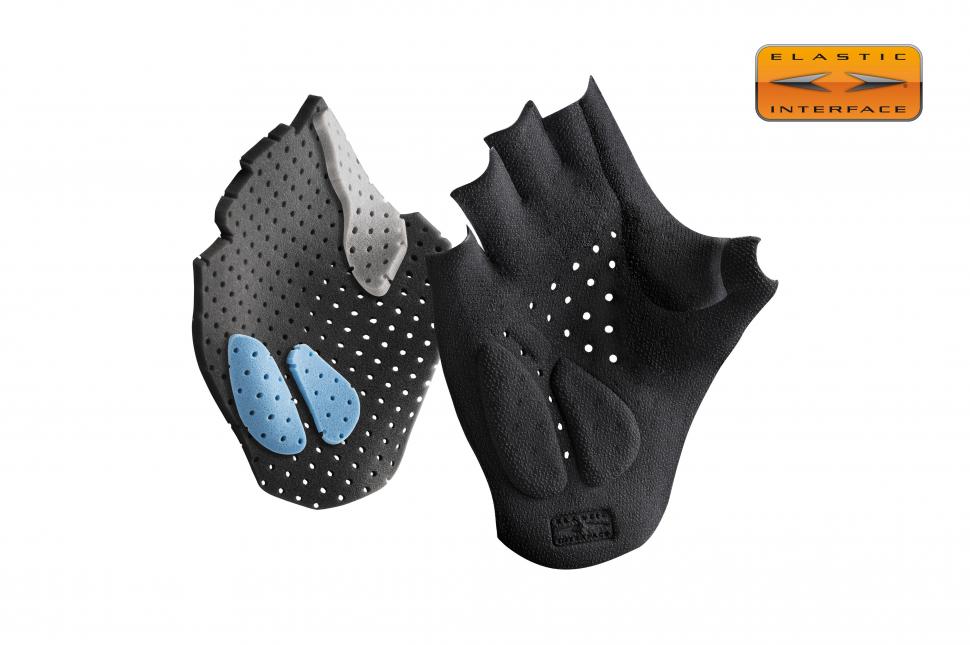 MAAP has launched these new race mitts which have a 3D elastic palm designed to be the 'chamois for your hands.' It claims to be the first ever 3D palm designed for cycling gloves and has been developed using Elastic Interface and support from the University of Padua Department of Biomedical Sciences. MAAP says the innovation will 'transform how we experience hand-to-bar comfort when riding a bike: it adapts perfectly to the shape of the hand, improves blood flow, and dramatically reduces soreness in the ulnar nerve - so no more tingling fingers.'

Ritchey has two new stems, the WCS Toyon and WCS Chicane B2. Both use the C220 clamp design from many other Ritchey stems which is designed to create a more secure interface by wrapping 220° over the handlebar, making it less prone to damaging lightweight bars. Both the Toyon and Chicane B2 will retail at €94.95 and weigh 139g and 137g respectively. 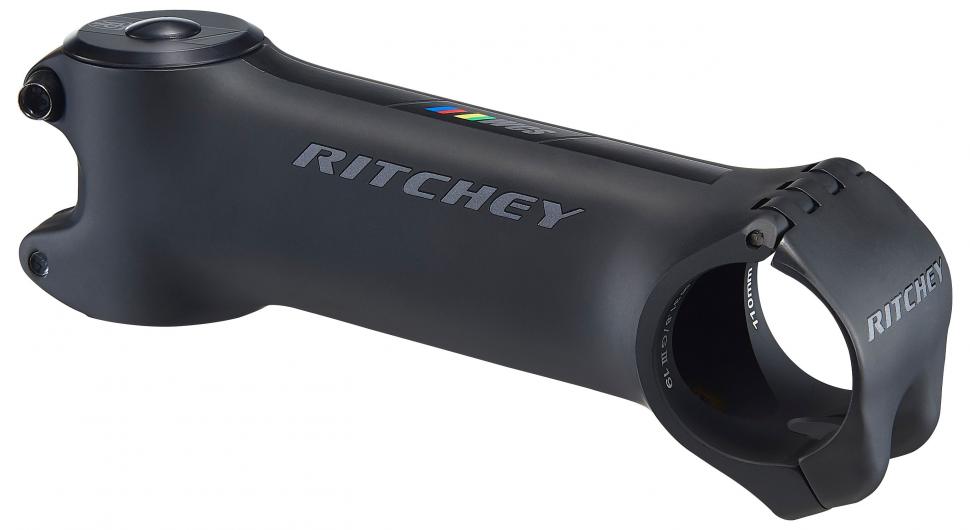 That's a resounding 'no' from most of you for AG2R Citroën's new kit then... It's time for the moment we've all been waiting for. Forget the Tour de France and Paris-Roubaix, Cycling UK has announced the winners of the 2020 Cyclist Café of the Year awards. Let's be honest, the warming cup of coffee and slice of cake mid-ride is one of the best things about riding a bike.

From over 2,000 nominations, author and cycling fan Felicity Cloake led a pannel of judges to select a winner from each of the four nations of the UK as well as an award for Lifetime Achievement. For the second consecutive year Velocity in Inverness won the Scottish title, while Look mum no hands! won the prize south of the border.

In Wales, plan2ride Bicycle Café won the title and Picnic Delicatessen was the Northern Irish winner. The Lifetime Achievement award went to Capheaton Tea Room in Northumberland for their service to hungry cyclists over the past 25 years.

Capheaton Tea Room manager Ellie Patterson was delighted with the recognition: "We are completely blown away to receive this award. Week in week out we just want to provide for our customers. A fantastic community of cyclists, walkers, locals and friends has been built over the last 25 years.

"We first opened as a way to raise funds to maintain our village hall and for many years our tea room was a perfect stop to replenish while on a ride, but now we are very proud to have become a “destination” with a thriving community of cyclists covering all abilities. No matter what, we try to be open, ready to serve any cyclist who has battled the hills and Northumbrian weather!”

Announcing the winners Felicity Cloake said: "I can think of no other sport in which coffee and cake plays such a central role – café stops are at least half the reason I love cycling, and a warm welcome makes such a difference. In what has been an unbelievably tricky year for the hospitality industry, I’d like to congratulate all of those shortlisted on continuing to go the extra mile for their two-wheeled customers, whether that’s with maps, mechanical support, or just a great macchiato." 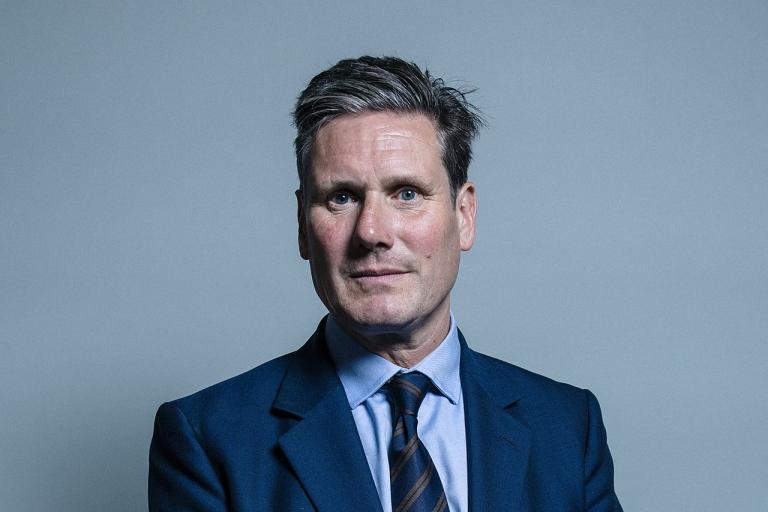 Metropolitan Police say decision not to proceed taken after detailed investigation of incident in October
26
17 December 2020, 13:18
More of the worst cycling kits ever made 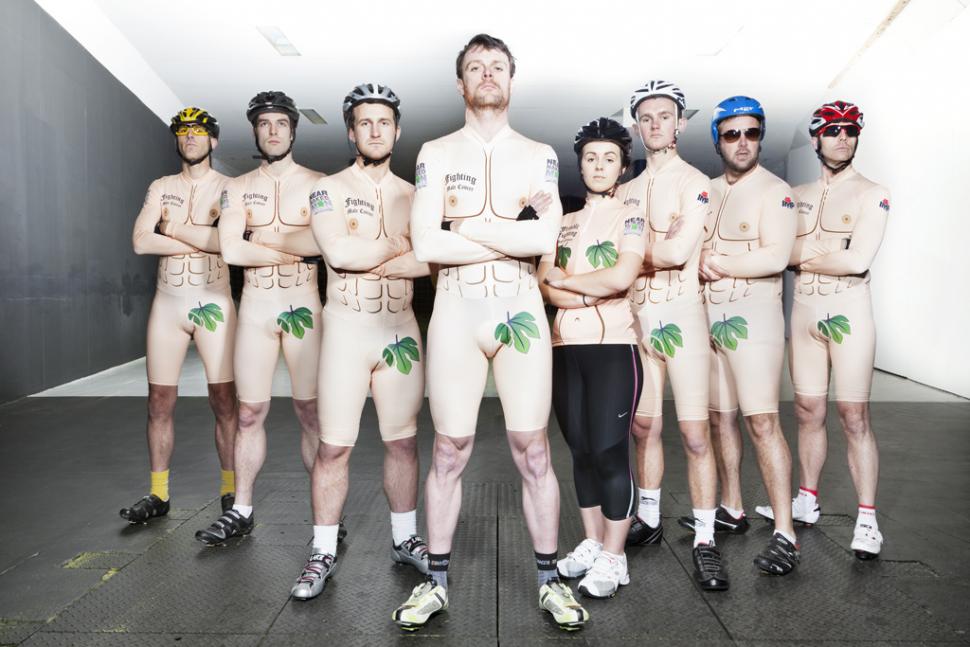 We've seen some shocking kits over the years... At least the effort above was for a good cause. Team Nearly Naked Man designed this bizarre outfit to raise money for the Male Cancer Awareness Campaign.

By contrast, our next kit doesn't have any redeeming qualities... Six years on we've still got no idea what the designer of this kit for the Colombian women's team was thinking. It was so bad that then-president of the UCI, Brian Cookson, described the nude kit as "unacceptable by any standard of decency."

Or how about this Footon-Servetto-Fuji number from 2010 which was designed to be gold and black by the artist Dario Urzay but came out a fair bit less impressive. We were initially confused by the footprint, however it turns out it represents main sponsor Footon, a specialist shoe orthotics producer...Still terrible. What are the other cycling kits that have had you cringing? 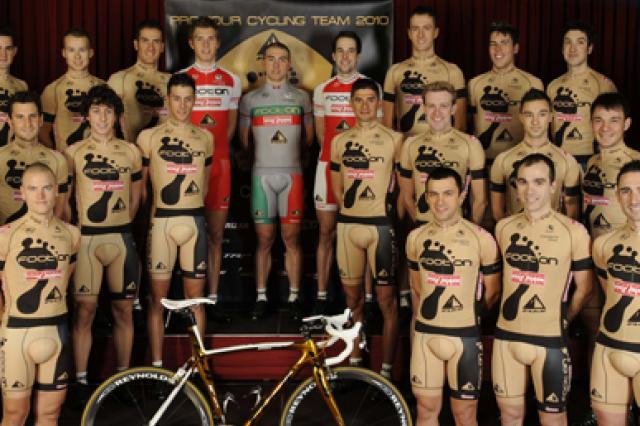 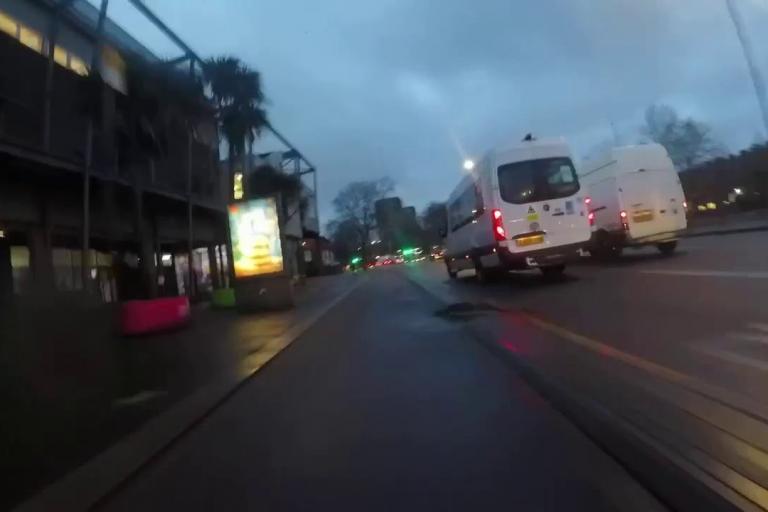 Near Miss of the Day 514: Cyclist squeezed as motorist moves into cycle lane and minibus driver overtakes Colombian track cyclist Fabian Puerta has been banned for four years after testing positive for boldenone in 2018, the same year he won keirin gold at the UCI Track Cycling World Championships. Cyclingnews explained that the substance is a naturally occurring steroid but is also produced, mainly for horses, under the trade name Equipoise. It has not been approved for human use but has been abused by athletes and bodybuilders for muscle growth.

The UCI announced: "The Tribunal found the rider guilty of an anti-doping rule violation (presence of boldenone metabolite) and sanctioned him with a 4-year period of ineligibility."

Puerta disputed the positive test and blamed it on contaminated meat. "Even if you are not guilty, it is one of the worst things that you can be accused of in cycling," Puerta said.

"And being in such a beautiful moment and then overnight everything disappears, it is not easy for one. I was a world champion, I wore the rainbow jersey, for which I had fought all my life."

The Tour de Zwift returns in 2021 with eight stages, starting on January 4. Aimed at allowing Zwifters of all abilities to explore the eight worlds of Zwift in an inclusive stage event, it includes group rides, special guest events as well as Rookie Rides for people discovering Zwift for the first time. Participants in the Tour de Zwift will also unlock £50 to spend on Le Col's website.

The event takes place between January 4 and February 20 and takes in the Jungle Circuit, Alpe du Zwift and more courses with up to 852km to explore. 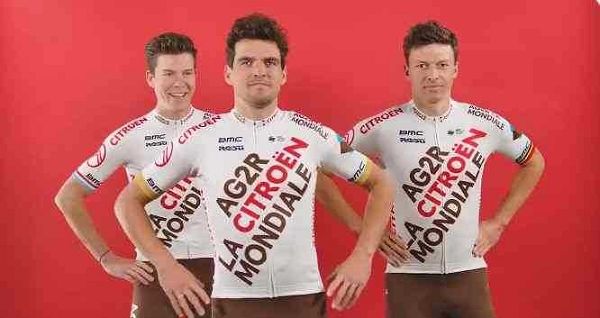 Early contender for best kit of 2021?

It's not all been bad... Here's the full launch video too for you to decide for yourself... 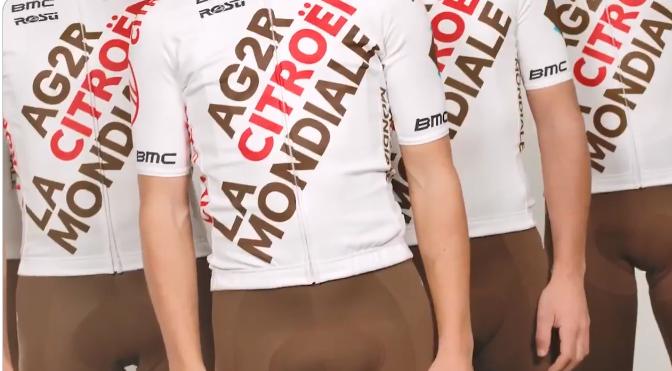 AG2R Citroën La Mondiale kits are like Marmite to cycling fans, some love them others can't stand the sight of it... And the French team might have just outdone themselves with this interesting design for 2021. First things first, the brown shorts stay but are now paired with an explosion of sponsor names in an eye-catching brown and red colour scheme...

Dear other fans of other sports,

One thing you need to know about cycling fandom is that the colour of a pair of padded shorts will dominate the agenda at around about this time of year every year until the end of time. It is peculiar. I'd stick to football, if I were you. pic.twitter.com/TfSXIdn85U

AG2R brown is like a stain on the hallway carpet. Noticeable for a while but in time you forget it's there. Becoming short-blind might even be a fandom right of passage.

I am usually not that bothered about kit designs, each to their own, but this is just horrific, the shorts are bad, but the jersey looks like should be standing outside a supermarket giving away tickets for a raffle.

"The words are too long, Boss, they won't fit"

"Sure they will - think harder" 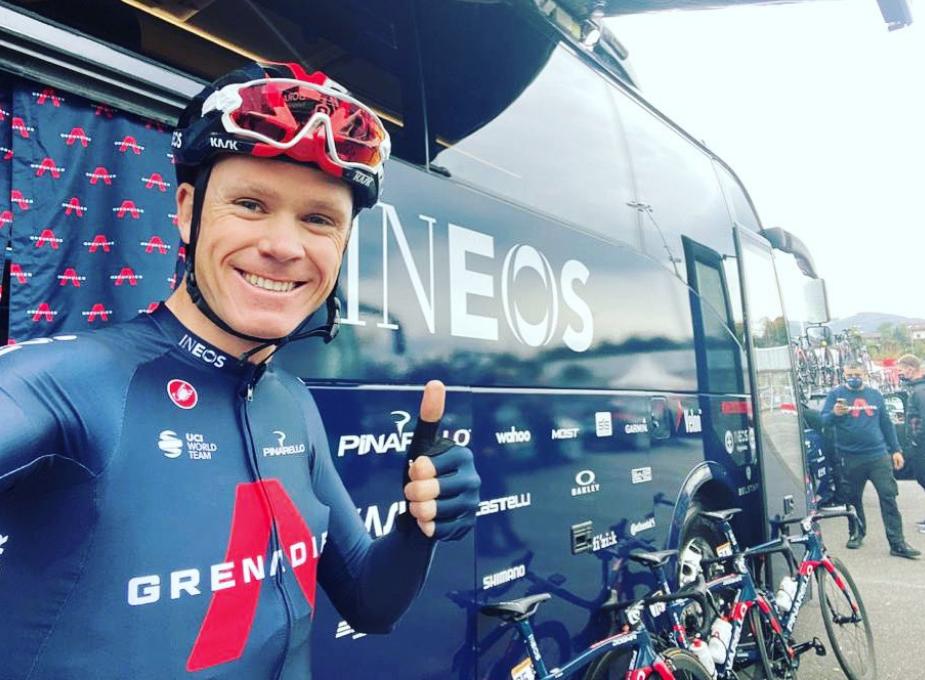 In January, Chris Froome will race for a team that isn't Team Sky/Ineos for the first time since 2009. BBC Sport says Froome will start his 2021 campaign with Israel Start-Up Nation at Vuelta San Juan in Argentina, an eight-day race that is one of the first events on the calendar following the cancellation of the Tour Down Under.

Rik Verbrugghe, the team's new sporting director, said Froome is "not going to Argentina to win the race. We see it as a perfect opportunity for Chris to start the building process towards the peak of the season down the road."

Bora-Hansgrohe rider Peter Sagan has also confirmed he will start his season at the race, which begins on January 24.

I'm very happy to announce that my 2021 racing season will kick off at the @vueltaasanjuanok, from January 24 to 31! It will be a pleasure to be back to a race that always combines interesting parcours, top-class competition, and such fantastic crowds. (Photos @veloimages) pic.twitter.com/42jpaIUnVN 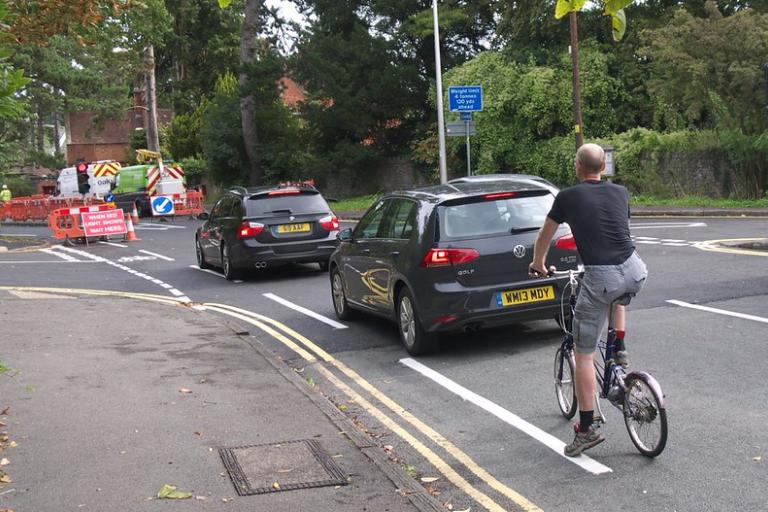 Our team has worked so hard through the pandemic as key workers to serve our community, local businesses and the NHS with deliveries, in spite of the danger on Oxford's roads, makes me incredibly proud

Well stand up against cllrs like this & keep pushing for safer roads for all https://t.co/XZa5HJ5APV

Lots of you responded to our story about former councillor Liam Walker's resignation after a panel found he breached Oxfordshire County Council's code of conduct. Walker replied to a tweet that said: 'Cyclists constantly w*nking off the Dutch. F*ck off over there then'...

Here are some of your thoughts... EF Pro Cycling will be known as EF Education-NIPPO from next year. NIPPO is a Japanese construction and asphalt company that has been a regular feature in pro cycling since 2012, sponsoring a couple of smaller Continental level teams in Nippo Delko One Provence and NIPPO-Vini Fantini-Faizanè. However, joining the US-based team is their biggest move into the world of pro racing yet.

Team CEO, Jonathan Vaughters, explained the development: "Our team comes from far and wide, and the same is true for our partner family. There is a freedom and freshness on our roster and in our thinking between our partners since we all come from so many different places in the world. I’m very proud of that fact."

Last week, EF Pro Cycling signed a third rider from the Nippo Delko One Provence team which may have offered a clue something was in the works. Fumiyuki Beppu and Hideto Nakane were joined by Julien El Fares.

1
Near Miss of the Day 528: Driver pulls out on cyclist “lit up literally like a Christmas tree”
2
Bike at bedtime: Festka Doppler
3
Shimano takes over Tour de France neutral support from Mavic
4
Near Miss of the Day 523: Tipper truck driver pulls out in front of lorry and cyclist
5
Bike at Bedtime: take a look at the Wilier Filante SLR
6
Threat to axe New Forest’s off-road cycle network as court criticises “out of control” cyclists
7
Brexit price rises - Canyon covers some costs but UK buyers will still pay more
8
Blow for active travel in London as High Court judge rules Sadiq Khan’s Streetspace initiative unlawful