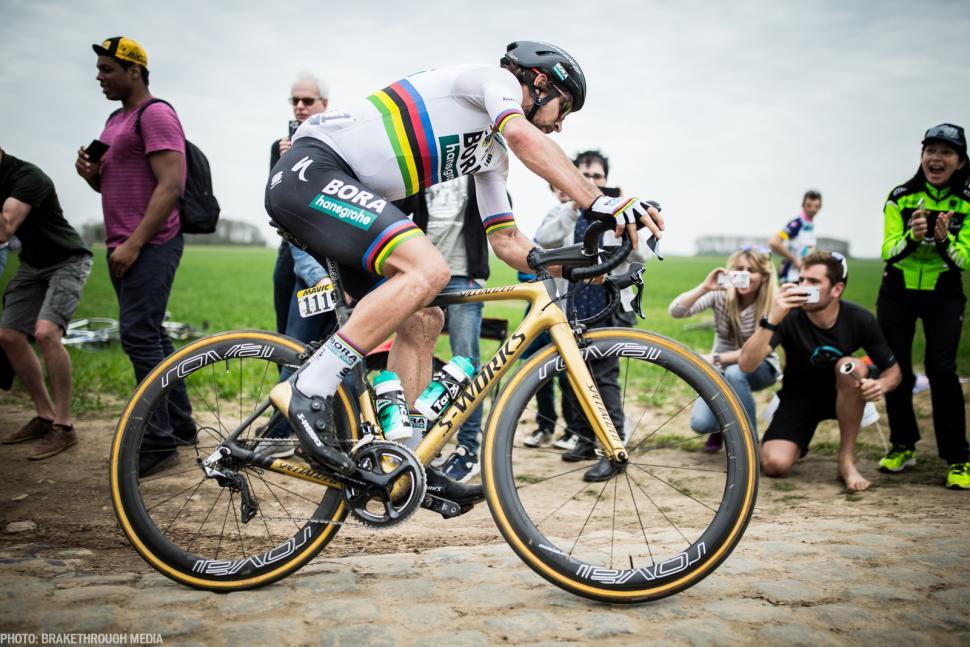 Unique bikes, including the S-Works Roubaix ridden to victory at Paris-Roubaix in 2018 by Peter Sagan and a yellow-painted S-Works Tarmac that Fabian Cancellara rode when leading the Tour de France in 2010 are among the bicycles stolen in a burglary this weekend at Specialized’s California headquarters.

The company, which is offering a $25,000 reward, estimates the thieves’ haul at $160,000, although with the bicycles taken including not just race-winning bikes but also one-off prototypes and personal bikes belonging to founder and CEO Mike Sinyard as well as other staff, the actual value is incalculable – and needless to say, some may prove impossible to shift.

Morgan Hill Police Department (MHPD) said on Facebook that officers were called to Specialized’s head office at Concord Circle at around 4.36pm on Sunday afternoon following the report of the burglary.

“Upon arrival, officers determined unknown suspects forced entry into the business during the daytime hours and stole multiple high value bicycles,” they said.

“The stolen bicycles were part of a large collection of one of a kind prototypes, race-winning and personally owned bikes Specialized had on display in their building. The total value of stolen property is estimated to be approximately $160,000.00.

“The suspects are believed to have used two different vehicles during the burglary. Video surveillance captured a maroon-coloured Toyota 4Runner and a white box van during the crime.

“The suspects placed the bicycles into the white van and both vehicles fled the scene. The maroon Toyota 4Runner was later located unoccupied in Salinas, California. The white box van containing the stolen bicycles is still outstanding.

“MHPD is actively working the investigation in cooperation with Specialized employees. Specialized Bicycle Components is offering a $25,000.00 reward to the arrest and conviction of those responsible for the burglary and or the return of all stolen bicycles,” police added.

Many of the bikes taken were located in the museum at the company’s HQ, and according to Cycling Tips, besides the two mentioned in the opening paragraph of this article, others taken included:

Cycling Tips added that with Specialized operating a reduced workforce due to the coronavirus pandemic and the burglary taking place at the weekend, no staff were threatened during the burglary nor witnessed it.