Hmmm Dan Alexander is doing his best to remember what the live blog is...once he's figured that out he should be providing the Wednesday updates..... We'll leave you with some pictures of Cav's win in Italy this afternoon... 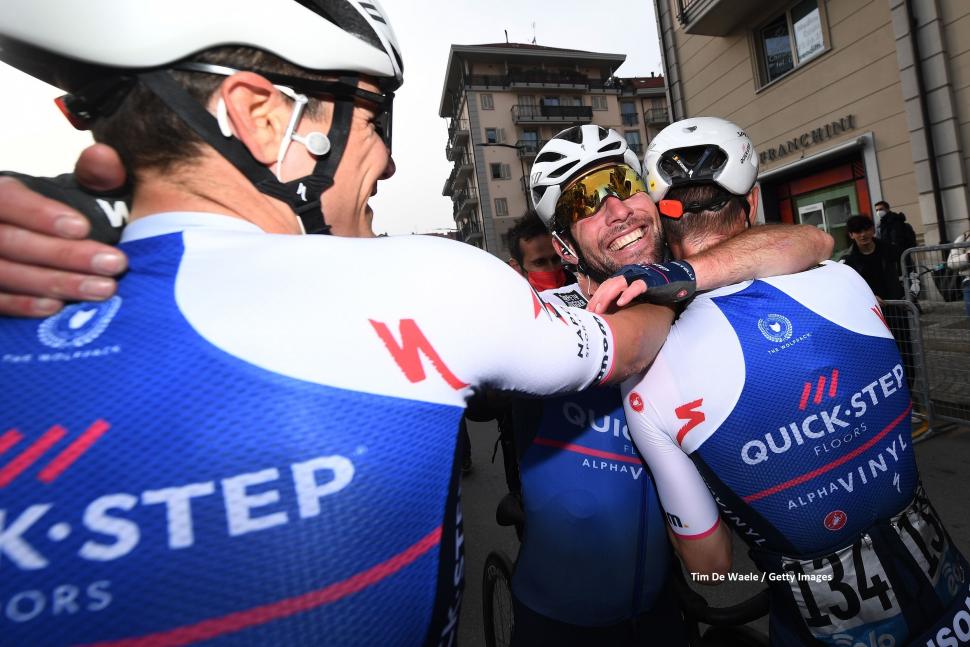 Definitely no San-Remo for the Manx Missile. Fabio Jakobsen will be Quick-Step Alpha Vinyl's sprint option if, for whatever reason, Tadej doesn't just ride 50km solo...

At the finish, Cav said: "I like winning races, it doesn’t matter. For a one-day race you have to be dialled – there’s only one opportunity. I had a solid and motivated team around me and this made the difference. They rode incredibly today, controlled the race and allowed me to remain calm."

"It’s the first time I’ve raced Milano-Torino and it makes me happy to have it in my palmares now, alongside another big Classic, Milano-Sanremo. Not many sprinters have done that. I knew I had an opportunity to win it today and I am delighted with how things panned out. To see my name on the winners’ list is quite special."

16 March 2022, 17:40
"This is the problem of having painted cycle lane": Reaction to the police close pass and painted infra

Time for some of your thoughts and comments about our main blog story of the day...

Not everyone who rides a bike thought the pass was particularly bad, but even some of those who didn't accepted paint is not infrastructure...

On Facebook, Graham Adams commented: "What close pass? Hardly that bad and to be fair, most police drivers are far more skilled than some behind the wheel. As for the 'cycle lane', just a white line that does nothing to protect a rider."

But Andrew Frogley reckons the attitude above sums up the problem with painted cycle lanes: "This is the problem of having painted cycle lanes and using them — you’re in your lane — and the passing vehicle is in theirs — their lane is not obstructed, so it’s safe to continue regardless of how close to the other road users they are."

Under the blog, Global Nomad commented: "I think we need to differentiate between traffic police who should have advanced driver training and ordinary police cars whose drivers are no different to any other driver — with the proviso that they should know the law/regulations... That driver was the same one who would do that in their own car."

"...painted cycle lanes did not reduce injury. Mandatory painted lanes did not lead to any risk reduction and advisory lanes (which motor vehicles are legally permitted to enter) increased injury odds by over 30%." 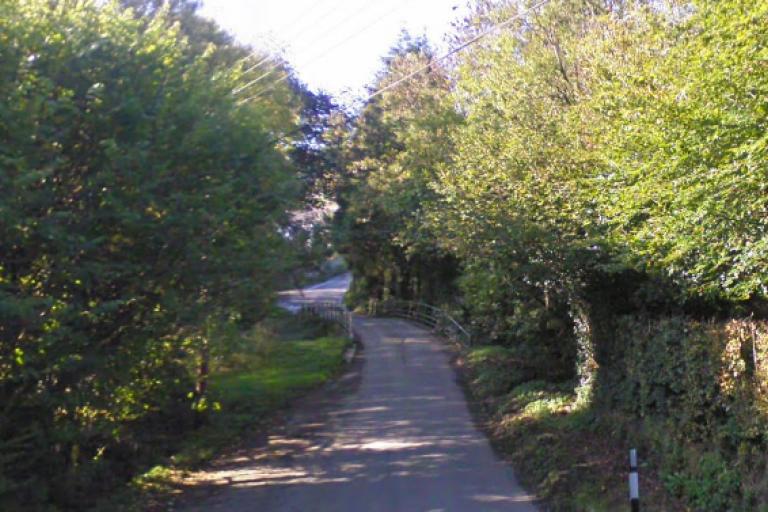 The driver failed to stop at the scene of the incident, which happened as the young cyclist was crossing a bridge over the River Lew in Devon
11
16 March 2022, 15:43
I'm not an expert in cycling, but...

I'm not an expert in cycling, but I think the pedal needs to be attached to the crank... #NokereKoerse pic.twitter.com/q7EQJBVuQo 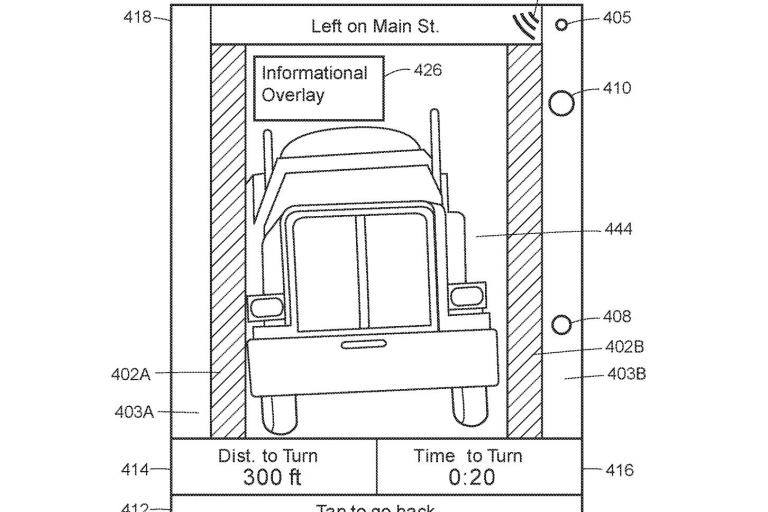 Mark Cavendish is the first British rider to win Milano-Torino, outsprinting Alexander Kristoff and Nacer Bouhanni. He may not be in the line-up for Milan-San Remo, but at least he got his Italian classic win.

Best narrative of the day, however, goes to EF Education-EasyPost who seemingly brought the wrong team to the race (or maybe all their fast men are just preoccupied with Saturday's Monument). The band of climbers propelled Jonas Rutsch to 29th on the day.

Earlier on the blog we shared the news that the Danish government has called on its citizens to donate bicycles to help Ukrainian refugees arriving in the country. But what other cycling-related initiatives supporting Ukraine are out there?

New York brand Rubber N' Road has released a batch of T-shirts with the 'Ride Bikes Not Tanks' message printed on the front. Priced at $40, 100 per cent of proceeds are going to the Ukrainian Red Cross Society.

Indoor cycling app Rouvy also launched its 'Ride for Ukraine' challenge which will donate €1 for every rider who completes the 10km Ride for Ukraine route.

Cyclists in Bedford, including riders from Ampthill, Hitchin, Cambridge, Peterborough and St Ives, have planned a 15-mile ride from the town to St Neots this Sunday. Bedford Today reports the group is aiming to raise £10,000 for the DEC Ukraine appeal. 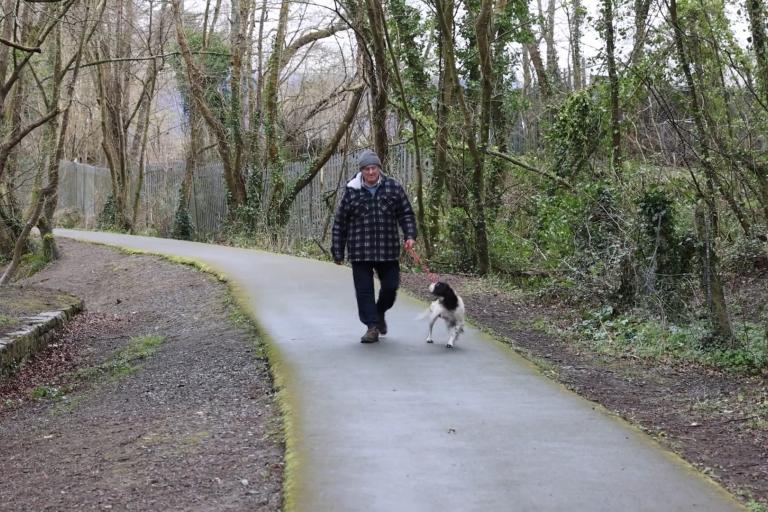 An 11-year-old springer spaniel lost its leg after it was struck by a cyclist, prompting calls to “consider others” while cycling alongside walkers – though some said shared-use paths “create too much conflict”
36
16 March 2022, 14:33
WARNING: Following photo may cause extreme ride-envy — best avoided if somewhere in grey Britain...

Enjoying myself already. Next week is going to be lekker @capeepic 🇿🇦🌞 pic.twitter.com/YssM7nCgyg

2019 champion Julian Alaphilippe will miss Saturday's opening Monument of the year, Milan-San Remo, after suffering bronchitis and a fever. The double world champ told fans: "Sad to leave the team, especially after a hard week of racing at Tirreno-Adriatico where I felt the legs were coming back despite my crash at Strade Bianche. Rest and patience on the program now. See you soon."

Alaphilippe has three times finished on the podium at Milan-San Remo, including his maiden Monument win three years ago. The second favourite in tomorrow's 14:10 at Cheltenham is called Alaphilippe...so maybe it's all a smokescreen for a career change... 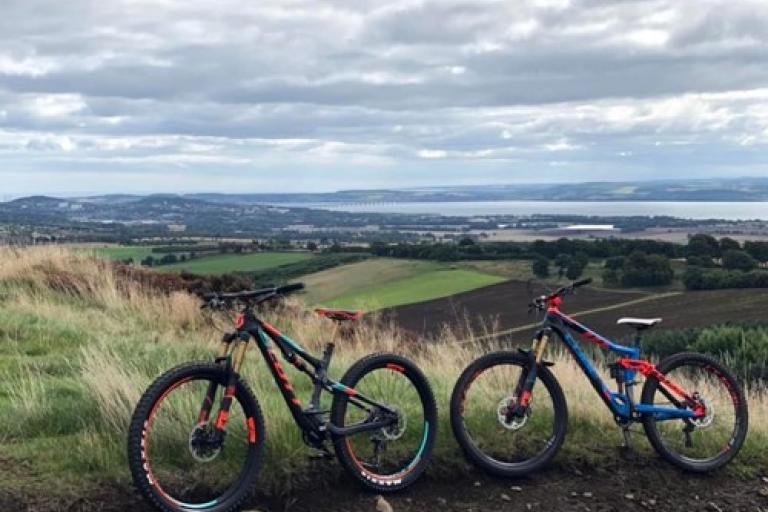 £25,000 worth of bikes and kit stolen from Perthshire property

It's one of the most commonly heard criticisms of painted cycling infrastructure we hear...overtaking road users don't give cyclists using a painted lane 1.5m gap because, well, there's a line on the road. If you're in a whole different lane to me then it must be fine for me to overtake...

It's why some would rather have no cycle infrastructure at all than just a painted 'lane'. It's also presumably why this police officer didn't think much about waiting beyond the pedestrian crossing to overtake.

Had they then they might have seen the upcoming roundabout and decided just to wait. Note the use of 'might' in that sentence...

The Cycling Nerd has reported the footage to the Independent Office for Police Conduct, we'll keenly await that response...

As if to prove the point about how road users view painted cycle lanes...

The painted "murder strip" as demonstrated is worse than no cycle lane. As has been mentioned in the thread multiple times it encourages dangerous close passes.

It was within 1.5 metres therfore its close. The infrastructure, or lack of, in a road is no excuse.

So what do we reckon? Would the road be safer without the painted lane? (I think I already know your answer)...

The first overtake was a nice pinch point with that crossing island 😳 and crossing into the cycle lane, knowing they've just overtaken a cyclist is poor driving. That road would be better without the cycle lane, then drivers have to abide by the 1.5m.

White line cycle lanes encourage close pass… the motorist feels as lone as they are to the right of it they are giving you space, you’re better off with no line! 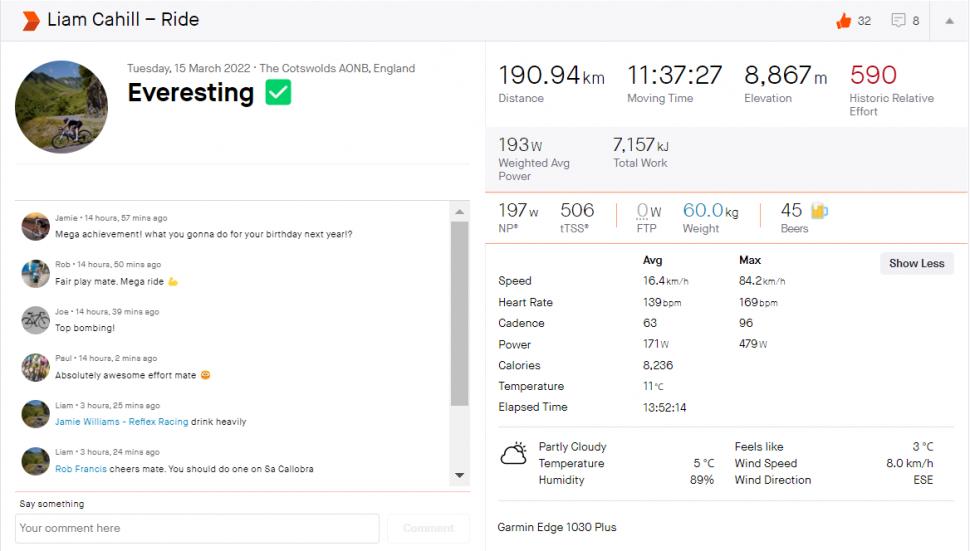 Everyone go be nice to Liam on Strava...

If you watch road.cc on YouTube and were climbing Ralph Allen Drive in Bath yesterday, you may have spotted a familiar face suffering up the 10 per cent average gradient. Liam's 68 ascents racked up 8,867m of climbing, earning him a place in the Everesting hall of fame. 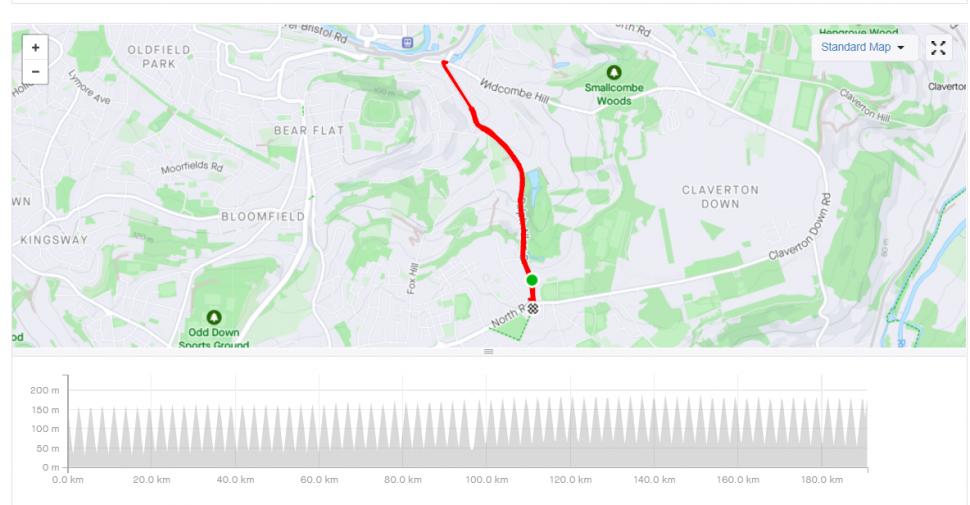 "How are the legs?" I perhaps stupidly asked...I mean, what's he going to say? Turns out it's not just the legs...

"Absolutely ruined. I have a wrist strain, my left hamstring is no more, left knee pain, feet are cramping, neck it fucked, abs are sore and triceps are tight."

Last July, Liam achieved his life goal of becoming the best cyclist in the world by stealing Tadej Pogačar's KOM on the 110m top section of Luz-Ardiden...that's how it works, right? It's nice to think that even as the two-time Tour champion, you can still have your day ruined by the dreaded 'Uh oh!' email in your inbox...

Did you ever take a close look at the problem being solved on the blackboard in Good Will Hunting? pic.twitter.com/mI4WS5QqFo

So, how many teams forgot to look at the #MilanoTorino profile then? pic.twitter.com/VgmKie3Dvo

It's Milano-Torino today, the race which can claim to be the oldest cycling classic in the world, dating back to 1876. Alejandro Valverde came fourth that year...

Last year, Primož Roglič won (well it was going to be him or Pogačar, wasn't it?) as the race finished up the traditional finish line ascent of the Superga. It's the climb that has seen Michael Woods, Thibaut Pinot, Rigoberto Urán, Miguel Ángel López and Alberto Contador win in recent times. However, this year the race doesn't finish up the Superga. In fact, it doesn't have any climbs at all...

It seems someone forgot to tell EF Education–EasyPost...

They definitely think it is on the Superga again https://t.co/ZSuNUZAs3t

So, who's sprinting? Chaves or Carthy? Bora-hansgrohe went one further and actually shared the wrong profile on Twitter. Who's going to tell them?

Oh God no it's happening. The teams are goofing it! pic.twitter.com/1MY32m80dO

Voting in the most Dutch way I can pic.twitter.com/esIU5Drwxa

Denmark's Ministry of Transport has joined with the Cyclists' Association to help citizens donate bicycles to Ukrainian refugess. The Give a Bicycle (Giv en cykel) scheme set up last week allows Danes to donate their old or unused bikes to "help newcomers move around more easily".

All citizens have to do is upload a photograph of the bike, as well as some details about its size and condition, before it is collected by volunteers who will match it with a new owner. Refugees arriving from Ukraine simply have to fill out a form to request a bike.

The website asks Danes to "makes a difference — give a bike", adding "Denmark is a cycling country, and the bicycle is an everyday means of transport for many Danes.

"Join us in welcoming Ukrainian refugees to Denmark and Danish cycling culture. Donate your own, used bicycle — and help newly arrived refugees from Ukraine get a bicycle so they can easily explore their new surroundings."

National chairman of the Cyclists' Association Jens Peter Hansen said: "We can make a difference. As cyclists, we know how the bicycle gives us the freedom to get around. I hope that many of our members and other volunteers have the desire and opportunity to help people who have had to leave everything."

The website also includes a section on 'Danish cycling culture' with a full list of traffic rules and requirements which may differ to those in Ukraine.