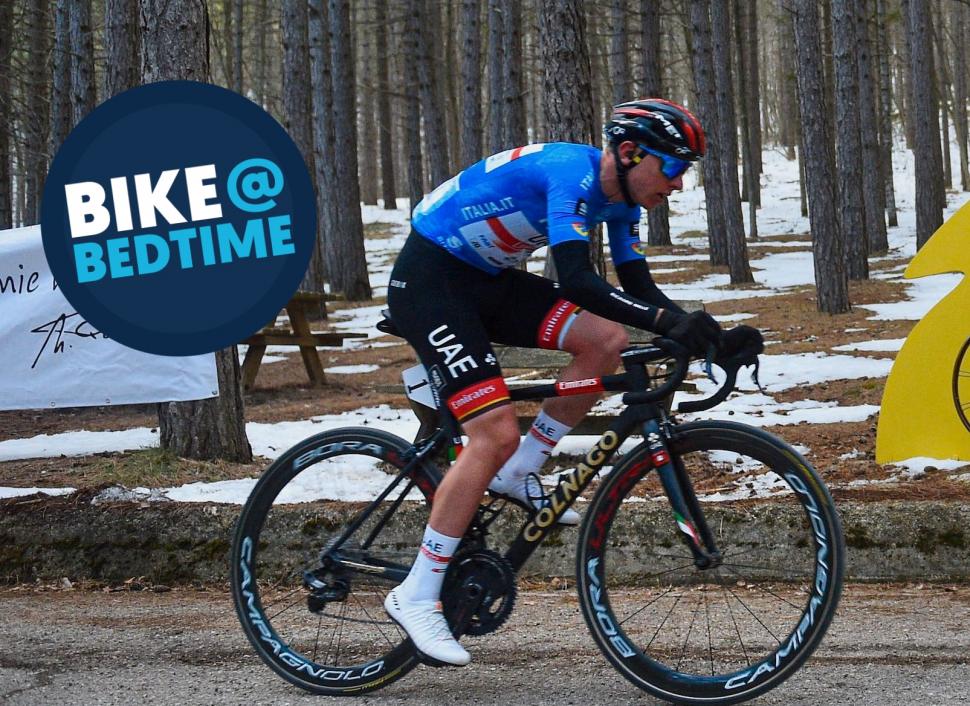 Do you notice anything unusual about the bike that two time Tour de France winner Tadej Pogacar rode to victory on the penultimate stage of Tirreno-Adriatico last week? Yep, rim brakes. They’re a rarity on a pro’s bike these days.

How come? It’s down to weight. Pogacar’s rim brake bike is about 300g lighter than his disc brake bike. 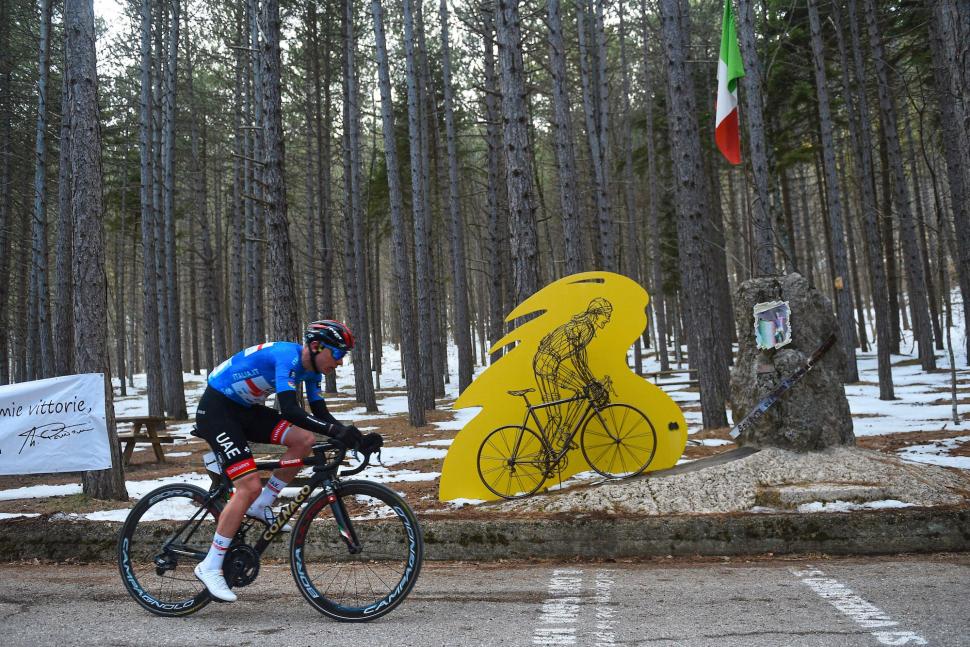 Stage 6 of Tirreno-Adriatico involved a circuit of Cippo di Carpegna – Pantani’s favourite training ground – that was ridden twice. The circuit featured a climb of 6km with gradients of up to 14% followed by a fast descent to the stage finish. In other words, climbing speed was always likely to be important in determining the stage result, and that’s how it played out.

Pogacar launched a solo attack with 16km to go and reached the finish line with an advantage of over a minute. He maintained his lead on the largely flat final stage to take the overall win.

Although most pro riders use disc brakes the whole time (apart from some who have rim brakes on their time trial bikes), the Slovenian rider swaps to rim brake bikes fairly often when he wants to save weight on a mountainous stage.

For instance, although he mostly rode disc brake bikes in last year’s Tour de France, Pogacar won stages 17 and 18 on a rim brake Colnago V3Rs. They were both summit finishes. Pogacar’s attitude is that he wants any slight weight advantage he can get when climbing is going to prove decisive.

Colnago pitches the V3Rs as the perfect all-round bike, suited to sprinting, climbing and everything else in-between. It claims a frame weight of 780g, although that’s for the disc brake version in a 50cm version (Colnago’s sizing is unusual; a 50cm frame has a 537mm effective top tube, so it’s larger than you might think).

The vast majority of UAE Team Emirates’ other sponsors are Italian too. Pogacar’s groupset is Campagnolo’s top-level Super Record EPS – a 12-speed electronic system. The V3Rs takes direct mount brakes, the arms bolting directly to the frame and fork. 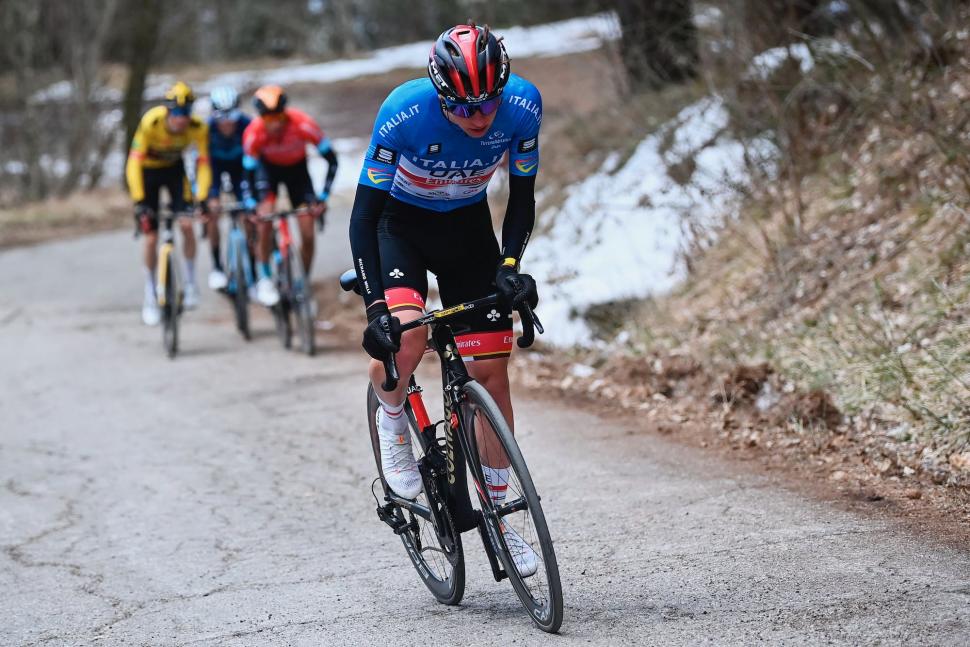 Pogacar’s efforts to save weight extend beyond the bike. He uses DMT KRSL laced shoes, for instance, that feature a 3D knitted seamless upper and a superlight carbon sole. DMT claims a weight of just 205g per shoe (so 410g the pair) in a size 42.

Pogacar has also ditched his water bottles for the climbing at the end of the stage.

Although none of these weight-saving measures is massive in itself, added together they’re significant when there’s a lot of climbing to be done and you’re racing against some of the best riders in the world.