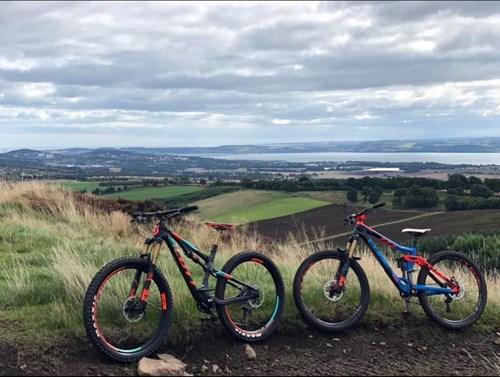 £25,000 worth of bikes and kit stolen from Perthshire property

Thieves broke into a shed in Longforgan, stealing five bikes, helmets, gloves and an intercom system
by Ryan Mallon

Five mountain bikes and an assortment of cycling kit, worth over £25,000, were stolen from a property in Perthshire last week.

Police Scotland says the thieves broke into a shed at a private property in the village of Longforgan between 12am and 4am on Wednesday 9 March.

A variety of cycling gear was also stolen, including helmets, an intercom system, and two pairs of gloves.

Constable Gary Polson of Blairgowrie Police Station said: “Our enquiries into this theft are ongoing and I would urge anyone with information or who believes they have seen any suspicious activity around the area to come forward.

“We would also be keen to speak to anyone who may have dashcam or private CCTV footage from the area.”

The break-in in Perthshire came only days after £116,000 worth of bikes were stolen from a family-run shop in Co. Londonderry.

Smyth believes the robbery, thought to be one of the biggest of its kind in Ireland and possibly the UK, was pre-planned as the thieves deliberately targeted the shop’s most expensive, high-end machines.