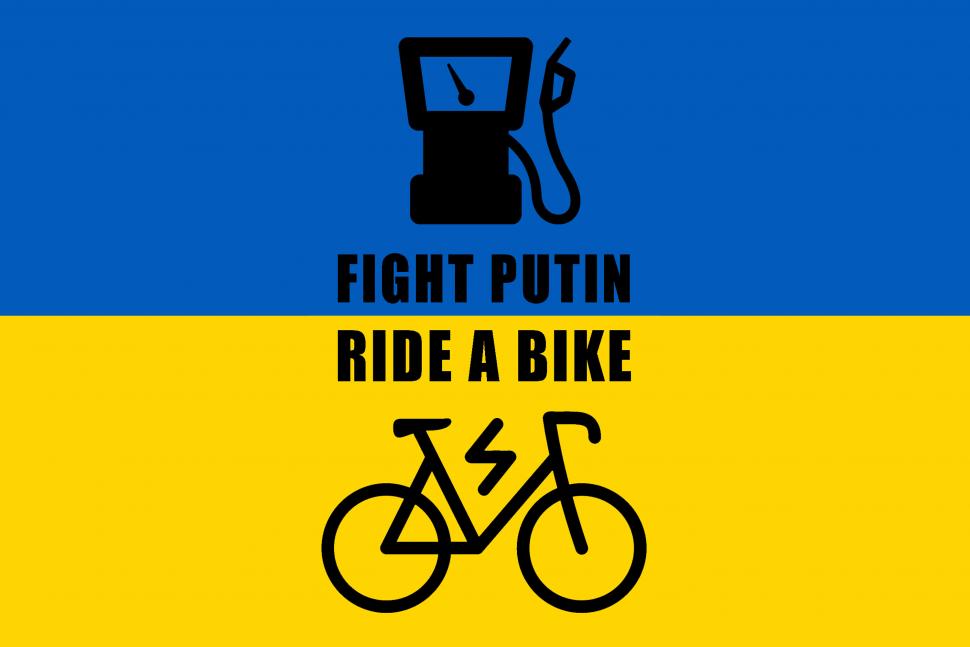 A graphic posted to Twitter by a user in Salford urging people to “Fight Putin – Ride a Bike” has gone viral on the social network, getting retweeted by the leader of the Green Party in Sweden, and also being downloaded so it can be put on the back of a bicycle to show support for Ukraine in the face of Russia’s invasion.

The graphic, which uses black type and graphic representations of a petrol pump and a bicycle against the blue and yellow of Ukraine’s flag, highlighting Russia’s economic dependency on oil exports, was created by Harry Gray and has been widely retweeted from a number of accounts worldwide – as well as being turned into a rear ‘number plate’ on a bike closer to home.

life is a simulation I swear https://t.co/I7dlDpeNjo

wow I made this, so cool to see it spread like this!

Aged 26 and from Salford, Greater Manchester, Harry has his own fashion business and does all types of cycling from road to utility, as well as running the Twitter account @WR Salford (Walk Ride Central Salford).

He told us: “I thought it was important to convey the simple message that funding the global fossil fuel market enables Putin to continue to fund his war in Ukraine.

“One of the only meaningful things we can do to use less Russian fossil fuels is cycle rather than drive – especially since most journeys in the UK are under 5 miles.”

It’s not the only bicycle-related graphic to have done the rounds on social media since Russia invaded Ukraine last month.

Twitter user @no_face posted a reworking of a Second World War poster from the United States which, in the original version published in 1943, exhorted Americans to save fuel for the war effort, telling them, “When you drive alone, you drive with Hitler – Join a shared mobility club today.”

Car-pooling and car-sharing may be more prevalent nowadays than they were in 1940s America, but the recent reimaging of the poster says, “When you drive a car, you drive with Putin! – Get on a bike today!”

If you want to hit Russia where it hurts, cut your petroleum use. https://t.co/Kj6WWWf709 pic.twitter.com/GIxAM0Atre

Almost a fortnight has passed since Vladimir Putin ordered the invasion of Ukraine, with the attack receiving near-unanimous condemnation at the United Nations and countries around the world imposing sanctions on Russia which have focused mainly on the financial sector and assets held by its citizens abroad.

However, the energy price crisis that was already apparent before the invasion means that the sector has largely avoided the strict sanctions that many outside Russia are calling for.

Harry has told us he is more than happy for people to download his graphic to show their support – here are a couple more versions in different aspect ratios to the one above. 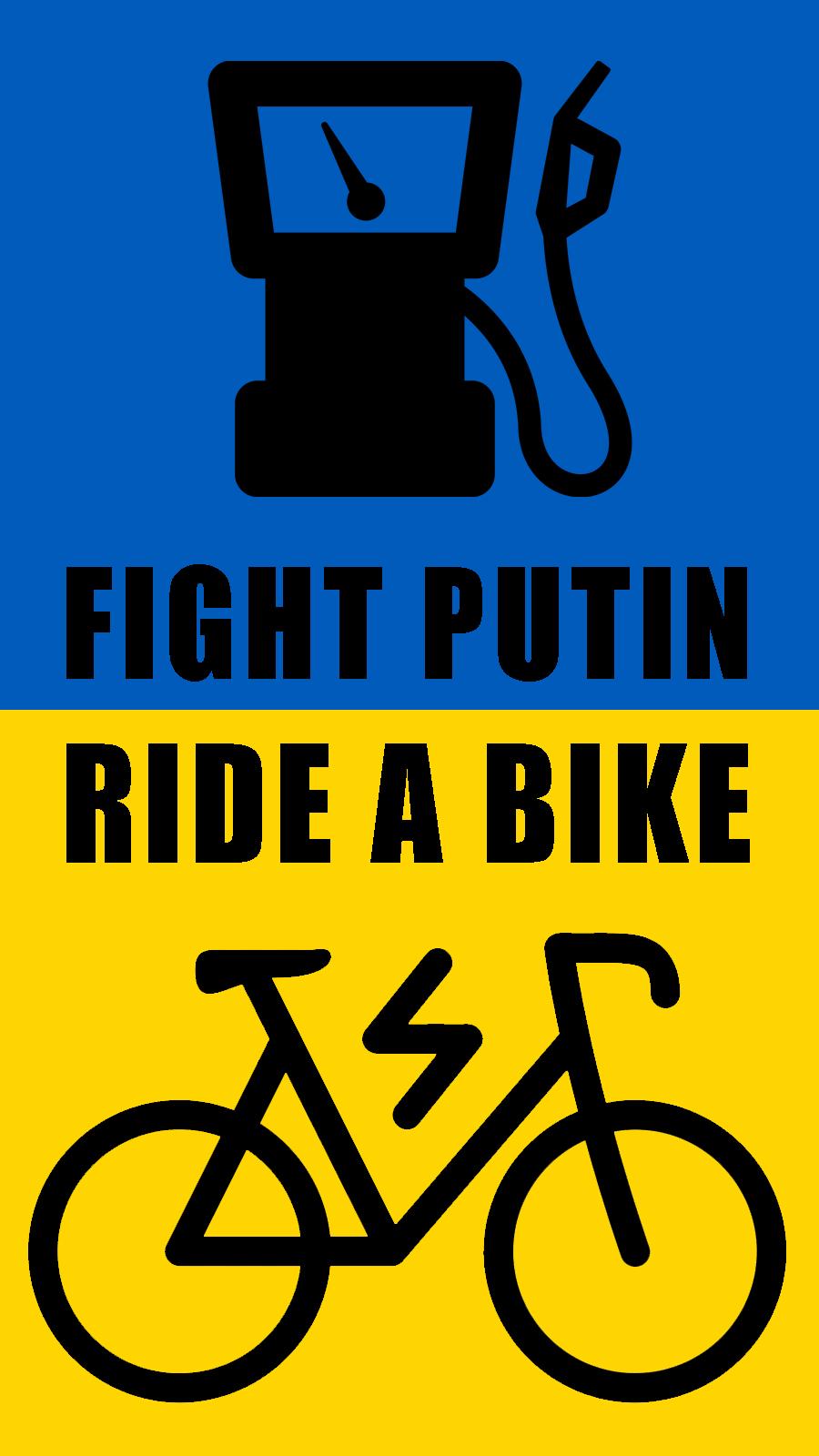 1
Cyclist's severed foot found on hit-and-run suspect's car as driver arrested
2
Near Miss of the Day 794: Driver passes cyclists signalling right — police suggest riders should have turned quicker
3
"Someone could be killed": Path users blame speeding cyclists for New Forest danger
4
"They said give us the bike or we stab you": Another cyclist targeted by motorbike-riding muggers on popular route out of London
5
"On fire" Geraint Thomas "best I've ever seen him", according to Rod Ellingworth
6
Youth charged with attempted murder after woman stabbed while cycling
7
33 bikes that feature Shimano’s new 105 Di2 groupset from Bianchi, Ribble, Cervelo, Mason, Fairlight + more
8
Land’s End to John o’Groats cyclist dies less than 30 miles from finish