Happy Wednesday, everyone! Dan Alexander is back today, trying to keep the standard high after Ryan's strong start to life on the blog... 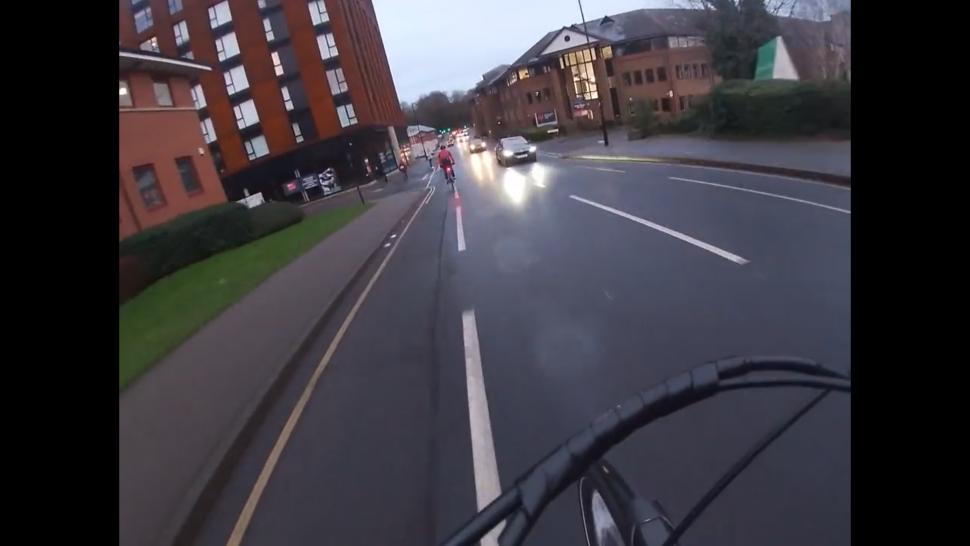 Easy to forget, but in May 2020 people were giving me a hard time about cycling *on my own* for more than an hour (which was always 100% legal).

Turns out I could just have had a party.

Working for a cycling website means it's easy to pop out for a spin and claim you thought it was a work event...

On that note I'm popping out for a spin. Look at me clocking up all that out-of-hours work... 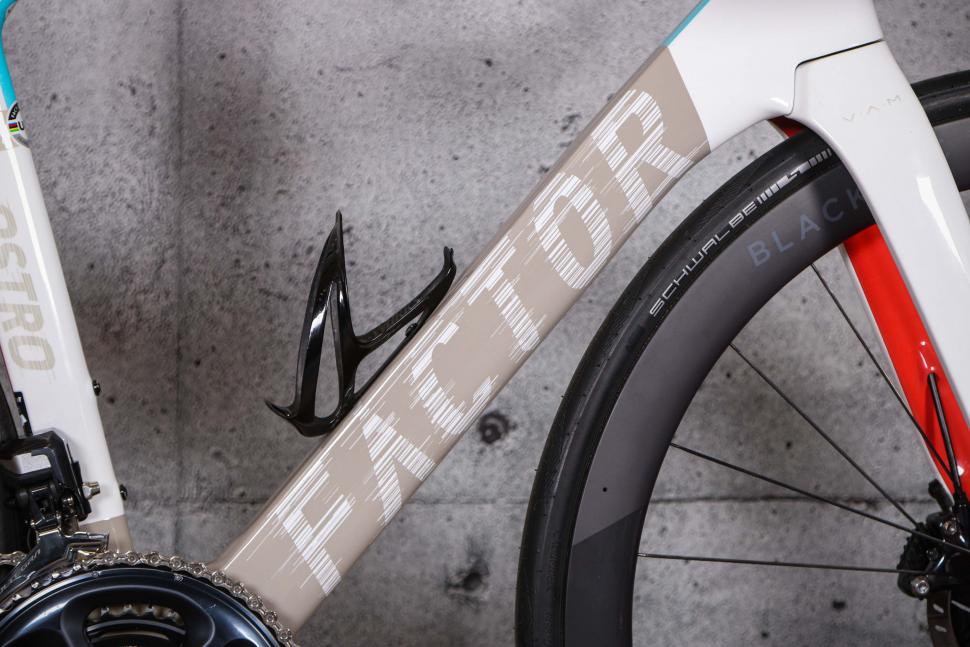 Need a flash new bike? Want to buy it from an equally flashy outlet? Factor's UK partner has been renamed, and under the new banner of Vires Velo will sell Factor bikes from an 'Experience Centre' in Norfolk.

What's an Experience Centre? I hear you ask...

Well, it'll be a showroom, including an expanded workshop, coffee lounge and dedicated bike fitting studio. In essence, your one-stop new bike shop... if you're in the market for a Factor, that is. Vires Velo's showroom will have all the latest bikes and components from Factor and Black Inc, and managing director John Bailey promises to offer an "urivalled experience for cyclists in the UK". 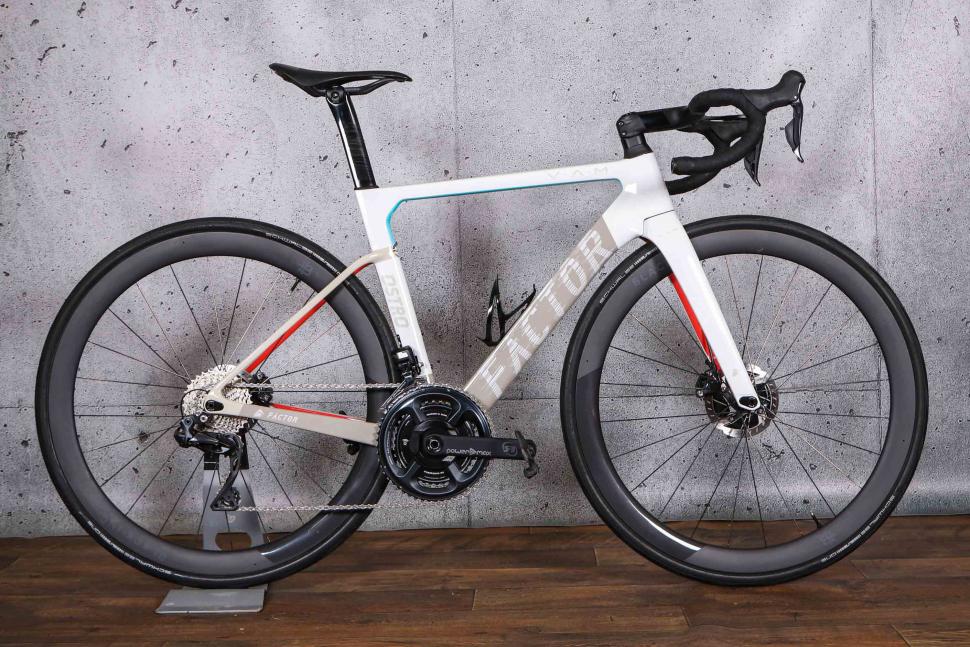 He said: "We are excited that this new facility, along with investment in an advanced new bike fitting system and our continued exclusive partnership with Factor/Black Inc can provide an unrivalled experience for cyclists in the UK."

A little endurance training with this #WheelieWednesday from a while back! pic.twitter.com/VqPyc1NxmQ Excellent overshoes that offer protection against everything you could throw at them
9
£89.99
13
12 January 2022, 15:09
Gang uses ladder to steal bike from balcony in early morning raid We see a lot of bike thefts, some more unique than others. This one certainly falls into the more unique category, but when you think about it, it's probably not that surprising considering the amount of bikes you see stored on apartment block balconies.

Northants Telegraph reports three people are being sought in connection with an incident which saw thieves make off with a bicycle having used a ladder to access a first floor balcony on Wellingborough's Queen Street between 2.20am and 2.30am on Saturday 8 January.

A police statement said: "he description of the offenders is very limited. One is described as a white female and was wearing a pink or white coat. The second was a tall white male and the third was a black male wearing black coloured clothing and hat."

I’m getting beeped at because I’m at the wrong side of the magic paint lane - which as you can see is little better than a farm track - doing 20mph downhill and have held this motorist up for a few seconds in their desperation to reach the traffic lights. #cycling in #Sheffield pic.twitter.com/7zQsEw3qBR

You can almost see the steam coming out of this driver's ears as the lights turn to yellow as they speed up in a last-ditch bid to avoid the life-changing misfortune of having to wait for 30 seconds at the lights. Even better when the cyclist you've just beeped for apparently holding you up then rolls smugly to the front of the line.

So why did they feel the need to beep? It seems likely the key to that is in this rider's decision to not use the 'cycle lane'. When I say cycle lane, maybe 'painted strip of rutted tarmac closest to the gutter' would be another angle...

CyclingInASkirt regularly shares clips of cycling issues and poor driving from Sheffield. In this clip, using gravity and one of the Steel City's numerous bergs, they're descending at 20mph... hardly holding the traffic up, is it?

Please help me identify this reg & driver - had a VERY lucky escape yesterday (downhill, wet, good brakes saved me) next time, someone else might not be so lucky. #cycling in #Sheffield. I’d like to explain to them why my kids are terrified of me using a bike just to get to work. pic.twitter.com/dNIoVDj15l

What's this? It can't be...a bike race? Down in Oz it's summer and there's some high quality sporting entertainment to enjoy...and I don't just mean at the airport border checks. Rohan Dennis marked his first appearance in Jumbo Visma kit with a win, his sixth Australian National TT Championship.

Yesterday, the outspoken powerhouse had some choice words about his former employer, saying Ineos "copy" Jumbo Visma, so he thought he might as well join the "better team"...blimey, tell us how you really feel, Rohan... London’s Walking and Cycling Commissioner Will Norman also confirmed that he was not involved in the consultation process for the £1 million campaign and that he “wasn’t a fan” of the ad
26
12 January 2022, 14:13 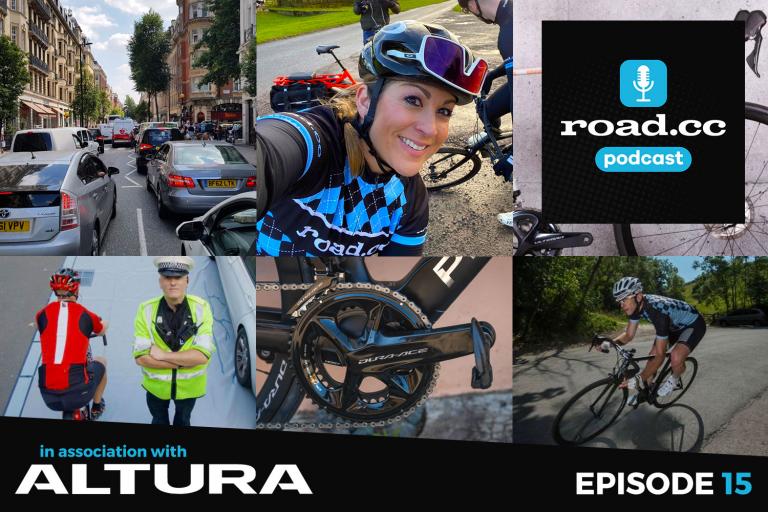 The road.cc Podcast episode 15: The Best of Season 1

Highlights from the opening season of our show include DCS Andy Cox on road crime and Carlton Reid on cycling’s absence from COP26
0
12 January 2022, 12:20
Pro cyclist arm wrestling: the sport we never knew we needed to see

Someone needs to read our strength training for cyclists feature, eh Phil?

Toms Skujiņš came out on top of this 'battle' with former pro Phil Gaimon, but which pro would be the best arm wrestler? In the retired category I reckon André Greipel and Marcel Kittel would be tough to beat. Of the current crop...Filippo Ganna or Alexander Kristoff? Although I'm saying Tim Declercq could lever his limbs to Quick-Step Alpha Vinyl's arm wrestling title...

At the other end of the scale: got to be Chris Froome and Nairo Quintana. Sorry chaps, don't think this is one for you. 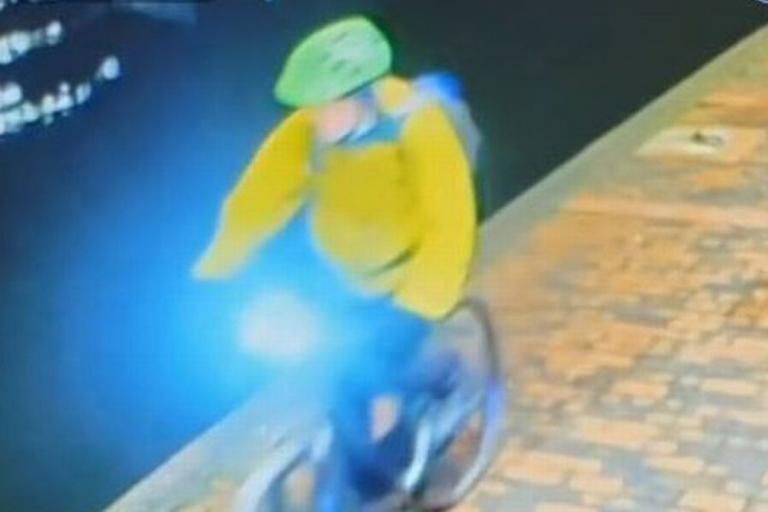 Last night’s patrols follow the release of CCTV footage which shows Paul Morris riding his bike moments before his body was found in the canal
0
12 January 2022, 11:26
Santander Cycles smash records: 10.9 million hires in 2021

2021 was a record-breaking year for Santander Cycles all thanks to you.

Today I was very pleased with the maintenance of the bicycle path by @GemeenteUtrecht: the red asphalt was swept especially for me 😁👌🏼 #cycling pic.twitter.com/ZGXWLfzgnr

Dutch cycle lanes get...swept clear? No leaves? No broken glass? It's a different world over there...and you can even catch a cheeky tow behind the sweeper...

Oh, and sometimes you can even listen to the news while you commute...

Dutch news from the cycle path - with bonus 🌳🐕‍🦺🐕‍🦺and🌅today 😊 Check out the very best gravel, urban and electric bikes that that made it into road.cc Recommends in 2021
0
12 January 2022, 10:38
Tadej Pogačar's UAE Team Emirates teammate Davide Formolo injures wrist in wild boar crash

Davide Formolo is making a pig's ear of off-season training...(I'll see myself out)...

That seems a bit harsh on the UAE Team Emirates rider who had nowhere to go when the baby boar ran across the road while the Italian was training at 60kph. Formolo injured his wrist in the crash, but hopes nothing is fractured.

"There are many small bones in the hands, and it takes 10 days to show any fractures," Formolo told Gazzetta dello Sport. "We are still working a lot on the right wrist, we are still afraid that there is some fracture. Nothing seems to be broken."

Formolo joked with his Instagram followers..."A wild boar wanted to eat me [...] the 53x11 makes speed to escape if you have legs like me 🤪😂"

Without a doubt our favourite of Formolo's 2021 achievements was his 'longest Hour Record'...rolling his way to a joint new world record of just 918m in...well, an hour...

That's our kind of distance challenge...

Today I ended up cycling down the remnants of the 1930s cycle way on Chester Road in Birmingham. It is a car park for residents, all but one of whom seem to have plenty of space on their drives. @carltonreid @badlyparkedbrum pic.twitter.com/kSQaws8v6j

Why use the driveway when there's a perfectly good 1930s cycleway to dump your motor?

That's the questions 2 wheels good Brum was asking after weaving around this slalom course...we counted 12 (plus one on the pavement) during the 30-second clip.

And that's just the shorter version...here's the extended edition... (granted, not quite as fun, or long, as the Lord of the Rings extended edition, but fantastic all the same).

Giving some local knowledge, 2 wheels good Brum explained how the 'infra': "Was built in the 1930s and has had some new signage and white lines to create a two-way route for cyclists. It is terrible to ride even when empty, but it has become a car park for local residents, most of who seem to have sufficient parking space on their own property already."

So what did it look like in its heyday?

Here's the same stretch of cycleway, viewed from the other direction, (possibly) in the 1930s. People did cycle on it then. pic.twitter.com/DdZNna2NHq

What better way is there to start the day than an early walk along the Lee River Section of the Capital Ring?

Going for a walk is a great way of keeping active and healthy when having to work from home. #CapitalRing #WalkThisWay #FakeCommute pic.twitter.com/V1Xg62EIq1

The sun may not be out for very long here in the UK at the minute, but at least it looks pretty as it comes and goes...Walking and Cycling Commissioner Will Norman went for a sunrise walk, prompting others to share their morning commute snaps. Of course, we were more interested in those on two wheels...

Sunsets are alright too...

Reasons why cycling is better: you can stop to take a picture of the sunset. pic.twitter.com/26pqla6P0T