It's Thursday and Dan Alexander is back from holiday trying to remember how this live blog thingy works...

In my opinion, one of the reasons why so many people are so thrilled to see Cav winning at the highest level again is because it shows what someone can achieve when they are given a chance and people back them. That's a message that is bigger than sport.

How good was that? We'll be raising a cold one to Cav again tonight. For all the details you might have missed, check out our race report...

For me it’s amazing because of the depression. Such an example for everyone — he asked for help and became the real Cav again. Mental health matters 💚

Once he starts, he does not stop 👏#TDF2021 pic.twitter.com/GD6PrJs1Ky

Cav's back! Two in three days and our favourite sprinter is giving those brilliant post-stage interviews that only he can. Fast talking, tactical breakdowns, disdain for other teams and hitting back at the man with the mic.

"Mark, it's your 32nd victory, you know what my next question will be," Cav was asked at the finish by the interviewer hinting that the 36-year-old could reach Eddy Merckx's Tour de France stage wins record of 34.

Most impressive thing is how Cav recounts his wins and also remembers how the stage finish differed back in 2008...#TDF2021 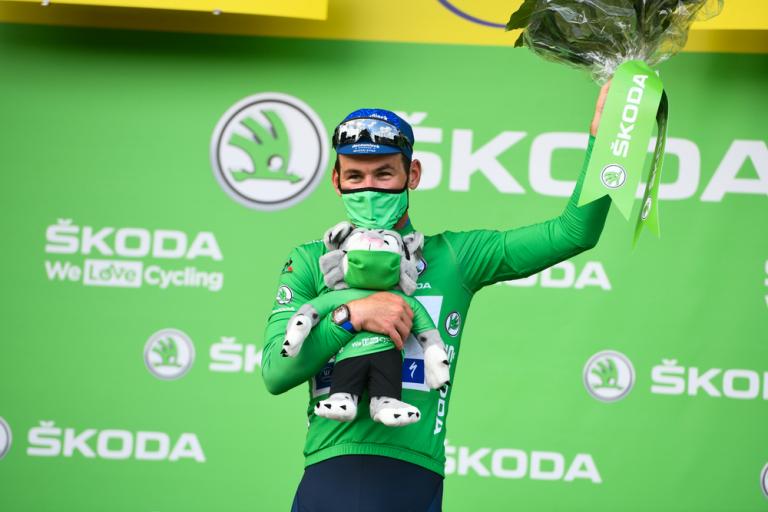 We are getting closer and closer to the Alps and it looks like Lachlan’s days of rinding in his sandals are numbered. While it’s been smooth sailing on the flatter ground, as soon as he hits the mountains his progress will slow considerably as he heaves his gear over the passes. pic.twitter.com/eyyTSmf9lT

Knee pain forced him to switch out cleats for flat pedals ahead of day four where he rode the TT route in 1:17, almost 50 minutes slower than stage winner Tadej Pogačar.

Now on day six, the Alt Tour tracker has Morton 1,766km in and currently riding the transfer between stage seven and eight. Stage eight will take him into the Alps with a triple-header of first category climbs. 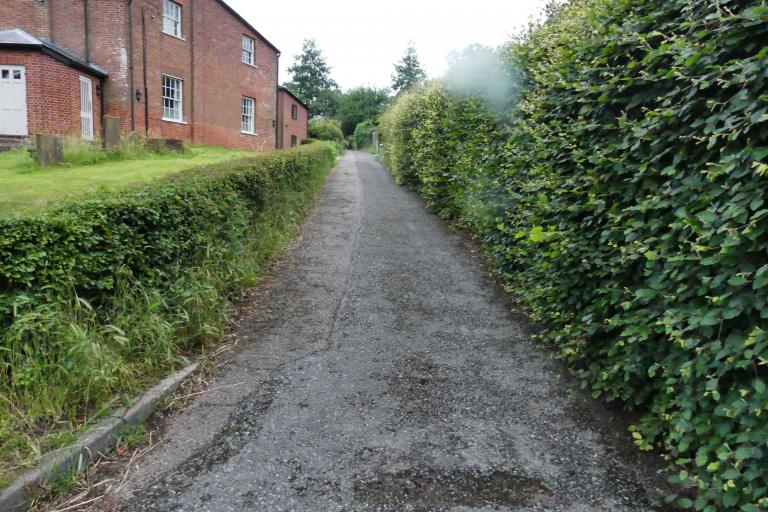 Martin Riches climbed around 8 metres on each circuit outside his house – and beat the height of world’s tallest mountain
10
01 July 2021, 14:25
Colbrelli beats Cav at the intermediate sprint but the green jersey wearer's lead is cut to ten points

💚 🇮🇲 @MarkCavendish tries to extend his lead in the green jersey classification but he is beaten by 🇮🇹 Colbrelli, 🇧🇪 Philipsen and 🇦🇺Matthews. 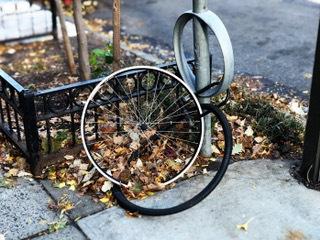 Leopard Technology has launched its annual survey on bike theft and cycle security and is hoping to build upon the 4,000 responses last year. The focus is on measures to prevent theft, feeling safer on the road and attitudes to safety, security and wider cycle lane usage. The survey is open until 16 July when the results will be circulated.

Follow the link if you want to give your views... 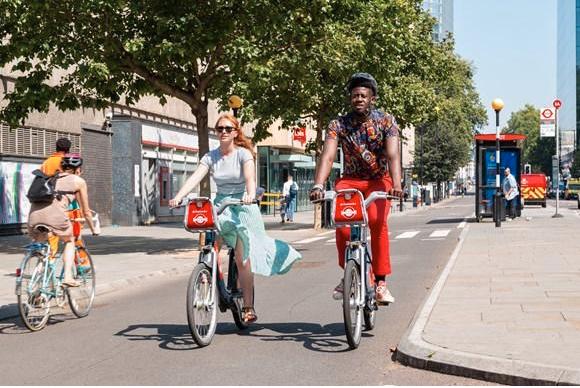 Transport for London's Santander Cycles scheme enjoyed a record-breaking month in June as 1,182,901 hires were made. Which, according to Will Norman, is the best June in the scheme's history.

Maybe I'm doing Jeremy a disservice and he is in fact the mastermind behind this cinematic brilliance. If you don't remember what the pedalling presenter is referring to, back in November actor Nigel Havers complained to the Daily Mail about the Kensington High Street cycle lane "causing gridlock every day". The lane was ripped out shortly after and these are the scenes cyclists like Jeremy face now...

Almost 70km done on what looks a glorious day over in central France. We had some interesting early action with a super strong breakaway including Tour of Flanders winner Kasper Asgreen, Thomas De Gendt, double stage winner last year Søren Kragh Andersen and Olympic champ Greg Van Avermaet. The peloton weren't too keen to chase that stellar line-up for the next few hours so reeled them in early doors. Van Avermaet and Lotto-Soudal veteran Roger Kluge are now off the front on their own and have around 1:30 over the Deceuninck-Quick-Step and Alpecin-Fenix led bunch.

Stay tuned for all the action, results and reaction...but for now let's see what's happening away from the Tour...

New data obtained via a Freedom of Information request submitted by motoring insurance firm Carole Nash found that 210,000 potholes were reported to Cornwall Council between June 2017 and 2020. Cambridgeshire took second spot with 180,000, while Derbyshire was third with 170,000. Here's the full top ten: 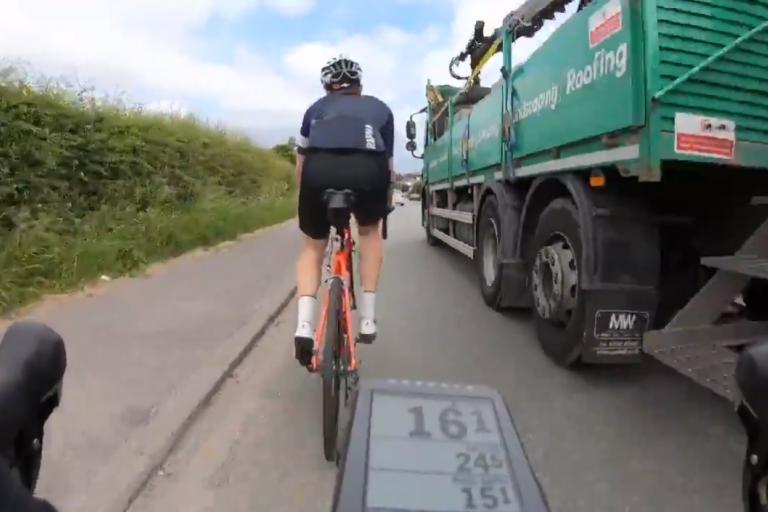 Near Miss of the Day 605: Building supplies firm to use cyclist’s close pass video to train drivers (includes swearing)

Geraint Thomas and Luke Rowe have expressed sympathy for the spectator holding the cardboard sign involved in the huge crash during the opening stage of the Tour de France. Speaking on their Watts Occurring podcast, Thomas called talks of the woman being sent to prison for a year as "ridiculous" and joked Jumbo-Visma domestique Tony Martin could be imprisoned for two months.

"Let's be honest, Tony could have moved left, at least a little," Thomas said. "It looked like he saw it and thought, 'I can ride through that'. It's her fault, but at the same time he has a part to play. Put him in prison for two months then, at that rate. That is absolutely ridiculous. She can't go to prison."

Co-host and fellow Ineos Grenadiers rider Luke Rowe added: "She fucked up massively. She did something stupid and caused a massive crash, there's no avoiding those facts. But they're talking about a €15,000 fine and a year imprisonment. I just feel sorry for the woman to be honest.

"She is in the middle of all this hate on social media. It was all over Facebook, they were searching for her. They finally got her, take it down to a human level and think, 'that poor woman'. She's going to feel bad enough about it. Imagine being in prison and someone asks what are you in for? Murder? Theft? 'Nah, I went to the Tour de France with a sign that said hello to my grandparents.'"

Yesterday, prosecutors confirmed a woman had been taken into custody in Landernau, the finish town of Saturday's stage. Reuters journalist Julien Prétot has this morning reported that the race organisers have withdrawn the lawsuit against the woman, although that may not affect the state prosecutor's case. Movistar rider Marc Soler, who was left with three fractures to his arms after the crash, has said he plans to sue the spectator. 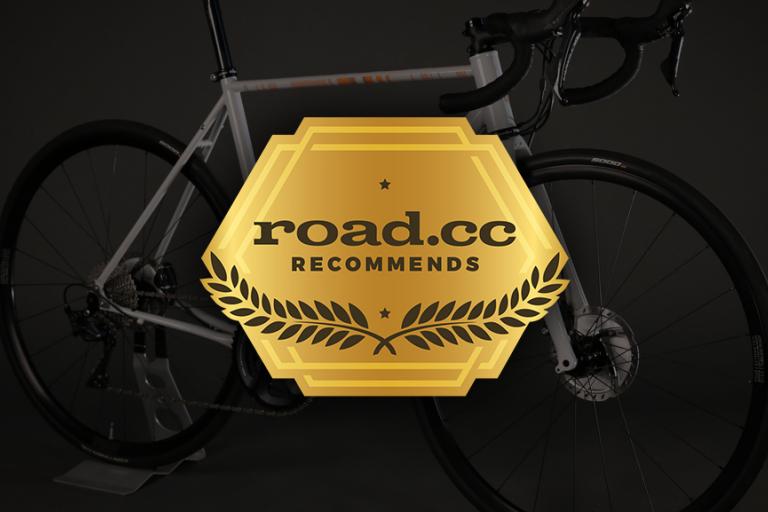 We update our selection of the best bikes and kit monthly, and have now added products covering June 2021. Find out which items have made the cut!
0
01 July 2021, 09:49
Sustrans urges the government to create a "golden age of cycling" and capitalise on lockdown boom 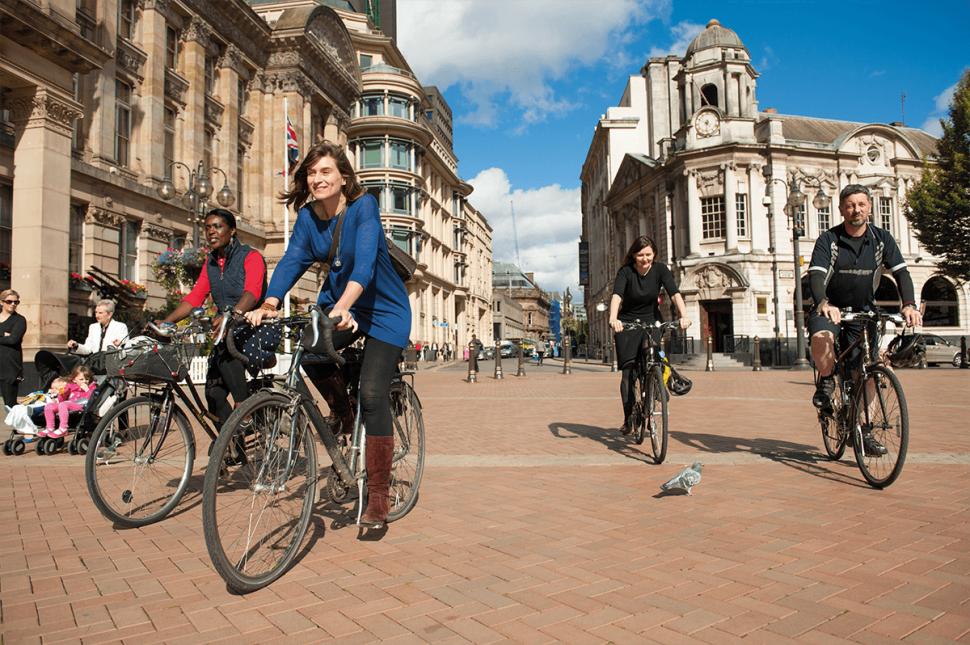 Sustrans has urged the government to capitalise on the surge in interest in cycling during lockdown to create a "golden age of cycling". The BBC reports that almost four times more journeys were being taken by bike at one point last year. Rachel White, head of public affairs at Sustrans called on careful planning of cycle lanes and a "large-scale" government campaign to push the health and environmental benefits of riding a bike.

The charity also proposes the default speed limit in built-up areas be lowered from 30mph to 20mph. "We would like the resurgence in cycling that we saw during the lockdowns in England to herald a golden age, rather than be wasted," White said. "We know that if cyclists are kept away from traffic and traffic is slower, they feel more comfortable."

01 July 2021, 09:31
Alex Dowsett has no time for the "flappy garment that keeps your shoulder fronts warm and stops you getting to your food"

In the high mountains I’ve come to the conclusion that the gillet is the most useless piece of clothing available. Too warm for the uphills, not warm enough for the downhills. Basically a flappy garment that keeps your shoulder fronts warm and stops you getting to your food.

Gilets. Yay or nay? Dowsett is going nay (in the high mountains). Plenty of Brits enjoying the summer weather made the case for the defence...

obs have a badly designed Gilet. I live in Cold and wet Devon and it is a brilliant piece of kit and my go to on every ride

guess it depends where you are; damp Yorkshire last weekend unzipped uphill allowing access to pockets, and zipped up down dale to keep the worst of the chill off (it is June after all 🙄)

Some bike skills for your morning entertainment, featuring some gloriously noisy freehubs... 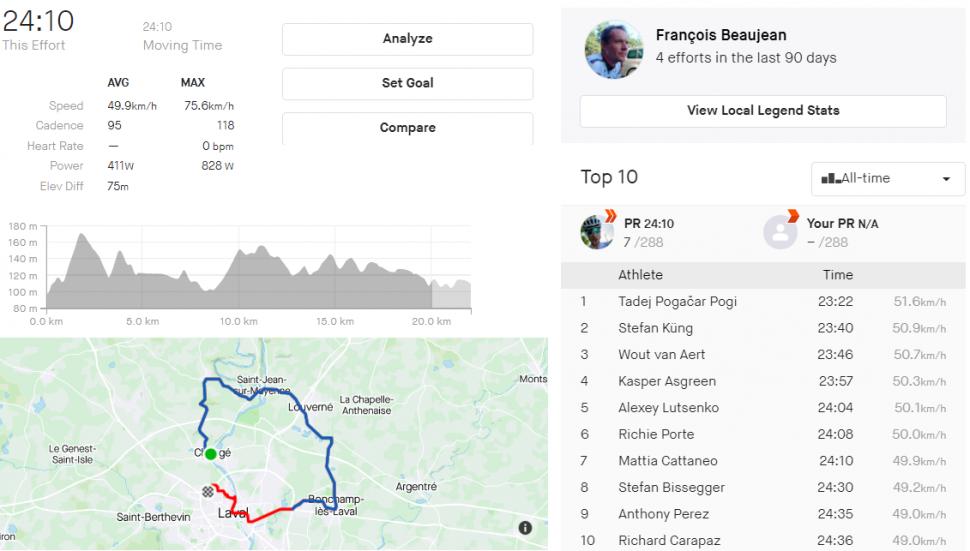 Tadej Pogačar has uploaded his 'Afternoon Ride' from yesterday's Tour de France destroying TT for us all to gawp at. Unsurprisingly, Pog swept up most of the KOMs en route to go with his stage win, including the opening 1.7km of 'Bosse Changé Saint-Germain le Fouilloux' which averages four per cent, but was powered up at 35km/h by the 22-year-old...think about that the next time you're panting up your local lump.

According to the Strava times, Pog was also quickest up the final climb, Montée rue Léo Lagrange, and took three seconds from Wout van Aert on the 500m ramp alone. For Stefan Küng, whose heartbroken face told the story as his much younger, faster rival crossed the line — the final climb took seven seconds longer.

Unfortunately for us, like most of the pros at the race, Pogačar has kept his power data hidden. But for some context, eighth place Mattia Cattaneo was the highest ranked rider to let us see the numbers...407w average for 33 minutes. We'd better get training... 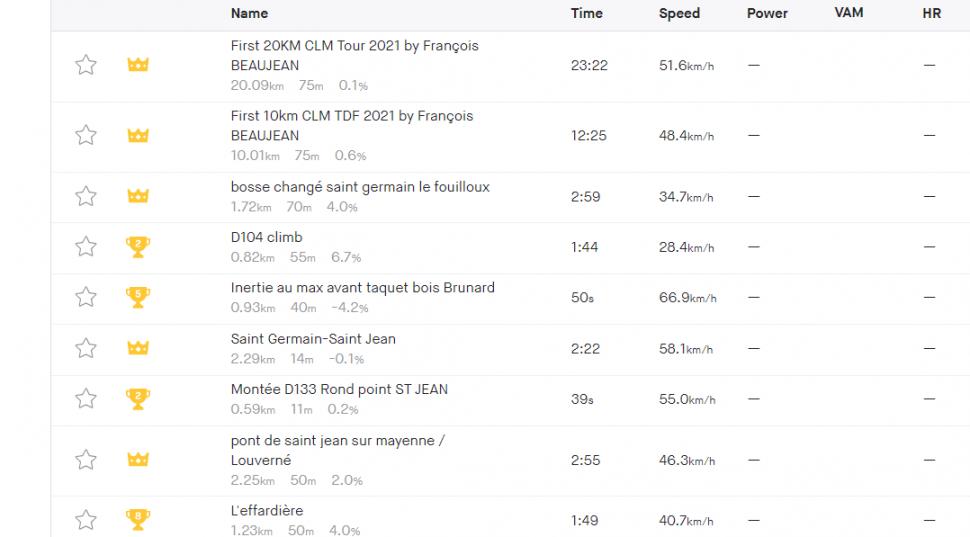