Underground time trials aren't as rare as you might think… but few can be as tough as Liverpool's Ten Minutes of Hell...
by Philip Gale

Though not your normal start area for a bike race, the toll booths of the Queensway Mersey road Tunnel were closed to cars on Sunday the 20th of February for a unique bike event, Ten Minutes of Hell. Organised by local shop Vita Cycles in conjunction with Mersey Travel this time trial saw 60 riders competing for the fastest time out and back through the 3.2 kilometre tunnel. Starting from the south side of the Mersey, the tunnel descends under the river then climbs back up to come out in central Liverpool, after a quick circuit of the roundabout riders were then faced with the descent and climb on their return journey.

Brainchild of Barry Wallace and Phil Ledder, Directors of Vita Cycles, the Ten Minutes of Hell adds to an increasing list of new and unique events which are aiding the growth of cycle racing in the UK. Barry explains “All the riders in the Liverpool area know about the Queensway tunnel, being the longest one in the UK it is something that all locals ride at one time or another. On a normal day it is full of cars and very dangerous. Phil and I thought up this event one day, knowing that the sharp descent followed by long drag would be a real challenge.” 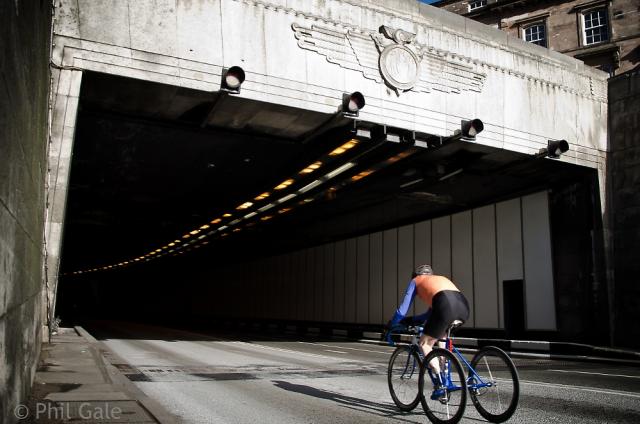 Dubbed the Ten Minutes in Hell, after the time it might take the leaders and the fact that it was underground, even in its first running the event boasted a prize list which put other races to shame. £1000 and a Swift Carbon Aeronaut frameset for both the winners in the male and female field was just the tip of iceberg. More cash prizes, wheels from Spinergy and aero helmets from Giro, drew big names such as National Time Trial Champion Alex Dowsett and Commonwealth Games rider Julia Shaw, to enter Hell for ten minutes of suffering. Barry continued “It was really good to see that the top riders and also industry were behind the event. Having Shaw and Dowsett here got us really excited. They made our hard work and the generosity of our sponsors worthwhile.” 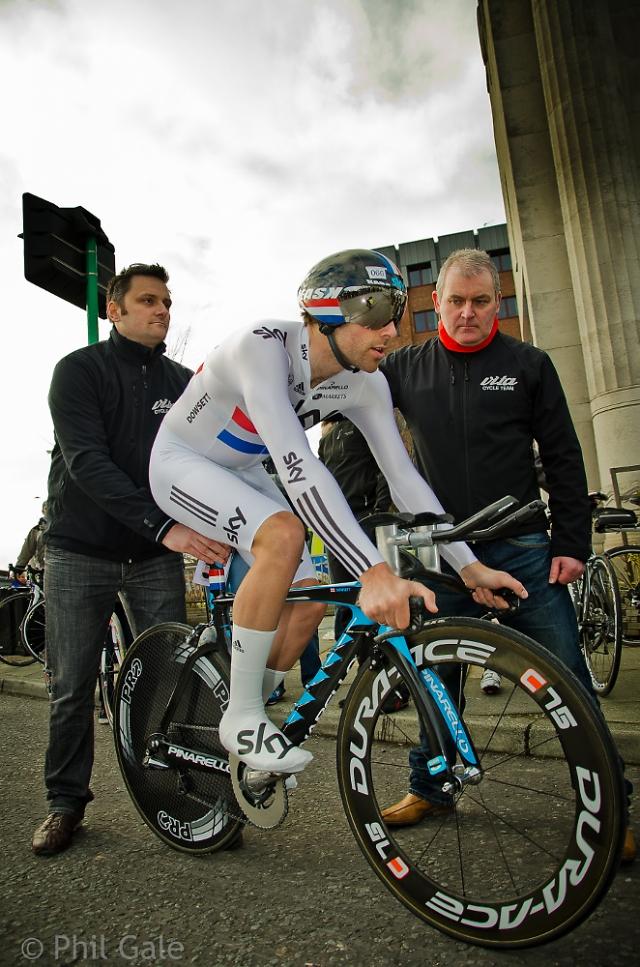 Riders went off at 2 minutes intervals being swallowed by the darkness of the tunnel only to re-appear minutes later sprinting for the line exhausted. Times were consistently around the 10 minute mark until the final few riders went off. The competition heated up with the big name riders saved for the end. Dowsett was the last rider off and blasted through the course in his red white and blue, Team Sky National Champs skin suit. Crossing the line, teeth gritted, in a time of 08:28 which saw him take the win. Second place, in just as an amazing ride considering his age, was Junior Ryan Mullen of Planet X, with James Ratcliffe (Fred Wiliams Cycles) taking the final step of the podium. Dowsett explained his day “That was horrible! I planned on riding down the hill easy and then opening it up on the climb, but I got to the bottom already maxed out so just had to hold on. That really hurt, but what a great event. Riding through the tunnel with the noise of the disc wheels echoing is something else! Plus the prizes….. All I need is another couple of these events and I could retire for the year!” Dowsett also took the spot prize for the fastest split time of £500 and a £3,000 Tag Heure SLR watch. 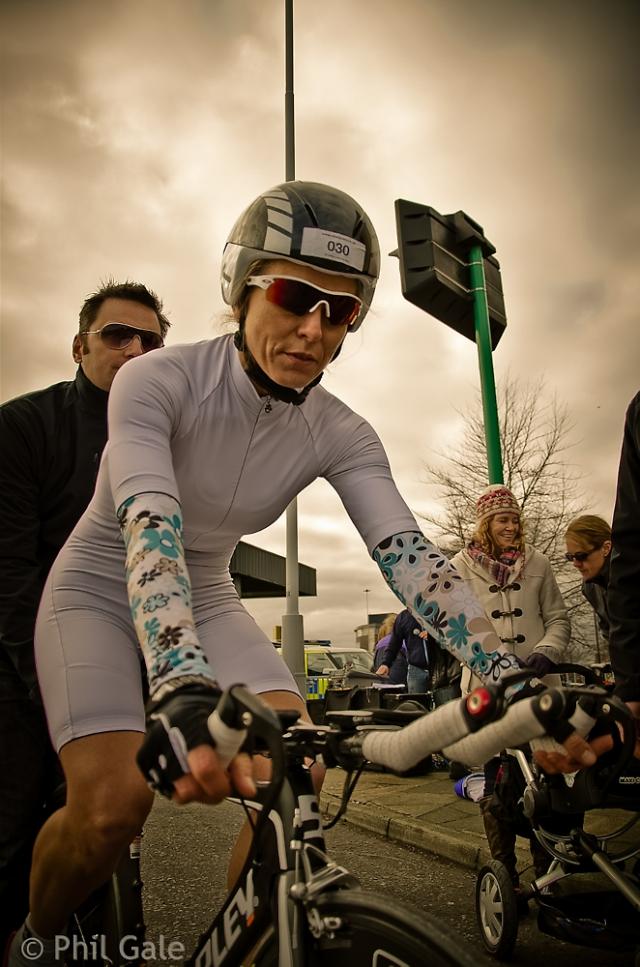 In the just as fast women’s event Julia Shaw of Drag2Zero took the win with a time that put her safely in the top 10 overall. She was followed by Rebecca Slack, with Jill Wilkinson (Port Sunlight Wheelers) making up the podium.

Shaw told us about her time in Hell “That was something else. This is my first race of the season so was a real lung opener. Being so short it was hard to find a pace, so I started flat out and tried to hang on. Riding in a tunnel, closed to traffic was a real buzz. You have to focus 100% because there is no real idea of how fast you are going. I cannot wait to come back; closed roads, equal prizes with the men and winning a new Swift Carbon frame, which I am going to get over to my sponsor Drag2Zero to get fitted on, was really worth the effort!” Barry of Vita concluded. “We are happy things went so well. For the first event it was a great success, fast times, happy riders and many spectators. We are donating money from the event to Calder Kids a Liverpool based charity, which makes this more than just a bike race. Thanks to all involved, marshals, riders, Sportful Clothing, Swift Carbon, DHW Agencies, Paligap and of course Mersey Travel, without whom this event would not have been possible. Keep your eyes open for the next event, which is going to have to be renamed to the Nine minutes of something since Alex was so fast!”