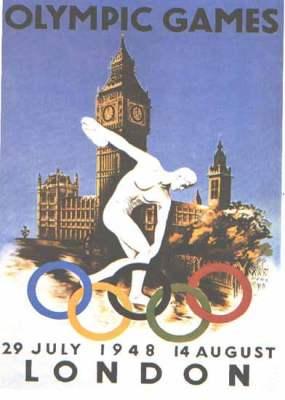 As London gears up to host the Olympic Games in a little over two years’ time, a Belgian cyclist has been presented with the gold medal he won the last time the games were held in the city, 62 years ago.

Eugene van Roosbroeck, aged 82, was a member of the three-man team representing Belgium in the road race in Windsor Great Park, won by the French cyclist, José Beyaert.

That was enough to give them victory in the team competition, but a complicated scoring system meant that the trio were already on the way back to the Olympic Village, oblivious to the fact that the had won medals, by the time officials had worked out that they had won.

“It was complete chaos after the race — there was no ceremony or stage to collect the medals,” said van Roosbroeck, quoted in The Times. “Lode Wouters finished third, Leon De Lathouwer was fourth and I was ninth. With these results we were first in the team standings but that was a result that they drew up only after many calculations.”

He continued: “After the event we jumped on the double-decker bus back to the barracks that served as the Olympic Village. A day later I was back in Belgium.

“It was only afterwards that we heard we were the best team. None of us thought that there was a medal awarded for the team event. The honour was enough for us.”

Enough, that is, until van Roosbroeck heard about a competitor in the sailing events in 1960 who had received replacement medals from the International Olympic Committee (IOC) after the originals were lost in a fire.

Contacting the IOC to see if they could redress the omission from 1948, he has now received his gold medal from the body’s President, fellow Belgian Jacques Rogge, leading him to comment, “better late than never.”

He has also managed to track down his former team-mate Wouters, now aged 81, who was unable to attend the ceremony in Brussels due to ill-health but will receive a gold medal to go alongside his bronze one, 81, but sadly it is too late for De Lathouwer, who passed away two years ago at the age of 79.

Mr van Roosbroeck, who went on to have a successful professional cycling career, reminisced about the strictly amateur Olympic event.

Nowadays, of course, Olympic cycling events are open to the sport’s elite, with he likes of Jan Ullrich, Paolo Bettini and Samuel Sanchez all clinching gold in recent years, but back then it was a strictly amateur affair, according to Roosbroeck.

“Anyone who earned a single franc from the sport could not participate in the Olympics,” he explained. “Every bit of advertising, including the brand name of the bicycle, had to be taped over. We even had to return the official Belgian team sweater after the Games.”