Government advisors, the Committee on Climate Change, say that investment in cycling and walking must be one of the top five priorities for the year ahead.

Let's hope the other wands are on back order and arrive soon... pic.twitter.com/Gu9PTdr2Xh

A fine example of the oeuvre has been flagged by Dr Ian Walker.

I just sent this picture in reply to a message but I'm posting it again because A WHOLE SERIES OF ACTUAL HUMAN BEINGS PUT THAT CYCLEPATH SIGN ON THAT LAMPPOST AND GOT PAID TO DO SO. @BristolCouncil pic.twitter.com/SCIdTomdHm 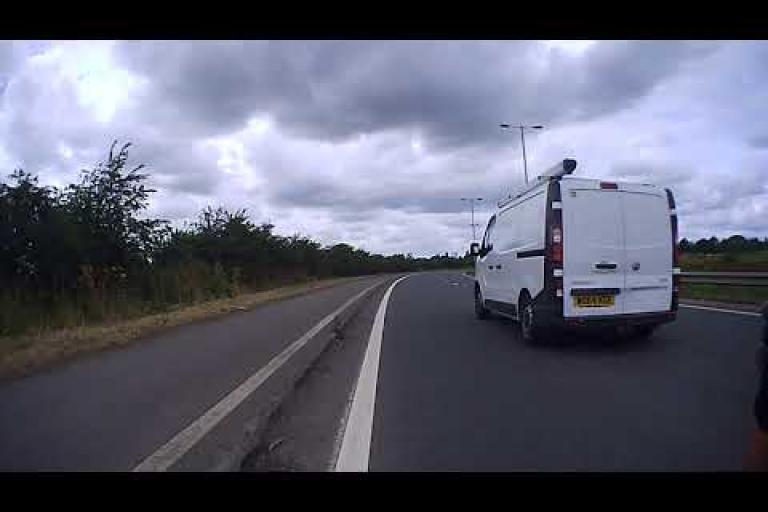 Our regular series featuring close passes from around the country - today it's Gloucestershire
31
25 June 2020, 13:53
Hull cycle lane bollards get nod of approval from World Bollard Association

If you don't follow The World Bollard Association on Twitter, it isn't necessarily the most discriminating judge. 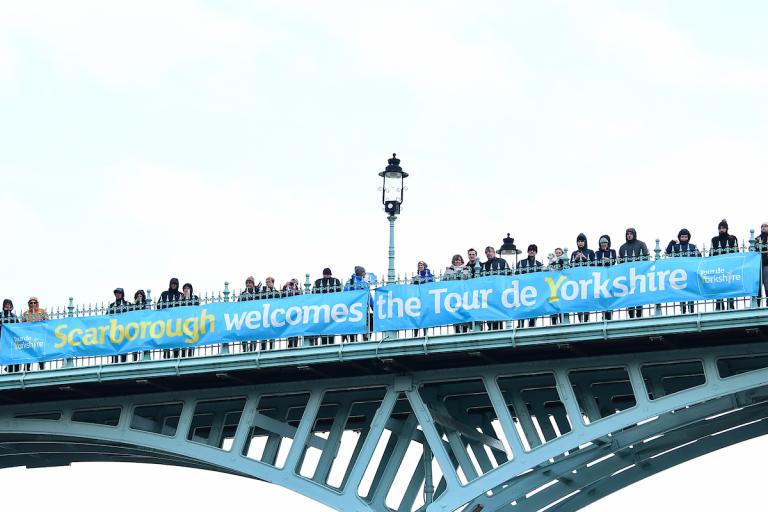 Welcome to Yorkshire warns it will have to cease operating unless it secures £1.4 million cash injection
4
25 June 2020, 13:13
Royal Parks Police stop cargo bikes in Kensington Gardens

No vehicles adapted for trade may be used in the Royal Parks unless they're authorised.

Two ⁦@MPSRoyal_Parks⁩ stopping commercial cargo bikes in Kensington Gardens. They were taking details and warning the riders. Nothing wrong with the police, but I feel that law needs to be changed to apply only to motor vehicles, not cargo cycles. ⁦ pic.twitter.com/3VOMhyxTsc

Advice for both cyclists and motorists here, delivered in Gaimon’s usual dry style. (There's an awful lot of, "also, put your phone down.")

Decathlon in Stockport is looking a lot emptier than usual. Staff say sales of bikes are up a hundredfold! pic.twitter.com/cFl4y43QdI

They aren't the only cycling retailer struggling to meet demand either.

Evans Cycles have been enduring a bit of a kicking on social media from customers complaining of delays, while Winstanleys Bikes received a flurry of negative reviews on TrustPilot for similar issues.

Around 1.3 million people – five per cent of UK consumers – have bought a bike since the beginning of the coronavirus crisis according to research carried out by GlobalData. 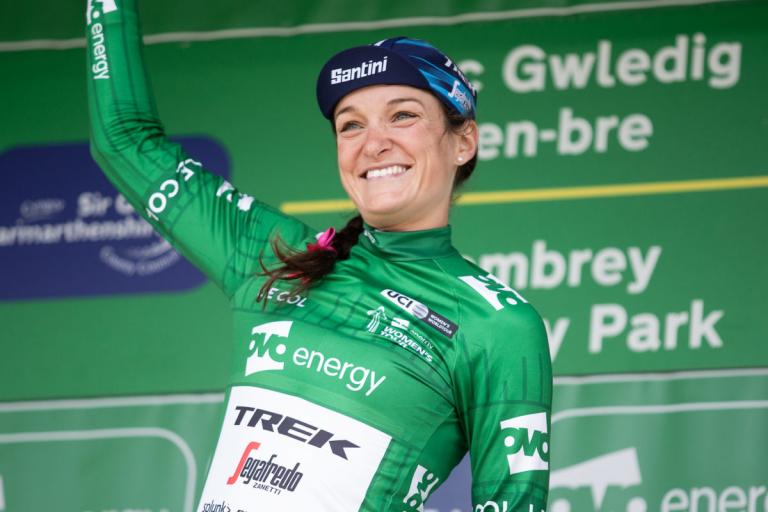 How does cycling feel when you're pregnant?

Olympic road race silver medallist and 2015 world champion, Lizzie Deignan, will be talking about juggling being a mum and a professional cyclist on Cycling UK’s live women’s cycling panel event this week.

It’ll be live on Facebook at 1pm on Friday. You’ll find it here.

The interview’s part of Cycling UK’s ongoing series, “Bants, Bikes and Being Female,” which has been going out on Facebook and YouTube.

Host, Anna Glowinski, said: “We wanted to create a safe space where women could discuss anything and everything about cycling without fear of being judged or made to feel stupid for asking the ‘wrong question’.

“The series has been hugely popular so far and I’m delighted that Lizzie will be joining us to give her unique perspective on cycling after childbirth and how she incorporates cycling in her family life.”

Wear a helmet, get a bell and “be seen” – these are some of the central pillars of advice in a Thames Valley Police video.

Hampshire’s Roads Policing Unit says the video illustrates how, “everyone can play their part in keeping vulnerable road users safe.”

Cycling has become very popular over recent months. The roads are a shared space and everyone can play their part in keeping vulnerable road users safe. This important video illustrates this aspect of cycle safety #RSU @HantsPolice @HantsRoadSafety https://t.co/DrwiTXSTCb

The video goes on to advise drivers to leave 1.5m when passing a cyclist, but even this segment has been slammed by many Twitter users for repeatedly referring to a cyclist as an “it”.

‘A life of excess’ says the 2019 Tour de France winner – which is presumably a reference to his training more than his downtime.

This is a skill every self-respecting cyclist should have, according to Juliana Buhring, who posted a video of fellow ultracyclist Kristof Allegaert performing the same trick back in 2017.

25 June 2020, 10:19
Should we be talking about 'traffic violence' instead of crashes and collisions?

This was a point made by Sustrans chief executive Xavier Brice earlier in the week.

Anyone in the UK is more likely to be killed by somebody driving a car than by any terrorist action.

This is relevant to everyone. But minimal coverage.

We need to change the conversation from ‘crashes’ and ‘accidents’ to (avoidable) traffic violence. https://t.co/AVL2XzyZOt

Chris Boardman, whose mother Carol was killed by a careless driver, certainly feels that the term is justified.

When you’ve had a mother crushed to death by a driver, you feel differently. https://t.co/q3Wwrdc348

Mobility hierarchy as it should be #Paris pic.twitter.com/DySe50sFDU

We also spotted this in the replies.

Below compares calendar YTD Traffic Police speeding enforcement of 💯 mph+ in #London. In 2020; we have enforced more than previous 3yrs combined!

This means enforcement is up not necessarily that there is more speeding. pic.twitter.com/AWhnis7paQ

Team ready for deployment for a close pass op. The VOLUNTEER plain clothes cyclist was non to pleased when I gave the location which contained the word HILL in it . We are aware of a number of locations people would like us to attend. We are doing as many as we can. Stay safe all

Happy to report that PC Graeme is fit and well if not a little red after today's close pass op on Alderman's hill Enfield. A number of offences dealt with including close passes,excess speed, licence offences and vehicles in unsafe condition. @MPSWinchmoreH and @BetterSt4Enf

For a moment this seemed like all our regular stories rolled into one, but not sure Alderman's Hill delivers the necessary elevation gain.

Speaking of Andy Cox (see the near miss below)…

Warning: Some understandably choice language on this one.

I’m so sorry I got in the way of your racing line on the way to the golf course! (Terrified sweating abundant as I swerved a head on collision) @SuptAndyCox @MetCycleCops @metpoliceuk pic.twitter.com/yGx7Zi6FpK

The cyclist involved, Matthew, has been in contact with Andy Cox, the Met’s head of road traffic policing.