Let’s just say it’s one of those Kickstarter campaigns and leave it at that, shall we?

“The essence of Iwind is optimum comfort and maximum efficiency. It sucks in the impure air around you, purifies it, and supplies fresh air back to the nose cone through the air duct.”

In the words of our editor: breathtaking. 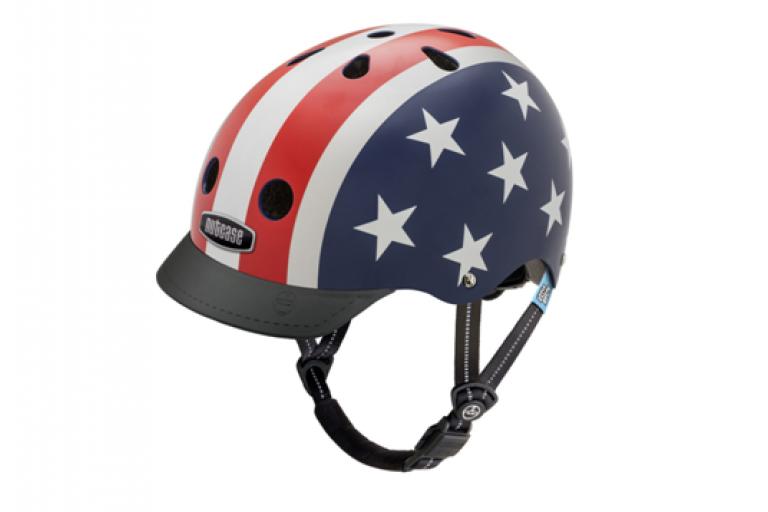 News follows manager of helmet brand saying this week that they can’t be designed specifically for collisions involving motor vehicles
8
09 July 2020, 15:37
Is this the worst maintained cycle path in the UK?

But is it the worst cycle path in the UK?

Is this the worst maintained cycle path in the UK?@TDF79 thinks this path in @essex_cc is the worst he has seen.https://t.co/gLFhYTucqO

If we were to mix all the replies to this tweet together and boil them down to their essence, it would be something like, “Well that’s absolutely terrible but no, it isn’t even close to being the worst cycle path in the UK – let me tell you about this one path near me…”

Neil Warnock was spotted out on his bike the other day.

Sir Neil Warnock out for a casual ride round Teesside, head to toe in Boro gear. Up the Boro and Up the Warnock! pic.twitter.com/4MYCiGHmBC

"Yes, that was me,” he told Teesside Live. “The lads went past in a car and pointed a camera at me and shouted 'hello'.

"It's not a club bike. I’ve had to pay for it if I’m honest. I had to pay for the hire of it. You'd think I get it sponsored at my age. It was an electric bike – I need that for the hills.”

It sounds like Warnock cycles for his mental health as much as his physical health.

"I did about 38km yesterday and I really enjoyed it,” he said. “You can get suffocated if you're not careful and the problems become gigantic so you’ve got to just calm down and play it by ear.

"It was nice to blow the cobwebs away. I've always enjoyed that. And the countryside round here is just unbelievable so it was great to get out and do a few miles."

Hammering along together the break pass a "modern" chateau that could have come from a film set! No #TourdeFrance so it's #TourdeMyGarden. 6 mins to the peloton so break should stay away, fast downhill finish! #TDF2020 #TDF #Cycling. pic.twitter.com/f6IfBUe3WJ

Bikmo have announced that they will be cutting premiums for e-bike riders, with new research showing that e-bikers were 38% less likely to make a claim compared to non-assisted riders
0
09 July 2020, 14:32
Two-year-old cycling on Sheffield ring road We had Kevin Pietersen and Andrew Flintoff racing Chris Froome on Zwift the other day and before that Darren Gough on Channel 5 series, Tour de Celeb.

Most strikingly of all, former England wicketkeeper Matt Prior got so into cycling he set up his own team.

The latest cricketer to show an interest is Jason Roy, who was a key member of England’s World Cup winning team last summer.

He’s been riding to maintain his fitness during lockdown and recently took delivery of a Ribble Endurance SL with Shimano Ultegra Di2.

“I love this bike, the way it rides is excellent,” he said. “The bike has especially smooth handling and also looks stunning. Cycling gives me another dimension to my training and I look forward to putting the hard miles in.”

No doubt you think this is an obvious point, but we think it's well made all the same.

What do you think would be an acceptable number of people dying on our roads?

Salford Council are trialling planters in a few locations to close roads to cars.

This is Stevenson Street.

How are all these cars dumped on our beautiful park going to get out 😂 pic.twitter.com/Sj5GtcYS8O

Inside The Games reports that Choi Suk-hyeon took her own life after years of physical and verbal abuse from the coaching staff at Gyeongju City Hall's semi-professional triathlon team.

Coach Kim Kyu-bong and team captain Jang Yun-jung have been handed life bans by the Korea Triathlon Federation. Another athlete involved in the case was banned for 10 years. 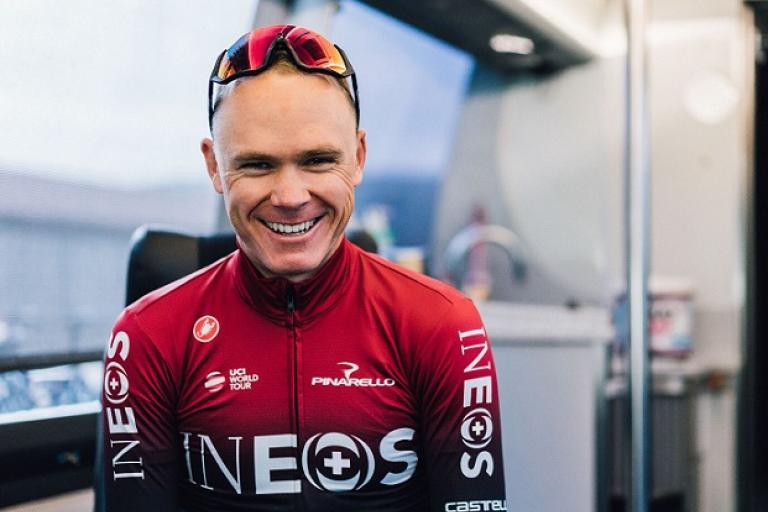 Our full story's up now, including the implications for Froome riding this year's Tour de France. In May 2017, Zhi Min Soh, a medical student from Malaysia, lost her life when she was run over by a Rabbie’s Tours minibus.

It is thought that she was thrown from her bike when her wheel became trapped in a tram track.

Her family were informed there would be no criminal case against the driver, but they launched a civil action through Cycle Law Scotland.

“Whatever caused Zhi Min to fall from her bicycle on the 31st May 2017 may never be known but had she been given sufficient room by the tour bus driver, she would most likely still be here,” commented Jodi Gordon, a partner at the firm.

It was never disputed that the driver had been travelling behind Zhi Min Soh and that he had been aware of her presence on the road.

He was also driving within the 20mph speed limit but had been closing on her when approaching a junction. When Zhi Min Soh fell from her bike, he was unable to take evasive action or stop in time.

There was no formal admission of liability from Rabbie’s Tours but the insurers agreed to compensate the family for their grief and sorrow. Cycle Law Scotland say that in doing so, there is recognition that there was negligence on the part of their driver.

“Zhi Min’s death was avoidable,” said Gordon. “The hope is that we learn from this unnecessary loss of life. As drivers, we must learn to recognise the vulnerability of cyclists and the fragility of life as we interact together on the roads.”

Here's a collection of ridiculous bike hacks I've pulled off over the last year or two. Some I am proud of. Some I am confused about still being alive. https://t.co/oKhT5dVGmi

Bit of overlap, but you'll also be interested in these nine roadside bodges. (When is a hack not a hack? When it's a bodge.)

After a great many rumours, Team Ineos has confirmed that Chris Froome will leave at the end of the season.

Team INEOS confirms we will not be renewing @chrisfroome’s contract - so after 10 great years this season will be Chris’s last with the team.

Another day, another everesting record.

The current overall everesting record is held by Lachlan Morton, who set it a week after losing what he thought was a new record because of wonky GPS data.

Earlier this week, 2010 world time trial champion, Emma Pooley, set a new women’s record, completing 10 laps of the Haggenegg climb (6.8 km at 13%) near Schwyz in Switzerland, to achieve the necessary 8,848 metres of climbing in a time of 8 hours 53 minutes and 36 seconds.

The route was approved in advance by the Hells 500 — the organisation behind the concept of everesting – which is something they said they’d start doing after Morton’s first effort.

I did that ride I said I would never do... It was both terrible and fantastic. Sometimes simultaneously. And apparently it was an #everesting record. Never ever ever again! But if I *were* to do another one😉... I’d do it a bit differently. Some of my not-genius planning included: •13.5% average with insufficient gearing •Totally exposed climb on a hot sunny day •Twisty technical descent with blind corners, gravel, and grass cuttings. •Picking the day when every farmer on Haggenegg chose to mow their meadows and collect the hay: 6 tractors & hay carts were also doing reps of the climb all day 😤😂 •Running out of food and water on every climb from 5 onwards (I just didn’t plan for enough) •Being a magnet for horseflies 😫 I don’t know what this says about how badly I stink! But it was a happy day despite a few discomforts. I wanted a challenge, and to find my limits ... and I did. Or maybe my limits found me 🤣 I would like to thank: •Liz for being the loveliest supporter I could imagine. Plus that McDonald’s stop on the way home...🍟 @johnwillwhitt for the co-planning and company. @tim_pigott #coach for getting me to the happy healthy place I needed to be for this. @hells500 for their help verifying the segment ascent in advance. @rhodespatterson for setting the bar so damn high! •Equipment partners: @wyndymilla @astutowheels @rotorbike @wahoofitnessofficial @i_ris.cc •All my cycling buddies for the brilliant company on a few fun rides this year 🤩 #themountainswerecalling #happyplace #steilistgeil #neveragain #neversaynever #cyclingswitzerland Video by @ironplums 🙏🏻

It sounds like Pooley could have everested a fair bit quicker had she planned things differently.

She says she regretted choosing a slope with a 13.5% average gradient with insufficient gearing, adding that it was totally exposed  and also featured a twisty technical descent with blind corners, gravel, and grass cuttings.

She also reckoned she made her attempt on a day when six tractors and hay carts were also doing reps of the climb and said she ran out of food and water on every climb from five onwards because she didn’t plan for enough.

“I blew up on the 8th ascent and no amount of gels and water stops would revitalise my legs,” she wrote on Strava. “Close to puking near the top of the last 3 laps.

“The whole point was to challenge myself: find my limits, and push them. Well ok, it felt more like my limits found me and punched me into a ditch but still: it was tough, I genuinely enjoyed it, and there was plenty of time to think.”

We mentioned these on the live blog the other day.

The signs urge motorists to leave a 1.5m gap when passinghttps://t.co/fjsyCfkAdh

According to the BBC report, they're basically covering the Brailsford Way.

According to Marca, Purito suffered a hard fall on Wednesday in Vallnord Bike Park in Andorra on Wednesday.

He seems to be broadly okay though.

French guy rides past today and shouts “allez Froome” I must be looking skinny, or just looking at my stem🤷‍♂️🤣

Thanks, everyone I am home. My phone has died so I can't call anyone. The worst one was a white van I think they are called caddy vans. I got a look at the passenger as he looked in the mirror and by his face, they knew they had nearly hit me & run me off the road. Cyclists are https://t.co/JHEIDatoEl