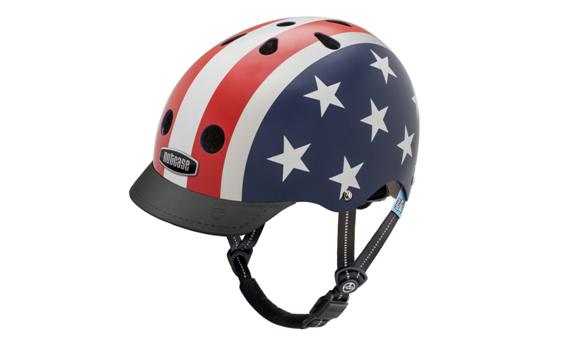 A US city is to repeal a law that makes it compulsory for people to wear a cycle helmet while riding, and is also set to permit cyclists to ride on pavements in business districts so long as they give priority to pedestrians. The news comes in a week in which a brand manager at a leading helmet manufacturer said it was impossible to design one specifically to protect the user in the event of a collision involving a motor vehicle.

An ordinance repealing the requirement for cyclists – as well as skateboarders, roller-skaters, and scooter riders – to wear a helmet was approved by Tacoma City Council when it received its first reading on Tuesday, reports The News Tribune.

A second reading of proposed amendments to the city code of Tacoma, which is located in Washington state and is home to around 217,000 people, is expected next Tuesday, with the changes taking effect on 21 July.

Australia, New Zealand and Argentina are the only countries that require all cyclists to wear a helmet while riding their bikes, but within the US, legislation differs between different states and even between lower-tier legislatures between them.

Some 21 states require minors to wear a helmet while cycling – the cut-off age varies between 16 and 18 years – while 13 states have no mandatory helmet laws at all.

In the remaining 26 states, local laws apply, including Washington state where many municipalities have laws stipulating that all cyclists must wear a helmet, regardless of age.

Tacoma, the state’s third-largest city, introduced its compulsory helmet legislation in 1994 and Liz Kaster, the city’s senior planner and active transportation coordinator, said: “This change won’t supersede Washington state helmet laws, including helmet laws for motorcycles, mopeds or motor-driven cycles, which will remain in effect in the City of Tacoma.”

Other changes to the city code due to be passed on Tuesday include:

The changes follow consultation with stakeholders including local cycling and pedestrian groups and come after the completion of a micro-mobility pilot launched in 2018.

Last month, Kaster told a City Council study session: “This code review was spurred by our team’s work on micro-mobility; however, as we dug into the Tacoma Municipal Code as it relates to active transportation, it quickly became apparent that there’s some outdated, inconsistent code language that doesn’t align with best practices or city and state policy.”

During 2019, Tacoma Police Department cited 12 people for cycling without a helmet.

Last November, the US federal agency responsible for road safety, the National Transportation Safety Board (NTSB), recommended in a report that cycle helmets be made compulsory across the country for all bike riders.

> Compulsory bike helmets for the land of the free? US Government agency calls for mandatory cycle helmet law

In 2019, the Tacoma Police Department handed out 12 citations for people not wearing a helmet.

The report said: “The investigators’ primary focus was on crash avoidance, but in those instances when crashes do occur, they said the use of a helmet was the single most effective way for riders to reduce their chances of receiving a serious head injury.

“Because research shows that less than half of bicyclists wear helmets and that head injuries were the leading cause of bicyclist fatalities, the NTSB recommended that all 50 states, the District of Columbia and Puerto Rico, require that all persons wear a helmet while riding a bicycle.”

However, Washington Governor Jay Inslee wrote to the board in February and said that while the state backs the protection helmets provide, “changes to infrastructure do far more to reduce the chances that crashes will occur, thus saving more lives and preventing more injuries than helmets ever can.”

Earlier this week we highlighted how Eric Richter, a senior brand development manager with helmet manufacturer Giro had told Cycling Industry News that there are “many misconceptions about helmets” and that it is not possible to design a helmet specifically to protect the user in a collision involving a motor vehicle.

> Bike helmets "not designed to reduce chances or severity of injury when impacts involve a car", says Giro development manager

“We do not design helmets specifically to reduce chances or severity of injury when impacts involve a car", he said.

Richter explained that “the number of variables is too great to calculate – the speed of the car, the mass, the angle of impact, the rider, the surface, the speed of the rider, did the driver or rider swerve a little or hit the brakes before impact.

“All of these variables and more are unique in every instance, and there is no way to accurately predict what is going to happen or the forces involved.

“We are mindful of the different types of brain injuries including CTE, and ongoing advances in understanding them,” he continued.

“But the common factor in brain injuries is force transmitted to the brain. That common factor is the realm where we have potential to make a difference, and it does not change over time. Therefore we emphasise a simple, unwavering mantra: Less energy to the brain is better protection.

“On the other hand, the understanding and emphasis around various types of head and brain trauma will continue to evolve, and the effects from an impact or multiple impacts are unknowable variables due to the fact that each impact is a unique event and every rider is unique and changing over time.

“So, by keeping our primary focus on reducing energy, we keep moving ahead in a way that can theoretically benefit every rider in every impact,” he added.