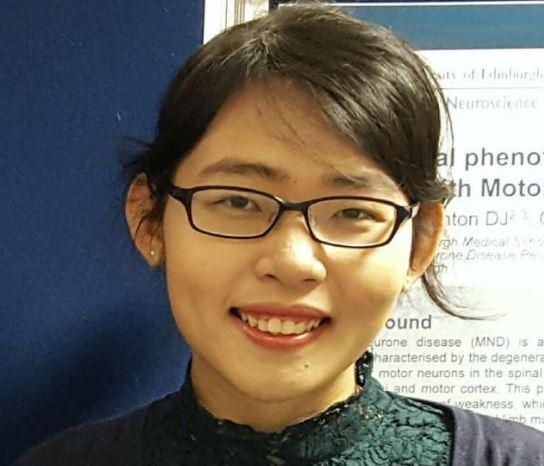 Medical student from Malaysia was thrown into path of minibus when bike's wheel got stuck in tram tracks...
by Simon_MacMichael

Cyclists in Edinburgh will hold a vigil on Wednesday morning at Shandwick Place to commemorate Zhi Min Soh, the medical student from Malaysia who lost her life last week when she was run over by a minibus after being thrown from her bike when its wheel became trapped in a tram track.

The vigil, which will be held a short distance from the junction of Princes Street and Lothian Road where the cyclist lost her life, will start at 8.30am, marking exactly one week since the fatal incident.

Campaign group Pedal on Parliament – which is not itself organising the vigil, but is encouraging people to attend – said in a post on its website: “We don’t know the full details of what happened with Ms Soh, and we don’t wish to speculate prematurely. However, we and every other cyclist we have spoken to personally and online are angry as well as saddened at this death.

“Edinburgh’s tram tracks have been described as an accident waiting to happen from the moment they were unveiled. At Haymarket, along Princes Street, and particularly at Shandwick Place where this tragedy took place, cyclists are forced to mix with traffic as they negotiate the tracks, often without the space to cross the rails at the prescribed 90-degree angle.

“As a result, hundreds of cyclists have been injured from falls on the tracks, and thousands more have had close shaves, putting many off cycling those roads at all.

“This is a sorry record for a city that aspires to be the most cycle-friendly in Scotland. We should not have had to wait for a young woman to die for there to be ministerial action, and a review. This should have been tackled right from the start when the trams were put in and the alarm was first raised.”

It added that the vigil on 7 June “will be a short, respectful protest at the junction where she died, reflecting the emotion that has bubbled up in the days since this senseless death,” adding that “we fully support this action and ask anyone who can to come and join them, on bike or on foot, and whether you cycle or not.”

Local cycling campaign group Spokes has produced a comprehensive review of what it sees as the problems associated with cyclists negotiating the tram tracks, including suggestions of how they can be made safer for people on bikes.

It said: "The tragic death of Edinburgh University medical student Zhi Min Soh at the West End junction has highlighted the dangers of tramlines and of that junction for people getting around by bike.

"Spokes, along with every traveller, is distressed at the dreadful death of someone making the kind of journey we all make every day, only to be caught in a road crash tragedy. Our thoughts are with family and friends."