21 August 2020, 15:45
Cycling banned on Hampstead Heath because of coronavirus

We're very much looking forward to an explanation for this one...

It's all go this afternoon.

The INEOS Grenadiers are excited to announce the signing of @AdamYates7 on a two-year deal. 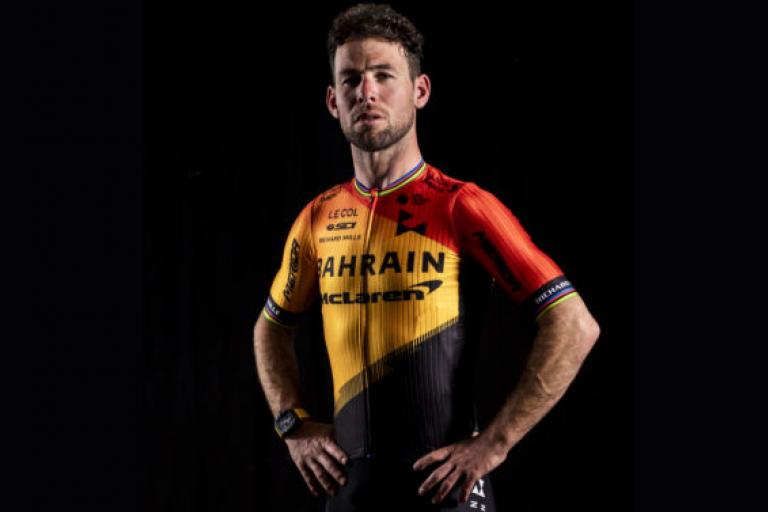 No Cav at this year's Tour

Mark Cavendish will not be racing the Tour de France.

We're proud to reveal our squad for the @LeTour.

Speaking in May, team principal Rod Ellingworth -  who coached Cavendish as a teenager as he came up through the British Cycling system and later masterminded his 2011 road world championship victory - said: “He doesn't have automatic selection and he doesn't want it.

“He doesn't want it just handed to him. But we made an agreement that if he was winning races that would be enough to go to the Tour.

“Unfortunately that changes, and with so little racing beforehand it cuts his chances of being able to prove he’s back at a decent level.”

Imagine having to write that insurance claim…

This film was made for MR PORTER Health In Mind, an initiative dedicated to helping men lead happier lives.

In the film, Cerrone wears a jersey from MR PORTER’s collection from Rapha. All net profits from the sale of this collection will be donated to MR PORTER's Health In Mind fund, powered by Movember. 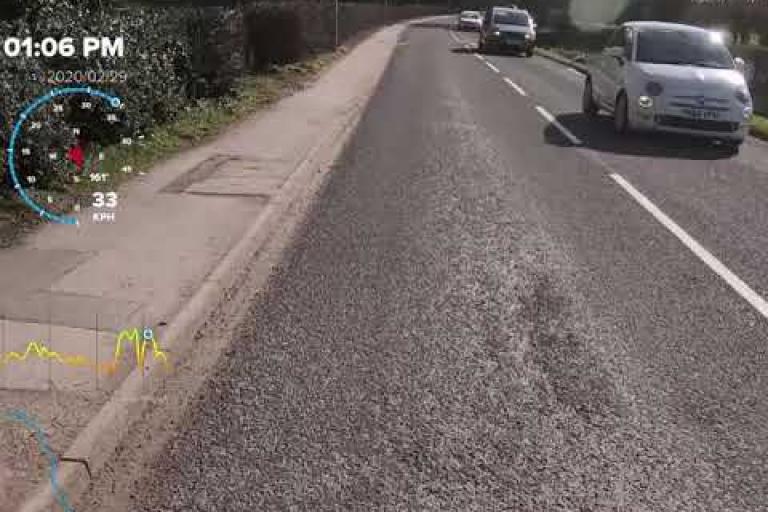 Near Miss of the Day 459: A close pass that bucks the usual trends

Our regular series featuring close passes from around the country - today it's Lancashire
38
21 August 2020, 14:24 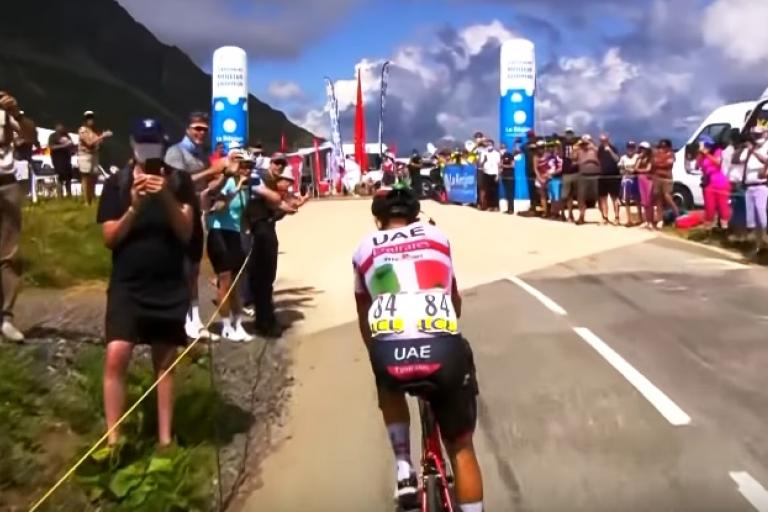 L’Equipe reports that Christian Prudhomme, the director of the Tour de France, has a simple message for those intending to attend the race at the side of the road this year.

“For the spectators, on the road, there is clearly no question. I love cycling, I love the Tour. Common sense indicates that you have to wear a mask, even if the formal obligation to do so depends on the prefects of the 32 departments the race passes through.”

Speaking earlier in the month at the Route d'Occitanie, Trek-Segafredo’s Julien Bernard had observed: "People do not realise that when they come to shout to encourage us from 40 away, there is a risk."

Two of the riders suffered life-changing injuries when Jason Morgan hit the group of four head-on last year
18
21 August 2020, 13:35
Yet another reminder that cycle lanes are HELPFUL for the emergency services

An ambulance in London today demonstrating that protected cycle infrastructure can be helpful for emergency services. Unlike cars sitting in a jam, people on bikes using the lane were able to easily move out of the way for it pic.twitter.com/XT2e5sSAH9

The Watford Observer reports that Ben Foster has praised those who took part in bike share firm Beryl Bikes’ ‘Ride for Watford’ campaign after it raised over £2,800 for the town’s Covid appeal.

Every trip on a Beryl Bike in a two-week period saw 50p donated on the rider’s behalf to the Watford Helps Covid-19 Charities Appeal.

In just over 2 weeks Watford riders have cycled 18925 km & raised £2806 for the @WatfordCouncil - Watford Helps COVID-19 Charities Appeal!
THANK YOU to our partners @plmcentral for their generous donation & every rider that participated in reaching this goal 🎉#RideForWatford pic.twitter.com/Ck5MHhmCbX

“I’d like to offer a massive thanks and congratulations to those who got behind this unique and worthwhile campaign to help vulnerable people in Watford,” said Foster.

“Your efforts will go a long way in making a real difference to local charities that are working to get vital money to where it is needed most.

“Cycling is a great passion of mine and I hope this initiative has spurred on residents of Watford to take more journeys by bike where possible.” 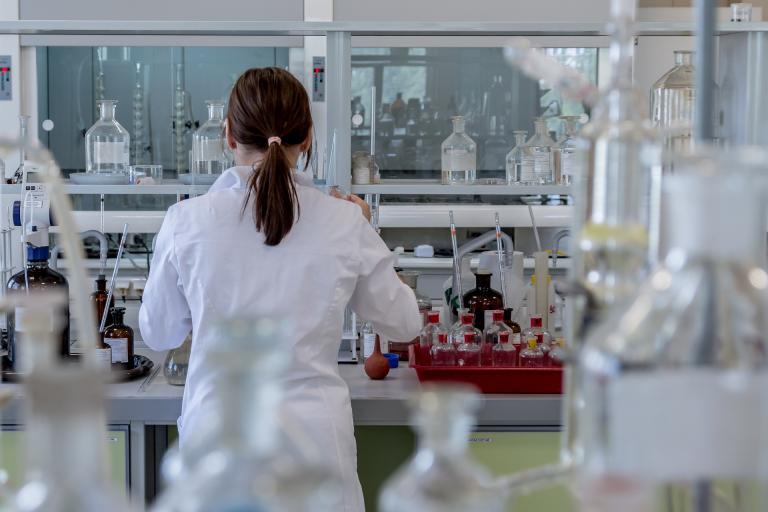 AG2R's Larry Warbasse has tested positive for coronavirus. He was symptom-free and tested as part of the systematic monitoring of riders and staff.

Warbasse is the second AG2R rider to test positive for the virus after Silvan Dillier was withdrawn ahead of Strade Bianche at the start of the month.

Warbasse's last race was the Tour of Lombardy last Saturday. The team says it has decided to take precautionary measures following the test result.

Earlier today we reported how teams who report two positive coronavirus cases will be removed from the Tour de France. This will only apply to riders within the Tour 'bubble' from August 23, however, and so does not apply to Warbasse's test.

21 August 2020, 10:32
Your feelings on South Yorkshire Police's response to the attempted theft

We're not entirely sure. It's very subtle. Do we detect just the very faintest whiff of broader cynicism in your comments about the police response to the attempted theft from Giant Store Sheffield?

“A verbal dispute turned physical over what appeared to be a disagreement of the need for a Winnetka beach pass,” said police about an apparently racist incident in Illinois where a woman confronted three cyclists who she didn’t feel should be allowed on a public pier.

Otis Campbell told the Chicago Tribune that he, his cousin and a friend had just finished a 15-mile bike ride at Winnetka Pier when Irene Donoshaytis approached them and asked them for their passes.

“She says, ‘This is America. This is America, you can’t do this. I’m from Winnetka. You need to go back where you’re from,’” he said.

She then went over to the Winnetka Park District attendant monitoring the beach to take the matter up with her.

The attendant told her that while the beach was private, the pier was public. Donoshaytis asked her to call her manager.

In a video shot by Campbell, she can be heard saying, “It’s not public. For people who live in Winnetka and we pay for it.”

charged a racist a #Karen today in Winnetka, IL. after she racially profiled us. note, this is after she aggressively told us to leave because we weren’t allowed on the public peer without “parking passes”. #KarensGoneWild #KarenOfTheDay @NewsClapper https://t.co/cRvipRntRU pic.twitter.com/Cc2JVMrTOX

When Campbell laughs, she says to him, “Are you crazy? What, you want to kill me? No? It feels like it.”

“Why would I want to kill you? Is it because I’m black?” asks Campbell.

At the point at which the video ends, Campbell says Donoshaytis hit his arm twice, leaving a bruise.

Winnetka police arrived and Donoshaytis was arrested and charged with battery.

Campbell believes that based on her comments, Donoshaytis’ charges should also include hate crimes.

He also said that he was disappointed that responding officers didn’t approach him first but instead went to Donoshaytis to see if she needed help.

“It’s not saying that they didn’t do their job right. It’s just showing the world that this is an extremely toxic place when it comes to race,” he said.

What appears to be the start of the confrontation was caught in a video shot by someone else.

This is just some tri-dimensional bullshit,I feel like I've just entered the twilight zone. Fucking feral cave ass beast melanin deficient Russian Karen bothering Black People relaxing on a pier in Winnetka/Illinois asking them for a pass even tho they have bicycles,retarded💩🥴 pic.twitter.com/5EhAvFL035 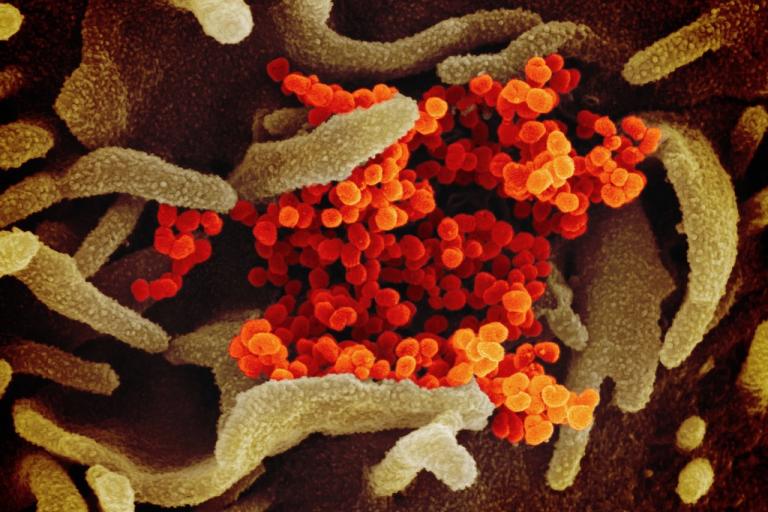 Reuters is reporting that two positive coronavirus cases within the same team will result in the whole team being removed from the Tour de France.

“The measure was announced to us at the Criterium du Dauphine,” said one sports director, speaking anonymously because the policy has not yet been officially announced by Tour owners Amaury Sport Organisation (ASO) which declined to comment on the story.

Tour director Christian Prudhomme said yesterday that a rider testing positive for coronavirus would be required to isolate, along with his roommate – but he said this would not lead to the abandonment of the whole race.

Riders will be tested for the coronavirus twice before the race starts and there will also be a mobile testing lab.

At the start of this month, Sylvan Dillier of the AG2R La Mondiale team was withdrawn from the Strade Bianche start list following a positive coronavirus test.

Dillier questioned the test result, saying: “I am the healthiest person in the world. I have had several tests in the past few days and they were all negative. Even with a blood test, all values were good.”

More recently, Astana’s Hugo Houle had to sit out the Tour of Lombardy following a positive coronavirus test.

We reported on this yesterday.

There are only ~20 people in that massive queue. Shows how wasteful private car use is. https://t.co/4NQhyDgoTB 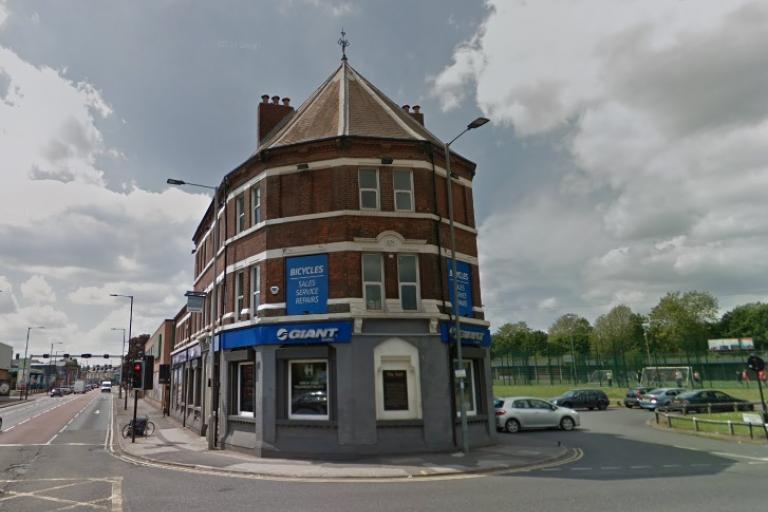 A Sheffield bike shop hit twice by the same thief in 10 days say they are bewildered at the lack of action by South Yorkshire Police after they ‘virtually handed the case on a plate to officers’.

The Star reports that CCTV cameras at Giant Store Sheffield twice captured footage of the same man trying to steal a carbon mountain bike worth £4,000.

After cutting a hole in the fire door with an angle grinder at around 4am on July 6, the man was unable to dislodge the bike from its stand and fled with the alarm ringing.

He returned on July 16 but was unable to get in because of enhanced security measures.

Both incidents were reported to South Yorkshire Police along with a clear CCTV image of the suspect’s face and the registration plate for a white VW caddy van he was seen driving.

South Yorkshire Police say it is an active investigation, but business owner Chris James – who says he has spent at least £5,000 on repairs and improving security – doesn’t feel enough is being done.

“We feel absolutely amazed and bewildered. The heartache and the damage caused, the worry of being attacked again has been horrible.

"I can’t believe we have done so much to give the police information to hopefully sort the criminal out and it just seems to have been ignored and not acted on.”

A South Yorkshire Police spokesperson said: “This is very much an active investigation. Officers conducting enquiries have carried out extensive CCTV trawls to identify the suspect and locate the vehicle involved.

“We have kept in regular contact with the victim and kept them updated of all developments since the initial report was made. Burglary enquiries can be lengthy but we will always try our best to ensure those responsible are brought to justice and our victims are supported.”

However, store manager Andy is unimpressed.

An officer told him police had identified a suspect and invited him to attend a voluntary interview – but later cancelled it due to other priorities.

"It’s just been a farce,” said Andy. “Trying to get some progressive communications off them has been very, very difficult.

"We’re concerned it could be a weekly thing because our industry, over the last three months, has been massively successful.”

He added: “We did all the investigation work. The frustration we feel is at any time this guy could come back and have another go at us.

"We’ve been left out on a limb. You just feel the police aren’t interested. Enough’s enough, we are incredibly frustrated.” Why protestors D-locked themselves to Regent's Park gates yesterday

Yesterday we reported how protestors enraged at motor traffic in the park had D-locked themselves to the Regent's Park gates.

Here's an explainer on why they did that.