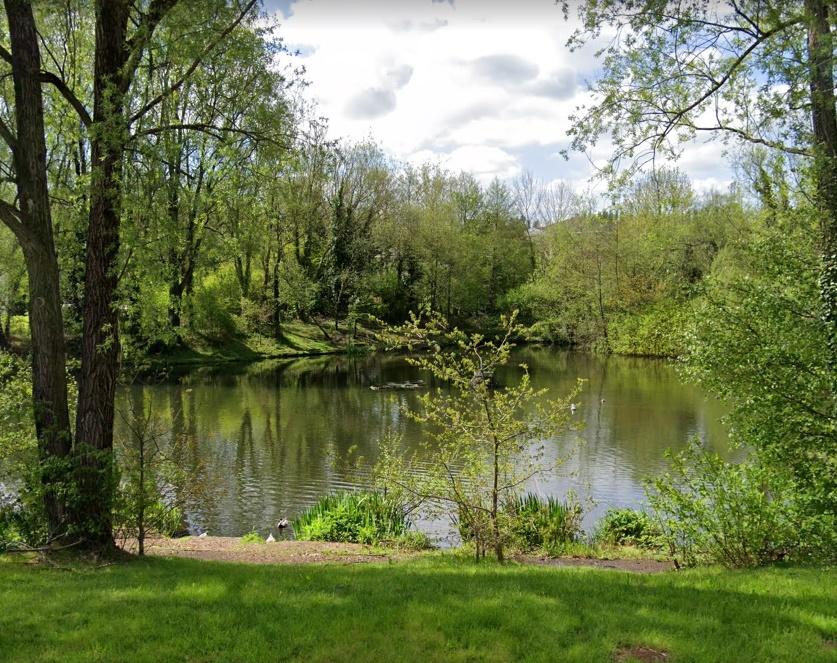 When traffic engineers put up a 'road closed' sign, this is what it really means! 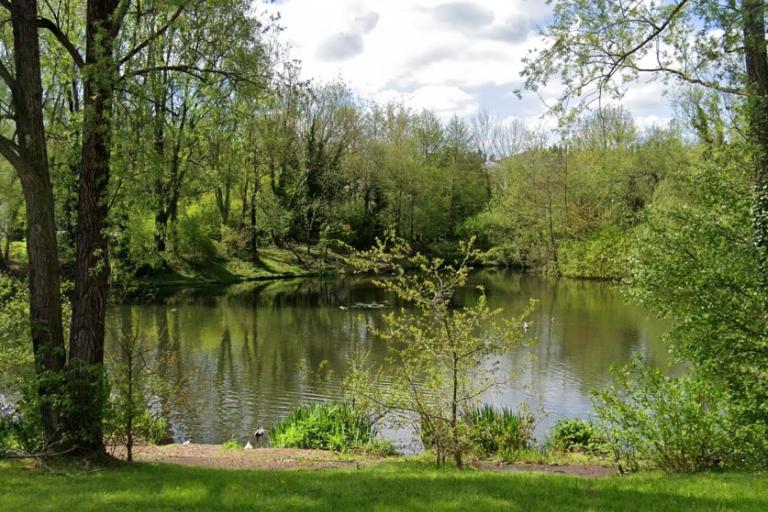 Welsh cycle café plan rejected due to lack of parking

"Most of the people wouldn't be driving to the cafe; they'd be walking or cycling. I am extremely disappointed by this decision,” said applicant Kelly Eroglu about the rejection of her plan for a cycle cafe at Llantarnam Lakes in Cwmbran, Torfaen.

The proposed coffee shop would be housed in a steel container with bike racks outside.

There’d be a kitchen area, a toilet and a seating area with tables and chairs.

The proposal also includes plans to use the café for a wellbeing course for vulnerable teenagers.

Speaking in support of the development, Alan Slade, who represents Llantarnam ward said: "This coffee shop would provide an attractive destination and would provide somewhere people would want to walk and cycle to.”

Councillor Stuart Ashley countered: "It's not a natural cycle route. It's ponds for fishing."

The BBC reports that while the council's highways team accepted people would walk and cycle to the café, they thought a number would arrive by car.

They then concluded that the marathon 360 metre walk between the cafe and the staff car park was too far.

Eroglu will be appealing the decision. 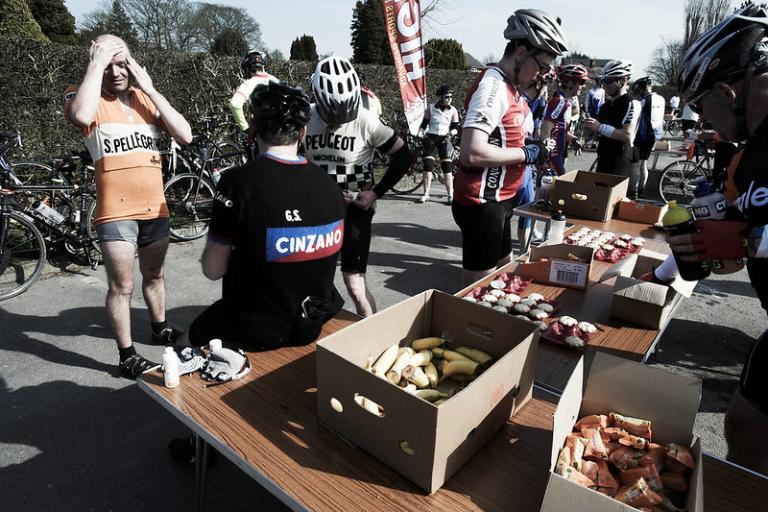 It seems the firm is now asking users to provide driving licence details.

They are being used though. The trial only started in July with 100 scooters.

Ginger now checks your driving licence - and reveals that riders have already covered 15,000 miles on its black-and-orange scooters in Middlesbrough. pic.twitter.com/sB1uy4TsXX 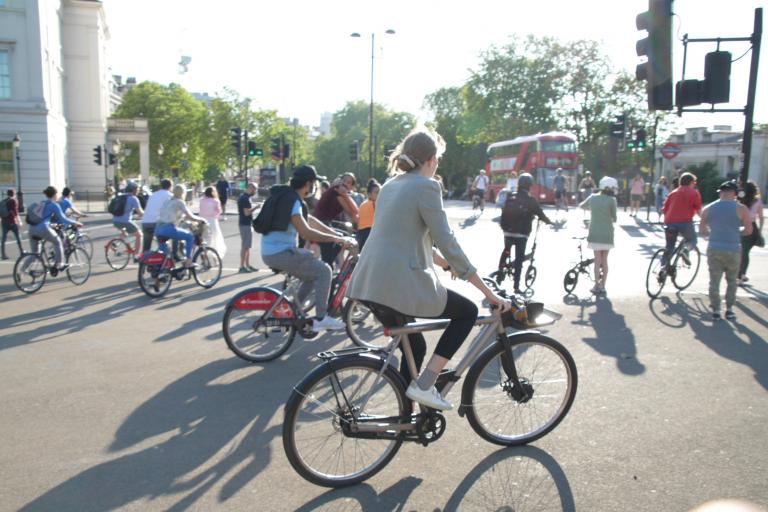 Maybe all those people and vehicles gave him the edge.

Or maybe he'd have won anyway. He has been quite winningy of late.

20 August 2020, 13:47
Belstaff becomes the official outfitter for the INEOS Grenadiers

Ineos have owned clothing brand Belstaff – who are most closely associated with motorcycling – since 2017.

Last month Belstaff became the official outfitter of the Grenadier, the new 4x4 from INEOS Automotive.

Creating something of a brand soup, this relationship has now also extended to the cycling team that, as of the Tour de France, takes its name from the vehicle.

INEOS Grenadiers CEO Fran Millar said: “Belstaff is an iconic British brand who have a long and rich pedigree in racing. Belstaff is already providing the clothing for the Grenadier, so this was a natural progression as we begin to race as the INEOS Grenadiers for the first time.

“We look forward to developing the partnership as we work on future collaborations that are built for purpose – a British racing heritage brand supporting the needs of a modern day racing team.”

Who’s up for some photos of pro cyclists looking faintly awkward because they’ve been asked ot model clothing that isn’t made out of Lycra?

We are pleased to announce that British racing heritage brand @Belstaff will become the official outfitter for the INEOS Grenadiers.https://t.co/PWqjUHtx4b pic.twitter.com/LvNgyqitlt

An opaque campaign group pushing for the removal of the Oval Low Traffic Neighbourhood (LTN) has claimed that the London Fire Brigade has safety issues with the scheme.

Brixton Buzz reports that OneOval – supposedly “an apolitical volunteer network of concerned residents” but of somewhat opaque membership – has this week released a press statement saying that London Fire Brigade have questioned the ‘rationale’ for the Oval Triangle LTN.

The release states that one fire service representative expressed concern about access to sites in the LTN area.

However, Save Oval Streets – which comprises residents associations in the area – says this is grossly misleading.

Save Oval Streets points out that all emergency services concerns were immediately addressed by Lambeth Council and that the design of the LTN was in fact altered to take into account the views of the fire, ambulance and police services.

Councillor Claire Holland echoed the comments of Save Oval Streets.

Completely irresponsible from One Oval spreading fear through misinformation. You might not like emergency LTN but at least discuss it honestly.

I wonder why they didn't release the full email exchange to @brixtonbuzz? Maybe because the emergency services signed them off? 🤦🏼♀️👇🏼 https://t.co/Lbmj0kMM0V pic.twitter.com/2FkLZr9X2T

There is a growing campaign for Regent’s Park to be closed to rat-running motorists.

Looks like some people are so upset about ongoing inaction of the Crown Estates Paving Commission, who are refusing to tackle motor traffic in Regent's Park, they're taking direct action. Parks should be for people, not through motor traffic. #CloseTheGates @Lungs_of_London https://t.co/dJwnfZE1I0

A protest is planned for September.

Keep Saturday 12th Septmber free. It’s time to show the CEPC that @theroyalparks Regent’s Park is for People, not for through traffic. For too long, the CEPC has pandered to a handful of rich residents, but now we want our park back! #pollution @livingstreets @MumsForLungs pic.twitter.com/v4BPLSSnNB 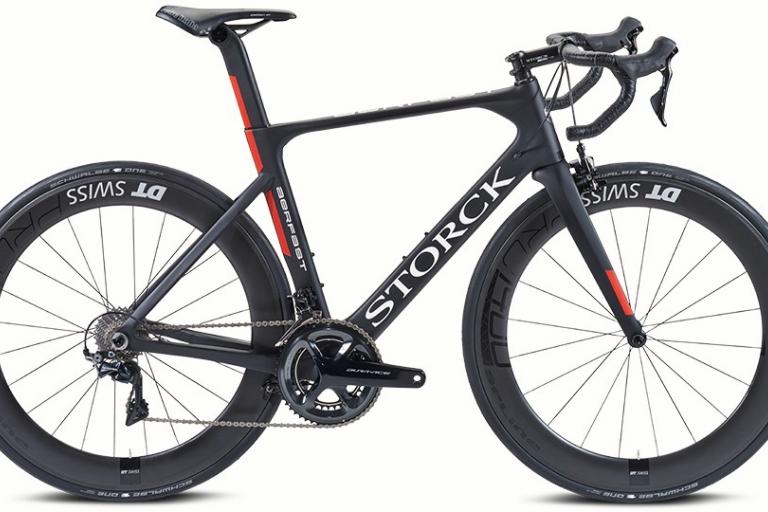 Cycling Industry News reports that Storck Bicycle founder, Markus Storck, and Decathlon have both sold 25% stakes in the firm to Stefan Lohwasser.

Storck and Lohwasser have consequently become equal partners in the business.

Lohwasser said: “Storck enjoys the highest reputation in the industry. Thanks to progressive innovation, timeless design and high quality, the brand has managed to develop an unmistakable image. I am therefore very happy to join the well-established company and to shape the growth story together with Markus Storck.”

Markus Storck said: “In Stefan Lohwasser, Storck has gained an active, future-oriented partner. To shape the company together with him is an enrichment for the whole team. I would like to thank Decathlon for ten years of trusting cooperation and look forward to further mutual successes.”

I reckon FDJ became my favourite team yesterday. Look like a bunch or mates who are just stoked on getting round a local crit. Haha it’s so nice. https://t.co/ogSHUF740a

20 August 2020, 09:53
How many people, cars and trucks does it take to support a time trial national champion?

No joke. Wout van Aert's defending his Belgian title today and this is his support team.

Mitchelton-Scott say they have selected a team of “opportunists” for the Tour de France.

“The selection comes after the team identified stage wins as its primary objective for the first Grand Tour of the season following its successful four-stage haul in 2019,” the team said in an announcement.

This rather implies that Adam Yates won't be looking to compete in the general classification. Unless they're having us on.

Sports director Matt White said: “This year has not been a normal one by any stretch of the imagination but the team is focused and ready for the challenge.

“We are very happy with the mix of experience and talent we have available for this year's race. This is a very complete group across all terrains.

“Last year was an incredible race for the team and we will continue in the same vein of targeting stage wins throughout.

“One thing for sure is we won't be leaving France without giving our all and making our fans and sponsors proud of the way we take on the world.”

“We are very happy with the mix of experience and talent we have available for this year's race. This is a very complete group across all terrains." - Head DS, Matt White 🎙

The Dutchman suffered a nasty crash during the recent Critérium du Dauphiné and his injuries are more significant than initially thought.

Thank you for your thoughts in this difficult time. https://t.co/8ieetL8Wjv 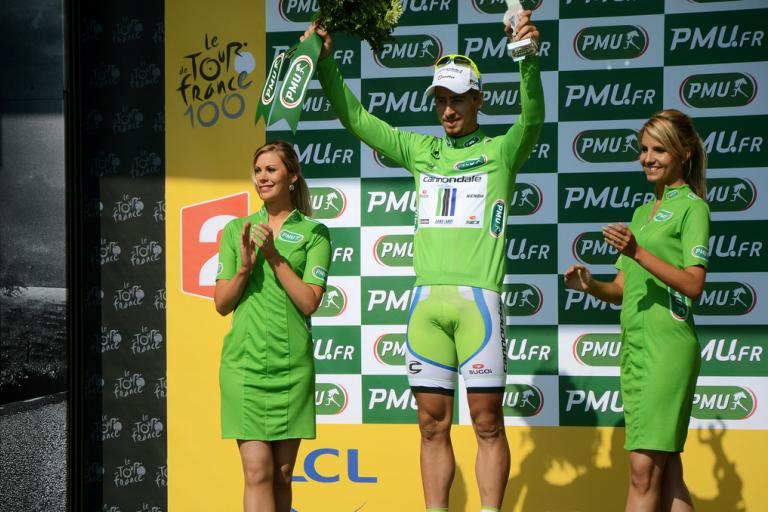 This year it will be a man and a woman presenting jerseys on the finish podiums at the Tour de France, rather than two 'podium girls'.

Europe 1 reports Tour director Christian Prudhomme as saying: "You used to see the winner surrounded by two hostesses, with five dignitaries on one side and five representatives of the sponsors on the other.

“Now it will be different with only one dignitary and one representative of the yellow jersey sponsors, as well as a hostess and a host for the first time.”

He pointed out that while such a balance would be seen as ‘new’ for the Tour de France, “we have already been doing it in other races for 20 years, as in Liège-Bastogne-Liège."