It's Tuesday and Dan Alexander will be rounding up the best bits from the cycling world on the second live blog of the week... 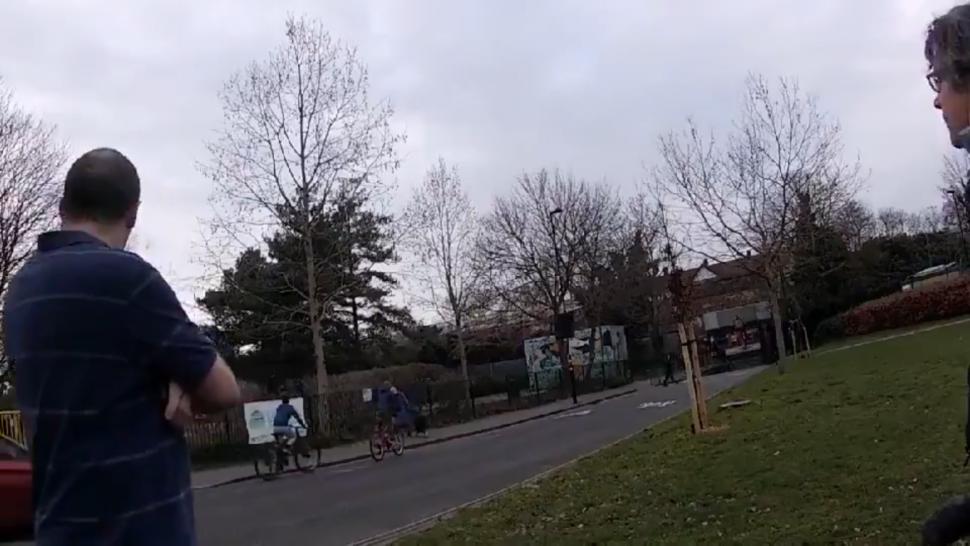 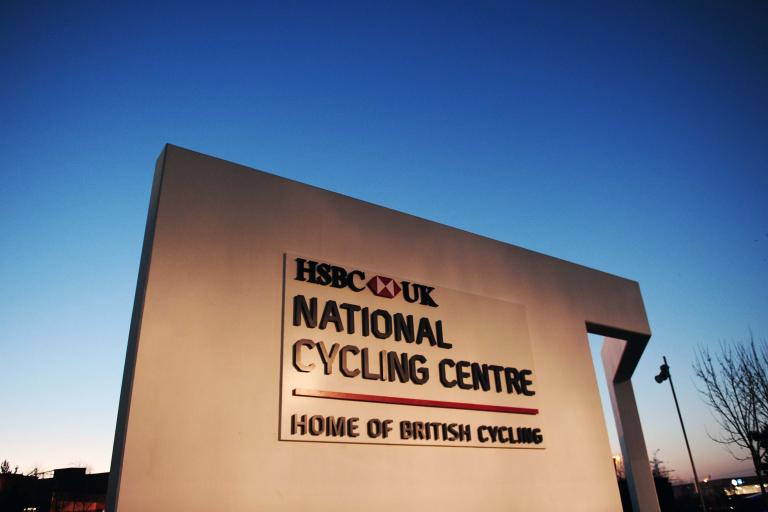 Dates remain subject to change, with governing body warning of “uncertainty” over a number of issues
6
09 March 2021, 17:43
Lightest disc wheel in the WorldTour carries Stefan Bissegger to victory at Paris-Nice 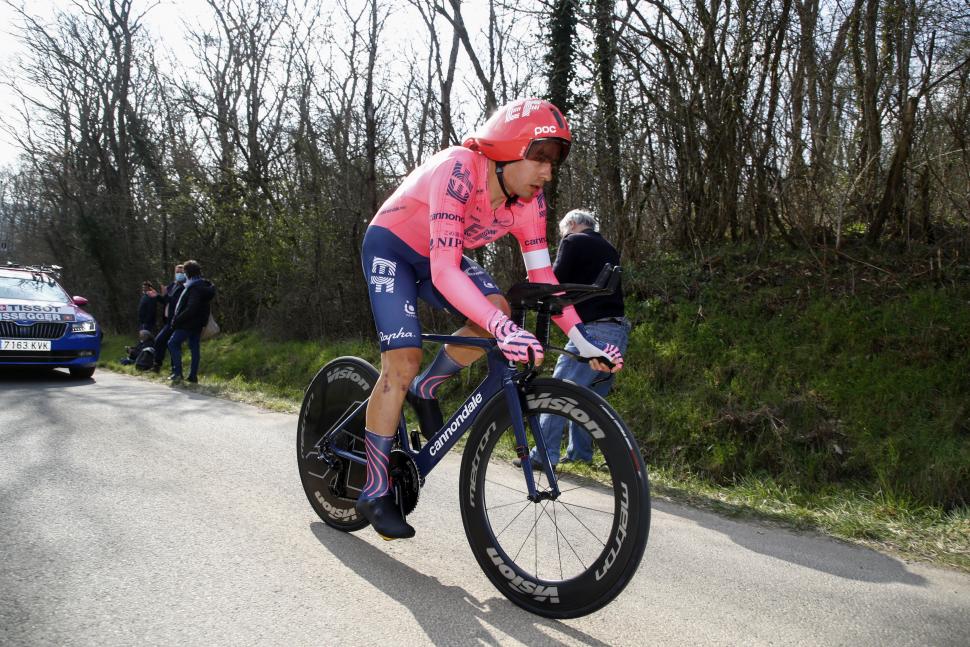 Stefan Bissegger was carried to victory aboard his Cannondale TT machine this afternoon. The team are using the brand new Vision Metron TFW tubeless-ready wheel for time trials this year, which is the lightest disc hoop in the WorldTour according to Vision at just 969 grams. Vision says the wheel even uses ultralight paint that weighs just 4g, and has "special chemistry" to improve aerodynamics. Pretty handy on that steep ramp to the line then...

Team boss Jonathan Vaughters took to Twitter to say the Swiss rider also has the lowest CdA of any rider the team knows. That's his drag coefficient to you or I, which basically means he's more aero than a bubbly mint chocolate bar. One to keep an eye on.

For tech nerds: Bissegger has the lowest CdA of any rider we know of. 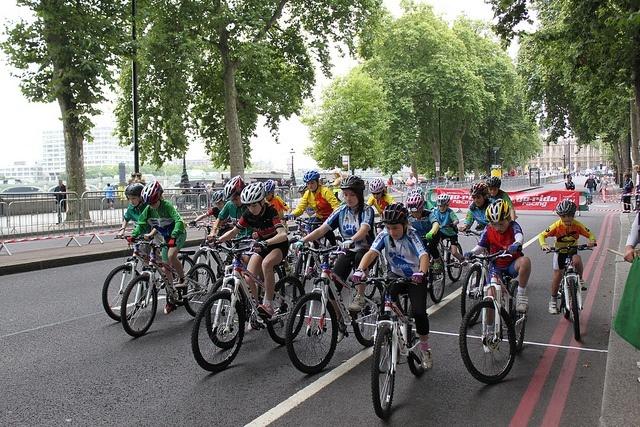 British Cycling has announced the provisional dates for when their activities can resume, with the return coming in stages on the same dates outlined in the government roadmap out of lockdown. From March 29, British Cycling-affiliated club rides and recreation programmes with up to 15 patricipants can resume as well as outdoor club, local and regional competition and challenge events, such as sportives. Indoor regional disability competition and under 18s competition can also resume.

From April 12 at the earliest, outdoor regional and some national competition and challenge events across a range of disciplines, including pilots for road racing and mountain bike events can start up again.

After May 17 it is hoped that recreational group and club rides of any number, coach-led club training and coaching indoors and outdoors as well as indoor regional and national competition for all ages will be able to resume.

Beyond June 21, in line with the government roadmap out of lockdown, all activities can resume, subject to any further restrictions.

I know what I’ll be eating on cheat days 🍕🤩 Super happy to announce that I’ll be the new ambassador for @PizzaHutbe !https://t.co/QJ1mgdFV6V pic.twitter.com/vNRvI40FMn

That's it right there. The single best thing about being Remco Evenepoel. Forget the race wins and potential, a Pizza Hut sponsorship is enough for me. The 21-year-old is the brand's new ambassador in Belgium and they clearly think a lot of him describing the Deceuninck-Quick-Step wonderkid as a "young cycling god".

The brand's CEO in Belgium, Stef Meulemans said: "Pizza Hut likes to identify with world leaders; we only enter into partnerships with ambassadors in whom we really believe. We have every confidence that in the coming years he will become the Belgian cycling phenomenon.

"Remco Evenepoel is a top athlete with enormous focus, passion and ambition. But everyone needs moments of relaxation. It's important to find a balance between a healthy lifestyle and pampering yourself every now and then."

The big question is just how much pizza will Remco get to stuff in during the off-season? Let's hope nobody tells Patrick Lefevere.

Had a chat with a BBC reporter about Fishers Lane.

Even as we stood there a driver passed the restriction sign & overtook 2 children cycling there..
in a place that is supposed to be car-free!

Yet if the driver is fined, that's who some feel sorry for.

How messed up is that?! pic.twitter.com/ib4k1sDLBQ

Fisher's Lane in Chiswick is meant to only be used by cyclists and buses, however, from Drew White's thread it's clear that many motorists ignore the signs banning cars from using the cut through. In a perfect piece of timing, just as he was speaking to a BBC reporter and cameraman about the problem, a driver demonstrated his concerns for him by ignoring the no cars sign and overtaking two kids riding their bikes. Drew also highlighted that the problem goes beyond cyclists and also affects parents and children crossing the road from a playground nearby.

Last month the Chiswick Herald reported that Fisher's Lane had become one of the most profitable traffic cameras in Britain with Ealing Council issuing 3,348 PCNs for drivers ignoring the restrictions in the first eight weeks of the scheme.

The reporter asked "is it right a council can make so much money here?" - I commented that there shouldn't be all those fines to collect!

And it's not just cyclists it affects, it's parents crossing from the playground..
and, even in the report, this man trying to cross the road pic.twitter.com/wxpaZ1Nnrm

I didn't choose this as a safe cycling route, or have a say in how it was implemented or enforced.
But I should be able to use it without close-passes & tailgating.

Do drivers really not see the signs?

Or just check for a camera car before deciding whether to drive through? pic.twitter.com/xlcPkVkiLB 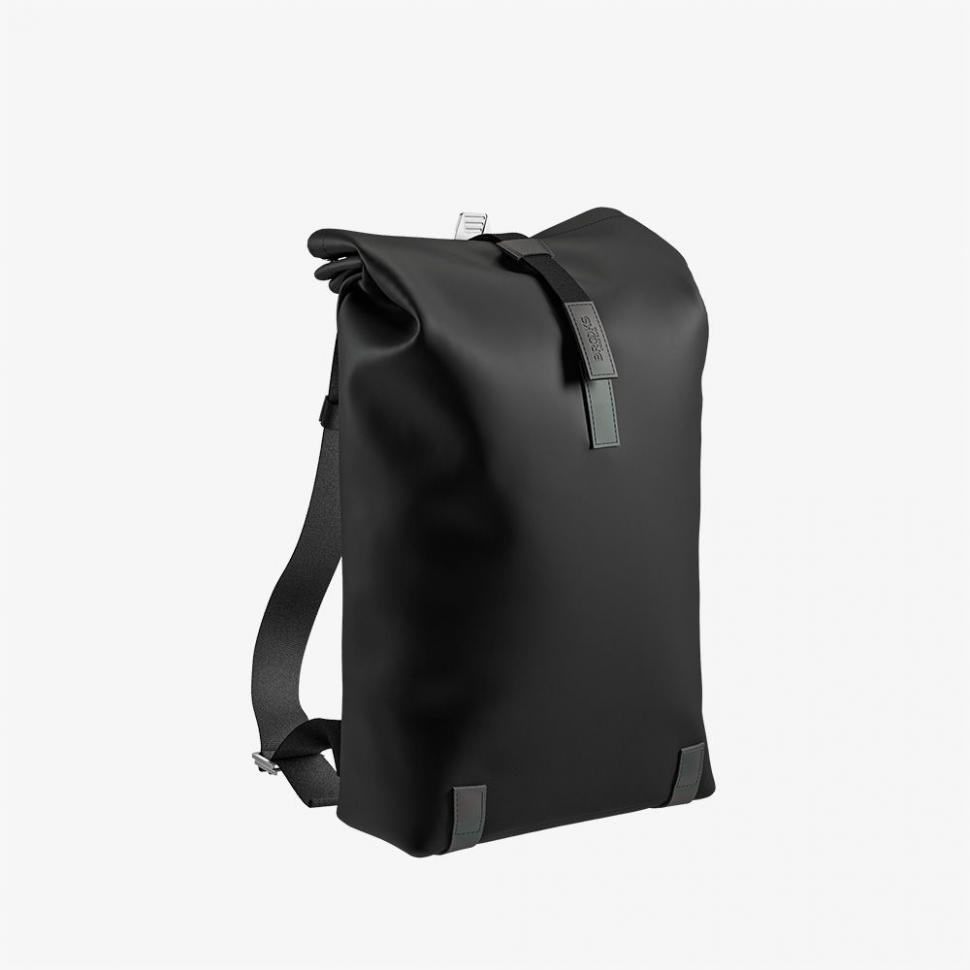 Brooks has a new model of its Pickwick backpack made from repurposed remnants of textile stocks. The top roll backpack features a 13-15inch padded laptop pocket and is made from water-resistant cotton to keep your belongings safe and dry. Aimed at city commuters and casual tourers, the new Pickwick model has an expandable capacity and aims to be easily adjustable.

Nex-Gen has released a new Super Sealant for tubeless tyres that is non-polluting and high performance. Designed specifically for higher pressure, lower volume road and gravel tyres it seals holes up to 5mm.

Vizirider's new LED cycle wear aims to help cyclists stay visible while riding at night. The jacket has 12 LEDs, six white on the front and six red on the back as well as reflective panels and is charged via a removable USB battery that lasts up to 20 hours... 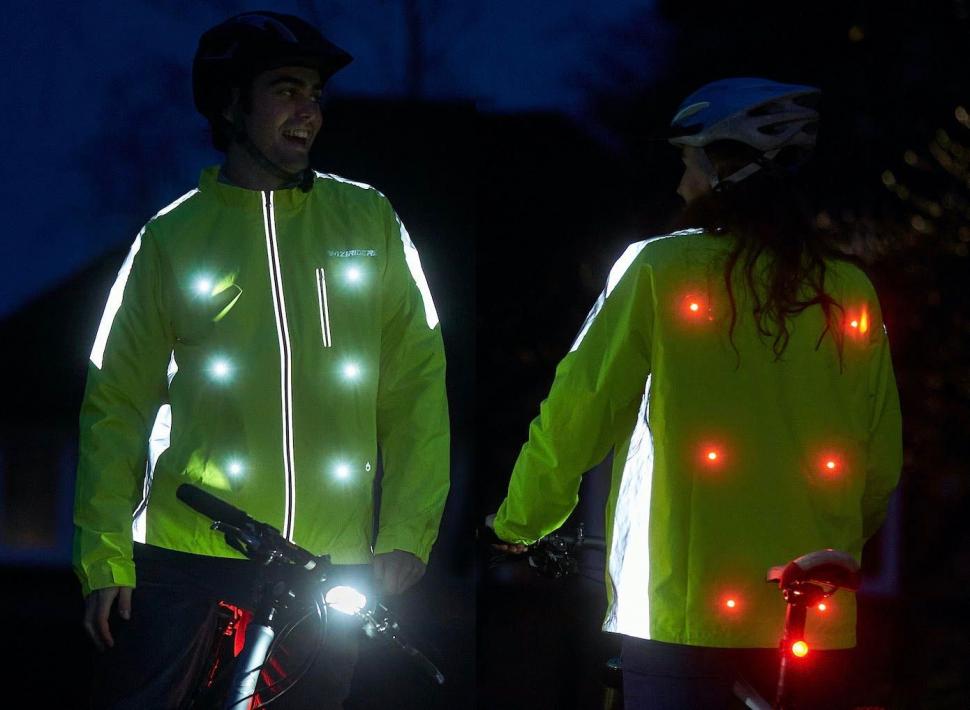 EF Education-Nippo's 22-year-old Swiss rider Stefan Bissegger earned his first WorldTour victory during this afternoon's individual time trial at Paris-Nice. Bissegger pipped Rémi Cavagna by less than a second on the rolling 14km course around Gien. Rohan Dennis had set the best time of the early starters, before he was ejected from the hot seat by Søren Kragh Andersen who was in turn bested by GC favourite Primož Roglič. Cavagna looked to have done enough to win Deceuninck-Quick-Step their second stage of the race before Bissegger powered up the final climb to nab it. An impressive late time by Brandon McNulty was enough for fourth place for the young American.

Race leader Michael Matthews was 17th, 23 seconds down on Bissegger, who will wear the yellow jersey tomorrow. Roglič is the best placed of the race favourites, six seconds behind.

Questions have been asked about the UCI's concussion protocol after Jumbo-Visma rider George Bennett was allowed to continue on yesterday's second stage of Paris-Nice despite suffering a fall. The New Zealand national road race champion's helmet snapped during the crash with ex-pro David Millar describing it as "completely unacceptable" for Bennett to continue.

So George Bennett crashes hard, smashes helmet, clearly dizzy and not jumping back on bike BUT allowed to get back on bike with what appears to be no check from race doctor! What happened to the @UCI_cycling concussion protocol? @ParisNice 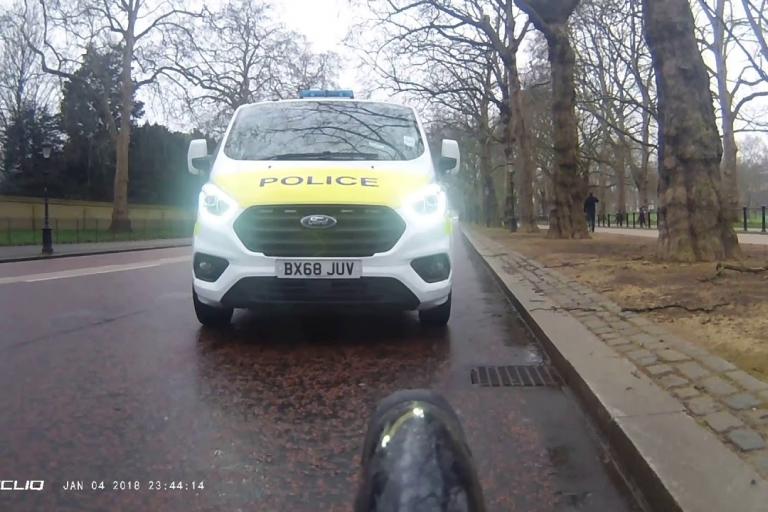 Near Miss of the Day 554: Cyclist “surprised” after police officer who pulled out in front of him does u-turn to lecture him (includes swearing) 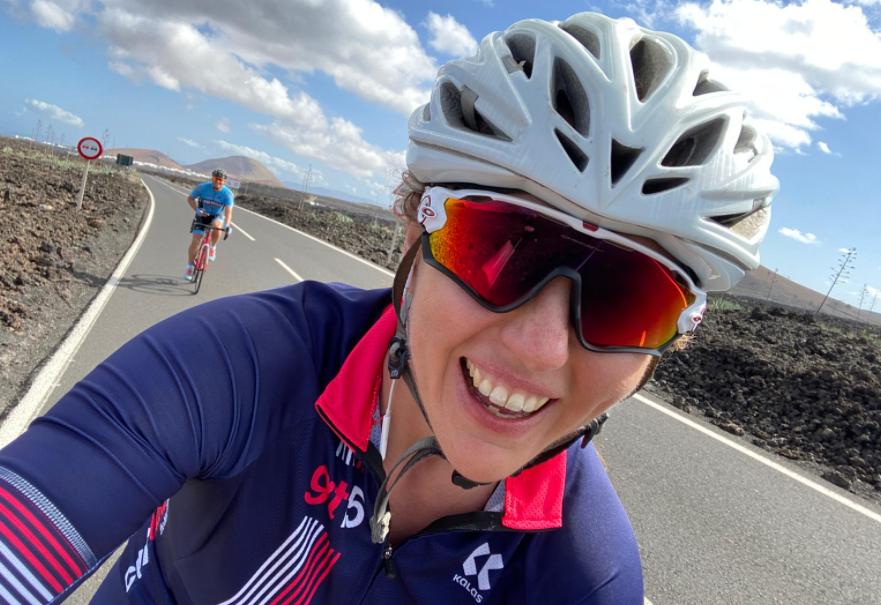 Sarah Hope believes she can inspire more women to get into cycling by taking on The Tour 21 event this summer. Along with former England footballer Geoff Thomas and 23 others, Sarah will take on the full Tour de France route, one week ahead of the professionals. She is the only woman on the team this year but has already inspired 29-year-old Nicole Perry from London to sign up for next year's event. The riders are hoping to raise over £1 million for blood cancer charity Cure Leukaemia and will need to ride 3,384km to complete the full Tour route.

The penultimate stage of the rescheduled Women's Tour will run from Colchester to Clacton. Race organisers SweetSpot hopes the race will be able to go ahead in a revised spot on the calendar in October, with the latest stage to be announced scheduled for Friday 8 October. It will be the first time the Women's Tour has visited Colchester and will showcase the Northern Gateway Sports park, a new 76-acre multi-use venue featuring a one-mile closed-road cycling circuit. The town will also host the Grand Depart in June 2022. Clacton last hosted a stage finish at the race in 2015 when Jolien D'Hoore won the bunch sprint pictured above.

Phil Gaimon, the former pro rider and now full-time YouTuber with a passion for hunting down Strava KOMs and Everesting records, has been providing us all with the Oprah interview memes...On Friday he predicted the big twist would be Harry admitting to using EPO...Today he's picked out the key moment we must have missed. Harry giving Oprah the full low-down on Mathieu van der Poel's Strade Bianche performance...

Team BikeExchange has become the second WorldTour team to commit to paying their female riders the same minimum salary as the men. In January, Trek-Segafredo made the same promise. New signing Teniel Campbell told The Cycling Podcast it is a positive step forward for women's cycling.

"Now I can support my family back home and I can invest in my future. It is really good. we put in the same amount of work as the guys, we are dedicated and committed just as much as the guys. We put our life on the line like them, so it's a really good thing. Hopefully, next we'll see more live broadcasts so my family can watch the races more. I think everything is heading in the right direction," she said.

"This is a private road sunshine, it belongs to Horsham District Council" pic.twitter.com/UrXMOomEn6

It's always nice to see the "anti-social grandpa" as he's been dubbed online, get done over by some kids armed with basic facts. Also good to see it isn't just cyclists who get the 'you don't pay to ride on roads' treatment. When I say good, obviously I mean incredibly boring and incorrect...

Perhaps most bizarrely the man argues: "It is a private road sunshine it belongs to Horsham District Council" and that cyclists aren't allowed on the road either. Right on cue two cyclists roll past the man's front door...

Prominent transport journalist Carlton Reid shared the video commenting: "Anti-social grandpa wrong on everything in this vid, including the fact a car licence pays for road use. Good on the socially responsible kids."

Mark Treasure came forward to say he had a run in with this man too and that in his case he was upset about him riding on the roads. Have a read of the other baffling interaction...

Amazingly enough (or... perhaps not that amazingly) this is exactly the same man who told me off for cycling past this very same house. https://t.co/ZaO7DjCC1g