Insulate Britain confirms protesters sat in major London bike lane to stop motorists using it; Cav calls fan with Manx Missile tattoo; What does it take to be a pro?; Marginal pains; Belgian beef; Follow the sign; Pic of the week + more on the live blog

Hope everyone had a nice weekend...it's time for another week of live blog action, starting with Dan Alexander in the hotseat... 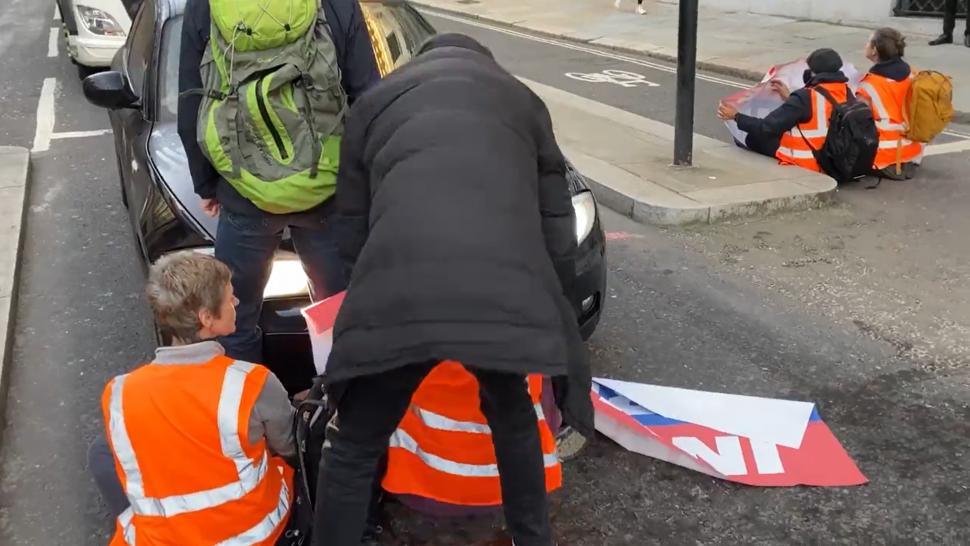 You see what I did there? Possibly, possombly? I can see the tumbleweed rolling across the live blog. Don't all have a go at once... 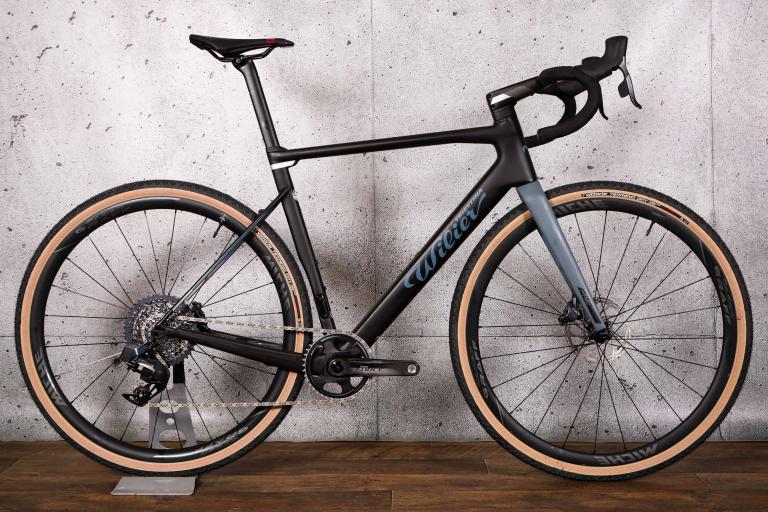 Here's a selection of some of the coolest stuff we're testing at the moment. Full reviews are on the way, but here are some previews for the time being...
2
25 October 2021, 15:29
Crazy fence action in Cambridge halts fleeing drug dealer 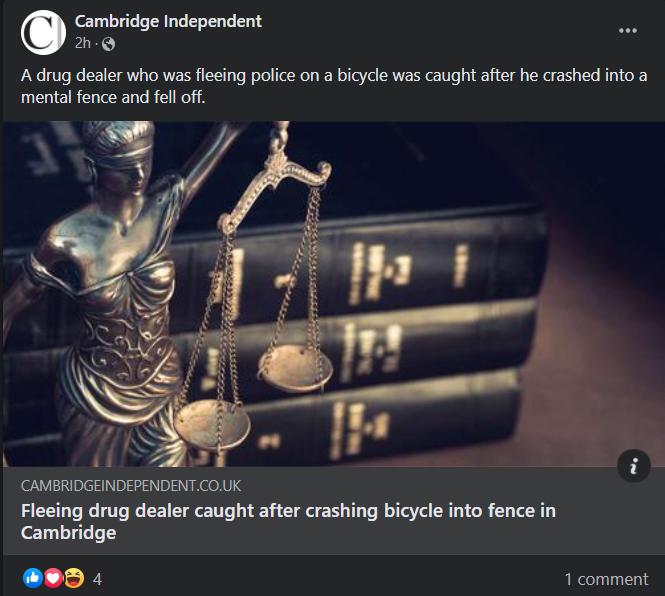 Here's your screenshot before the admin changes it...don't know how they build their fences in Cambridge, but that's one crazy crime prevention tactic...

Thieves stole 20 bikes from the Italian track cycling team during this weekend's UCI Track Cycling World Championships in Roubaix. 15 track bikes and 5 others were taken on Friday evening from a hotel in Lille where the squad was based. Filippo Ganna's gold Pinarello, and the bikes of the fellow team pursuit winners were also taken.

The bikes were in a minibus in the carpark, ready to be returned to Italy when they were taken. Some of the stolen machines were valued at around £25,000 and had titanium 3D-printed handlebars worth £8,500.

According to La Gazzetta dello Sport, police believe the theft was the work of professionals who knew which vehicle to break into and who managed to evade hotel security.

"We knew how difficult the trip could be from a [safety] point of view, so we chose to stay in a hotel with a private, monitored car park even if the commute each day was a bit more demanding. Evidently, even these measures didn't stop the perpetrators."

What are professional cyclists capable of?

Click on the photo to go through and see what sort of numbers you'd need to clock to be a pro rider. Yeah, not sure I'll be hitting them anytime soon (ever)... 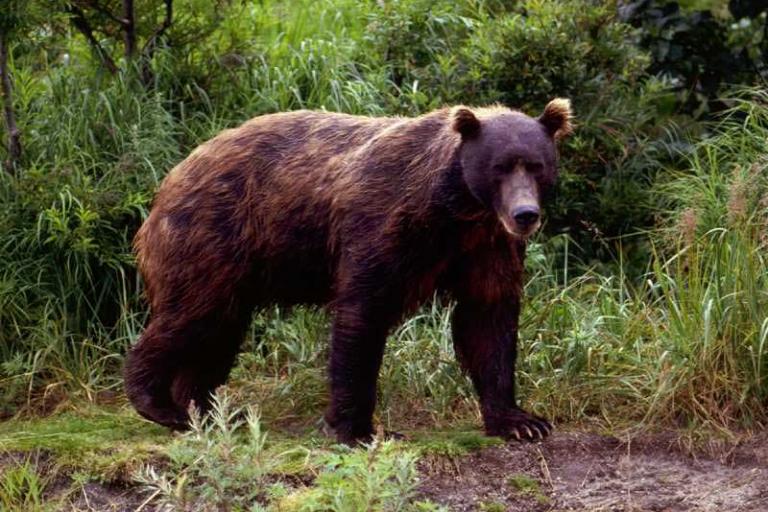 Cyclist in Alaska survives being charged and mauled by brown bear

Victim kicked out at animal during attack thought to have been sparked by bike’s motion
4
25 October 2021, 13:41
Insulate Britain confirms protesters sat in major London bike lane to stop motorists using it

The now familiar scene begins of #InsulateBritain protesters now getting pulled out of the road pic.twitter.com/zYuDtatrEE

Insulate Britain soon got back to us to address the images of protesters sat in a bike lane on Southwark Bridge this morning. The group said it "certainly wasn't to stop cyclists" and emphasised that riders were allowed through at all their protest sites.

One of our readers also reported cycling through at 9:30am without any problems. The group's press team said they were "pretty sure it was to stop motorists". In fairness, most people assumed this was the case anyway...

I'm assuming that is to stop cars driving through the cycle lane as anyone on a bike can just get off and wheel the bike around them on the pavement?

Although some questioned if even blocking part of a cycle lane was acceptable, considering people on hand cycles, cargo bikes, trikes and trailers would struggle to get past.

No, not everyone 'can get off and wheel the bike around them on the pavement'. A fast increasing minority use trikes, cargo bikes, trailers, hand-cycles etc. 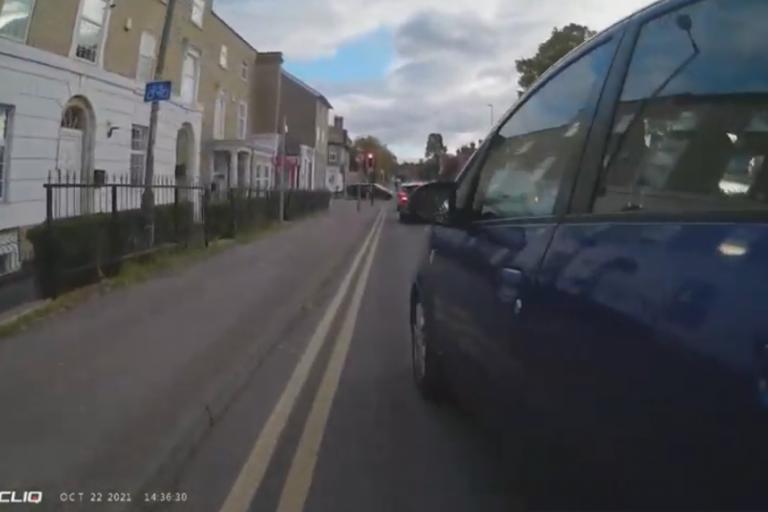 Near Miss of the Day 647: Driver squeezes cyclist into kerb

The now familiar scene begins of #InsulateBritain protesters now getting pulled out of the road pic.twitter.com/zYuDtatrEE

We were happily scrolling Twitter, watching videos of Insulate Britain protesters blocking the northern end of Southwark Bridge, when something caught our eye...they're sat in the bike lane too? It wasn't just us who noticed it either, plenty of others replied with jokes and questions about why they'd block one of the greener forms of transport.

We've dropped Insulate Britain a line for a comment, although we suspect it might be to prevent drivers using the lane to get past as in the clip a cyclist rides past the protesters without issue.

News editor Simon pointed out this is a particularly popular route for London cyclists and is the cycle lane just before it crosses CS3, a major cycleway connecting central London with the east of the city. Met Police confirmed 53 people have been arrested this morning, including some who had glued themselves to the road.

We'll wait to see what Insulate Britain says, in the meantime here's some of the reaction:

Probably because motorists have a history of driving over and in anything they feel like, including people.

Looks like their preventing drivers using it, you can see a cyclist using it with no issues.

Because we all know drivers would *never* illegally use a cycle lane.

Fair play, Rob. That's some tribute. Was the needle a marginal pain or more serious? SPD-SL and SPD pedals are being 'sold' at highly discounted rates on the website, with Shimano itself quickly warning potential buyers that the site isn't genuine
8
25 October 2021, 10:29
"He has to learn when he can and cannot say things": Jasper Stuyven reveals Remco Evenepoel did not show up to Belgium's post-World Championships debrief

The fallout from Belgium's home World Championships continues...Jasper Stuyven, who finished fourth at the event in his home town of Leuven, has spoken to Het Nieuwsblad and shone further light on Remco Evenepoel's behaviour during and after the race.

Stuyven questioned those around the young Belgian and said he needs to learn when "he can and cannot say things". Milan San-Remo winner Stuyven also revealed the 21-year-old didn't turn up to a debrief in the days after the race.

"Everyone was there, except Remco," Stuyven explained. "He was aware, but didn't think it was necessary. I think that is a shame, especially because he thought it necessary to say things on TV. That stuck with some of us. I think that Remco should sometimes be slowed down by his entourage. He still has to learn when he can and cannot say things. Also, a super-strong rider – which he certainly is – should realise that some things should remain internal.

"In the first place, he should have ridden a different race. What he did – ride full in the early break, gesticulate and be omnipresent until the final started – any sub-topper can do. But even if he had spared himself, he would never have ridden away from Alaphilippe."

Last week, Belgian cycling legend Eddy Merckx downplayed talk he dislikes Evenepoel, insisting he's a big fan and doubling down on his assertion that the young talent should not have been selected for Belgium's team when the goal was solely to help Wout van Aert. Evenepoel raised eyebrows by attacking early in the race, going in the breakaway and subsequently getting dropped when the group returned to the peloton. 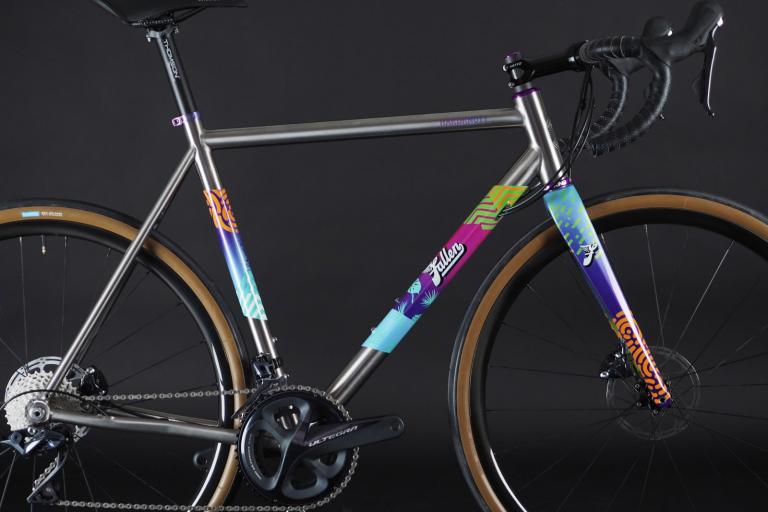 The weekend action in Roubaix was dominated, from a British perspective, by Ethan Hayter's emphatic win in the omnium and Katie Archibald's ever-growing trophy cabinet. Just the two national titles, Olympic silver and rainbow jersey for the 23-year-old Hayter this season. Not bad at all...

Archibald also rounded off a superb week in northern France, winning two more medals to take her tally to four for the week. First up was the women's omnium on Friday where the Scot won gold ahead of track and road stars Lotte Kopecky and Elisa Balsamo. Then on Saturday, Archibald and Neah Evans took bronze in the madison — Sunday's points race brought a first silver of the week. One gold, one silver, two bronze. Again, not bad at all...

Elsewhere yesterday, Elia Viviani became world champion with victory in the elimination race, a happy end to two difficult seasons with Cofidis. If the rumours are to be believed, he and Hayter could be teammates next year.

Mark loved my Tattoo so much he called me. Not every day you get to FaceTime your hero. Thank you so much @petatodd for setting it up and for @MarkCavendish for the call. Still in a bit of shock and awe. Wow!! pic.twitter.com/bGac7Xqkhs

Paul James made a bet at the start of 2021. If Mark Cavendish won a race he would get a tattoo of the great sprinter somewhere on his body. As we all know, Cav won once, and nine more times afterwards, giving Paul plenty of time to decide where he was going to put his new splash of ink.

He wasn't disappointed about it either, proudly calling the artwork "[An] Ode to my idol Mark Cavendish who overcame adversity to prove he's still the GOAT. Hopefully he likes this". Well, he did like it. Cav called Paul on FaceTime and said he loved it.

Paul shared the news on social media: "Mark loved my tattoo so much he called me. Not every day you get to FaceTime your hero. Thank you so much Peta (Cav's wife) for setting it up and for Mark for the call. Still in a bit of shock and awe. Wow!!"

Seems there's no motivation like making someone look at your face for the rest of their life...