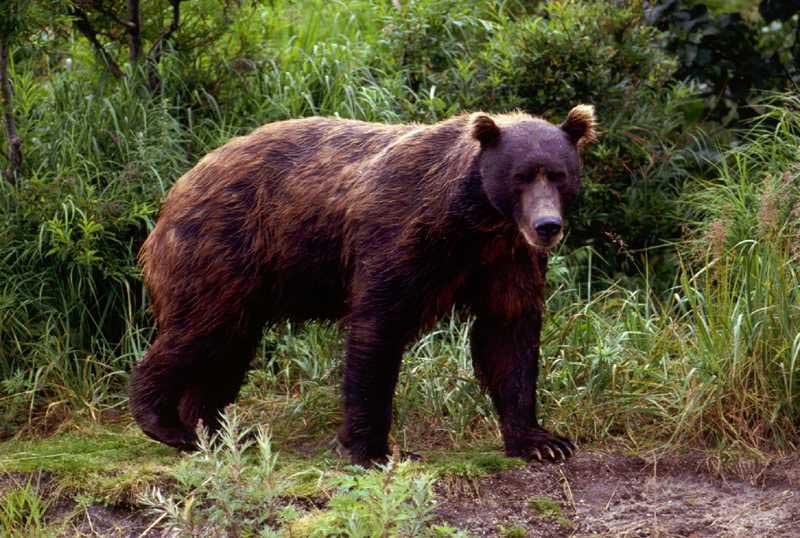 Cyclist in Alaska survives being charged and mauled by brown bear

A cyclist in Alaska has survived being chased and mauled by brown bear, with the motion of his bicycle believed to have sparked the animal’s aggressive behaviour.

According to Alaska State Troopers the man was riding his bike close to the Jack River when he noticed the bear around 30 feet from him, reports the Daily Beast.

When the bear began running towards him, he jumped off his bike and started shouting at in an unsuccessful attempt to scare it off.

However, the animal, believed to weigh around 500 pounds – for comparison, that’s more or less the combined weights of the boxers Tyson Fury and Deontay Wilder ahead of their heavyweight world title fight earlier this month – continued to approach the man.

The cyclist – who had a gun but chose not to use the weapon – dropped to the ground and covered his head, and kicked out at the bear, which hit him on his lower right leg and mauled him before heading back off the trail the same way it had come.

After the attack, the wounded rider, who had earlier noticed bear tracks in the snow, went to a road nearby and called a friend, who drove him to a medical practice, where he underwent treatment for “puncture wounds and a laceration.”

Earlier this year, a grizzly bear was shot dead in Montana three days after it killed 65-year-old Leah Davis Lokan, who was on a bikepacking trip.

The victim, a nurse from California, was dragged from her tent and mauled to death during the attack which happened in July.