It's a new week and after nine days away Dan Alexander will be trying to remember how this live blog thingy works..... 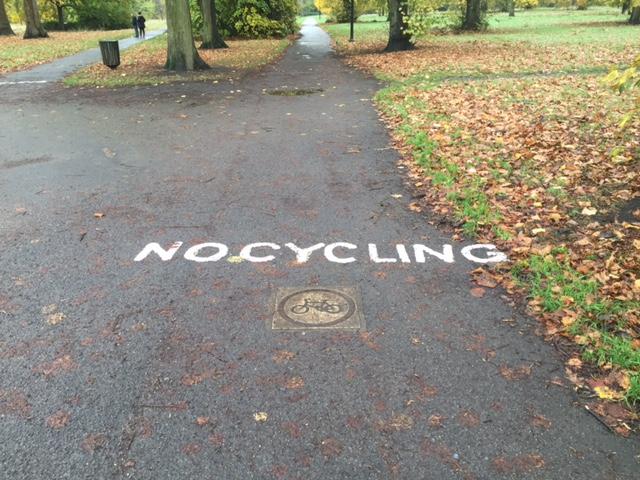 Here's what you're saying about Royal Parks Police and our main live blog story of the day...

As a cyclist I think this is right. If people on bikes aren’t punished for not following the rules, it just gives the anti cyclist brigade ammunition.

If its against law then so they should. 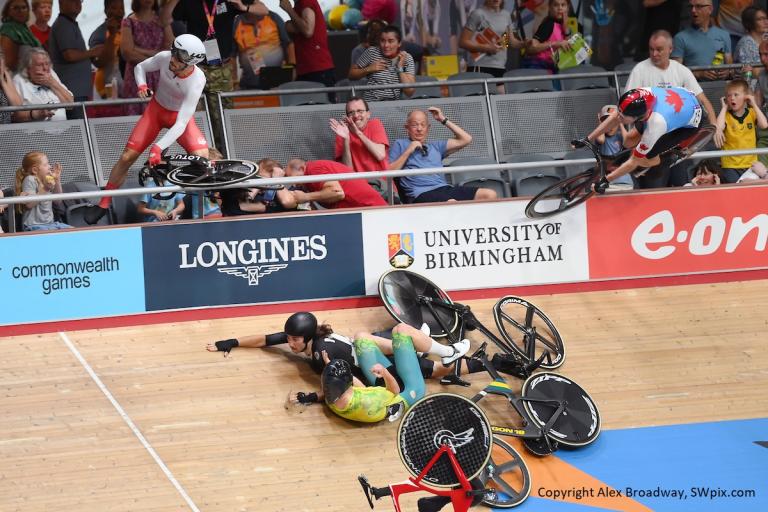 Here we have it folks...the single greatest thing about being a professional cyclist (for Alpecin-Deceuninck)...

Sleep is the most crucial part of recovery. We are happy to announce Revor as our official sleep supplier. Revor and their ‘mattress carriers’ provide our riders with personalized mattrasses during all Grand Tours and training camps.

Of course there is life after the Tour de France and Tour de France Femmes, and not just the Tour de Pologne (stage three was won by birthday boy Sergio Higuita, by the way), Transcontinental Race has been underway for a week now. Christoph Strasser was first to summit Transalpina Pass and is through the fourth checkpoint...

First up and over the Transalpina Pass and through CP4 is Christoph (100). The weather is turning.#TCRNo8#transcontinental pic.twitter.com/IDEHK1tmqs

Ulrich Bartholmoes and Adam Bialek have since passed through as well. Transcontinental has an impressive tracking page if dot-watching is your thing...

So, for the first time since July 1, neither the Tour de France or Tour de France Femmes are on our TV screens to get us through the work day (okay, okay, I know there were three rest days)...

There is some racing in the diary this week, however, over in Poland at the WorldTour (but not broadcast, as far as we can tell) Tour de Pologne. Cav's debuting his fresh new British national champ's colours...although things on the bike aren't going quite as well...

Cav is in a group that has been dropped by the #TdP22 peloton on the hills in the final part of the stage.

Cav's two top-tens without threatening for the win over the weekend leave us here, on stage three, with Ethan Hayter the best hope for a British stage win on a long day in the saddle back-ended with three sharp stingers and an uphill finish... 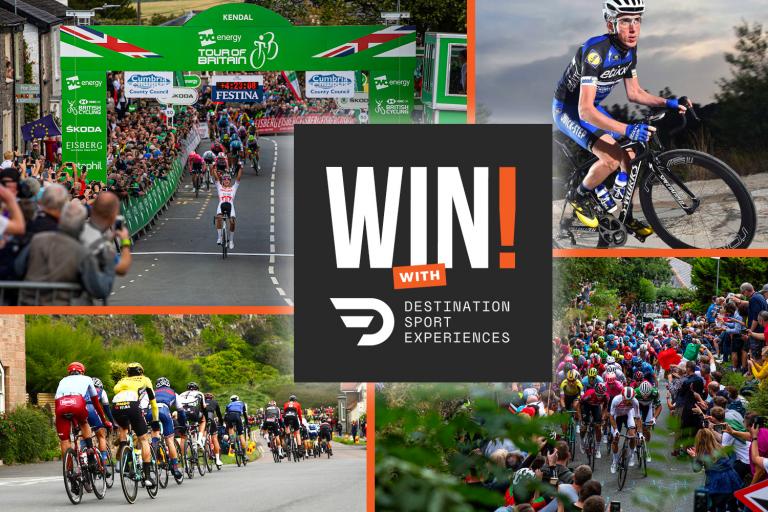 Closed! We name the winner for the Tour of Britain Cross the Finish Experience with Dan Martin

SPONSORED
Ever wondered what it was like to cross the finish line of a pro cycling race? If you're the lucky winner of our massive Tour of Britain competition then you'll be wondering no more
0
01 August 2022, 13:37
You can't carry a Thetford Porta Potti 345 by bike...

...this life chose me. 😉 pic.twitter.com/GR0oO8viNn 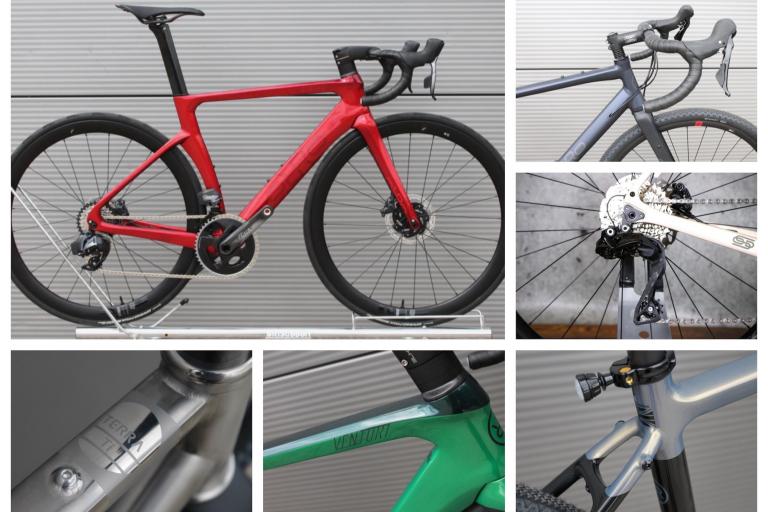 A crane hoisted the new Gooseholme active travel bridge into place across the River Kent in Kendal last week, a development the council says is a "hugely significant step forward" in the £2m project.

Cumbria County Council, working with contractor Story Contracting Ltd, and in partnership with an extensive specialised project team, oversaw the installation of the 55-tonne structure which was lifted into place.

The £2 million project is being delivered by Cumbria County Council with funding partners: the Environment Agency, South Lakeland District Council, as well as Sustrans, and is part of walking and cycling charity's £77m programme, supported by the Department for Transport, to enhance the National Cycle Network.

The bridge is expected to open in the autumn. 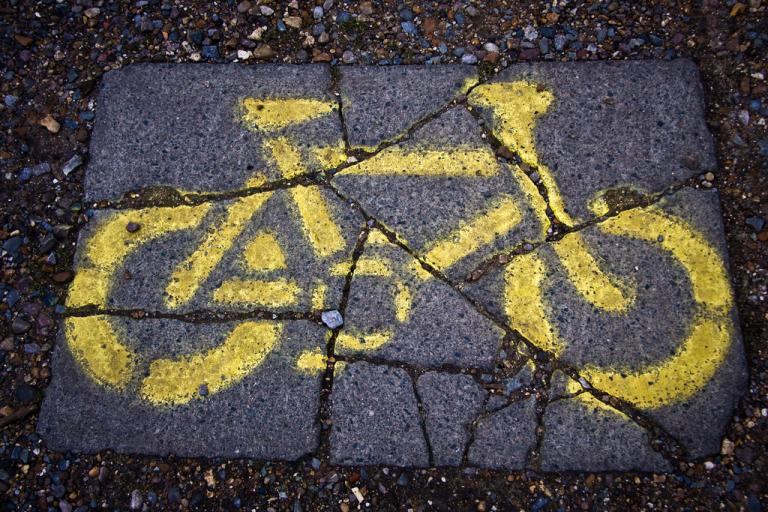 Driver was on wrong side of road when he ploughed into group in Michigan on Saturday
7
01 August 2022, 11:43
Timmy Mallett's UK tour continues

The day I met @TimmyMallett on his bike ride around Britain: pic.twitter.com/3lmsmnu3rY 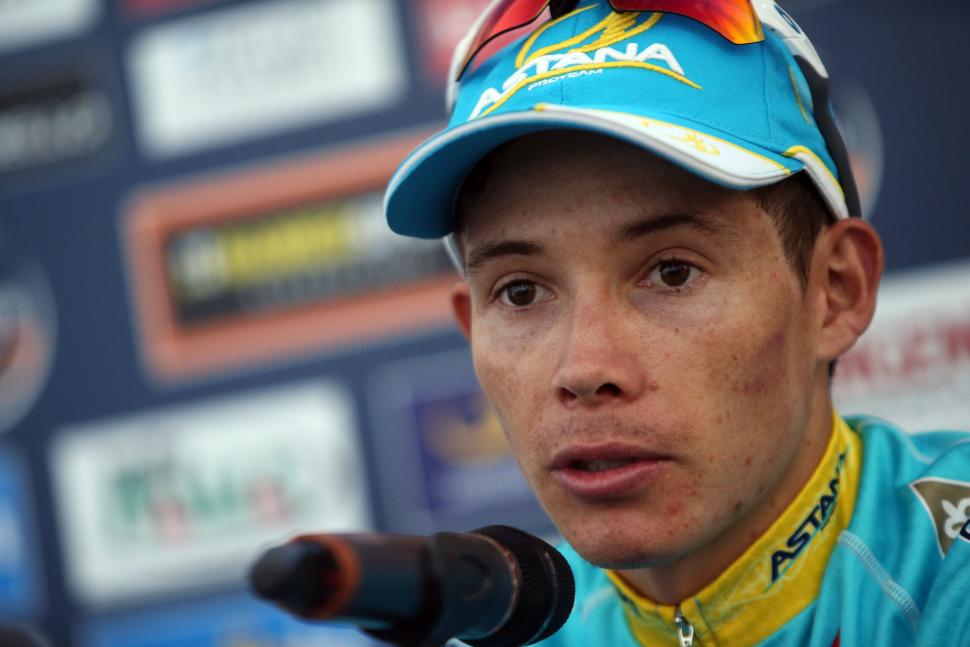 Miguel Ángel López has been "provisionally reintegrated" back into Astana Qazaqstan Team following a short-lived suspension prompted by news the Colombian was being investigated as part of a doping probe in Spain.

In a statement, the team concluded that in the absence of any findings by Spanish authorities or the UCI "it was not in a position to continue the suspension".

As it was communicated earlier (on 22.07.2022), following the news of Miguel Angel Lopez’s questioning by Spanish Police in connection with an investigation on Dr. Maynar, Astana Qazaqstan Team suspended Miguel Angel Lopez pending clarification of the status of the proceedings.

Based on the information received, Astana Qazaqstan Team was advised that in the absence of any finding by either the Spanish authorities or the UCI, it was not in a position to continue the suspension or further deprive the rider of his contractual rights. Miguel Angel Lopez is thus provisionally reintegrated as part of Astana Qazaqstan Team and will return to the previously agreed racing plan (Vuelta a Burgos and then Vuelta a España).

Astana Qazaqstan Team has forwarded all the information received to the International Testing Agency, which is in charge of anti-doping investigations on behalf of the UCI. The Team will monitor the situation closely and will not hesitate to take resolute measures depending on the development of the situation.

Last night, Royal Parks Police revealed that "in accordance with our Park Priorities" a cyclist stopped in a designated non-cycling area of Kensington Gardens had been arrested after refusing to give officers his details, and was later released with a £60 fine for the cycling offence...

In accordance with our Park Priorities a cyclist was stopped in Kensington Gardens, cycling in a non designated area. Refused to provided satisfactory details and arrested. Once officers were satisfied with details he eventually provided he was released with a sixty pound fine. pic.twitter.com/vP5ttSNgxu

The reaction to Royal Parks Police's tweet was mixed — some had little sympathy for ignoring the park's by-laws — while others argued clamping down on individuals pedalling a bicycle, even where prohibited, shouldn't be particularly high up the crime-tackling priority list.

Seriously? and yet you fail to deal w drivers who drive in to #RichmondPk before they're allowed, commercial vans, close passing, tailgating and speeding!! Slow hand clap. Out of interest why is no cycling allowed there? who does it impact on?

Bloody hell - that was a narrow escape! So great to see the @MPSRoyal_Parks are on the case with this. Clearly it's a much greater menace than speeding drivers, distracted drivers, drunk drivers, drugged drivers, bad drivers, angry drivers...

What a complete waste of time and resources.

It's not the first time the force's social media output has ended up here on our live blog...

Back in the spring a tweet was branded "tone-deaf" for boasting that one of the force's officers had managed "not to jump a single red light or ride on a footpath" while cycling to work during a tube strike.

> "I cycled into a work today, managed not to jump a single red light or ride on a footpath": Royal Parks Police criticised for "tone-deaf" tweet

The Commonwealth Games are in full swing, and on Wednesday we get to see the mountain bike racers hit the trails. The race is held at the Cannock Chase Forest and we've put together the course information for you. https://t.co/VC0oJwF0Hc
#CommonwealthGames22 pic.twitter.com/rUJlNaKAEg

Why have one promising upcoming British racing talent when you can have two? Bonus points if they're from the same family. Ethan Hayter — Olympic champ, two-time national TT champion, Tour of Britain stage winner, twice Romandie stage winner, and currently out at Tour of Poland hoping to earn selection for a debut Grand Tour at La Vuelta — has a brother called Leo.

Leo's pretty good at riding bikes too...he won two stages and the GC at the 'Baby Giro' before adding the national U23 TT title to his palmares in June. He's got an U23 Liège–Bastogne–Liège to his name too and will be joining his big brother at Ineos, first as a stagiaire until the end of the year, and then permanently in 2023.

Leo Hayter: "I'm super proud and excited to be joining the Ineos Grenadiers this coming year, moving up to the highest level of the sport in a British team I've been inspired by since I started competing. Having participated in some training camps with the team, I already feel really at home here, and now can't wait to get started." 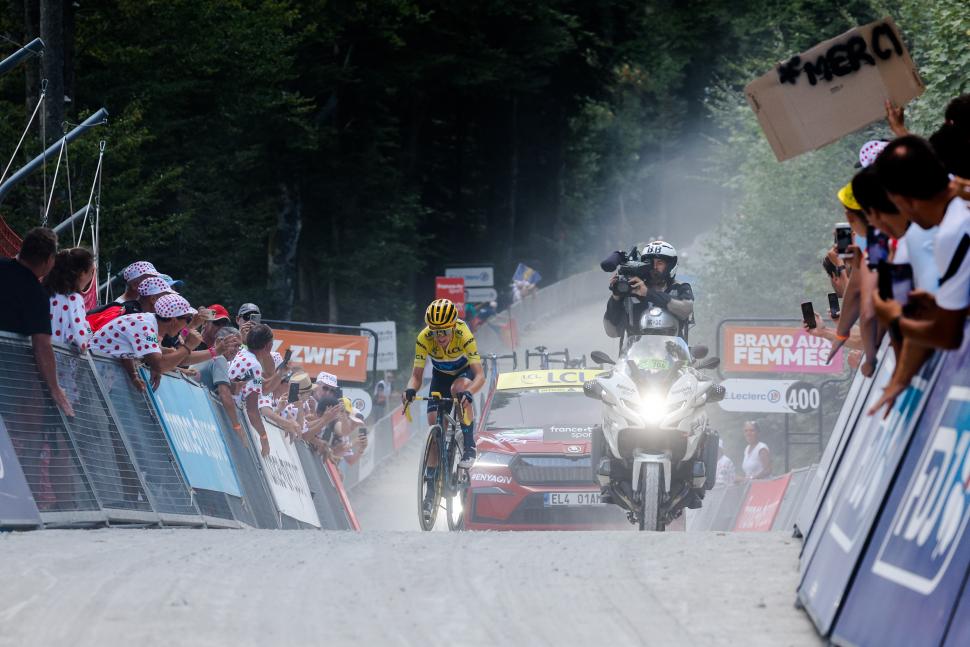 It wasn't just the Lionesses who made history yesterday, Annemiek van Vleuten did too... but you probably knew that already. The 39-year-old comeback queen dominated – once again – on the slopes of La Planche des Belles Filles to cap off a historic week for women's cycling.

Elsewhere on road.cc this weekend, Stu's been checking out Reilly's Fusion... and, without too many spoilers, it did pretty well...

Back on the racing scene, Olympic champ Matt Walls suffered a frightening crash at the Commonwealth Games in Birmingham (but actually in London) yesterday as he was sent over the barrier and into the crowd at the Lee Valley VeloPark during the scratch race.

Over in the US, cyclists are calling for the resignation of a Jersey City councillor, Amy DeGise, who failed to stop after striking a delivery cyclist – and only reported the incident six hours later.

Oh, and our Bike at Bedtime is the new titanium Enigma Evoke Mk3. Check it out now, or save it for bedtime, or read it now and take a mid-morning nap...the choice is entirely yours...

Let's kick off the week with a profound, near philosophical, take on the state of our roads from the great modern temple of public discourse — Twitter.

People have some vague personal hierarchy of traffic violations. They tell themselves it's based on safety but it's mostly about driver convenience. This is extremely clear when you compare public reactions to cyclists running a red light vs a driver parking in a crosswalk.

Oh lord, straight into red light jumping at 9am on my first day back...

But here are a couple of other additions to the hierarchy of traffic violations...

How about - it’s bad when cyclists run red lights but perfectly normal for motorists to speed up to “make the yellow”. Don’t want to be rear ended!

My favorite: blocking a bike lane is fine, blocking a car lane is a catastrophe

Anyway, it's all a great excuse to bring up this vid from the weekend...

Looks like Ken doesn’t know what a crosswalk is pic.twitter.com/cgqgwAh1HM