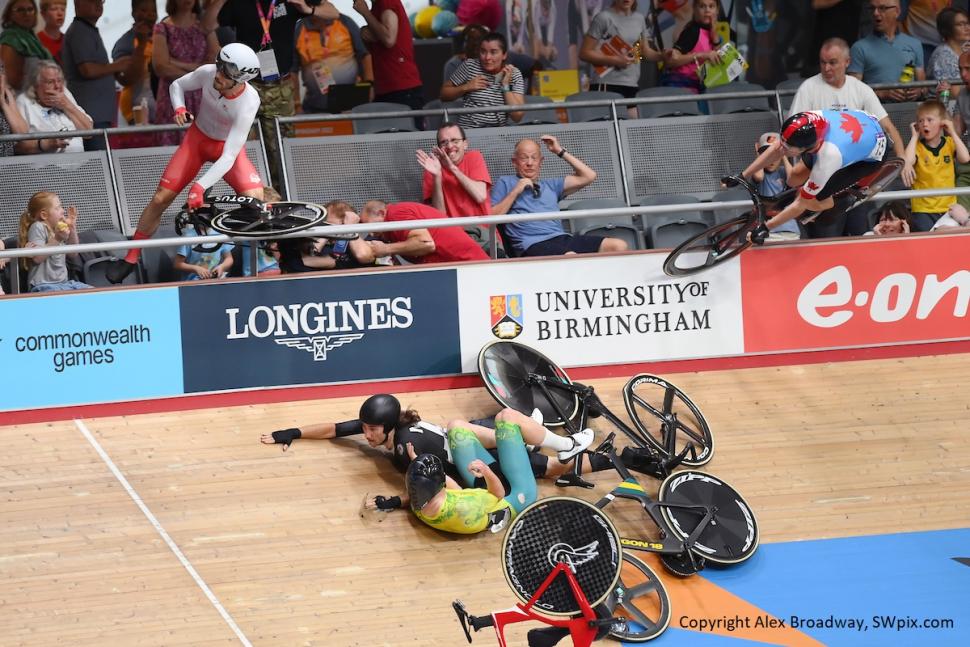 Sir Chris Hoy safety screens could have prevented Olympic champion Matt Walls from flying into the crowd during a crash at the Commonwealth Games yesterday. Dame Laura Kenny has also called for velodromes to be made safer in the wake of the crash.

The spectacular crash during the qualification event for the men’s scratch race saw the England track star and his bike go over the wall and into the crowd.

Racing was abandoned for the rest of the morning session as the 24 year old from Oldham received treatment from paramedics, as did a male spectator who was said to have been left covered in blood, plus a young child.

Walls and two other riders involved in the crash were taken to hospital after the incident, which happened the day after England sprinter, Joe Truman was knocked out and broke his collarbone in a crash.

“There are quite often crashes but they are rarely very serious” said six-time Olympic champion Hoy, quoted in the Scottish Sun.

In the absence of a velodrome, the Commonwealth Games track cycling events are being held at London’s Lee Velley VeloPark, where Hoy won two gold medals at the 2012 Olympic Games.

“This one was the direct result of not having a barrier at the top of the fencing,” explained Hoy, who is working as a pundit with BBC Sport during the games.

“I think it’s preventable if they put a Perspex screen to protect the crowd. I’ve seen a shot of it and it was horrendous to watch.

“Something has to be done before something genuinely serious happens,” he added.

The spectacular crash was caught in a sequence of pictures by photographer Alex Broadway of SWpix.com, with images also showing Canadian rider Derek Gee riding on the advertising hoardings as he tried to avoid going into the stand. 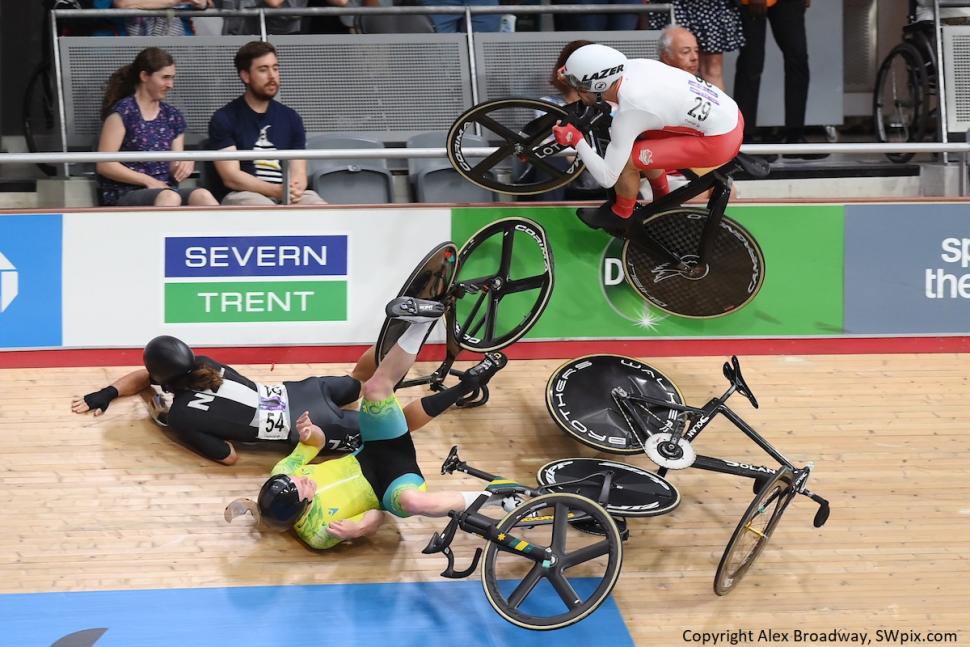 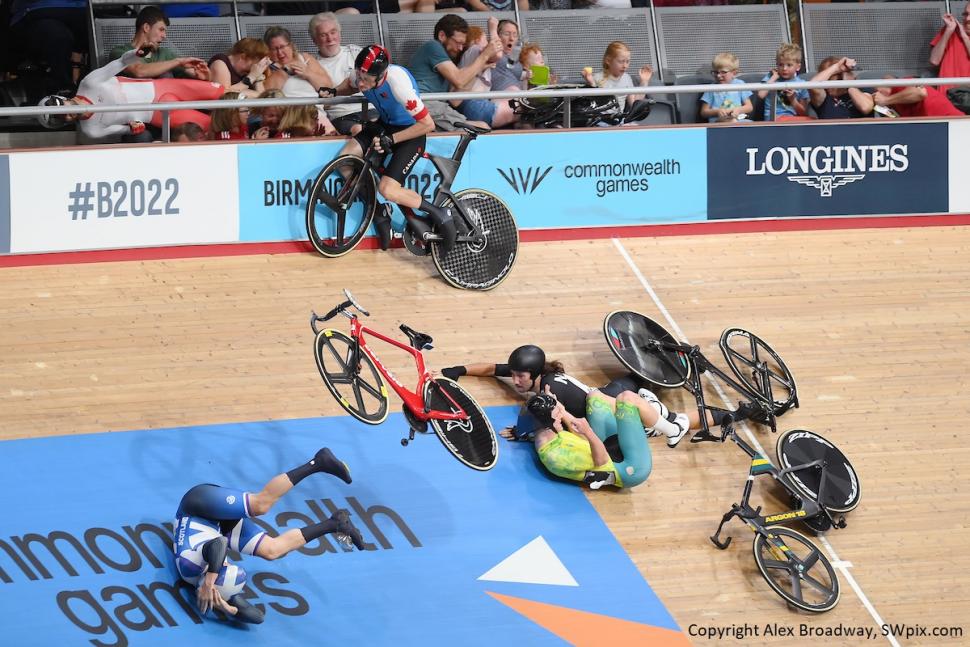 Fellow London 2012 gold medallist Laura Kenny who is riding at Lee Valley also urged for velodromes to made safer, reports the Guardian.

. “I think the crashes are getting worse and it’s because the speeds are getting higher, the positions are getting more extreme,” the five-time Olympic champion said. “Some of the pursuit positions people are getting in, you see people crashing into the back of people.

“At some point the UCI are going to have to put a cap on these positions. Maybe there should be screens because Matt should not have been able to go over the top and into the crowd – that’s pretty damn dangerous.

“It’s the third time now I’ve been in a velodrome and witnessed someone go over the top. Matt was laughing and making jokes with the paramedics which is brilliant to hear but if he’d [not gone over] he would have done less damage and certainly done less damage to the little girl.”

She revealed that she had come close to not taking part in the qualification race for the women’s points race as a result of the crash, which she described as “horrendous.”

She added: “It was playing on my mind earlier, I messaged [her husband] Jason and said: ‘I’m not sure I even want to do this.’ It just puts everything into perspective when something like that happens. I’m just glad he was conscious straight away because Joe’s crash was enough.”