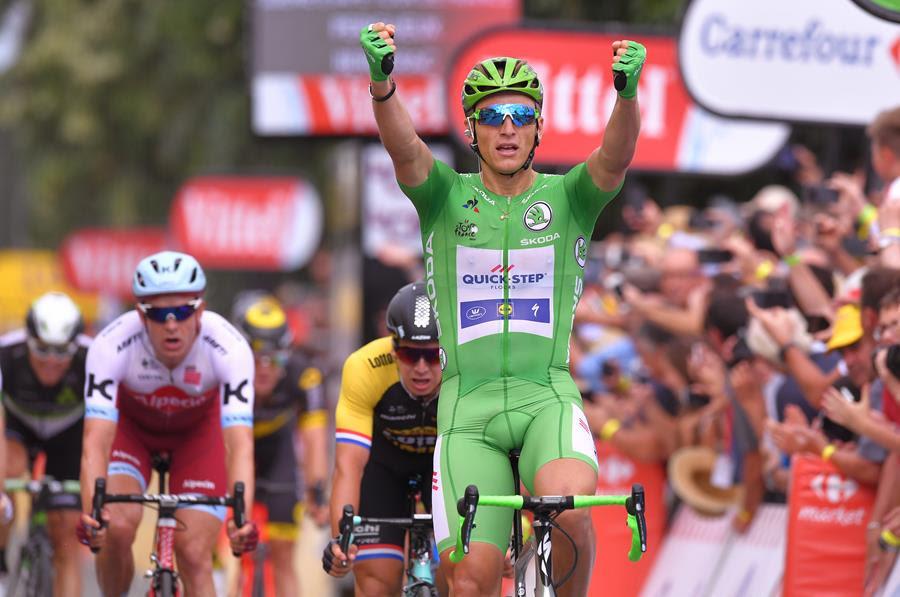 Marcel Kittel retires from racing at the age of 31

German sprinter says he has "lost all motivation to keep torturing myself on a bike"...
by Alex Bowden

Marcel Kittel has retired from cycling, months after announcing he was taking a break from the sport. Speaking to Der Spiegel, he cited time away from home as a major factor. “I didn't want to watch my son grow up via Skype."

Kittel left Katusha Alpecin by mutual consent in May, citing exhaustion and not feeling able to compete at the highest level as reasons for the decision.

“I love cycling and my passion for this beautiful sport is never gone, but I also know what it requires from me and what I need to do to be successful,” he said at the time. “At this moment, I am not able to train and race at the highest level. For this reason, I have decided to take a break and take time for myself, think about my goals and make a plan for my future.”

He has since resolved not to attempt a return, reasoning he had "lost all motivation to keep torturing myself on a bike."

Kittel won 14 stages of the Tour de France, including five in 2017. He also won four stages at the Giro d’Italia and one at the Vuelta a Espana.

"The sport and the world you live in are defined by pain," he explained. "You don't have time for family and friends, and then there's the perpetual tiredness and routine.

"As a cyclist, you are on the road for 200 days of the year. I didn't want to watch my son grow up via Skype."

Expanding on his thinking in a post on his website, he said: “During my nearly 20 year sports career there have been not only incredible successes but also difficult times.

“I have always been one to openly question and reflect when such things happen, so that I can learn and become better. That, together with the people around me, has made me the successful athlete that I now am, but this method has also taught me to leave my old ways and learn new ones. I know that there is much more than just sport – for example my own future family.

“Recently the thought of this future without cycling has grown, as has the awareness of the sacrifices that such a beautiful but also very difficult sport like cycling brings with it.

“The biggest question of the last few months was: Can I and do I want to continue to make the sacrifices needed to be a world-class athlete? And my answer is: No, I do not want that any more, because I have always found the limitations on a top athlete as an increasing loss of quality of life.

“That is why I am very happy and proud that at this point in my life I can make the decision to follow my heart in a new direction.”