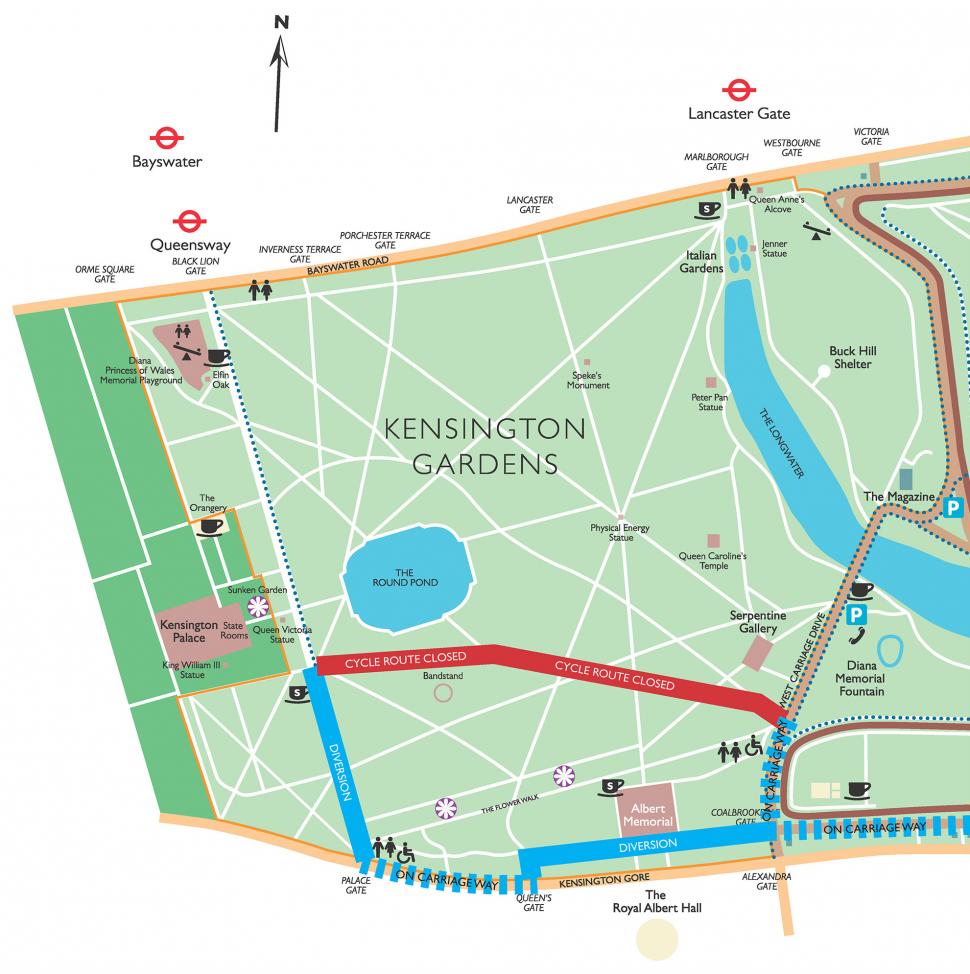 A London woman says she was shocked to have been issued with a fixed penalty notice (FPN) on a route she has cycled for 10 years. Get West London reports that Nicole Ruduss was handed a £60 on the spot fine while cycling through Kensington Gardens, not realising that the path had been closed to cyclists for improvement works.

Ruduss was fined on Wednesday morning as she made her way to work. She said Royal Parks, who look after the site, could do more to alert people and added that Metropolitan Police officers should have been waiting at a nearby sign to advise cyclists to dismount, rather than fining them moments after passing it.

“I felt almost entrapped,” she said.

Ruduss said she had seen a diversion sign near the pond in the royal gardens and had followed it. However, she then wrongly assumed the diversion had ended and concluded it was okay to return to her normal route.

“I then cycled past a Royal Parks sign saying no cycling, which I thought was strange. And I had barely registered what it said when a few seconds later two police officers stopped me and asked if I could see the sign.”

Ruduss said that five to 10 other cyclists were stopped and fined in the five minutes she was being dealt with by police.

“People were just confused. It feels like cyclists are once again the victims again. It’s heavy-handed policing. They could have stood at the sign and asked cyclists to dismount.”

She also believes there could be better signage. A number of people commenting on Stop Killing Cyclists’ Facebook page appear to agree with her and it’s also been pointed out that one of the two forks in the image below has ‘no cycling’ on it, which could lead to misinterpretation of the sign.

If you're cycling don't even go near Kensington Palace Gardens - just got a £60 fine pic.twitter.com/YXoBmzEldK

Work began on January 4 and Inspector Rob O’Connor from the Met’s Royal Parks unit said that during the first week officers had taken an ‘inform and educate’ approach. From January 11 they started handing out fines.

“Cyclists who don’t wish to dismount in the park are encouraged to use the diversions sign posted, as to contravene the ‘no cycling’ sign could lead to a FPN being issued for Unauthorised Cycling in a Royal Park and subject to a £60 fine.”