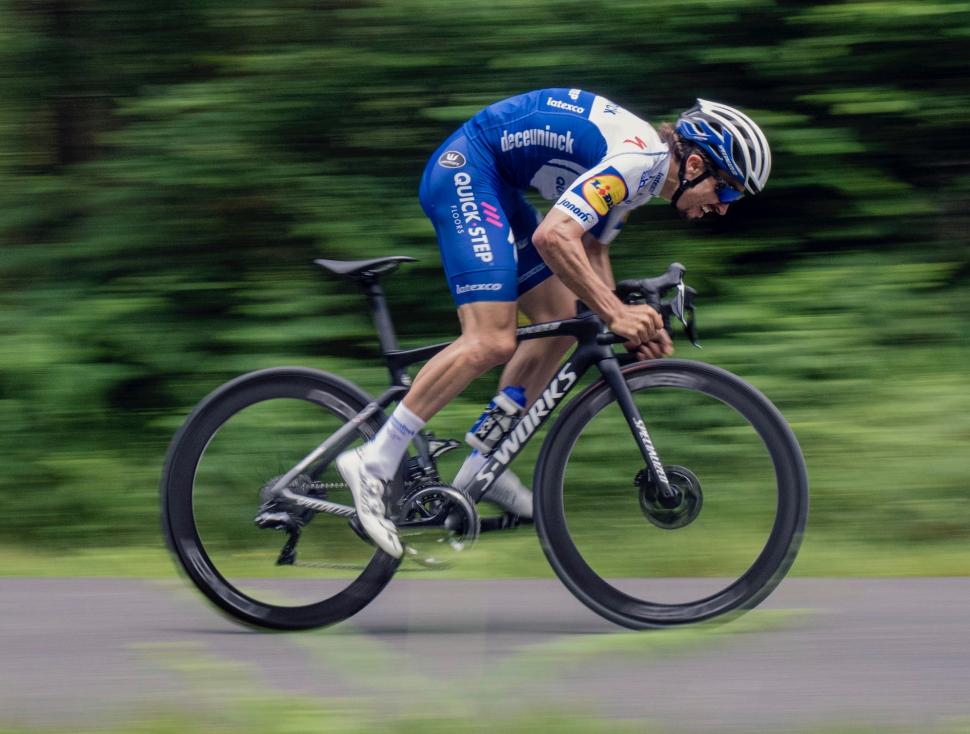 Check out the latest bikes that we'll see in action when top-level racing resumes this weekend at the Strade Bianche – from Specialized, Trek, Giant and more
by Mat Brett

Top-level UCI World Tour racing resumes with Italy's Strade Bianche on Saturday, 1st August, and here are some of the new bikes you can expect to see.

Most of the big bike brands release a new race model every year. They might unveil an updated lightweight model one year, a new aero design the following year, and a revamped endurance bike in the third year. By that point it's time to update the lightweight model again... and so on.

Pro teams tend to get new models from early in the season up to about the time of the Tour de France (which usually begins in early July) in order to maximise exposure.

Things have been hugely different this year with World Tour racing having been suspended in March. Some brands have postponed planned launches while others have unveiled their new bikes during the season's interruption.

The Strade Bianche will be the first opportunity to see some of these new bikes raced – although, with gravel roads a huge factor in Strade Bianche, it'll be interesting to see which bikes and equipment the teams decide to use. 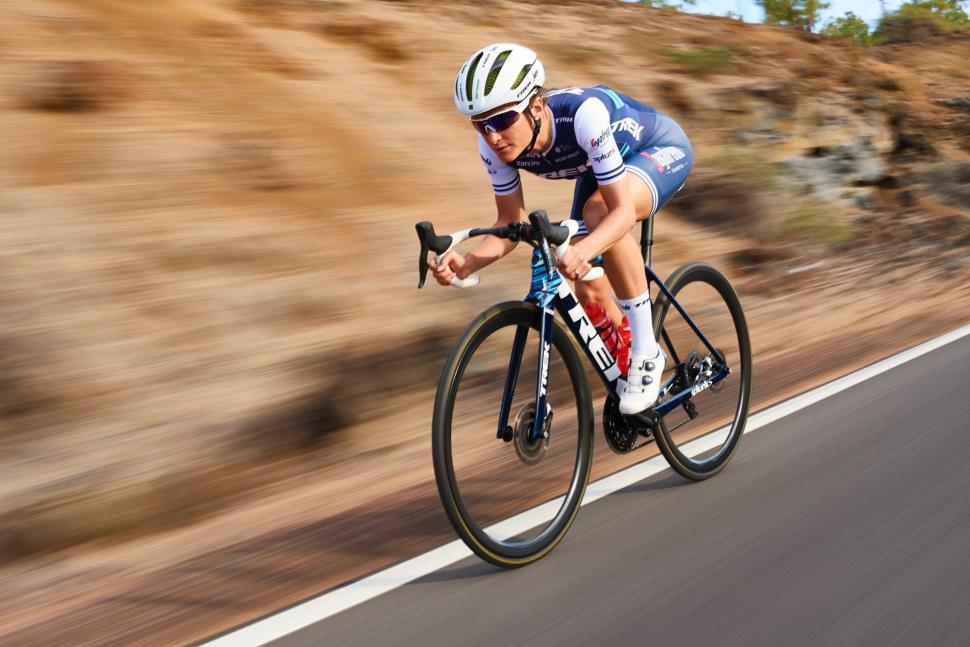 Trek unveiled its new Émonda SLR (and Émonda SL) in June, the big news being that the designers added aerodynamic efficiency to this lightweight bike for the first time. The US brand claims the Émonda SLR is its fastest climbing bike ever, and the Trek-Segafredo team says that its racers will use this platform most of the time. 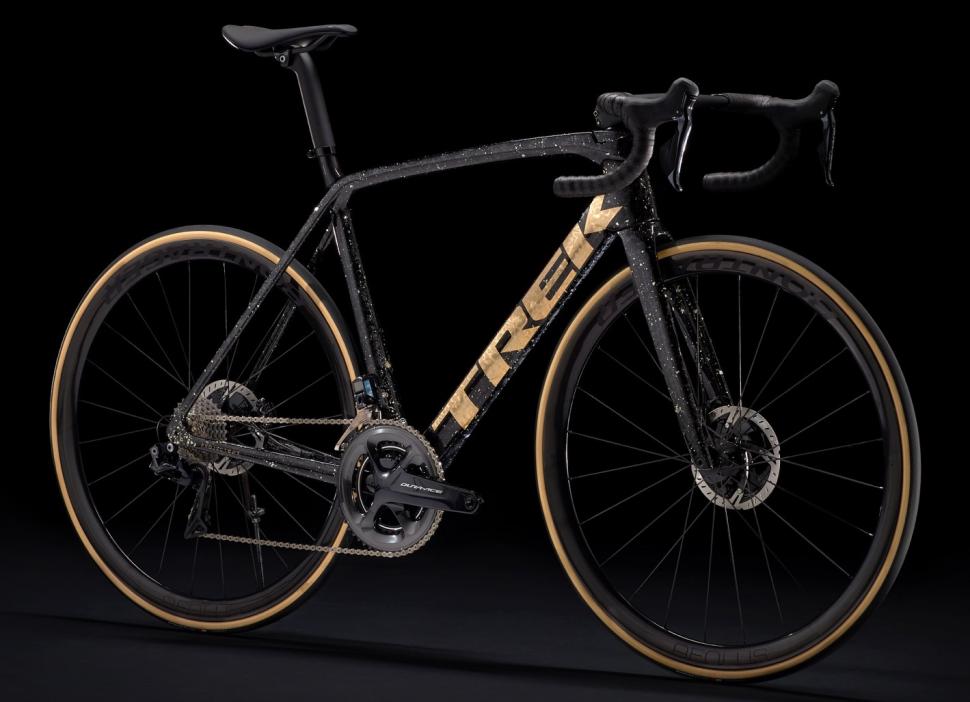 The Émonda SLR frame, made with a new material that Trek calls OCLV 800, has a claimed weight of 698g. It's a disc brake-only design and features a new Bontrager Aeolus RSL VR-C handlebar/stem which has been designed alongside the frame to be both aerodynamically efficient and lightweight. 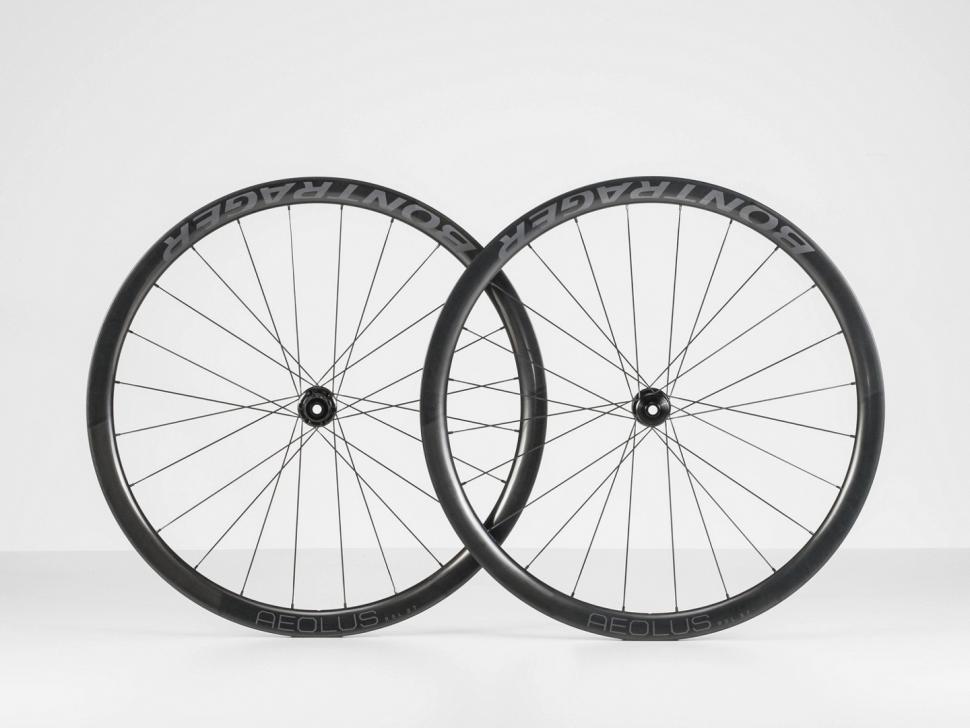 "Made from Bontrager's best OCLV Carbon, these ultra-light 37mm wheels have an all-new rim shape that’s faster than deeper wheels and lighter than shallower wheels, all while maintaining stability," says Trek.

CCC Team use bikes from Giant, a brand that launched the new version of its TCR Advanced back in April. 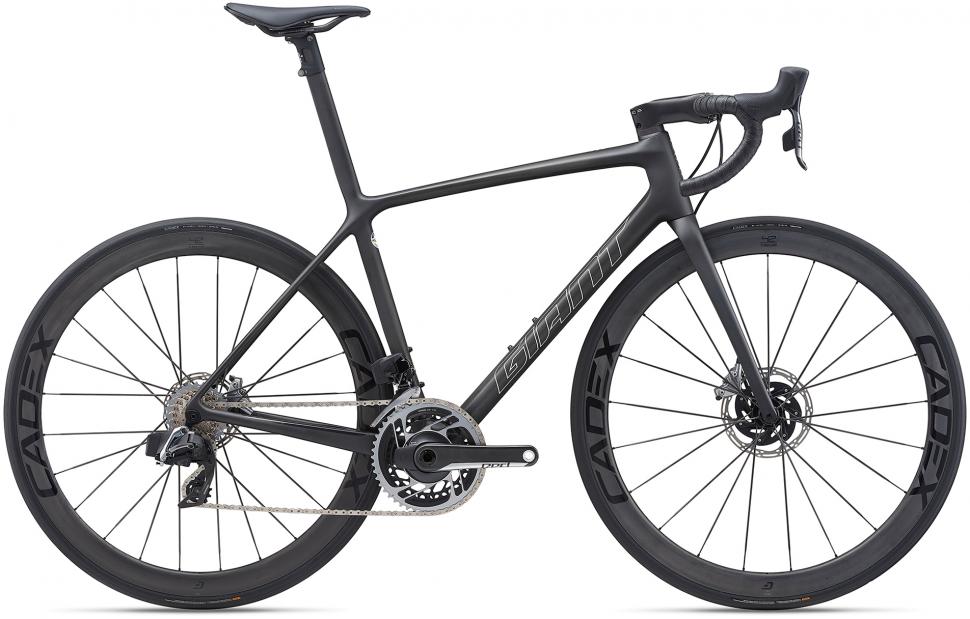 Giant says that its new 2021 TCR bikes are lighter, stiffer and more aerodynamically efficient than ever before, with the top-level Advanced SL offering the highest stiffness-to-weight ratio in its class.

The 2021 TCR Advanced SL Disc has a claimed frame weight of 765g, with the fork 330g. Giant says that the increased stiffness is partly down to an upgrade in materials. Whereas 30% of the carbon-fibre used is Toray T800, as before, the remaining 70% is a new higher modulus filament that's stiffer and lighter. Giant produces everything in-house, right down to the carbon-fibre used.

Giant hasn't incorporated aerodynamic features on its TCR before, but says that this time around every tube shape was analysed, engineered and tested to create an overall structure with significantly lower drag than previously. The result is said to be that theTCR is faster than ever, especially in sprints and solo efforts. 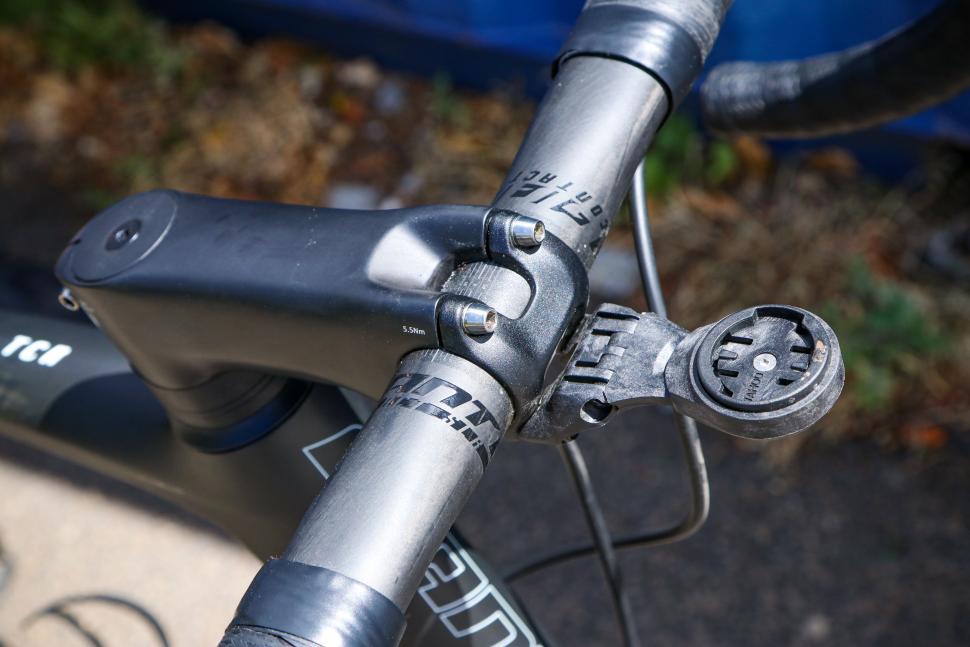 Although most other brands are opting for fully internal cabling on their top-end race bikes, Giant has kept them external between the handlebar and the down tube and fork leg, the idea being to keep adjustments as simple as possible.

Bora-Hansgrohe and Deceuninck–Quick-Step each use bikes from Specialized. Although it was seen far and wide beforehand, Specialized officially unveiled its new Tarmac SL7 earlier this week. 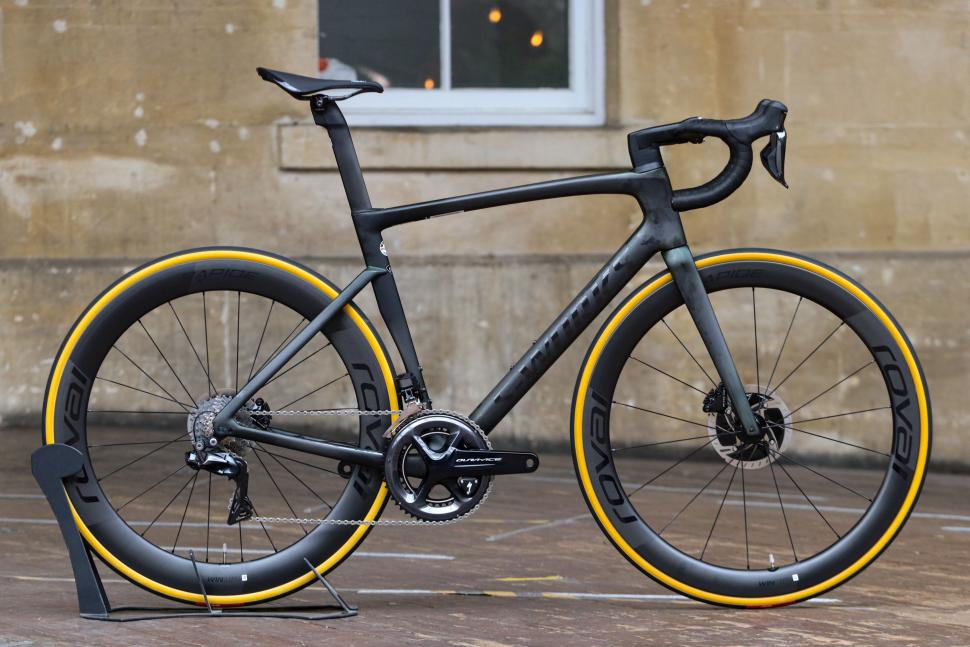 Specialized says that the S-Works version is almost as aerodynamically efficient as its current Venge aero road bike while being at the UCI's minimum weight limit for racing. The US brand will be offering the Venge only as a frameset in 2021 – not as a complete bike – so we'd be surprised if either of its two World Tour teams continue to use that platform.

Essentially, Specialized has taken its lightweight Tarmac bike and made it more aerodynamically efficient.

"By targeting the tubes that truly impact the aero performance of the frame – whether it's the seat tube, the seatstays, the head tube or the fork blades – all with shapes from our FreeFoil Shape Library [the collection of airfoil shapes that Specialized has developed], and then mating them with the fastest components that we have at our disposal and integrating the cabling, we created a package that is 45secs faster over 40km than the Tarmac SL6," said Cam Piper, the product manager behind the Specialized Tarmac SL7. 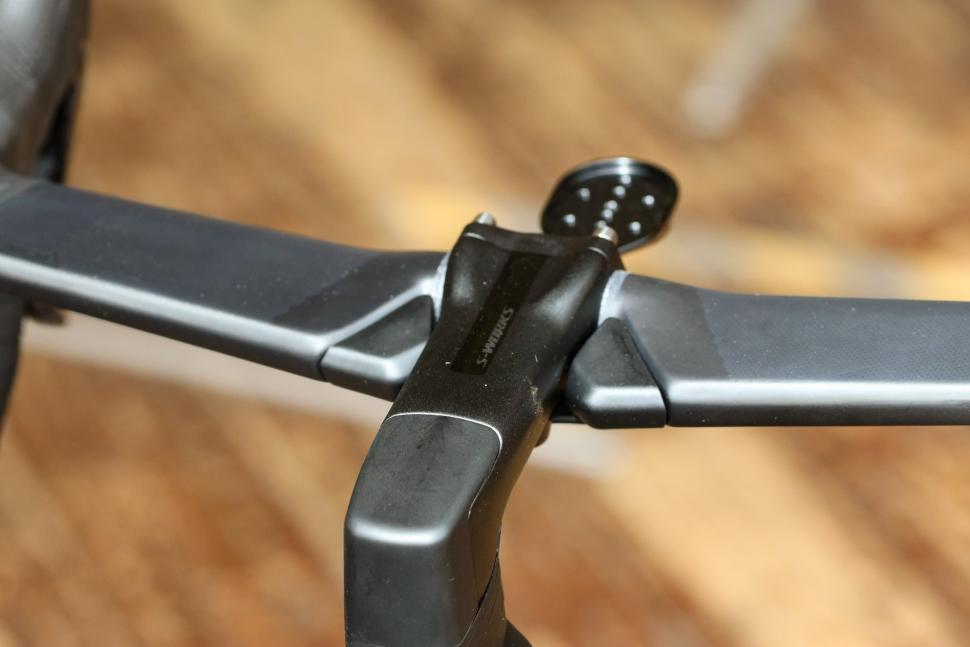 The components he's talking bout are the SL7's Aerofly II handlebar – borrowed from the Venge – a new Tarmac stem, and Roval Rapide wheels. Get all the tech details on Specialized's S-Works Tarmac SL7 and check out our First Ride Review. 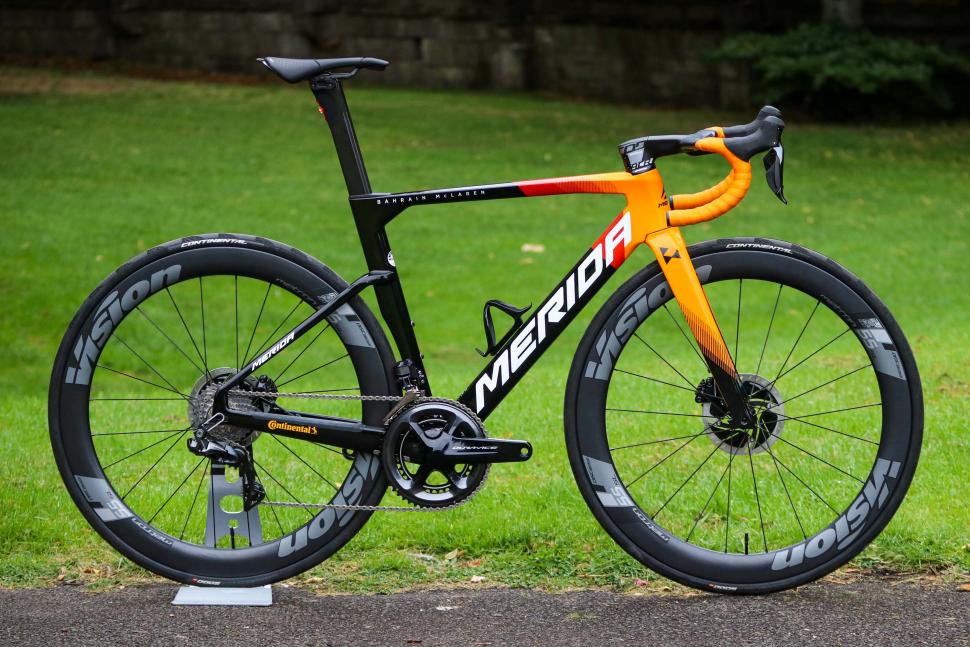 The fourth-generation Reacto has a fully integrated front end (the cables are internal) which is said to save the equivalent (in terms of aero efficiency) of two watts. Merida claims that a new fork, with a crown that is tucked further than previously into the junction of the head tube and down tube, also saves you the equivalent of two watts. 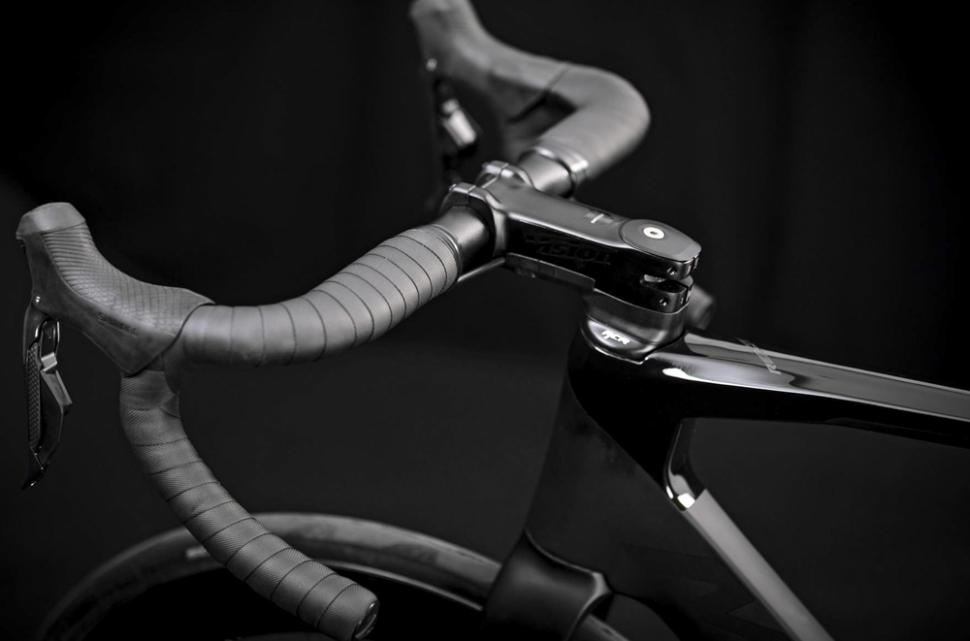 The seatstays have also been lowered for further drag reduction, the disc brake coolers have been made more streamlined, and there's now enough clearance for 30mm tyres.

Get the the technical details of Merida's 2021 Reacto and read our 2021 Merida Reacto Disc Team-E First Ride Review.

NTT Pro Cycling uses bikes from BMC, the Swiss brand having launched a new version of its Teammachine SLR a couple of weeks ago. 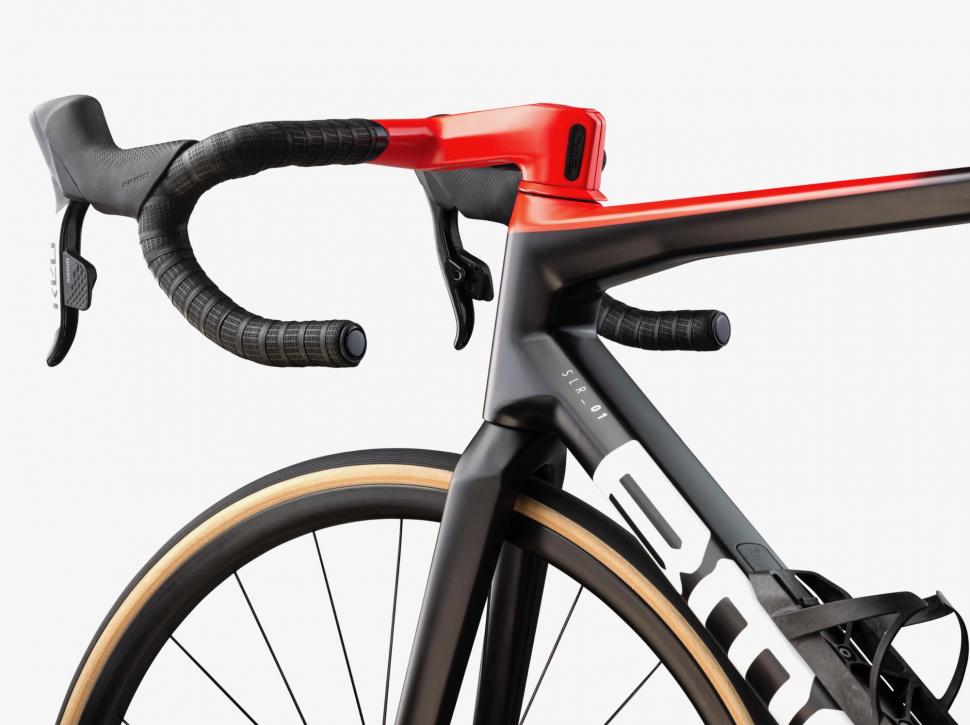 "Aerodynamics has integrated every component into the design for a high-performance package. The latest developments of the revolutionary ICS cockpits and D-shape seatpost, combined with newly designed down tube and fork, fulfil BMC’s unfailing motivation to create the ultimate all-round race weapon.

"The new down tube features a greater overall surface area with reduced edges, to reduce drag while maintaining stiffness. 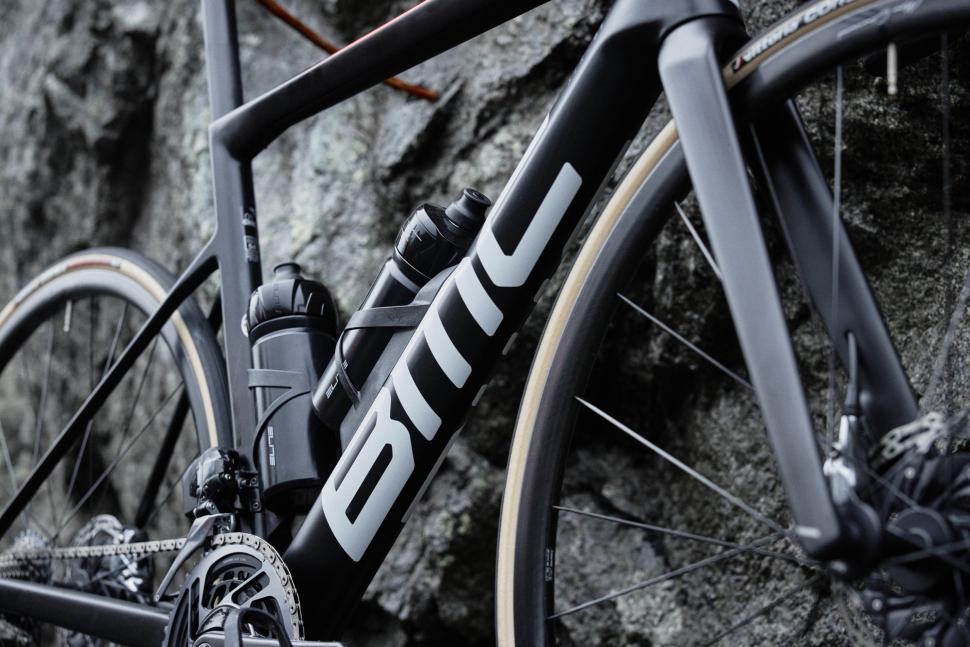 "A crucial element to the aerodynamic performance, the fork has been totally reshaped, based on the outcome of the ACE+ software and the learnings of the Timemachine Road. The blades are now flatter and truncated at the back and a stealth dropout design with an integrated thru-axle nut shows that high technical proficiency can go hand in hand with beautiful and minimalistic design."

Team Sunweb riders are likely to be aboard the new Cervelo Caledonia-5 in races that feature cobbles and other rough roads – so Paris-Roubaix, for example, and perhaps Strade Bianche. 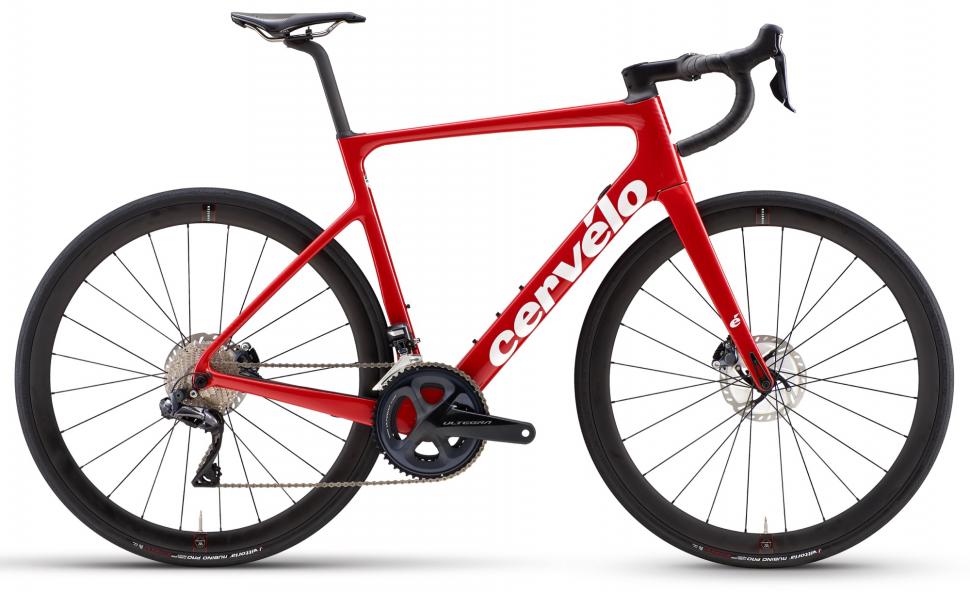 "[We have] applied knowledge gained from [our] extensive library of tube shapes to create a race bike that excels on variable road surfaces, striking a balance between durability, light weight and aerodynamics," says Cervélo.

"Stiffness has been tuned to match that of [our] Aspero [gravel bike], while tube shapes have been placed in a layout that achieves the desired compliance to counter the frame deflection experienced by this rider. 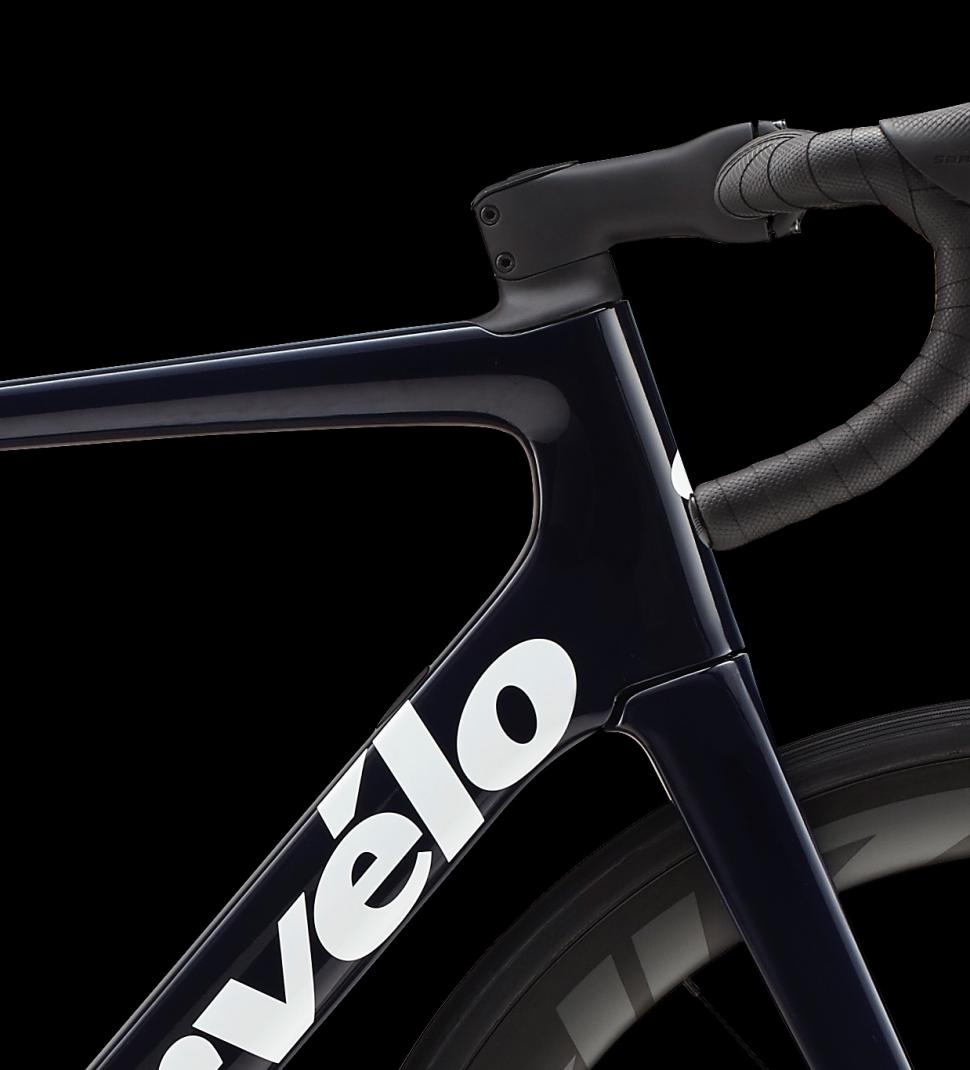 "Geometry has been designed to slow down the handling informed by a specific use case, Paris-Roubaix, making the rider more comfortable, more confident and faster.

The Caledonia-5 and the more accessible Caledonia have clearance for tyres up to 700 x 34mm.

The seat tube angle is about the same as on Cervélo's R-Series road bikes, but the head tube angle is 1° slacker and the fork offset is larger. The chainstays are also a little longer, increasing the wheelbase. The idea is to add more stability.

Find out all about the Cervélo Caledonia and Caledonia-5 here.

All of the bikes mentioned above will certainly feature in World Tour races over the coming weeks, and there's a possibility that we'll see new/updated models from other brands too.

Canyon's updated Aeroad aero road bike has yet to be officially launched, for example, although it was added to the UCI's list of approved frames last September.

Other big brands have yet to reveal major new road race bikes this year. We've not seen anything from Cannondale, Bianchi or Scott, for example, nor from Pinarello, Colnago or Ridley.

Perhaps some of these brands will unveil updated models over the coming weeks, or maybe any planned releases will be shelved until next year.

Most WorldTeams use Shimano Dura-Ace Di2 groupsets. We're expecting a new generation of Dura-Ace to be launched next year, although there's always the chance that one of Shimano's sponsored teams will be using it before the end of 2020.