Shimano expert talks new Dura-Ace and Ultegra groupsets: find out everything you need to know

We've told you our interpretation of what Shimano has said about its new Dura-Ace and Ultegra groupsets... now it's time to hear from a Shimano expert himself. Liam Cahill caught up with product manager Tim Gerrits for an in-depth chat about the new groupsets, bars and wheels. 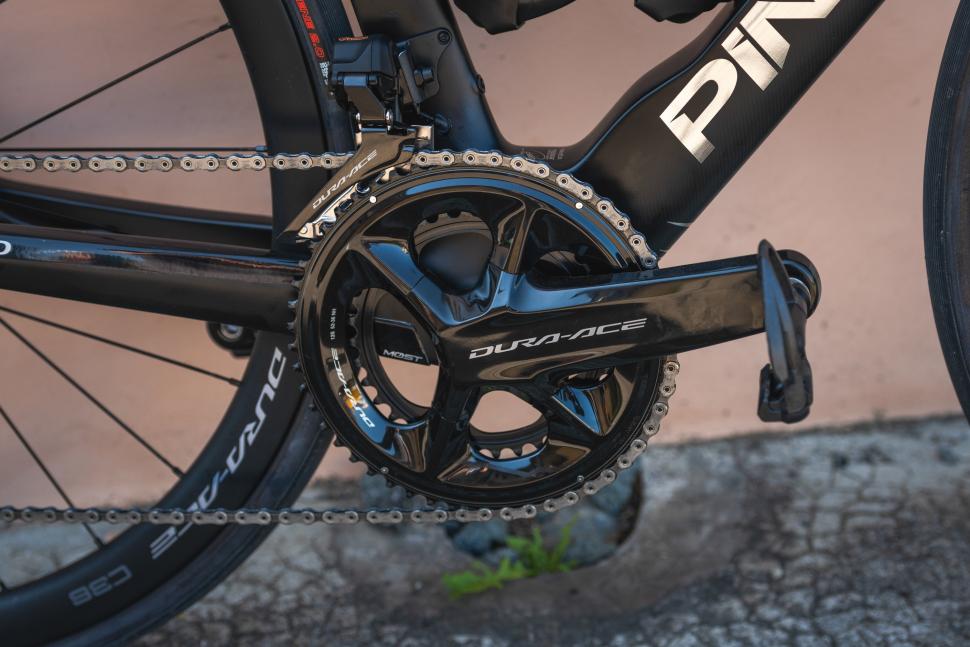 If you've been following the launch and all our coverage off the back of it, you'll know that both the top-tier Dura-Ace and second-tier Ultegra groupsets are now only offered with electronic shifting. They're also both 12-speed, and the shifting is now a semi-wireless system that is claimed to be faster than ever, with a new shifter profile.

"It [the shifter] is hiding a wireless communication towards the drivetrain. But that's not all, it hides a lot of technology on braking and much better ergonomics," says Tim.

"Being able to control the brakes and the shifters from in the drops and on top of the hoods with multiple positions.

"...the brake lever gives a better control ration using Servo Wave technology, which is a different actuating ratio due to a smart cam system that we have on mountain bikes, that allows you better control of the brakes." 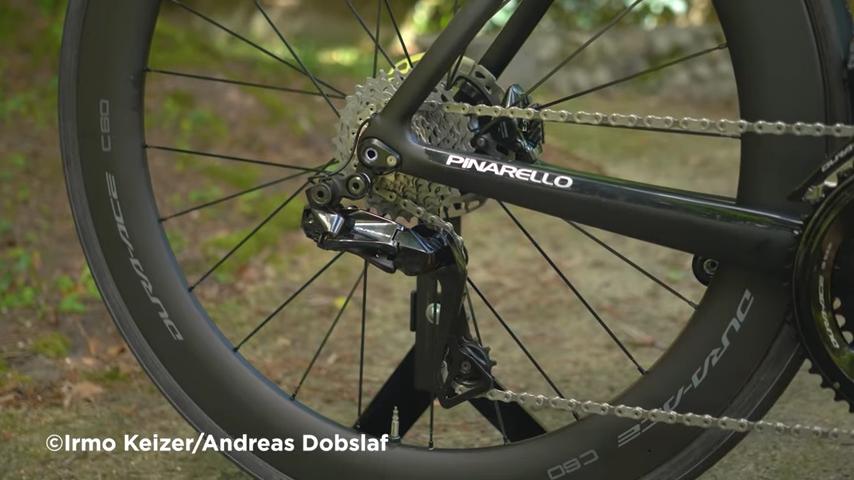 Tim also explains further about the new wider gear ratios with less faff needed to access them - the new 11-34t cassette option can be mixed and matched with any chainring size, including the biggest 54-40t, which saves home and pro team mechanics a lot of headaches switching to specific long cage derailleurs to fit wider cassettes:

“That was one of the demands we’ve seen in racing. Guys in hot stages in the Vuelta, they didn’t want to redo the whole bike the teams when they had to go up mountains. Especially the guys who were dropping and saving their legs for the next stages.

"They wanted to be able to pedal with a high rotation. Then they had to switch out all their derailleurs for an Ultegra long cage version which was undoable.

"Pro riding taught us that this combination of a racing gear but possible to combine with a climbing gear really helps, and it’s one package.” > Are the new Shimano Dura-Ace and Ultegra groupsets a disappointment?

Remember those untidy junction boxes hanging about underneath your stem? That's fully a thing of the past, with the junction box on Dura-Ace 9200 and Ultegra R8100 moving to the rear derailleur:

“Every operation on that button is exactly the same as the normal junction box, it’s simply moved,” Tim clarifies.

The quotes above are just three things Tim addresses that you might have missed from our launch stories, first ride and podcast episode. The full Liam Cahill grilling is over 12 minutes long, so just press play on the video for more.