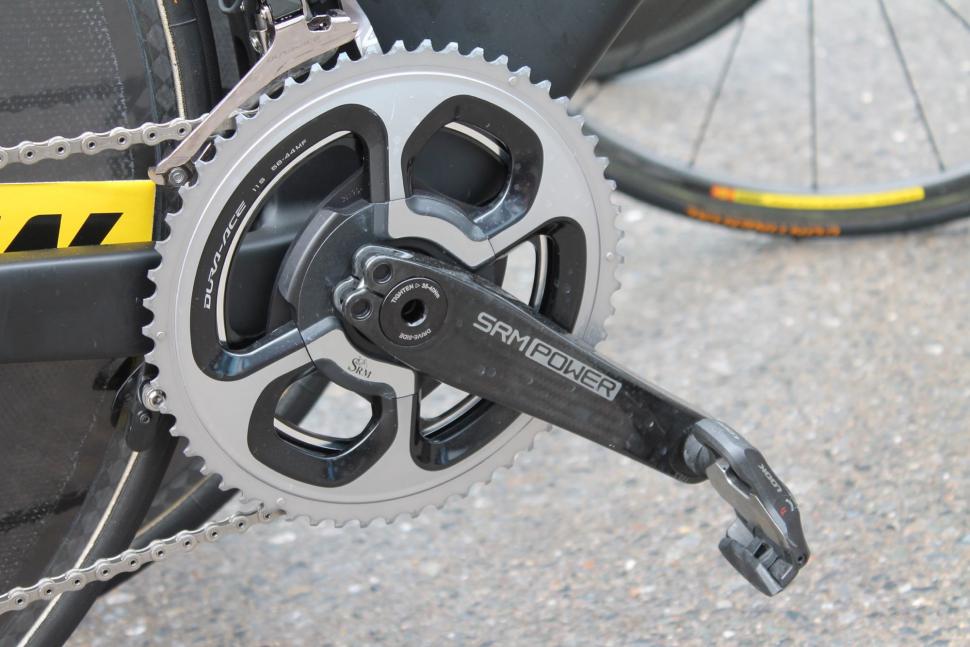 Check out how the pros are measuring power in this year's Tour de France: SRM, Stages, 4iiii, power2max, Quarq...
by Mat Brett

Power meters have been a part of the Tour de France landscape for years, but whereas just a couple of brands used to dominate the peloton, these days a whole lot of different models are used by the pros. Here are some that we’ve spotted in this year’s race. 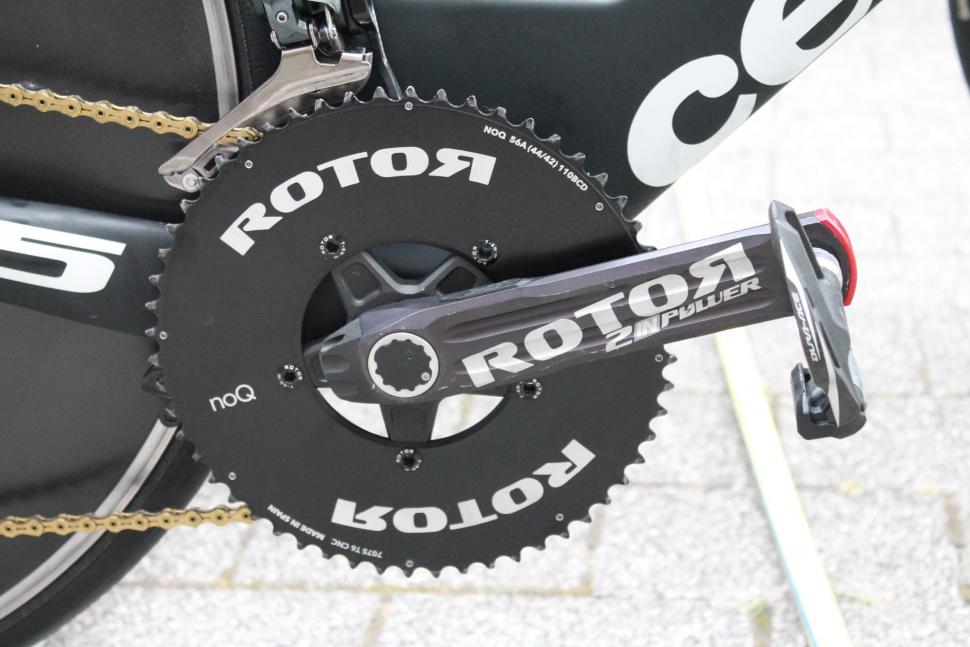 The left leg is measured through axle-based strain gauges while more strain gauges on the driveside crank arm measure the right leg. Although these are round chainrings on Edvard Boasson Hagen’s TT bike, 2INpower is compatible with Rotor’s oval Q-rings The battery is USB rechargeable. Team mate Mark Cavendish (who crashed out of the race at the end of Stage 4) doesn’t have Rotor cranks fitted to his Cervelo S5, though. You don’t have to look too closely to see that this is an SRM power meter using Shimano Dura-Ace 9000 series cranks. The mechanics have stuck a bit of electrical tape over the branding for sponsorship reasons but it’s still easily identifiable. 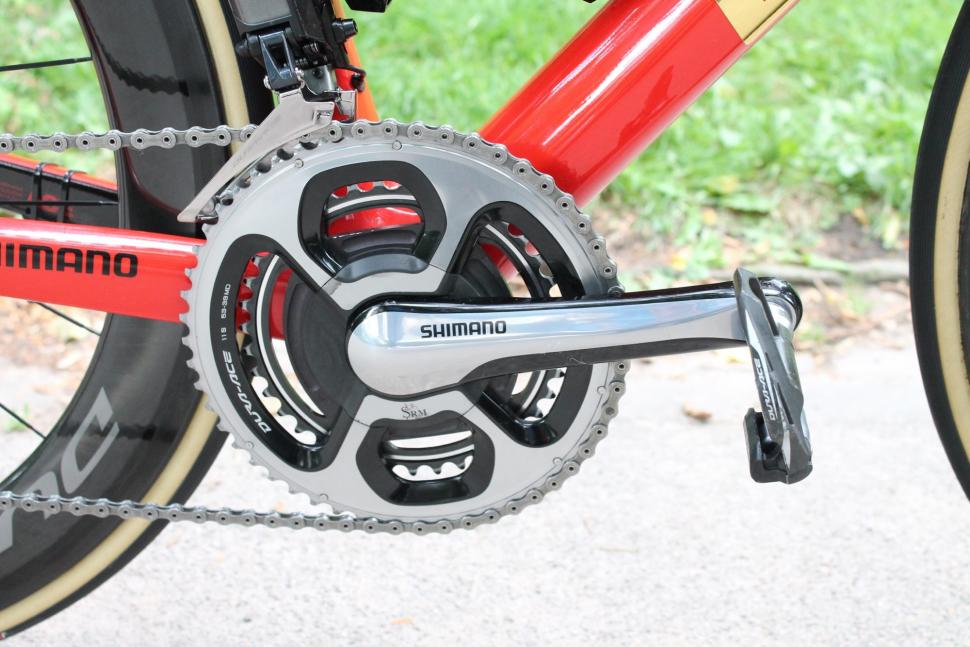 BMC Racing’s Greg Van Avermaet uses the same setup… but without the tape! 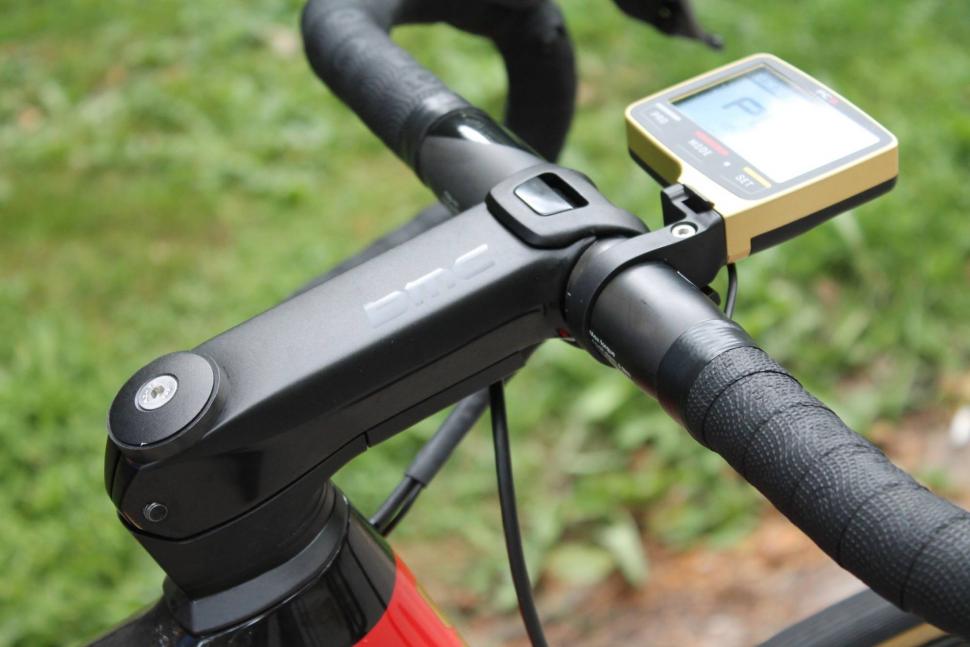 His SRM head unit is gold to match other detail on his bike in recognition of his status as Olympic champion.

This AG2R TT bike (hence the 56/44T chainrings) is fitted with an SRM power meter and carbon cranks from Look with Trilobe technology; the pedal tightens into an insert that allows you to set the crank length at 170mm, 172.5mm or 175mm. The crank arm, including the Trilobe insert, weighs a claimed 127g. 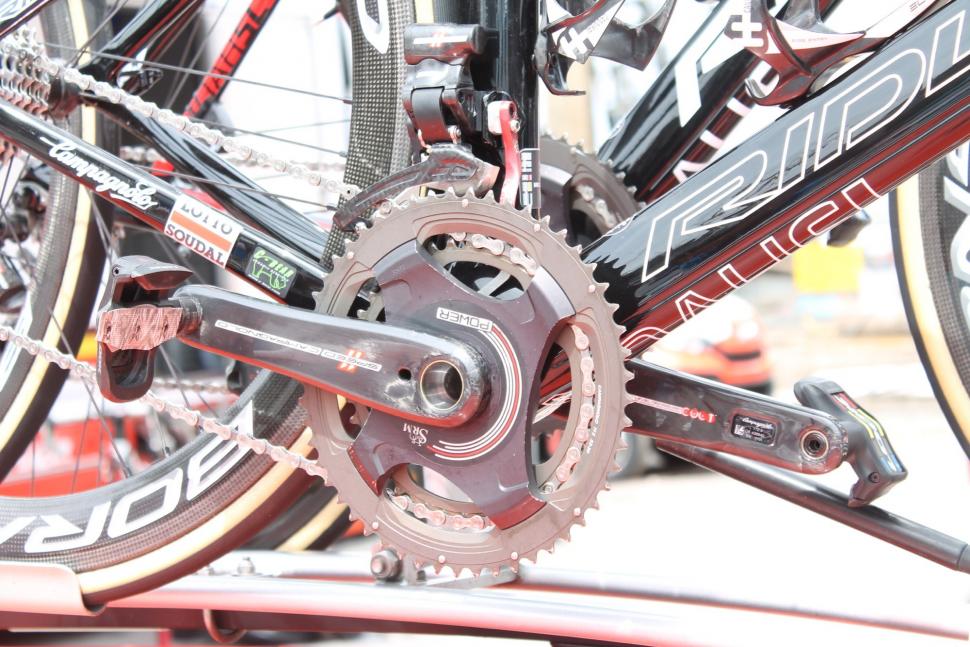 Lotto Soudal uses SRM power meters too, although they’re paired with Campagnolo cranks. This is one of Andre Greipel’s bikes. 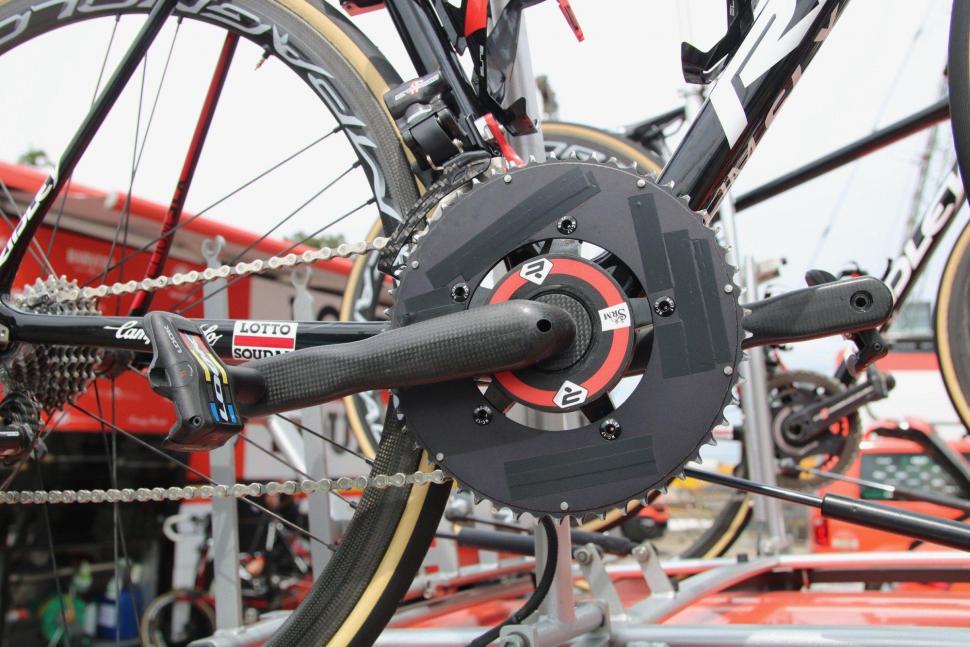 The team’s Adam Hansen, however, uses cranks in a length not supplied by Campag so these are from Lightning Cycle Dynamics. He still uses an SRM power meter (and a whole lot of tape to cover up branding on the chainrings). 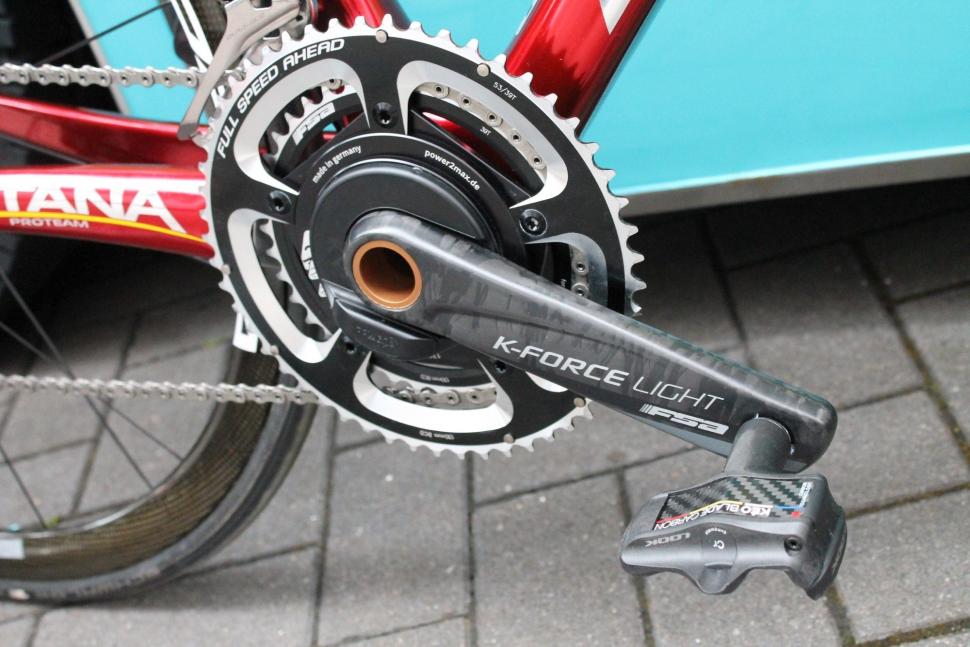 The power2max system replaces the spider between the crank arm and the chainrings with a unit that uses strain gauges to measures torque. It transmits to a head unit via ANT+. 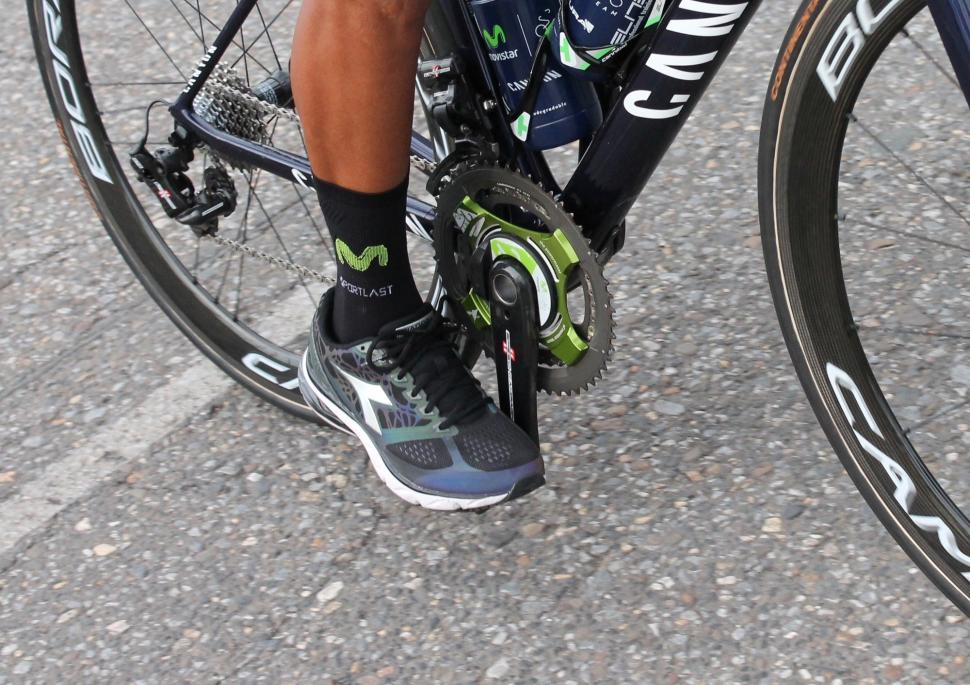 Nairo Quintana’s bike (pictured at the team presentation before the Tour’s Grand Départ, hence the trainers) is fitted with power2max too, this time in a Movistar green four-bolt version with the team’s Campagnolo cranks. power2max power meters automatically update the zero offset when you stop pedalling for 3secs or longer to ensure accuracy throughout a ride. 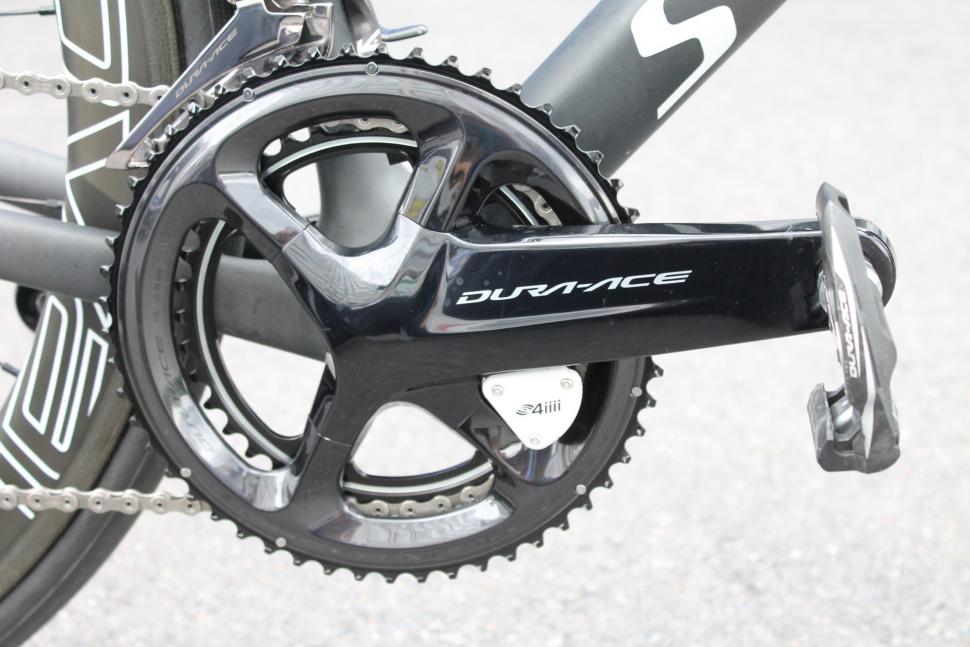 Quick-Step’s power meters are 4iiii Precision. Strain gauges in the crank arms are used to calculate power here (similar to Stages, below) and the results are sent to a head unit via Bluetooth Smart or ANT+. 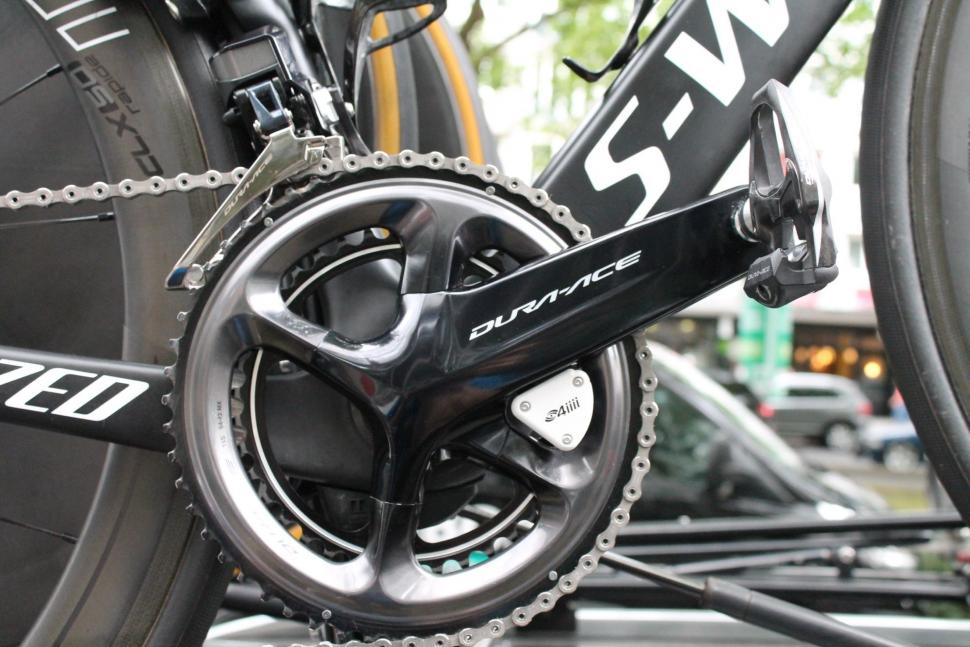 4iiii Precision was originally single-sided, measuring just the non-driveside – and that version is still available. The pros, including Peter Sagan (this is his Venge, above), now use Precision Pro which is dual sided. 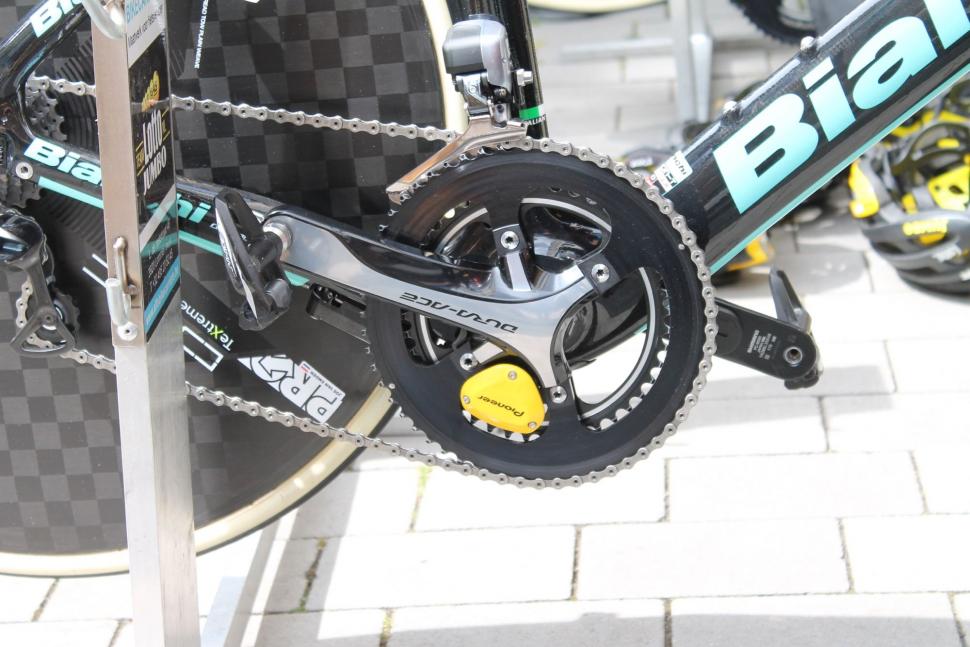 Pioneer supplies the power meters for LottoNL-Jumbo. The crank-based Pioneer system measures force and direction of force measurement 12 times per revolution and can display force in real time, so you can use it to analyse your pedal stroke. 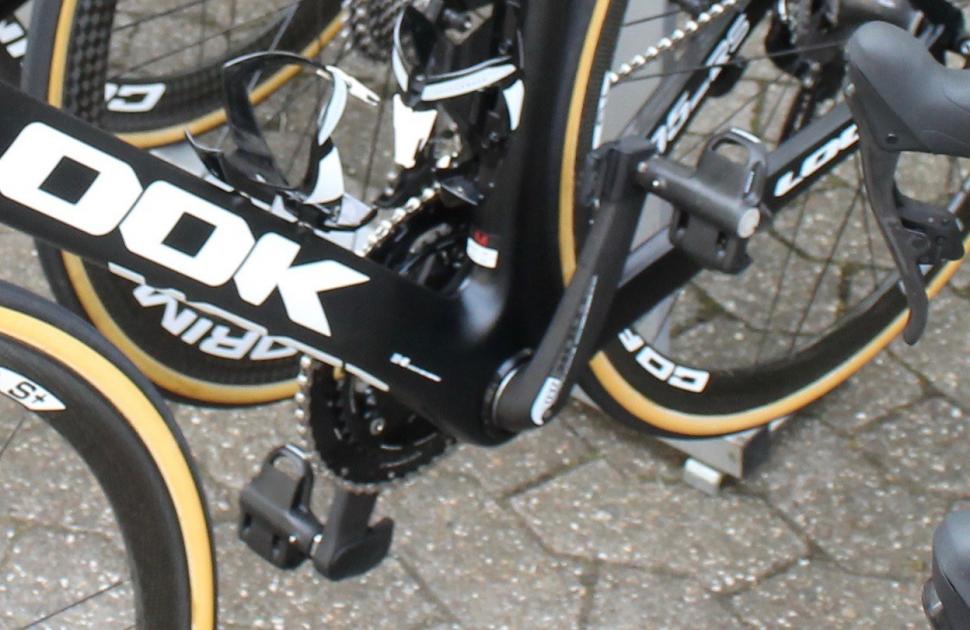 Fortuneo-Oscaro use Look’s Kéo Power Dual Mode pedals (we didn’t get a good close-up photo at the Tour so here’s one of Look’s own, below). 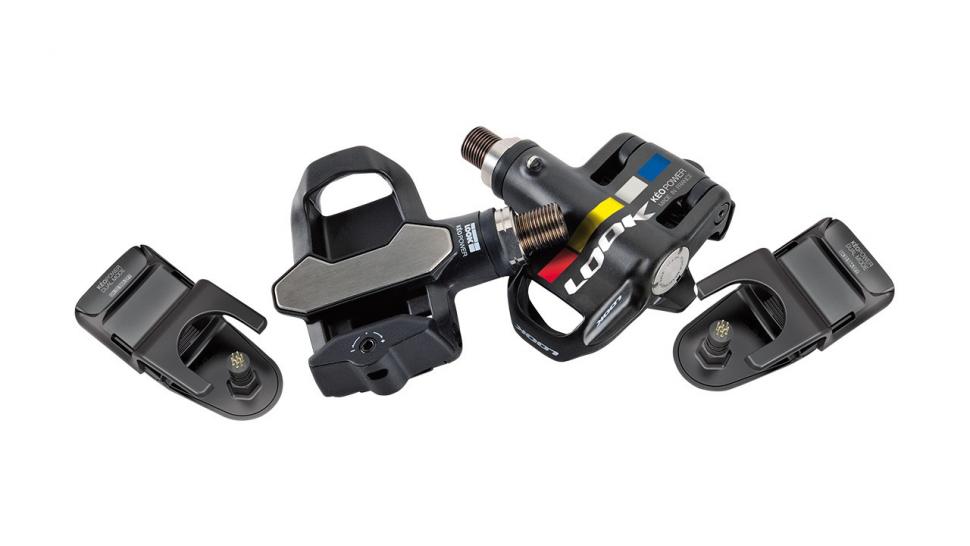 Eight strain gauges inside each pedal axle take measurements that are relayed to a head unit via little pods attached to the crank arms. Look says that the system adds 150g compared to a pair of its non-power high-end pedals. 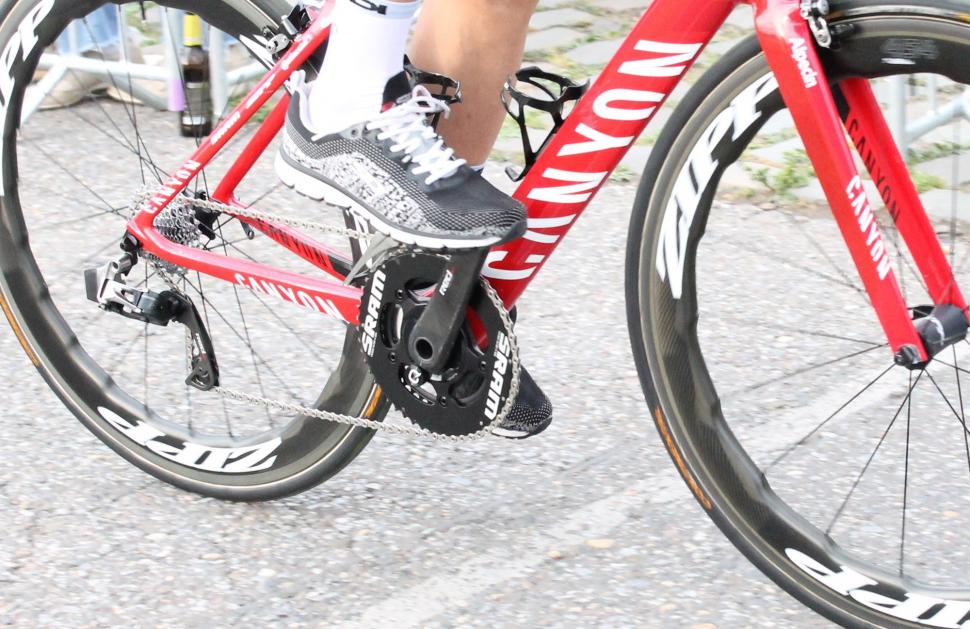 Katusha-Alpecin use SRAM Red eTap groupsets with SRAM’s own Quarq power meters. Quarq is a crank spider based system that’s compatible with every bottom bracket out there. 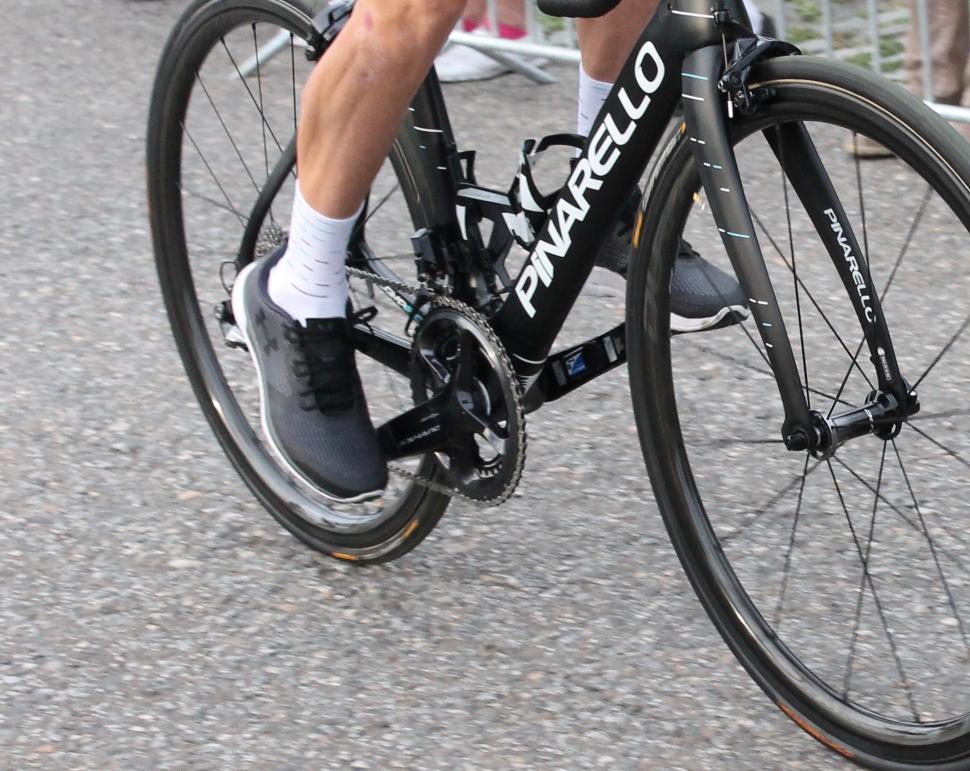 Team Sky uses Stages power meters (this pic was taken at the team presentation, hence the non-riding shoes). The Stages system relies on strain gauges on the non-driveside crank arm to provide power measurement (although a dual-sided system is being trialled).

Here's a pic from Stages where you can actually see it properly! One of the advantages of Stages is that it’s tiny (65mm x 30mm x 10mm) and lightweight, adding less than 20g.

Read our review of the Stages Power meter here. And find out about the new Stages Dash GPS computer and Link web platform here.

Check out our guide to choosing a power meter here.