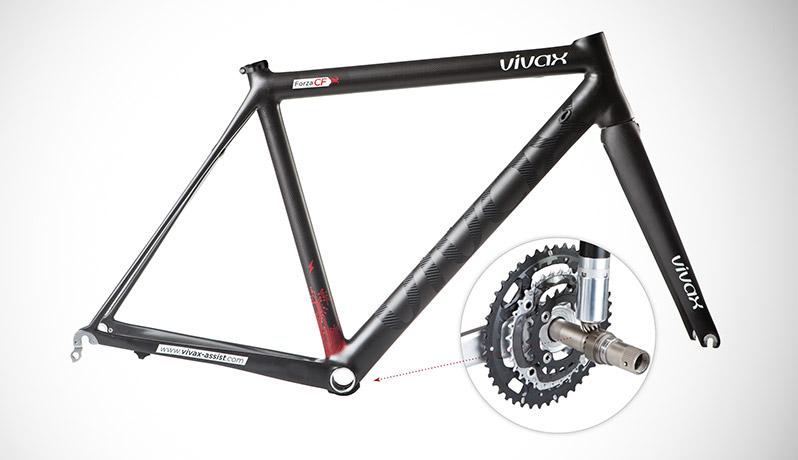 Mechanical doping: All you need to know about concealed motors

Concealed motor systems, how's it done, can you motor dope a road bike?
by

You’ll no doubt have read the shocking news over the weekend of the UCI detaining a bike at the cyclocross world championships due to a suspected motor hidden inside the frame. But just how easy is it to hide a motor in a bicycle frame without anyone noticing and how does it work?

What is mechanical or motor doping?

As the name suggests motor doping is using an electric motor hidden in the bicycle frame to boost performance. Motor doping is part of a much wider form of cheating known as mechanical doping.

No surprise then that it’s very much against the rules of bicycle racing. In UCI speak it’s called technological fraud which is prohibited under article 12.1.013 of the UCI's rules on Discipline and Procedures. That article doesn’t actually mention motors at all is simply says that teams and riders must use bikes that are in compliance with article 1.3.010 on page 62 of the UCI regulations on the General Organisation of Cycling  regarding propulsion:

"The bicycle shall be propelled solely, through a chainset, by the legs (inferior muscular chain) movingi n a circular movement, without electric or other assistance."

(Rather confusingly article 1.3.010 of the UCI’s rules on frame and fork approval also talks about what constitutes a UCI compliant bicycle but in much more general terms.)

Anyway back to the case at hand article 12.1.013  sets out the penalties if teams or riders are found to be using bikes that don't comply with article 1.3.010  it doesn't actually specify whether that is article 1.3.010 of the General Organisation of Cycling or 1.3.010 of the Protocol for frame and fork approval - but it's a safe bet to assume it's the former.

So what does article 1.3.010 of the UCI technical rules say about motor doping? Er, nothing - it’s part of the preamble to the preamble to the UCI’s frame and fork approval protocol which sets out what the UCI will and won’t approve. So a team trying to use a special frame - passed off as being from their official supplier would be guilty of technological fraud. Basically if the bike frame you turn up to a UCI sanctioned race doesn’t have UCI approval in the UCI’s eyes you’re guilty of technological fraud.

A couple of years ago, at the annual Eurobike show in Germany, I wandered past a small stand with a bicycle displayed with sections of the frame removed. Curiosity piqued, I moved in for a closer look and there, hidden in the bottom bracket and seat tube, was an electric motor. 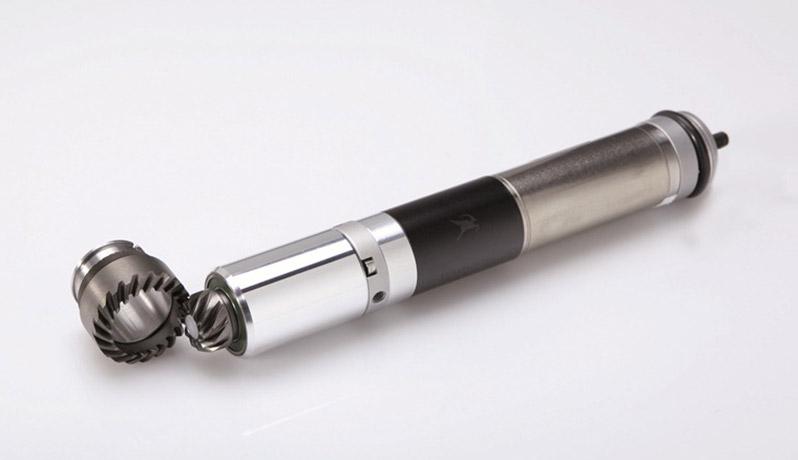 It was the Gruber Assist, now known as the Vivax Assist, an Austrian company that demonstrated that it’s perfectly feasible to put a motor inside a bicycle frame with no apparent external changes or visual clues to what is inside the frame. It’s a long way from the bulk of a regular e-bike.

“With the Vivax Assist  you can invisibly transform your racing bike into an e-racer,” boldly states the company on its website.

Now I’m not for a moment saying that the ‘mechanical fraud’ that occurred over the weekend involved a Vivax Assist. But what this shows is that the technology exists, and can be purchased, to add power to a regular bicycle frame with few modifications.

Vivax has targeted recreational cyclists with its products, people who want to take up cycling but perhaps are worried about not being fit enough to cycle a reasonable distance or tackle hills, or are coming up to retirement age and want to enjoy cycling without the physical demands. 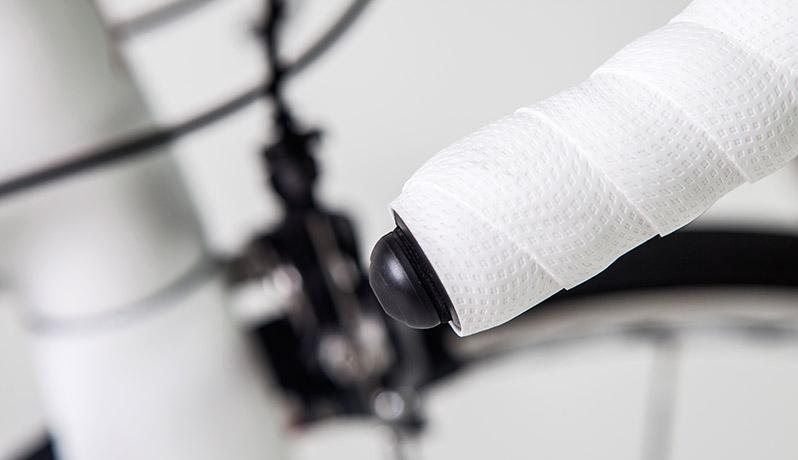 It’s powered by a battery that can either be stored in the water bottle or saddle bag, providing between 60 and 90 minutes of run time. The company offers an Invisible Performance Package that is a bit lighter, with a water bottle battery and a mini button integrated into the handlebars.

One small detail is that the motor only fits a frame with a 30.9mm or 31.6mm seatpost. That rules out a quite lot of bikes, as the industry is slowing shifting towards 27.2mm on many new bikes. Femke Van den Driessche races a Wilier Carbon Cross bike which has a 31.6mm seat post.

However, it’s not impossible to imagine that a very small battery, one the size of a Di2 battery, for example, could be adapted and stored in the seatpost or in the frame. That might provide enough juice to provide a few short bursts of power. And in a race lasting no longer than an hour, that might be sufficient. I’d imagine if one was using a motor in a cyclocross race, that you’d use it in short bursts over the tougher sections of the course. A bit like Formula One’s KERS boost button. That might also help to overcome some of the weight penalty. Some race bikes are light enough that lead ballast is needed to ensure they’re compliant with the UCI’s 6.8kg minimum weight limit, so adding extra weight might be less of a weight penalty that you’d think. Especially if you’ve got a bit of extra power at your fingertips.

In fact, Vivax showed the 10kg Veloce road bike a few years ago, and it wouldn't be too tricky to go lighter than that.

One of the issues apparent with Vivax Assist is the noise, but reducing the noise is surely not an insurmountable technological obstacle to overcome, and the Assist has been getting increasingly quieter, according to some reports.

The Vivax Assist isn’t cheap. It retails for €2,699 with the Invisible Performance Package adding an extra €499 on top of that. Installation isn’t all that straightforward, and as mentioned the bike must have a 31.6mm seatpost for it to be compatible.

Are there other similar systems? One that surfaced more recently is the Typhoon, reported by the Telegraph last summer. It appears to be based on the same principles as the Vivax Assist, with a motor concealed in the down tube and a battery inside the bottle, with an activating button on the handlebars. It costs a staggering £8,500 for a complete carbon fibre bike and the motor and battery adds 1.8kg to the weight.

Whilst such products are developed with honest applications in mind, to help cyclists that don't have the fitness to get up the climbs, for example, any technological development is open to abuse from those seeking a sporting advantage. It remains to be seen how easily such a product could be added to a bike without the mechanics and team managers being complicit, though.

How can mechanical doping be detected?

The UCI has been concerned about the potential for motor doping or technological fraud as the UCI like to call it for some time. The UCI trialled a new type of scanner this weekend (although it has not confirmed whether it was responsible for detecting the concealed motor). In fact the UCI actually started scanning bike frames for motors as far back as 2010 after Chris Boardman demonstrated how a motor could be concealed in a bike frame to the UCI’s management committee.

Some have suggested that the UCI's frame 'scanning' program probably amounts to running a magnet over the seat tube - although how much magnetic material is contained in something like a Vivax system is up for discussion it might not be much more than the gear that engages with the bottom bracket. That said, it is perhaps telling that the UCI latest scanner is supposed to work by detecting changes in mechanical resistance.

High tech gadgetry apart there are potentially two other big giveaways for a motor doped bike.

Most obvious of all is the noise it is going to produce. Okay, great strides may have been taken in reducing that noise, but the Vivax is certainly not silent - and we'd imagine the peloton's infamous Omerta would be hard pushed if a rider suddenly glided out of the pack on off down the road acccompanied by a high pitched whining sound from the vicinity of his bike's bottom bracket.

The other potential giveaway for such a system - as we have already mentioned - is its weight. Admittedly the UCI's 6.8Kg overall bike weight rule does allow for some wiggle room here, particularly if those attempting to cheat are using a custom system – which seems most likely. Even so the number of bike frames that are light enough to accommodate the motor without going over the limit and have the required seat tube diameter is likely to be small.

Which cycle racing discipline is motor doping best suited to?

The first recorded case of motor doping has been cyclocross, due to the UCI trying a new detection technique and getting very lucky. Is a concealed motor best suited to the demands of cyclocross racing , and are its benefits (if we can call it that) of equal use to road racing, crit racing, time trials and mountain stages?

For anyone that has raced cyclocross, you’ll know it’s about short surges of very high power on very technical courses with lots of dead turns. Could the assistance provided by the hidden motor provide enough of an advantage in these sections to provide a small speed increase, or equally to decrease the power output required to keep up with the other racers, and save energy for the later stages of the race? Cyclocross races are also short, which favours a small and light battery. There are also the bike changes to consider, which could work in the favour of anyone trying to use a race bike with a hidden motor.

There have been accusations of hidden motors in road races before, most famously Fabian Cancellara in Tour of Flanders and Paris-Roubaix back in 2010. Would a hidden motor offer as a sizeable advantage in long stages or one-day races, when you’re likely to be on the bike for 4-6 hours?  It's difficult to say with any certainty.

The battery is unlikely to last long the entire distance either, so like in cyclocross, it would have to be used strategically to get the most benefit. You would have to factor in the weight penalty and the extra energy required by the rider to propel the bike when the motor wasn't running, but would that be offset by the assistance the motor would provide in a carefully timed, race-winning attack?

In a stage race the riders have several bikes at their disposal, and sometimes make bike changes during a stage, so this could be one tactic to get the motorised benefit without the drag of lugging the extra weight around the rest of the time.

What we can say is that the weekend’s events demonstrated, that, despite the apparent covert nature of these electric motors, motor doping looks like it's simply too difficult to conceal. But the technology exists and it's only going to get better (longer run time, more power, lighter and quieter) so the UCI could have a challenge on its hands to stamp it out.