8
10
Very bright, really well made and good run-times, but tuning brightness can be awkward
Very bright
Easy to use
Neat, compact design
Cycle of modes for dark rides includes an unusable one
Battery indicator too vague
Weight:
154g
Contact:
magicshineuk.com
How we test

The Magicshine Allty 1500 is a very bright, easy to use and reliable headlamp for flooding pitch-black lanes with light. While outwardly identical to the 1000-lumen version that reviewed so well, it has some important differences that aren't always great.

Not only is it bright enough to make 30mph+ feel perfectly safe on country roads miles from any streetlighting, it's powerful enough to feel as heat from six inches away, the instant you turn it on. 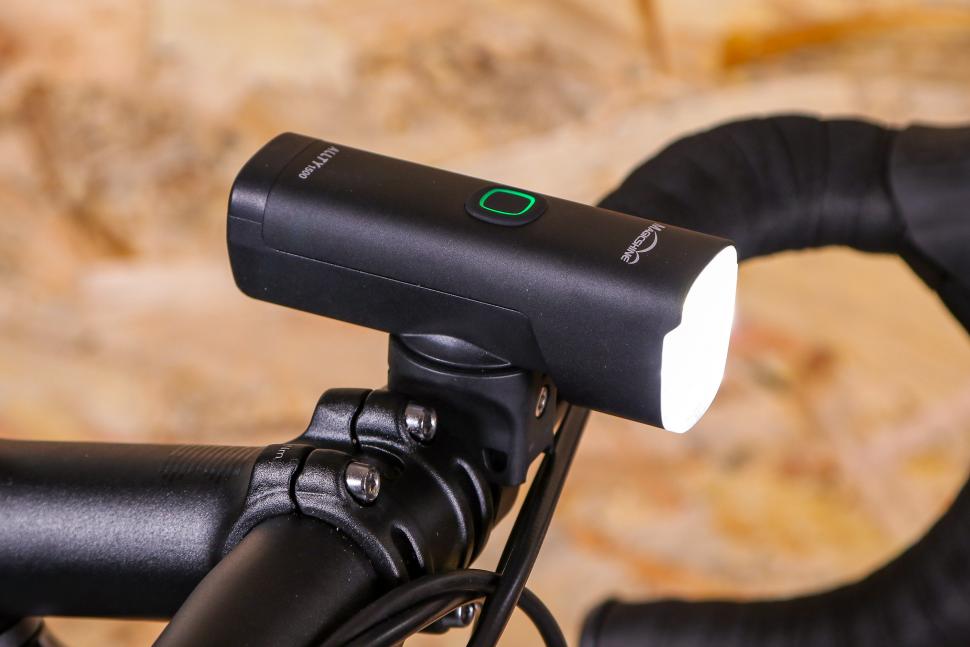 To feed this lighthouse lens, the Allty 1500 gets a greater battery capacity (5,000mAh instead of 4,000mAh) and a longer claimed full-power run-time too – 2 hours as opposed to 1.8. I'd say the reality is closer to the 1.8hr time of its smaller sibling, though, as I could barely scrape two hours even with the last 10-15 minutes (automatically) on the lowest power setting.

This wouldn't be much of an issue if the modes here were the same as on the Allty 1000, but they're not – at least, not quite.

This version still has three main settings plus two types of flash, but instead of a 250-lumen Eco mode it has a 350-lumen Low. Medium is 750 lumens and High is obviously 1500. I found even Low to be fine for pitch black climbs on filthy country lanes, where picking out the worst of the farm debris (mud, gravel, rocks, flat squirrels...) is important.

Medium is good for probably 95 per cent of unlit roads, and High is excellent, hosing light far enough into the distance to make fast descents relaxed.

The Allty also has Magicshine's Daytime Running Light (DRL), which is a separate 25-lumen LED that's on regardless of your main mode.

The biggest difference between the two models is that, on the Allty 1000, you can cycle through the three main brightnesses without ever dropping back to that 25-lumen running light. On the Allty 1500, though, you can't. The next press after 1500 lumens is a world-deleting 25-lumen candle that doesn't even reach the floor.

The solution is to either stop to change modes, or leave the light in one setting the whole ride; neither is ideal. It's odd to find this difference.

On the upside, the Allty 1500 has the same 'double press for flash modes' operation as the smaller version, so you don't have to cycle through them, and the unit restarts in whatever mode you left it.

Another slight difference lies in the battery indicator. It's very clear and bright (without being intrusive) and outlines the large, easily pressed button, but while the 1000 turns from green to red at 31 per cent, the 1500 stays green until you're down at 20 per cent. 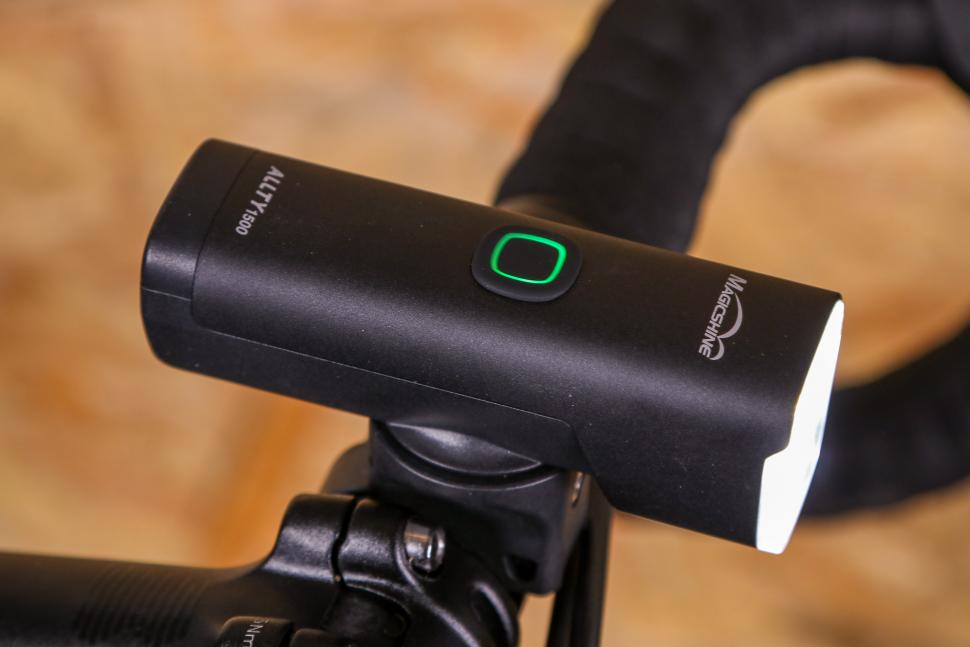 At this point (on full power) it manages around 30 minutes more, before shutting off the main LED in favour of the 25-lumen DRL at 10 per cent remaining. After that you've got less than 15 minutes with the red light flashing before it shuts off completely. I agree with Jamie – the Allty could use an amber intermediate light.

Beyond these things (and the obvious extra output) the Allty 1500 is basically identical to the cheaper 1000. That's in no way a bad thing. It means you get an impressively robust metal and plastic build that can handle even Welsh rain... the IPX7 rating means it withstands 30 minutes in a metre of water.

The quarter-turn Garmin mount means fitting and removal takes a second, while the simple bolt-on clamp is very effective and comes with three lengths of strap. 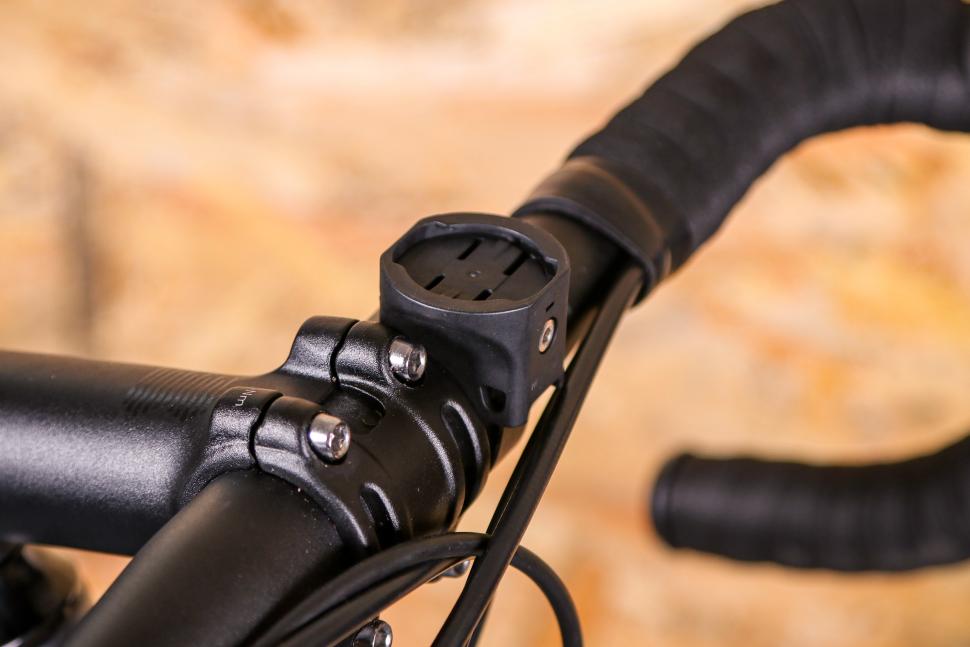 The light body is shaped to fit out-front mounts, which is useful – you still get the shadow of your drops, though, despite the lamp being further forward and only good, rather than stunning, at throwing light to the sides. I found the beam perfect for all but the fastest of tight corners or junctions, though. 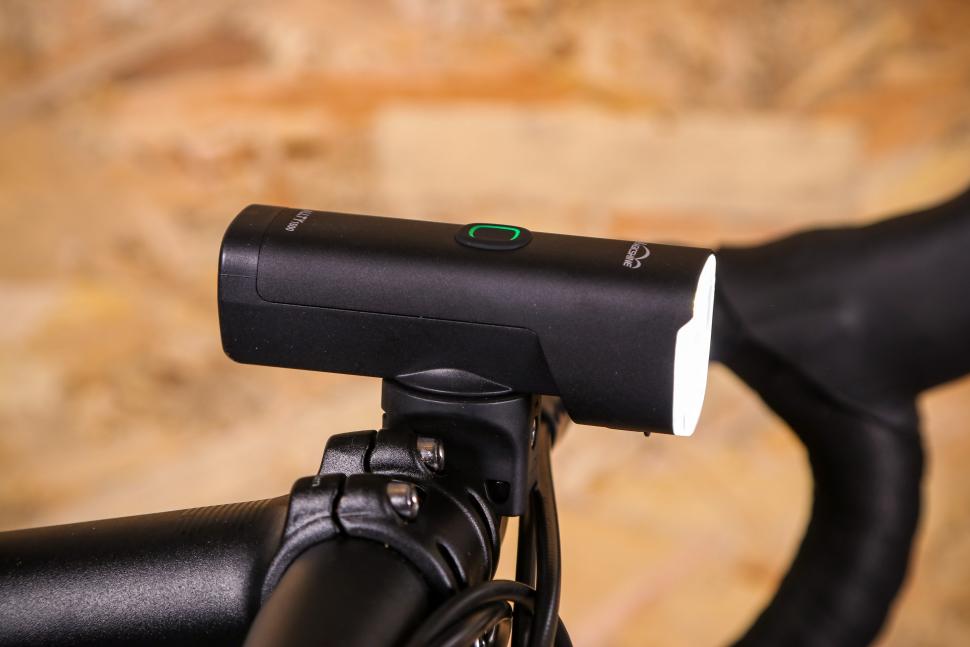 The charging time is a little over five hours at the recommended 5V/1A mains rate, which is on a par for its power and run-times.

The weight is slightly higher than the claimed 133g at 154g, but for the performance that'll be a non-issue for most.

The Allty 1500 also faces strong competition from its own 1,000-lumen stablemate, as it's largely the same and far easier to adjust for output – and consequently battery life – as you ride. It's £69.99.

The Magicshine Allty 1500 is an excellent unit with a very bright and well-shaped beam, good run-times and impressive build quality. Ironically, Magicshine's misstep with the brightness settings means that, while still great, it's slightly outshone by its less powerful sibling.

Very bright, really well made and good run-times, but tuning brightness can be awkward

Magicshine says: "Our newest all in one design bike light with independent DRL (Daytime Running Light), Allty 1500 is a solid choice for road, urban and & commuter cyclists, as well as a helmet light for a MTB setup."

2 hours runtime on full brightness mode, up to 30 hours on DRL alone

All in one integrated design, 133 g in weight

One button with an integrated battery light. Couldn't be simpler.

Visibly well sealed, and has a deep rubber bung for the USB port. Rated IPX7 – can handle being one metre under water for 30 mins – so no concerns.

It just squeaked up to the 2hr claimed run-time on full power, and recharging is on a par... but that means slow, at over five hours via the recommended mains-fed 5V/1A charger.

Gives a clear and well-focused beam that's bright enough to leave your speed unaffected on unlit country lanes. It could spread just a tad wider for fast but tight bends/junctions, but not by much.

Alloy top/front and rugged plastic lower give no cause for concern. Has passed the 1m drop test, Magicshine says.

Perfectly acceptable for the power.

Impressive price for the spec and performance.

Very well indeed – the beam is clear and bright with no dark spots, and the side lighting is just about right; only the tightest, fastest corners leave you slightly in the dark. You shouldn't have to cycle through the 25-lumen daytime setting to dip to the more efficient output settings, though. Especially given the full beam's sub-2hr run-time.

Can't dip from full power without going though a 25-lumen mode you can't see anything with.

The Allty 1500 also faces strong competition from its own 1,000-lumen stablemate, as that's still very bright and is far easier to adjust for output – and consequently battery life – as you ride. It's £69.99.

This is an excellent light in almost every area, and while you could overlook the too-basic charge indicator (Magicshine is not alone there), it's harder to ignore the not-bright-enough-to-ride-by daytime setting being included in the cycle of seriously bright modes. If it were not, this would be a nine, just like the Allty 1000, but it's an issue that has to impact the score. It's still a very good unit, though.