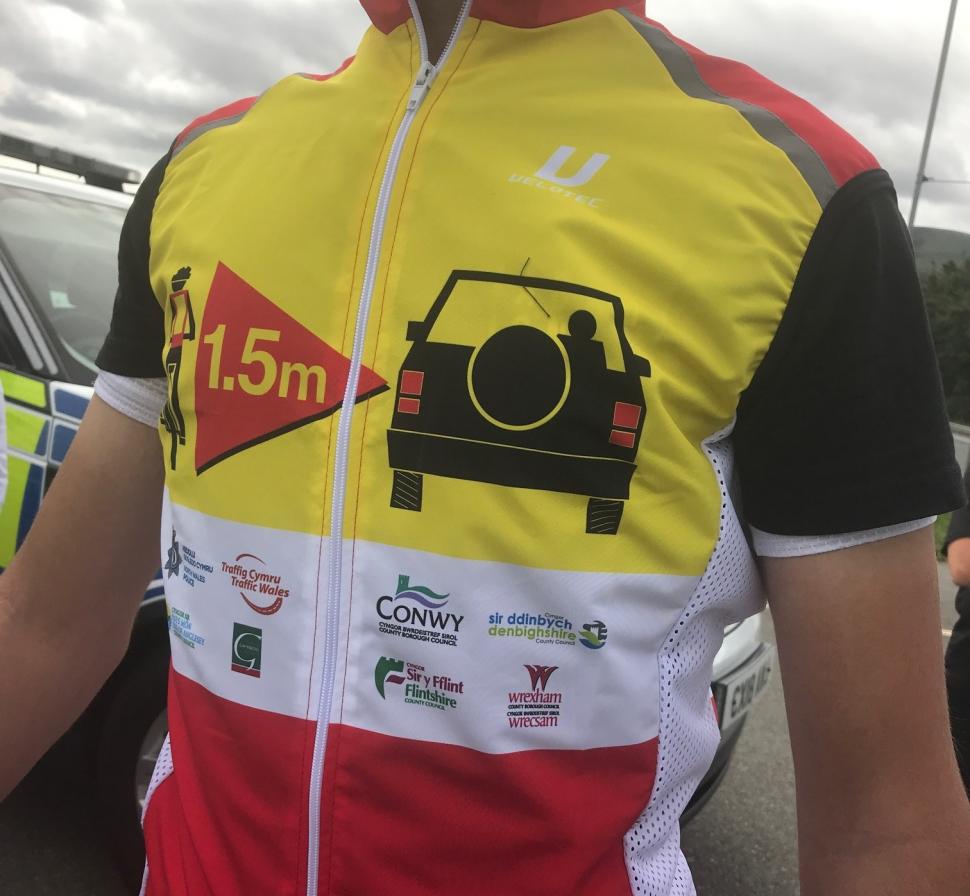 Brightly-coloured gilets featuring the 1.5m safe passing logo are to be handed out to cyclists in dark clothing as part of a new road safety initiative by North Wales Police, local authorities and the Welsh Government’s Traffic Wales service.

Traffic Wales says it has seen between a three- and four-fold increase in cycling in some parts of Wales’ trunk road network during lockdown.

However, North Wales Police appears to believe there is an issue with many wearing only dark clothing.

Sergeant Trystan Bevan of the Roads Policing Unit said: “During the lockdown it was noted by patrolling officers that a number of cyclists were wearing dark clothing making them less visible to other road users.

“Cyclists have a responsibility to ride in an appropriate manner and take measures to ensure they are as visible as possible to vehicles and other road users.

“However due to the increase in the number of cyclists taking to the roads, some may be better equipped than others, so the gilets will be handed over to the less visible.”

The gilets – produced by custom cyclewear firm, Velotec – feature the same logo used on first-of-their-kind safe passing distance signs recently put up in Snowdonia (basically along the route of the Brailsford Way).

Bevan said: “During the summer, we usually see cyclist casualties increase, but the majority of collisions are preventable. If everyone was a little more cautious and alert, slowed down and gave each other space, a lot of collisions could be avoided.

“Drivers are not knowingly putting cyclists at risk, but perhaps they’re not looking for them, or maybe they are unaware of the dangers of close pass overtaking. So we are asking all road-users to look out for each other and to help safeguard cyclists.”