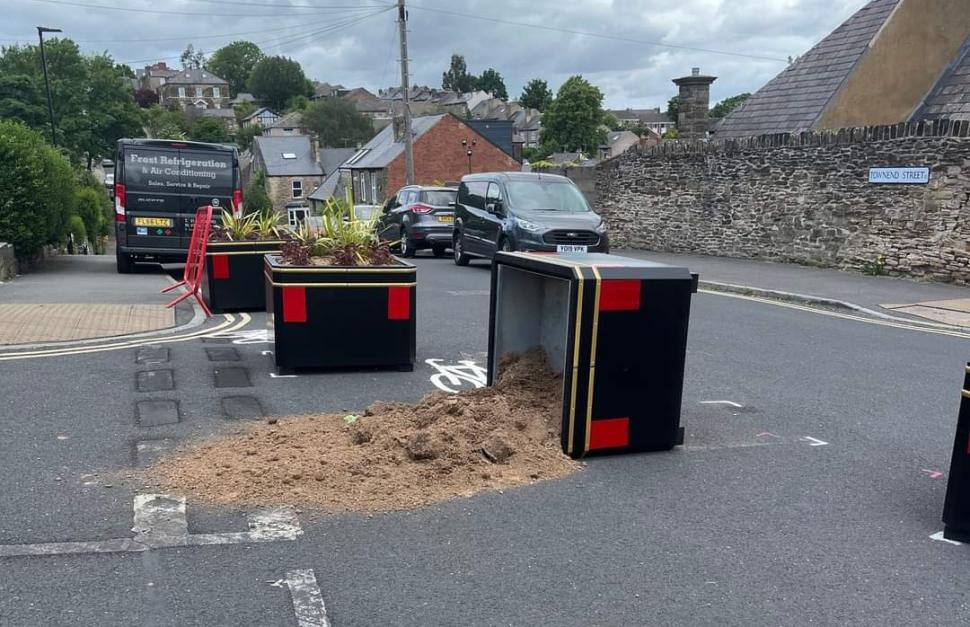 Vandals, believed to be disgruntled motorists, have repeatedly targeted the wooden planters since their installation, prompting calls for them to be replaced by concrete structures
by Dan Alexander

A Sheffield councillor has called for "tougher measures" to "stop the wanton vandalism of Low Traffic Neighbourhoods".

The comment comes following a recent spate of vandalism to the LTN planters in the Nether Edge and Crookes area of the city, which has seen planters repeatedly tipped over.

A photo of the latest incident, shared by Green Party councillor Maroof Raouf, showed the planter used to block the junction of Leamington Street and Townend Street knocked over on Saturday morning.

Cllr Raouf said: "It's a shame this is still happening in Crookes. Tougher measures are required to stop the wanton vandalism of Low Traffic Neighbourhoods. The effects of any scheme can only really be seen once it has had time to bed-in."

It's a shame this is still happening in Crookes. Tougher measures are required to stop the wanton vandalism of #LTN

The effects of any scheme can only really be seen once it has had time to bed-in, this includes the low traffic neighbourhood schemes in NES and Crookes pic.twitter.com/m7jd7OWuIL

The planter was restored by residents, and the incident follows similar vandalism in Nether Edge last week.

That's from this morning mate, I've heard it has now been fixed by residents. Not sure what the vandalism has been like in Crookes overall but it would be nice to know that Labour support LTN trials rather than be totally against them. pic.twitter.com/8yNK8cmkh2

A six-month closure as part of Sheffield City Council's Active Travel Neighbourhood scheme began in Nether Edge on May 25, but has been overshadowed by the vandalism. In the week after installation, planters were damaged twice, with one central bollard being dragged away, the Sheffield Star reports.

In response to the vandalism, Cllr Raouf said he had asked the council to replace the planters with concrete barriers.

"Moving the bollards will lead to someone getting hurt quite seriously," he told The Star. "I think it's totally inappropriate and vigilante action is not the way to go about doing this."

Responding to Saturday's latest vandalism, he joked: "I want to wish them well in case they suffer any lower back damage.

Popped over to see the shiny new school street at Westways this afternoon – what a lovely atmosphere! Pavements clear, families walking and rolling, residents outside chatting about how welcome it is. An easy first win for the Crookes LTN. 👏 pic.twitter.com/FVHsPmbgk7

"I would heavily advise they don't continue. If people are not happy, they need to use the appropriate avenues to feed back their views to their councillors and the council officers.

"It's important to remind people that this is an ongoing consultation and if the feedback is that people aren't happy then obviously we as councillors and also the officers need to take that into account."