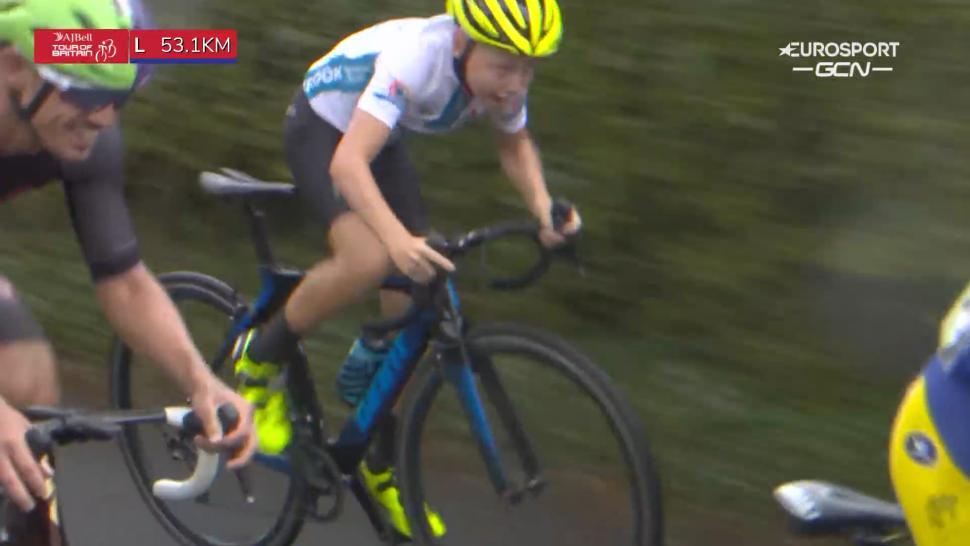 "Giving it the absolute beans!": Kid smashes up climb with Tour of Britain breakaway

It's happened again.....
by Dan Alexander

There's something about a breakaway at the Tour of Britain...

Last year it was Xander Graham who made all the headlines on stage seven of the race when he jumped clear of the breakaway, smashing it up a climb on the pavement, before getting a bottle from Pascal Eenkhoorn, to the delight of cycling fans everywhere...

Well, we might soon have two more junior stars to add to the list of riders who have come through the ranks from a drizzly Tour of Britain pavement...

Spotting a lull in the cohesion of the break the daring pair raced off the front, the first pulling off, presumably after a leg-breaking lead-out, letting his teammate drop the hammer on the incline. 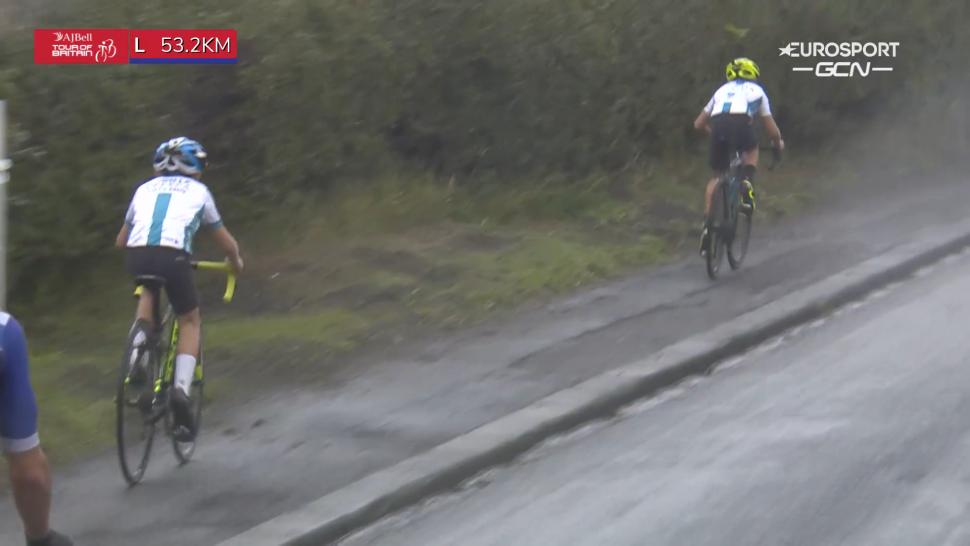 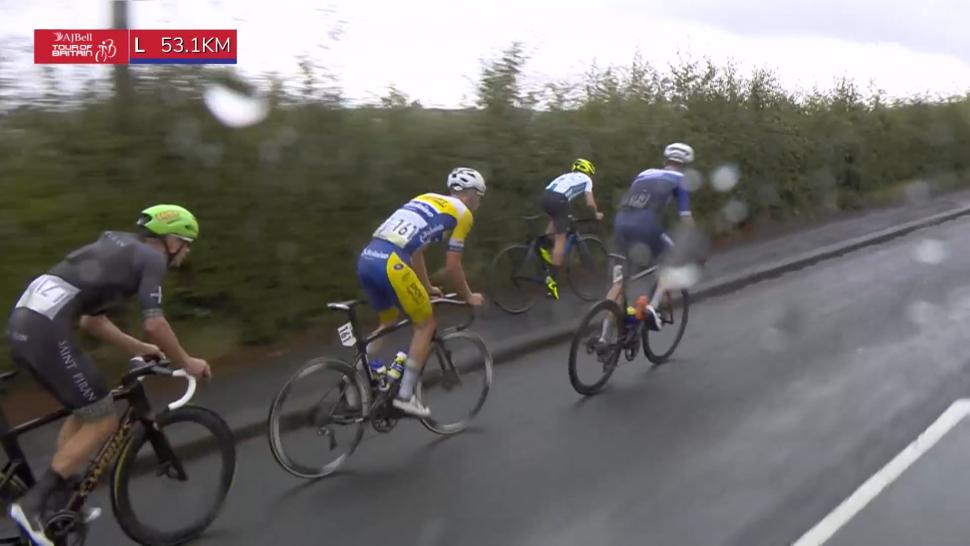 The pros, led by Benjamin Perry of WiV SunGod did well to close down such a dangerous move quickly, leaving the lovely moment of Saint Piran's Alexandar Richardson — whose monstrous pre-race training rides have become a staple of our live blog in recent times — to give a shout of encouragement and enjoy the competition... 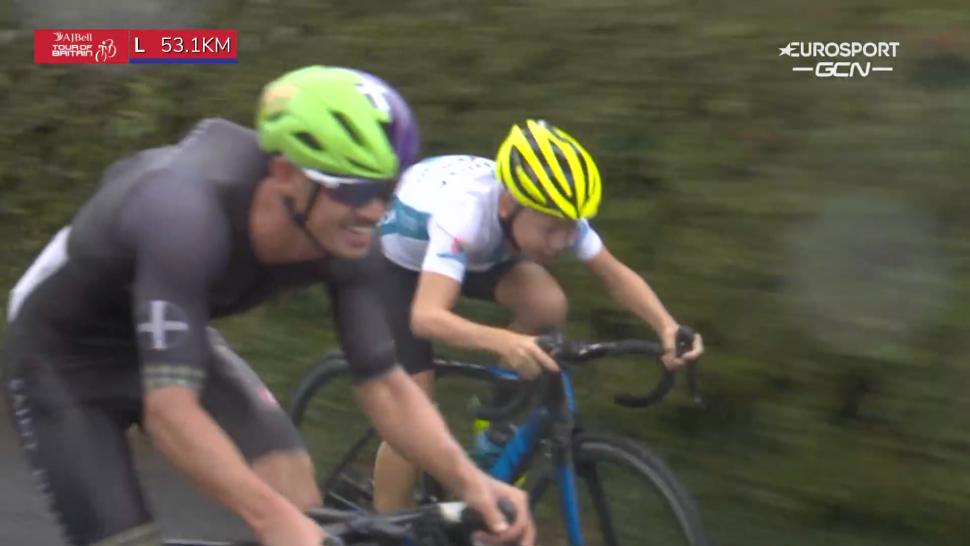 "Here we go," Matt Stephens on comms for GCN said. "Brilliant to see a couple of the local young riders on the left-hand side there, almost a replication of what we saw last year. So magnificent to see.

"Future stars, I reckon. Especially this lad, look at that! Out of the saddle, giving it the absolute beans! Absolutely loving it! Look at Alex Richardson cheering him on as well, this is what it's all about.

> "I had zero control": Team car driver crashes at Tour of Britain

"Wonderful stuff, it certainly put that lad into the red, what a moment, he's on telly, he's having fun and now he needs a bit of a break..."

"He's going to have to go back down to the bottom of the hill and do it all again when the bunch passes," co-commentator Brian Smith added.

In the end, the breakaway survived the chase on sodden, often flooded, roads into Sunderland, with Belgian Kamiel Bonneu taking the stage victory ahead of Perry and Richardson.

With the small gap to the peloton and bonus seconds, Perry is the new race leader and will wear the leader's jersey on tomorrow's stage from Redcar to Duncombe Park in Helmsley.