"It's quite painful to say": Katie Archibald thanks fans for support since death of partner Rab Wardell

Katie Archibald appealed to her Instagram followers to help find the photographer who took a series of photographs of the Olympic champion alongside her partner Rab Wardell, who passed away last week.

Archibald said she kept a screenshot of the photos — taken at the Six Day event in Berlin in 2020 — on her phone, but was successfully able to find photographer Wolfgang Stärke shortly after asking on social media.

37-year-old Wardell suffered a fatal cardiac arrest in bed on Tuesday morning, with Archibald later revealing she desperately tried to save her partner's life. Writing a few days on, Archibald thanked her fans for their support:

"I'm sorry, it's quite painful to say more but thank you so much to everyone who's messaged kind words, condolences, and tragically their own stories of loss," she said.

"I know it must have been hard to share but each one made me feel less alone at a time when I'm struggling to breathe if I think about Rab not coming back. Thank you."

Wardell passed away just 48 hours after he had won the Scottish MTB XC Championship, prompting an outpouring of tributes and condolences from the cycling world. 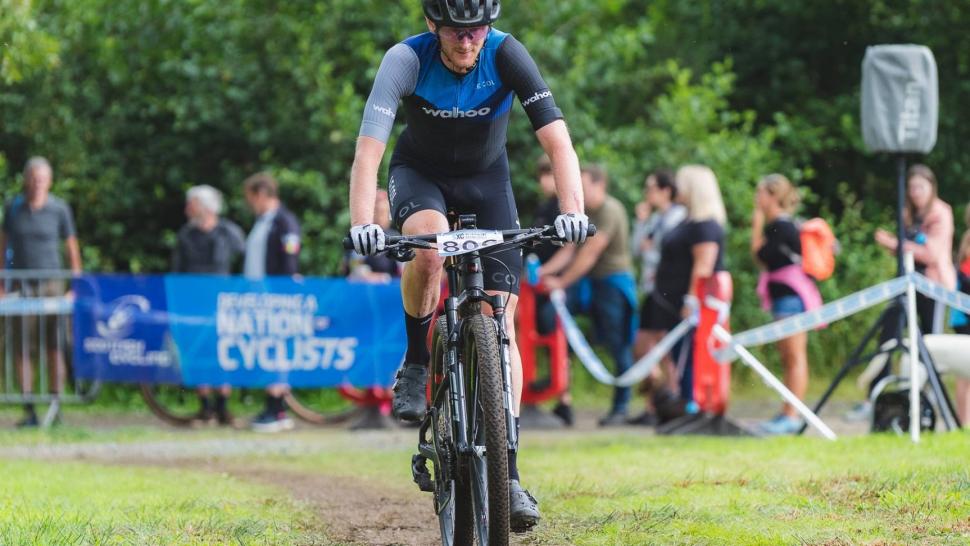 In an emotional Twitter post on Wednesday, Archibald said she didn't "understand what's happened; if this is real; why he'd be taken now – so healthy and happy."

"He went into cardiac arrest while we were lying in bed. I tried and tried, and the paramedics arrived within minutes, but his heart stopped and they couldn't bring him back," she explained.

"Mine stopped with it. I love him so much and need him here with me. I need him here so badly, but he's gone. I can't describe this pain."

The evening before his death Wardell had appeared on BBC Scotland's The Nine programme, where he spoke about his national championship victory last Sunday despite puncturing three times during the race at Kirroughtree Forest, Dumfries & Galloway.

"To be honest, it was a bit of a disaster, but I just have to keep on trucking and keep racing," he said.

"I guess I still felt confident that I'd be able to catch the leaders and win so I just gave it my best shot – what more can you do?"