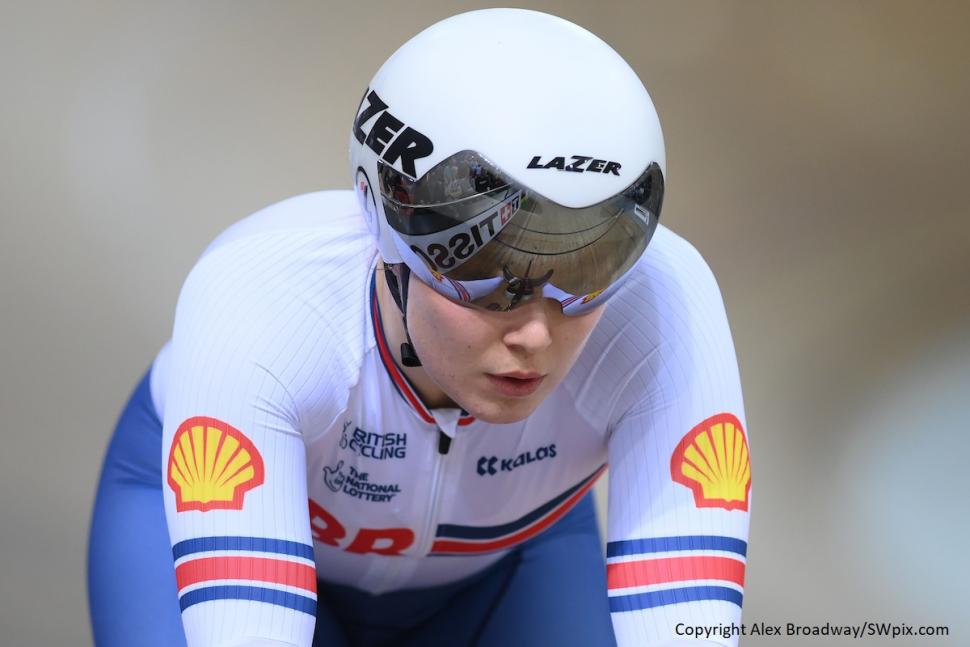 Organisation under fire this week after revealing new partner, but last couple of years have seen huge loss of income
by Simon_MacMichael

Updated to clarify that Shell are Official Partner of British Cycling, not Lead Partner.

This week’s announcement by British Cycling of Shell UK as its new lead partner has been met with a backlash from many members, some taking to social media to say they are cancelling their membership, as well coming under criticism in the media and from environmental organisations.

But with more than two and a half years elapsing between the revelation that former lead sponsor HSBC was terminating its backing four years early, plus the impact of the coronavirus pandemic that followed immediately afterwards as well as what is likely to have been a limited pool of potential partners, could it be that the governing body felt compelled to take the offer, despite the inevitable reaction?

British Cycling’s latest annual accounts – made available to members ahead of its annual general meeting later this month and a copy of which has been seen by road.cc – show that the combination of that loss of HSBC sponsorship as well as the impact of the pandemic continue to hit its finances hard.

A key financial objective of British Cycling in recent years has been to reduce its reliance on public money, which comes in the form of grants from Sport UK, tied to targets and performance in each four-yearly Olympic cycle, and Sport England – a total of £15.4 million in the past financial year.

In order to achieve that, it has aimed to grow revenue streams that it can generate itself, principally sponsorship and rights fees – reflecting income primarily from the lead sponsor but also from kit and equipment suppliers, as well as from broadcasters – plus income derived from membership fees and events.

HSBC became British Cycling’s lead sponsor at the start of 2017, signing an eight-year deal to replace broadcaster Sky which had decided not to renew its sponsorship after the 2016 Rio Olympic and Paralympic Games.

Sky’s sponsorship was estimated to be worth £10 million in the preceding four-year Olympic cycle, and while estimates of the backing HSBC gave British Cycling vary wildly, it is likely to have been significantly more.

But in February 2020, British Cycling HSBC decided to end its eight-year sponsorship four years early, exercising a break clause due to what it termed “a shift in UK marketing and partnership priorities.”

That followed a period of turmoil at the governing body, including a UK Sport-led investigation into its governance following allegations of a culture of bullying and discrimination, a Parliamentary Committee report that was strongly critical of the organisation, a UK Anti-doping investigation into allegations of wrongdoing, and the then ongoing medical tribunal against former Team GB doctor Richard Freeman, who would eventually be struck off the medical register in March 2021.

While none of those was cited as the reason for HSBC’s decision to end its sponsorship early, it would be unsurprising if the succession of negative headlines coverage of those issues received in the mainstream media did not play at least a part in it.

News that HSBC was to terminate its partnership four years early was immediately followed by the onset of the coronavirus pandemic which led to events being postponed and cancelled throughout that year and into 2021, and the impact of both can be seen in British Cycling’s accounts in recent years.

While HSBC’s sponsorship had been due to end on 31 December 2020, the bank continued with its partnership throughout 2021, albeit on what are likely to have been much reduced terms, and leaving the governing body without a lead sponsor heading into this year.

The lower sponsorship income coupled with plummeting event revenues in 2020/21 – down from £1.7 million the previous year to just £45,000 due to cancellations enforced by COVID-19 – also led British Cycling to furlough a third of its staff and make a number of employees redundant.

A long search for a new backer

Businesses and organisations around the world have likewise had to face the challenges the pandemic brought with it, taking up a great deal of management time and focus – but the fact that it is only now, more than two and a half years after HSBC announced the ending of its sponsorship that British Cycling has unveiled its new backer suggests that the search has been a far from easy one.

Could that also help explain why it was Shell – which British Cycling surely knew would provoke a backlash – that was named as the new partner? That there was simply no other business around of the required stature able to provide sponsorship that is in any event likely to be well below the levels provided by HSBC between 2017 and 2020, with the times citing a figure of between £1 million and £1.5 million a year?

Meanwhile, for businesses involved in the fossil fuels industry, sport has increasingly become an attractive area of sponsorship, with Shell itself ending its partnership with arts venues such as London’s National Gallery following a longstanding campaign against the sector being involved in the arts.

This week began with Giro d’Italia organisers RCS Sport being strongly criticised for reports that the closing stage of next year’s race will not take place as originally planned in Trieste, but in Rome, requiring a 700km transfer, by air for the riders and by road for the huge caravan that accompanies the race.

That news threw a spotlight on the supposed environmental credentials of the sport, with teams and riders criss-crossing the world by plane to take part in events and given the convoy of vehicles that accompany races – not to mention the presence of team sponsors including companies such as Ineos and Total Energies, as well as oil-rich states such as the United Arab Emirates and Bahrain.

The announcement of Shell as British Cycling’s official sponsor has added fuel, as it were, to that fire, as well as to the wider issue of companies or regimes using team sponsorship, or the hosting of events, to try and enhance their reputation – something that will come into even sharper focus in the next few weeks as Qatar hosts the FIFA World Cup, which begins on 20 November.

> British Cycling and Shell: THAT very controversial deal discussed plus beam etiquette on the road.cc Podcast

NB Following publication of this article, British Cycling contacted us "to clarify that Shell have joined as an Official Partner rather than a Lead Partner, so the relationship isn't an equivalent of where we were with Sky/HSBC, which is why the agreement is more limited (both in scope of activity and the finances)."