Dan Alexander is here for your Wednesday live blog party...I mean, not a party...there was never a party... 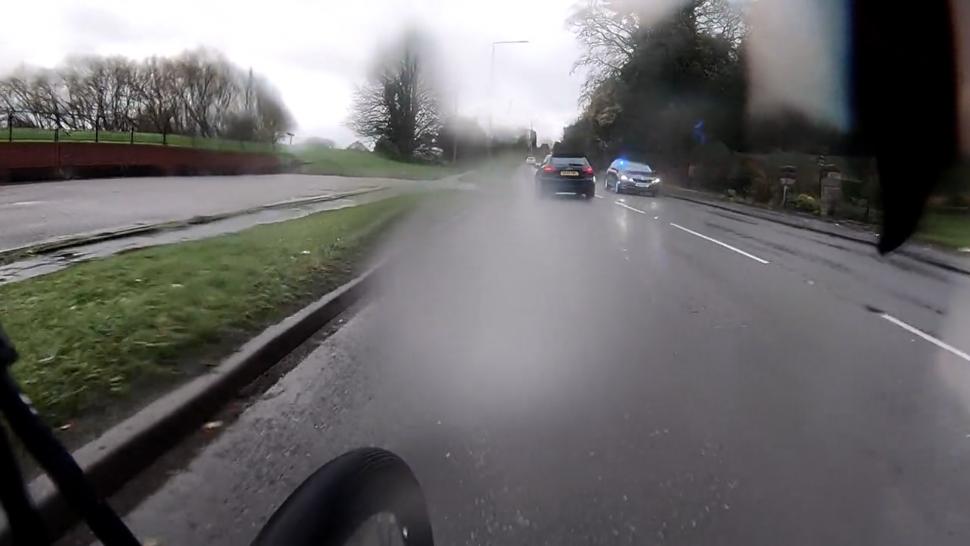 Getting that pre-season sweat on 😅@swiftybswift underestimating how nice the Mallorcan weather can be at this time of year. You'd think he'd know by now... 🙈 pic.twitter.com/HfTa14BvAE

Oh to have the problem of being somewhere too sunny...poor Ben Swift has been worn down by an autumn of training rides on the Isle of Man. Now in sunny Spain (Mallorca to be precise), and Swift swiftly realised it's not the weather for long sleeves and tights.

You'll get no sympathy from us, Ben. Back in Britain at the moment, I'm lucky to get out the door without a snood, hat, gloves, arm warmers, thermal base layer, winter jacket, two pairs of socks and the rest of your standard kit...and none of that is fancy free team stash... 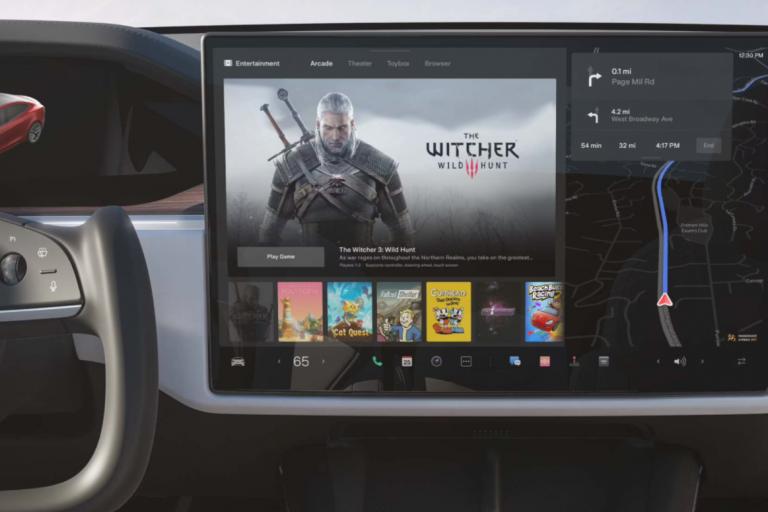 What would make you accelerate to overtake a cyclist after seeing a police car with it's blues flashing coming the other way but complete confidence that no action will be taken against you whatever the report or outcome pic.twitter.com/1WNoTq1G6J

We've all seen/experienced plenty of MGIFs in our time. Those drivers who just have to get ahead of you, often without a thought for that left turn they're about to make, or those traffic lights, or those stationary vehicles ahead. It gets them nowhere and often all that it achieves is handing you the inconvenience of now being stuck behind them and having to casually roll past with an annoyed look on your face...

> Near Miss of the Day 673: “Way too close to ignore” – impatient driver brushes past cyclist

In this case, even a blue flashing lights emergency service vehicle doesn't stop this driver from simply having to get ahead of that pesky slow-moving cyclist. The overtake saves the motorist a couple of seconds, and they've barely returned to their side of the road when the police vehicle flashes past.

ReCyclingDave speculates the only thing that could motivate you to pull this manouvere is the "complete confidence that no action will be taken against you whatever the report or outcome".

That's the bad news...Dave also had some good news...here's how it should be done...

These drivers had been behind me for about 1 mile, no tailgating, no horns, both waited until there was enough safe space to overtake, exemplary driving pic.twitter.com/JLtMwvPOpe Over 10 billion miles have been logged by cyclists worldwide this year, and Strava also says its Year in Sport report is one of the largest studies into the active lifestyles of the British population
8
08 December 2021, 12:55
The pro-LTN hall of fame

Should I ever have grandchildren & they ask me what I did to help fight climate change in the early 21st century I will spend ages rooting through drawers looking for this & my glasses. pic.twitter.com/9y4Agd7lZd

Get your magnifying glass out... 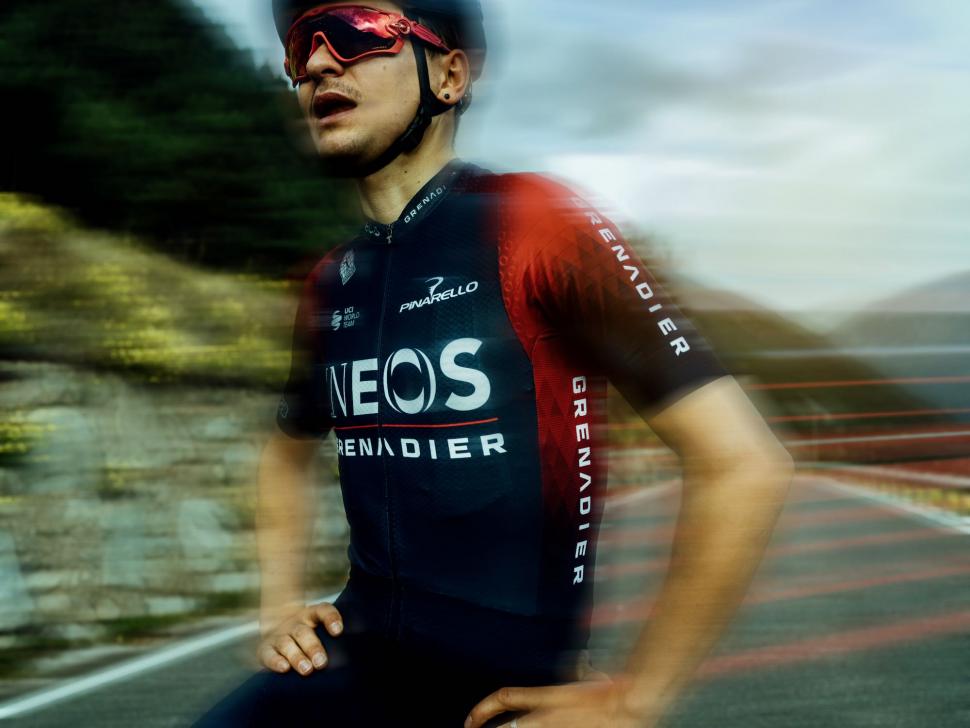 He's an ambitious young lad is Tom Pidcock...the 22-year-old has spoken about his goals for next season and couldn't help himself suggesting, if not next year then sometime in the future, a triple world champs tilt could be on the cards.

"I want to be world champion in all three, [cyclo-cross,mountain bike, road] all in the same year. I just need to wait for when all the courses suit me – next year, we still don’t know the course for road worlds, so we’ll have to see," Pidcock told VeloNews.

Pauline Ferrand-Prévot is the only rider to have ever won all three, albeit across two seasons. "I want to go to ‘cross worlds to win," Pidcock continued. "I want to win some classics next year, and the Giro is the grand tour I want to ride. Then I want to focus on mountain bike in the second part of the year and try and win mountain bike worlds." 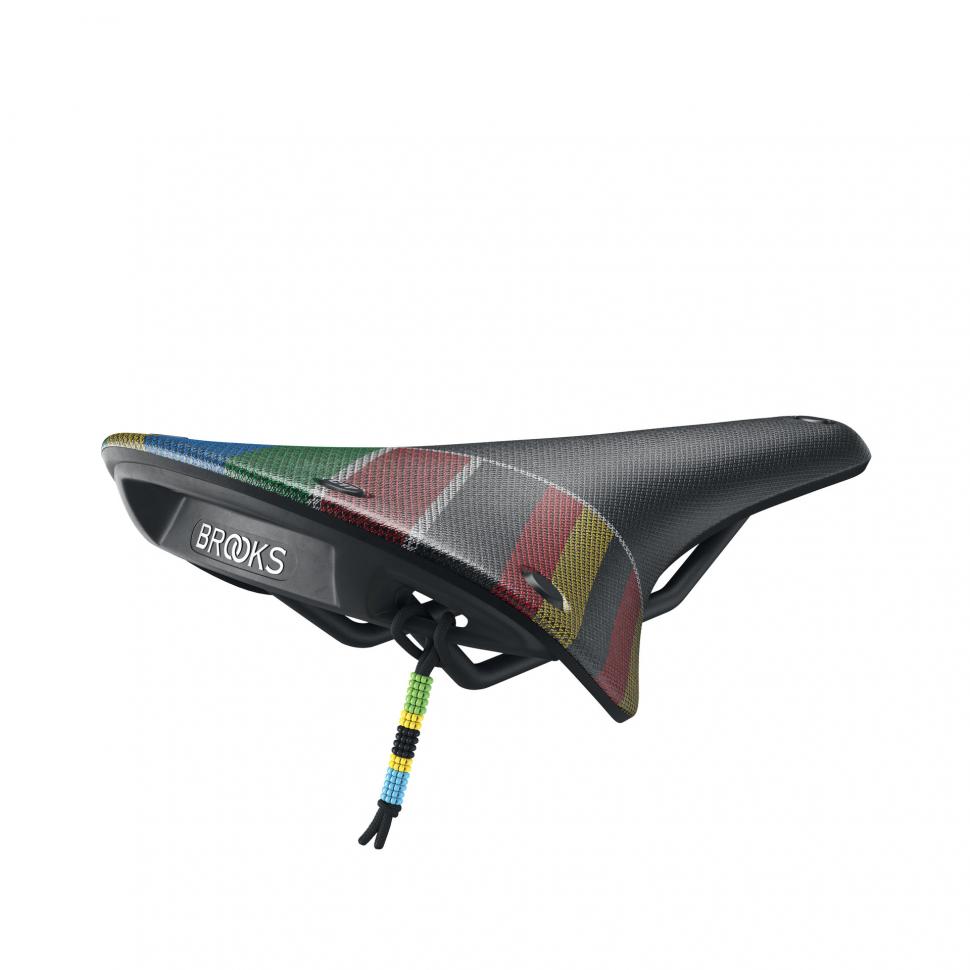 The inaugural 2021 event welcomed top gravel riders from Africa and around the world in an effort to raise the profile of cycling in Kenya and increase opportunities for African cyclists.

“By purchasing this limited edition saddle you’ll be directly supporting the Maasai in their effort to maintain their beautiful cultural practices as well as the AMANI project in their laudable goal of making the sport of cycling more accessible to athletes from East Africa,” says Brooks.

The Migration Cambium features a colourful design inspired by the event and comes in a special set including a beaded saddle charm handmade by local Massai craftspeople. 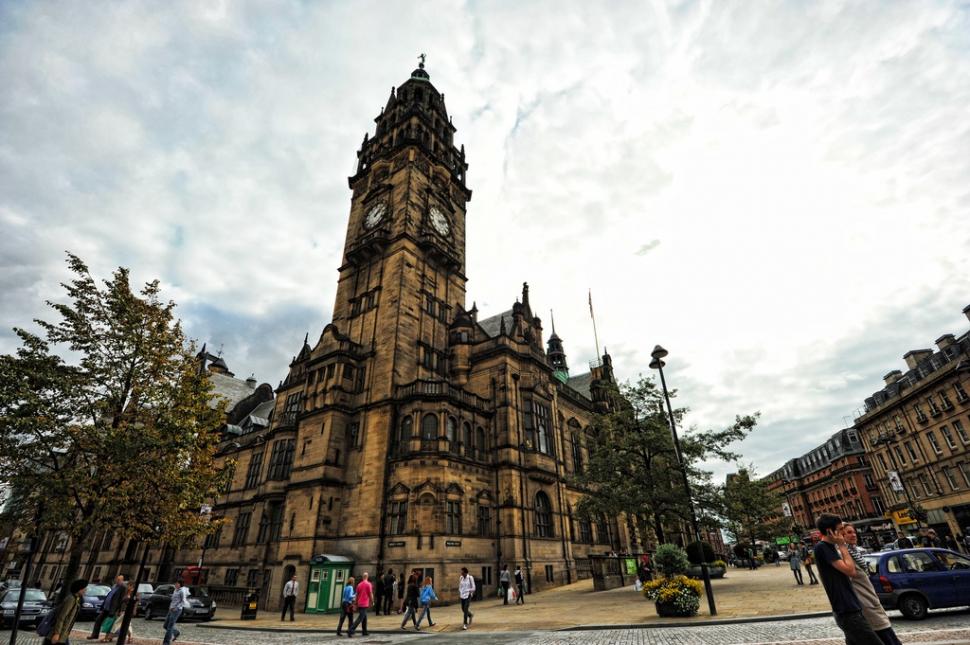 Yorkshire Live has reported Sheffield Council's latest messaging on tackling climate change, including a major increase in cycling, walking and public transport use. The city will follow Birmingham and Bristol in enforcing a Clean Air Zone from next year, which will charge drivers a daily fee for entering the city centre if their vehicle does not meet emissions standards.

The council said car use would need to be reduced by 66 per cent, with public transport and active travel needing to increase by 80 per cent by 2030.

08 December 2021, 10:58
Behind the scenes with Deceuninck-Quick-Step and Mark Cavendish at the Tour de France

The Tour was good this year, wasn't it? That first week we had Wout van Aert, Julian Alaphilippe and Mathieu van der Poel going head to head, seemingly oblivious to the other 181 riders in the race. Then we had Cav winning once, twice, three times, and a fourth. Looking back, what a three weeks that was for Deceuninck-Quick-Step.

Probably all that was missing was a Merckx record-breaking 35th Cav stage win on the Champs-Élysées. No wonder the boys in blue have been so keen to get this behind the scenes look at their three weeks in France out to the masses. 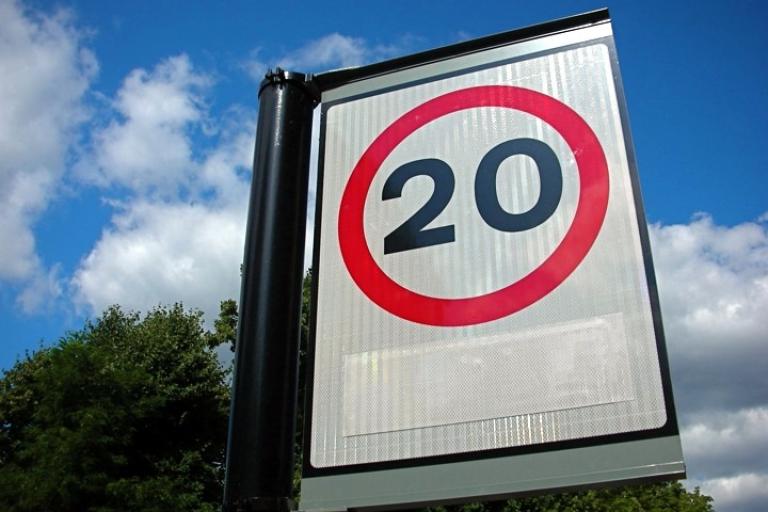 People most likely to commute by bike where traffic speed below 20mph – but presence of lorries on roads makes no difference, says study

From the smorgasbord of opinions on this: your landlord will hate you...but with water pressure like that it's the least they deserve, your drivetrain will hate you more, it's one way to keep plumbers in business...

Anyone else turned their bathroom into a bike cleaning station? 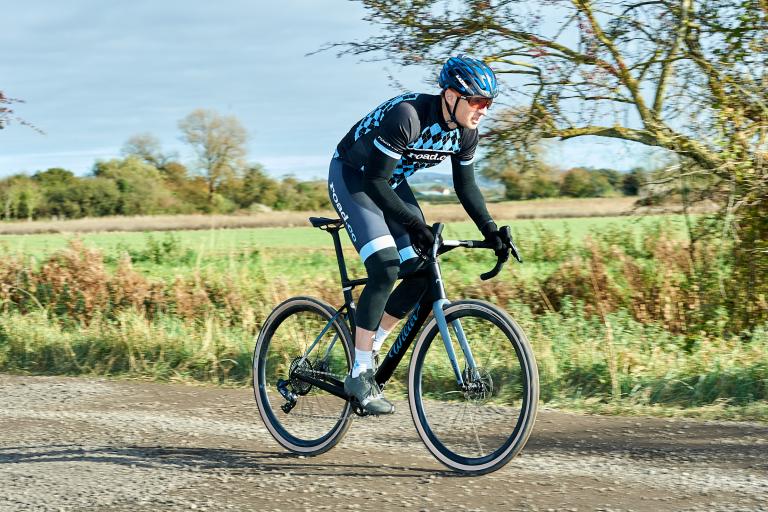 I’ve just looked back through my photos to check for hypocrisy.

On the day of the Downing Street party, the 18th Dec, I was literally trying to play Last Christmas on a recorder through my nose. pic.twitter.com/I62vUn3KCa

As lockdown alibis go, that's a pretty strong one... 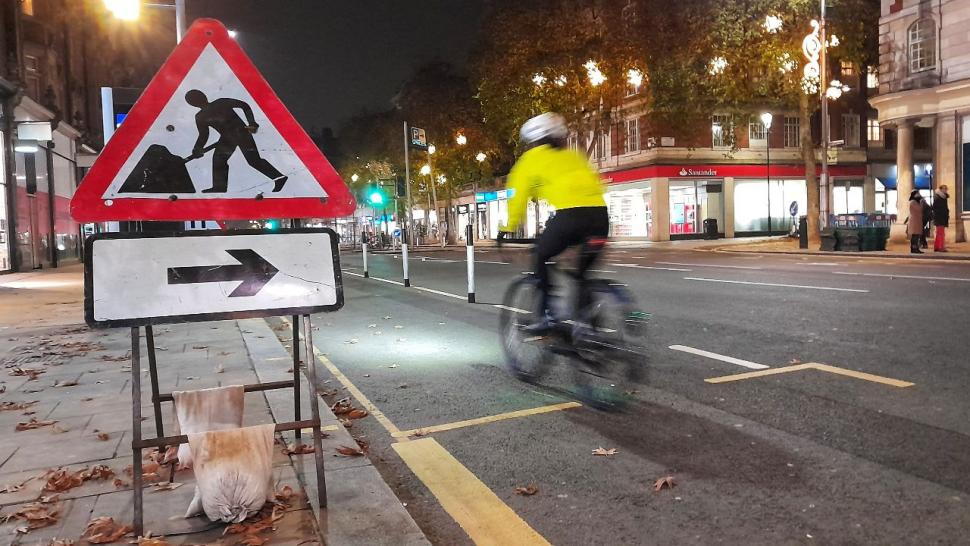 I think it's safe to say not too many of you were surprised by yesterday evening's news that traffic data firm Inrix had distanced itself from the anti-cycle lane angle of London being named the world's most congested city. Inrix said the headlines were "not accurately representing what we have said" and they even added that one journalist admitted deploying the anti-cycle lane angle as it "gets more readers". Who saw that one coming?

Answering that rhetorical question is...Jeremy Vine. The Vine on 5 presenter and broadcaster can proudly point out his tweet from lunchtime yesterday where he said the report had been "completely garbagified" because "the one way of getting publicity is to attack people who cycle". Meet Mystic Jez...

Exactly, Ruth. The report by @INRIX_UK has been completely garbagified by a PR unit because they know the one way of getting publicity is to attack people who cycle. And lo, all the haters pile in. Cyclists are a vulnerable minority and the haters should be ashamed of themselves.

Imagine his shock, when a mere five hours later, this popped up on his timeline...

You lot weren't too surprised either, cue the GIFs...