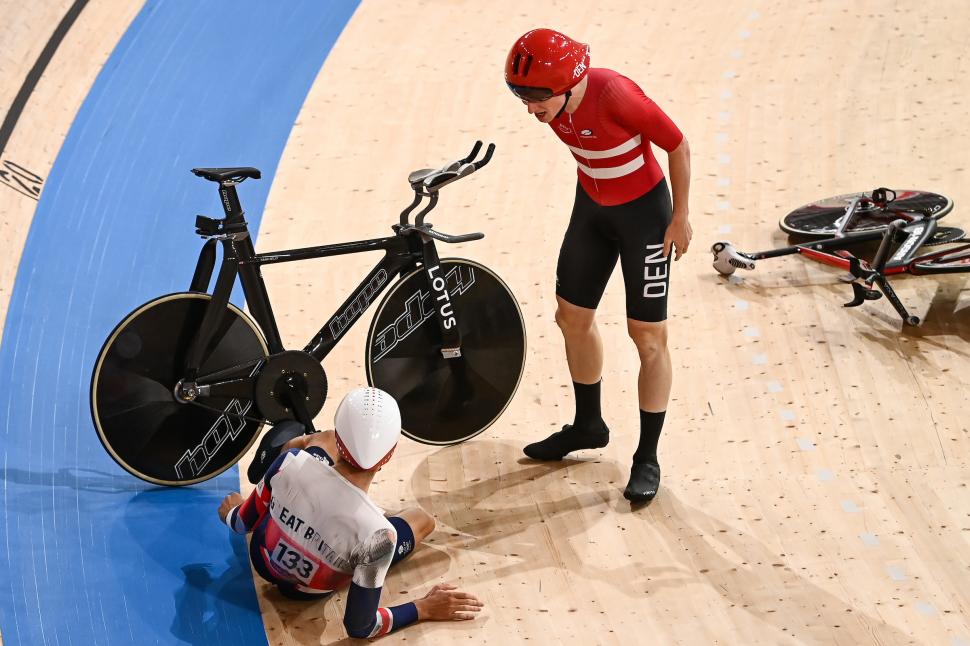 At 13 years old, Olympian Sky Brown already has a million Instagram followers, a published book and a Nike sponsorship deal 😯 How is the pocket-sized superstar doing it? 🛹#Tokyo2020 #Olympics @SkateboardGB https://t.co/1Wiee0CVSx

Unless you've been living under a rock today, you've probably heard about 13-year-old Sky Brown - Britain's youngest ever Olympian becoming Britain's youngest ever Olympic medallist. For context, she was born on 7 July 2008. 2008! That's just two days before Cav won his first stage of the Tour de France in Châteauroux...Way to make us all feel old. 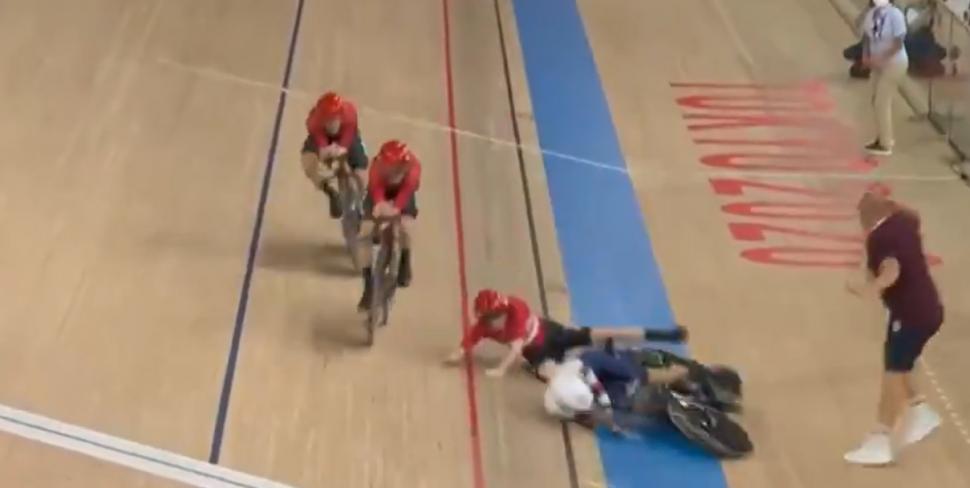 Frederik Madsen has apologised for his angry confrontation with Team GB's Charlie Tanfield after yesterday's dramatic semi-final crash. Madsen rode into the back of Tanfield and was quickly up, shouting at the Brit as he lay on the track and could be heard shouting "f*** them" as he stormed off.

Having cooled off, Madsen addressed the unsavoury scenes: "I just had so many emotions running through me and I just hope he is okay. I was not saying things at Charlie. I was basically shouting because I was frustrated, not at Charlie but at the situation.

"I'm not at the Olympics to run into someone and crash. And I hope all the best for Charlie. I don't wanna be on the ground. I was just frustrated at the situation, not at him. Because he was doing his job and I was doing my job."

The Dane also addressed the comments of British Cycling's performance director Stephen Park who said their rivals should be kicked out the Games for their use of medical tape for an aero advantage. The tape mysteriously disappeared ahead of the semi-finals and has not been seen since...

"We don't have anything to do with our equipment, clothes and the rest out of the sport. We just go on the bikes and we just ride our race. That's the only job that we have," Madsen explained. "We do what our team tells us to do. Ask a Formula 1 driver if he knows everything about the car - he does not. So we don't know anything about our equipment. Ask our team, not us."

We present you the rarest of treasures- an 11-34 Ultegra cassette!!

Admire it and desire it. pic.twitter.com/GPnDCyBubS

NorthRoad Cycles have struck gold... well actually, an Ultegra cassette is probably more valuable than gold at the moment.

For those not so familiar with the recent component shortage woes, see here. 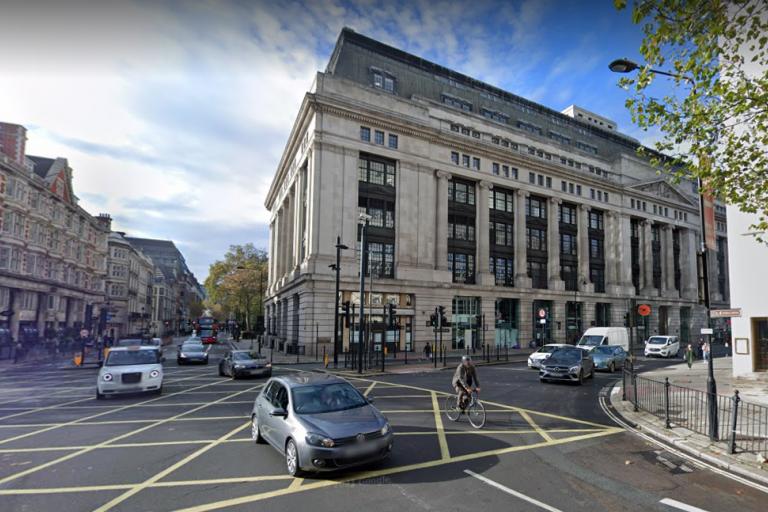 Welcoming star signing Peter Sagan to the team by forgetting four of his Tour de France green jerseys isn't the best start. At least they chose their best font for the job...

Also, if we take Pro Cycling Stats as gospel, then perhaps that 117 victories should actually be 118, but I doubt even Sagan picked up on that.

Sagan probably be like: what team have a signed a contract with here?! I mean seriously: how can anybody working as a press official not know that Sagan has 7 green yerseys? I believe 98% of your followers know that. Maybe more. Unbelievable. pic.twitter.com/PBkBQU03YQ

Sagan has joined the newly-rebranded Team TotalEnergies for two seasons as they hope to eventually gain a spot on the WorldTour and build on their four wins at the level since 2017. The three-time world champion is bringing Specialized on board as bike sponsor too to aid the transition and the brand will provide all the team's shoes, helmets, while Sportful will design the kits.

"This new adventure is very exciting. Jean-René is a manager who wants to change the lines in the world of cycling, I hope to be able to help this team to achieve it, and to win many races under these new colours," Sagan said. "For now, of course, I remain focused on the end of season goals with my current team, and I will join my new formation with a winning spirit this winter."

Ever the keen eye for the important things, I think the biggest takeaway from this is that Cav's cat is named after Ed... 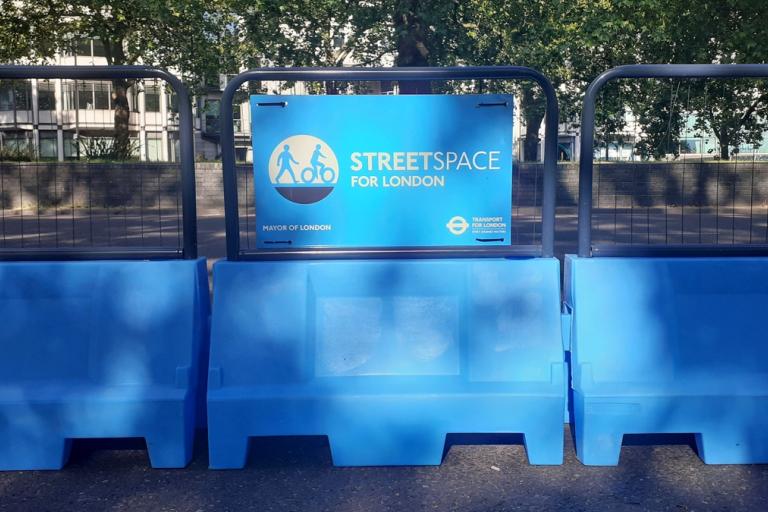 No foundation in judge’s claim that steps taken by TfL and Sadiq Khan in response to pandemic were “seriously flawed”
47
04 August 2021, 13:26
When car companies design bikes...Volvo plastic touring bicycle up for 60 quid

When car companies design bikes, bad things invariable happen.
Behold the Volvo Itera from 1980 something. Bids start at £60, at least your buying something "unusual" https://t.co/eXOCTIKB8e pic.twitter.com/UMJSeBz9Zh

The list of things I'd rather spend 60 quid on is almost never-ending...Volvo's Itera bicycle model from the 1980s isn't a looker, nor does it strike me as a performance machine...

Soon-to-be up for auction with The Sale Room, the bidding will start at £60, but the auctioneer reckons they could get as much as £150 for it. Not from us you won't. The Itera comes with a step through frame and aluminium bars and seat post...to at least try and cancel out the flimsy plastic frame.

Three-speed gears, plastic eight-spoked wheels and fitted dynamo and lamps are as good as the finishing kit gets here...and to top it off the lucky highest bidder will also have to pay 33% extra in auction fees...Tempted?

Obviously it's still not the best place to go for a spin, but that M9 hard shoulder is better than most cycle lanes...

If Movistar was a country, Carapaz wouldn't have won gold.

Think Amsterdam was always a city of bikes? Decades ago it wasn’t.

Think Copenhagen was always a city of bikes? Decades ago it wasn’t.

Think central PARIS was always a city of bikes? TWO YEARS AGO it wasn’t.

By the end of next year the centre of Paris will be one huge low traffic neighbourhood as through traffic is banned. A further 50km of pop-up bike lanes are also to be made permanent in a move by Mayor Anne Hidalgo to make the French capital "100 per cent bike-friendly" by 2024 and delivering on her re-election promise of a bike lane on every street.

And, what's more, six in ten users of the new pop-up lanes are new to cycling, according to the city's government. The lanes were first introduced during a public transport strike in the winter of 2020 but have been expanded in response to the pandemic.

2 of the best pieces of bike racing I’ve ever seen. Aus vs NZ until the crash looked like a boxing match that was deeply personal, exchanging hundredths of a second lead.

Then there was Italy vs Denmark. Just wow. #Tokyo2020 #trackcycling

One of the BEST Team Pursuit finals EVER!!!

Italy's average speed, from a standing start, just a shade under 65kph, or over 40mph.

Next time you're up to that speed, presumably on a descent, imagine doing it a couple of centimetres from the rider in front, with no brakes.#Tokyo2020EnTVN

How good was that? The Danes looked to have the team pursuit gold in the bag...and then Ganna got on the front. The individual pursuit world record holder laid down some thermonuclear wattages, single-handedly dragging Denmark back and setting another world record in the process.

That's the first time Italy have won this event in 61 years - with a new world record too! 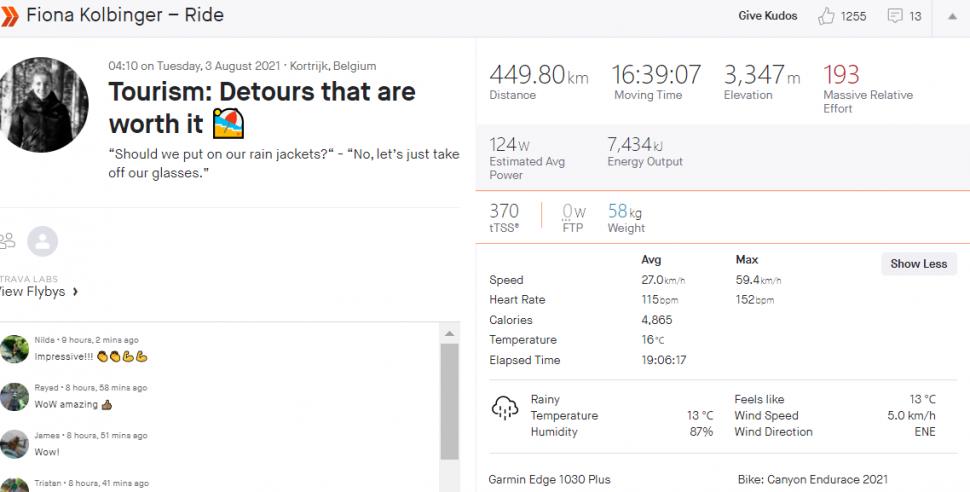 To most, a detour would be a slight inconvenience, a short diversion on your commute perhaps? For reigning Transcontinental Race champion Fiona Kolbinger however, a detour is a 280-mile raid across northern France at 27km/h... It is more or less what we've come to expect from the endurance specialist...In June, Kolbinger stunned her followers with a 428km ride averaging 30.5km/h, while a month ago she uploaded her Strava file from a 778km epic across four countries, ending in the mountains of Italy.

Starting just after 4am in Kortrijk in Belgium, Kolbinger and her riding partner quickly passed over the border into France and powered across the north of the country, reaching Rouen before midnight. And they would have got further if they hadn't circled back to stay in the capital of the Normandy region...perhaps that was the detour...

To make things even more impressive, the ride wasn't a one-off. The day before Kolbinger rode the 217 miles from Bonn in Germany to their start point. She'll probably be in Spain by the time tomorrow's live blog's up...